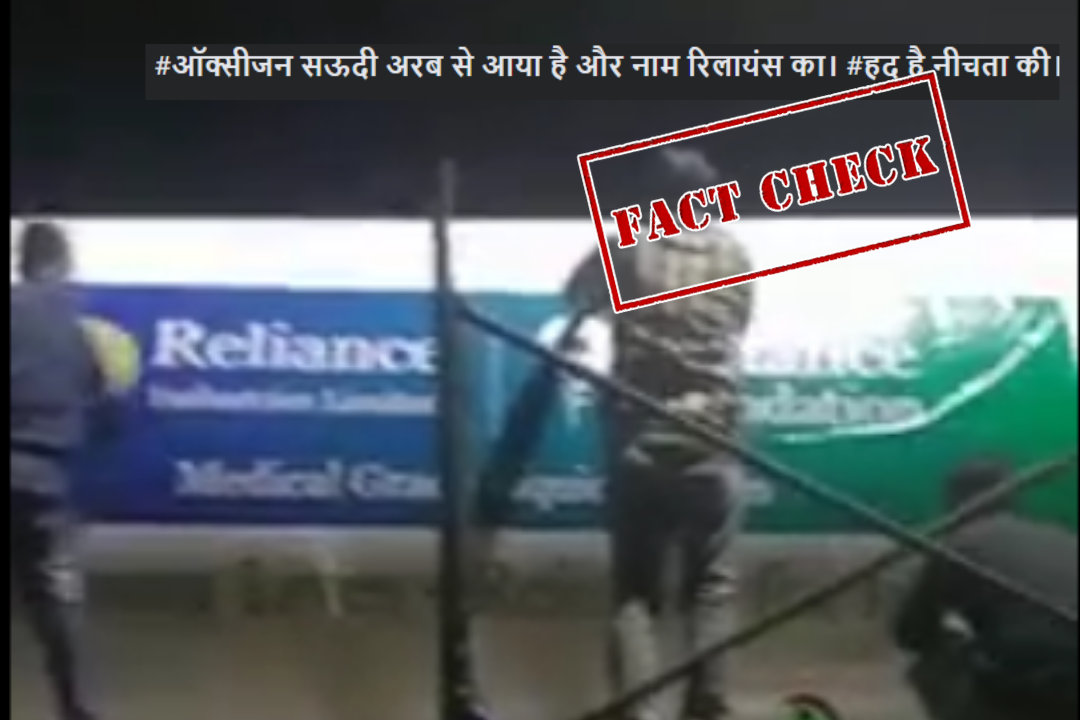 As the country faces an acute shortage of medical oxygen in the middle of the raging COVID-19 pandemic, various countries have come forward and have committed to supply oxygen, PPE kits, raw materials to produce vaccines among other supplies.

After Saudi Arabia shipped liquid oxygen to India, a video started circulating on social media with a claim that the oxygen tankers are being relabelled by ‘Reliance’ to take the credit.

(Translation: Oxygen that has come from Saudi Arabia is being relabelled as Reliance. How low can they stoop) 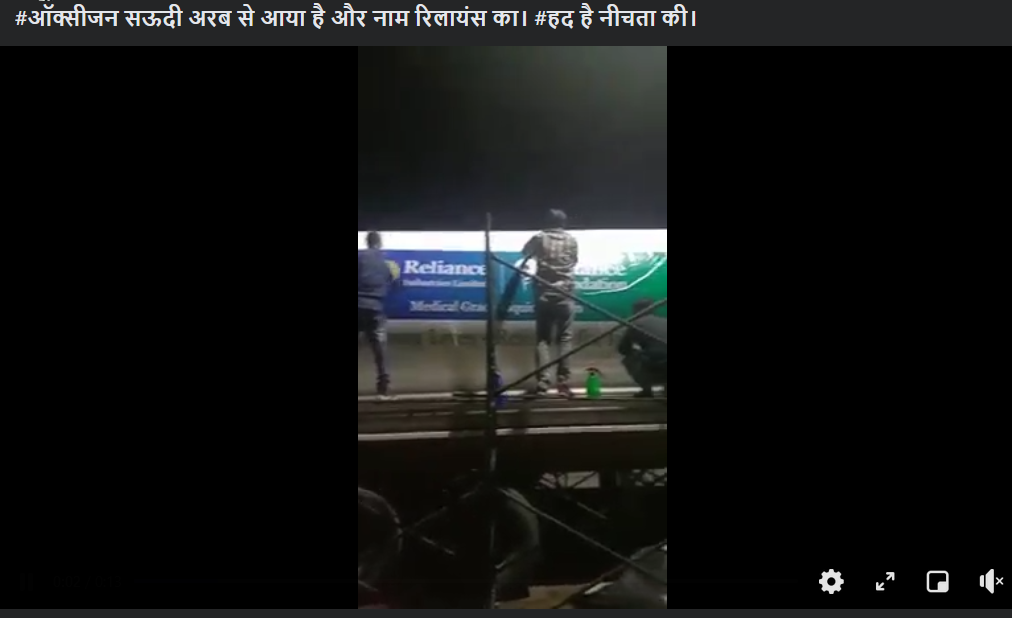 We ran a keyword search and found a report by The Hindu published on May 2, 2021. The headline of the report read, “RIL ramps up production of liquid medical oxygen, augments tankers for faster supplies”.

Oxygen tankers similar to the one in the viral video can be seen in the report. 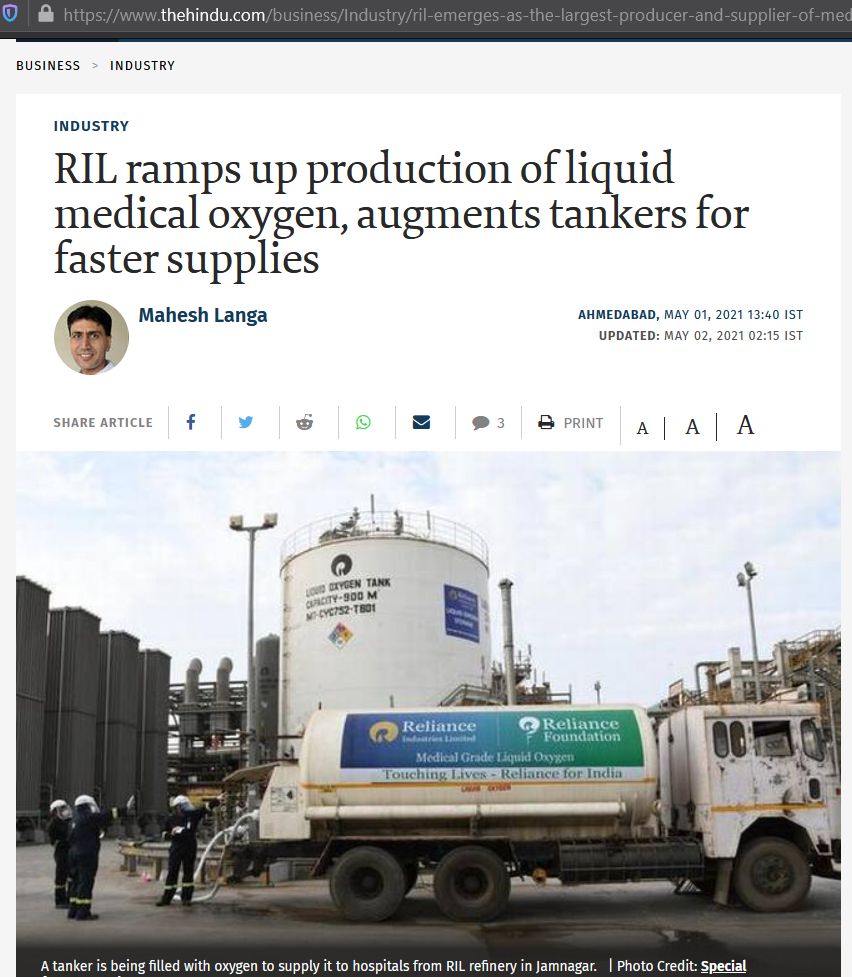 According to the report, Reliance Industries Limited (RIL) has ramped up its production of medical-grade oxygen from 0 to 1000 MT per day, constituting more than 11% of the country’s total medical grade liquid oxygen production.

We found another report by India TV that stated that Reliance Industries has become India’s largest producer of medical-grade liquid oxygen from a single location. 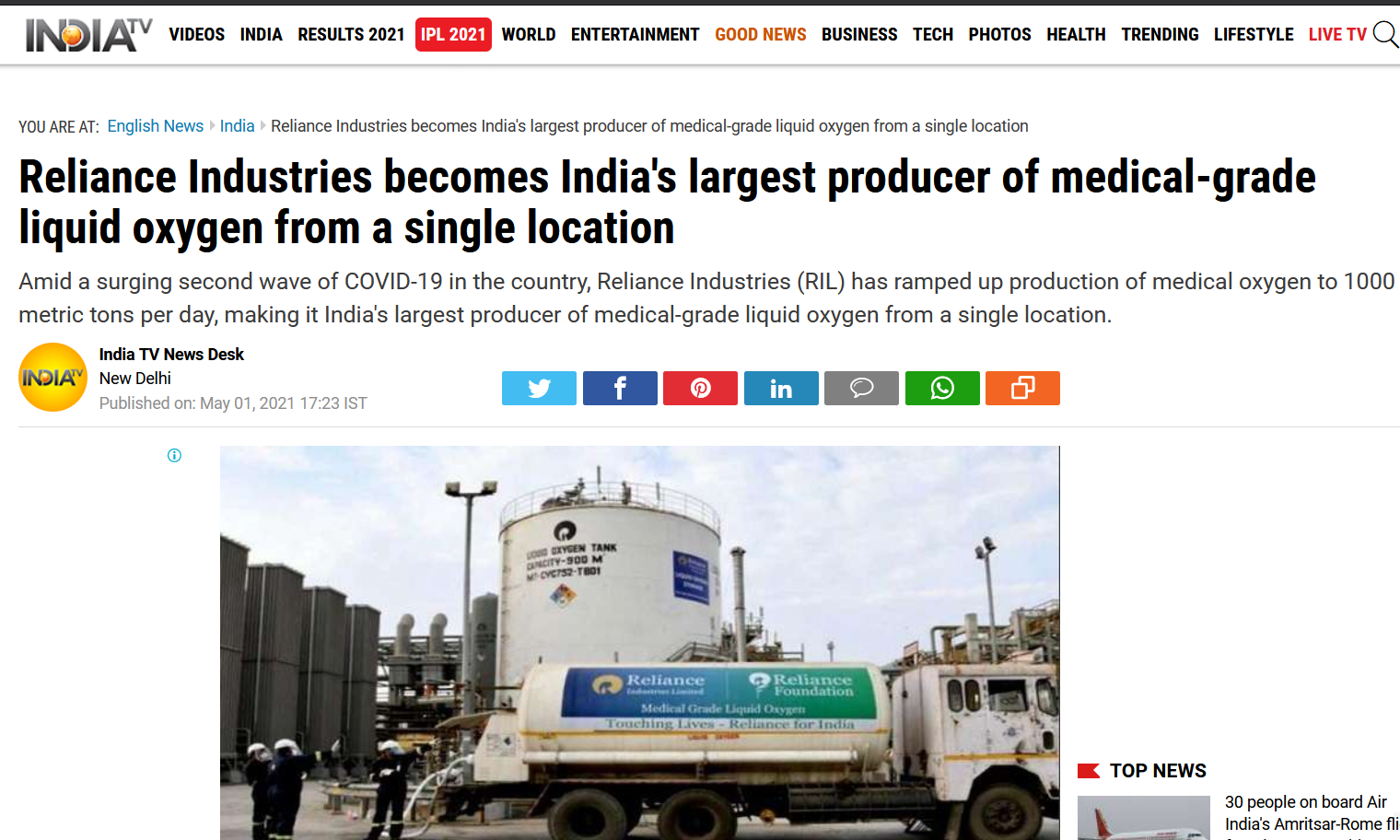 Further, we found a press release regarding ramping up and importing oxygen tankers published on the Reliance Foundation website. The release mentions that Reliance has airlifted 24 ISO containers for transporting oxygen, creating an additional 500 MT of transportation capacity.


We further found the tankers sent by Saudi to India on April 25, 2021, however, no labelling can be seen on the tankers.

Hence, from the above fact check, it is clear that Reliance is producing its own medical-grade liquid oxygen and is importing oxygen tankers from other countries.

Hence, the post claiming that tankers from Saudi Arabia are being relabelled is fake.