As the COVID-19 cases continue to rise in India, people are desperately looking for treatment against the deadly virus. Amid this, an injection named “COVIPRI” is circulating on social media, with many referring to it as the Remdesivir injection.

An image of “COVIPRI” packets, with the “Remdesivir” injection written on them, is being shared online. 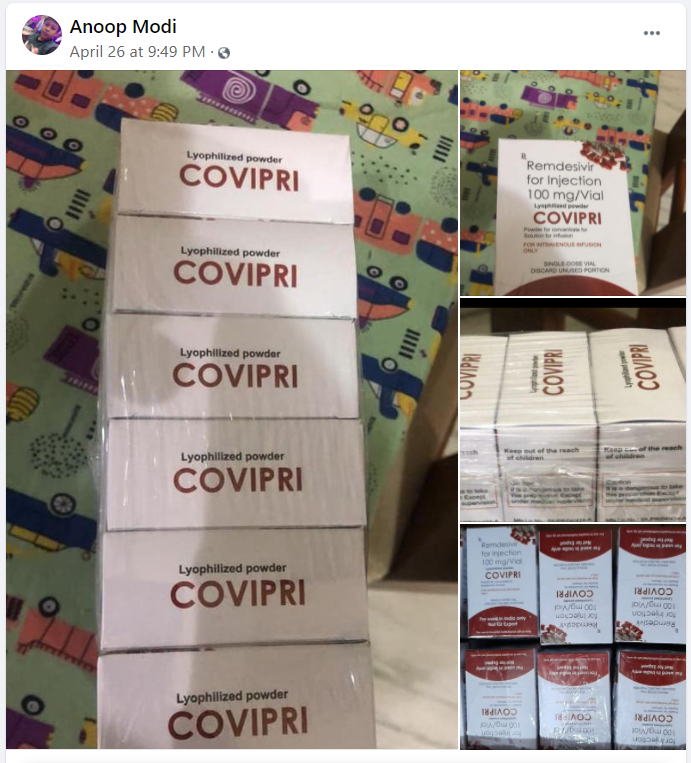 This viral COVIPRI packaging raises a lot of questions on the authenticity of the drug as it is punctuated with grammatical errors. For example, it is written, “For used in India only. Not for export”, which is wrong English. 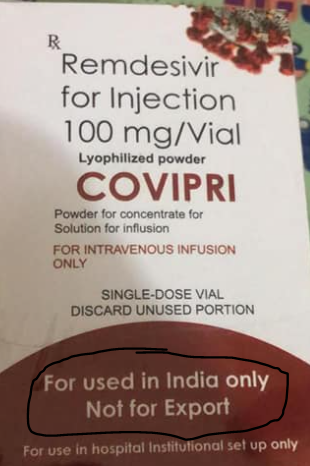 The address given as manufacturer’s details are also grossly incorrect. Two places are mentioned, Mettupalayam and Singtam with the claim that both are in Sikkim. But while Singtam is in Sikkim, Mettupalayam is in Tamil Nadu. 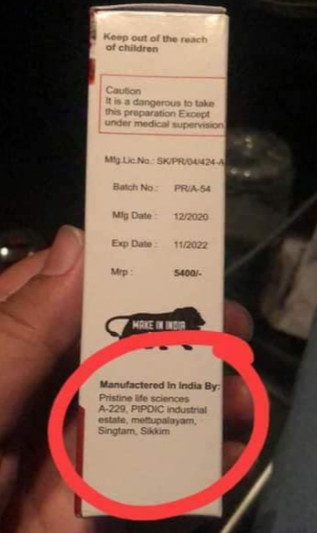 We found a tweet by Sikkim MP Indra Hang Subba in which he clearly stated that “Remdesivir COVIPRI available in the market is fake. No such place named Mettupalayam exists in Sikkim. Please refrain from buying unverified medicine.” 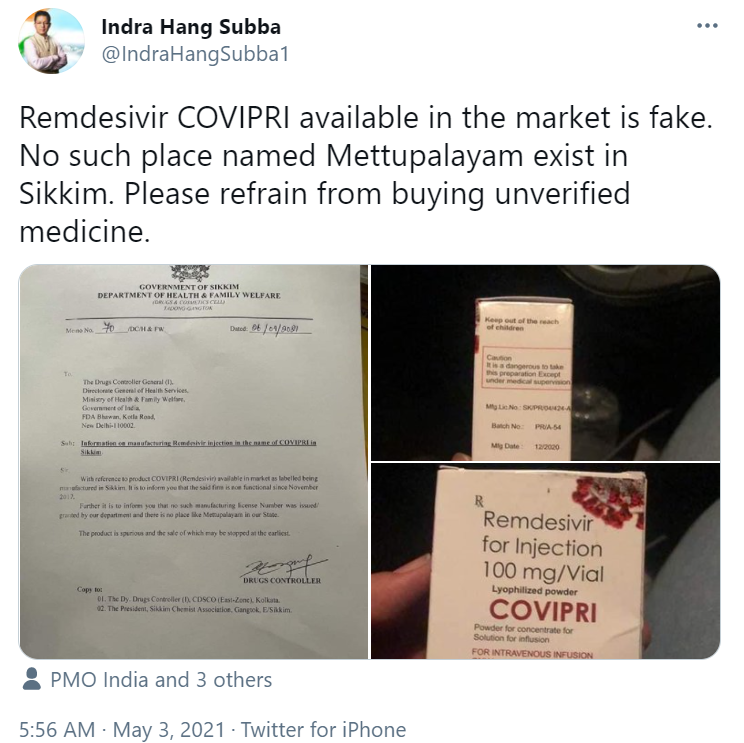 We also found a tweet by Delhi’s IPS Officer Monika Bhardwaj in which she clarified that “No #Remdesivir by the name #COVIPRI exists.” 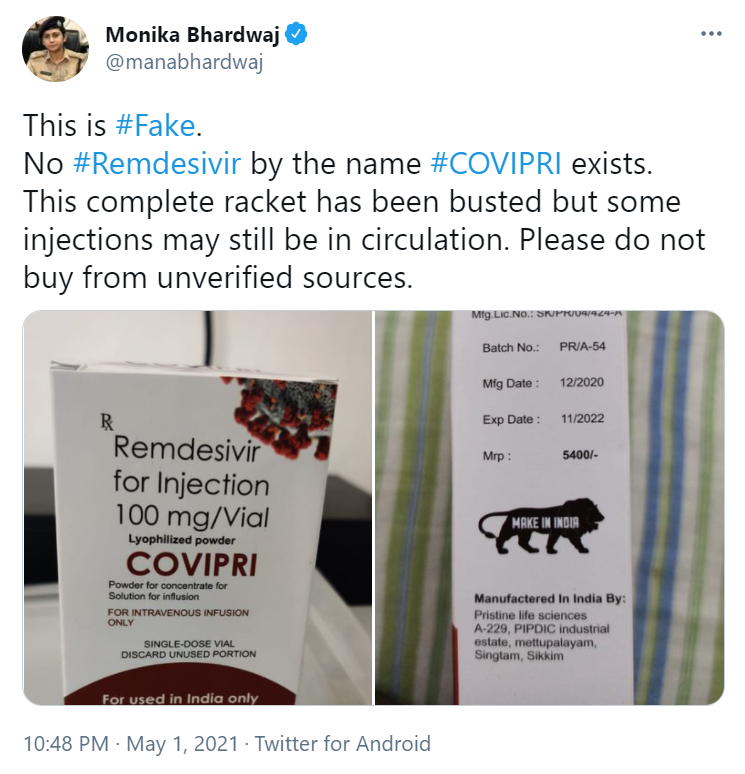 Digging further, we also found a tweet by Press Information Bureau (PIB), in which they also stated that “This vial by the name #COVIPRI is #Fake. 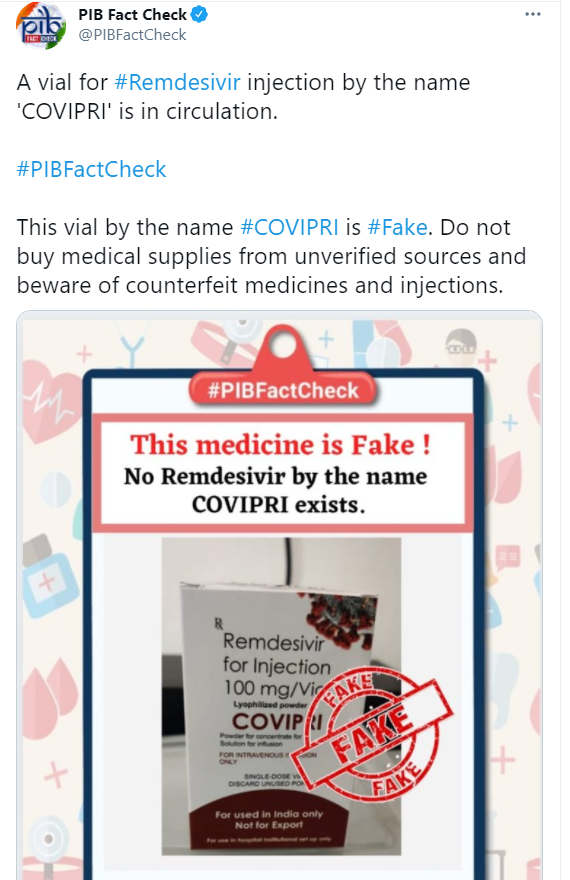 Hence, from the above investigation, it is evident that the Remdesivir vial circulating by the name of COVIPRI is FAKE.