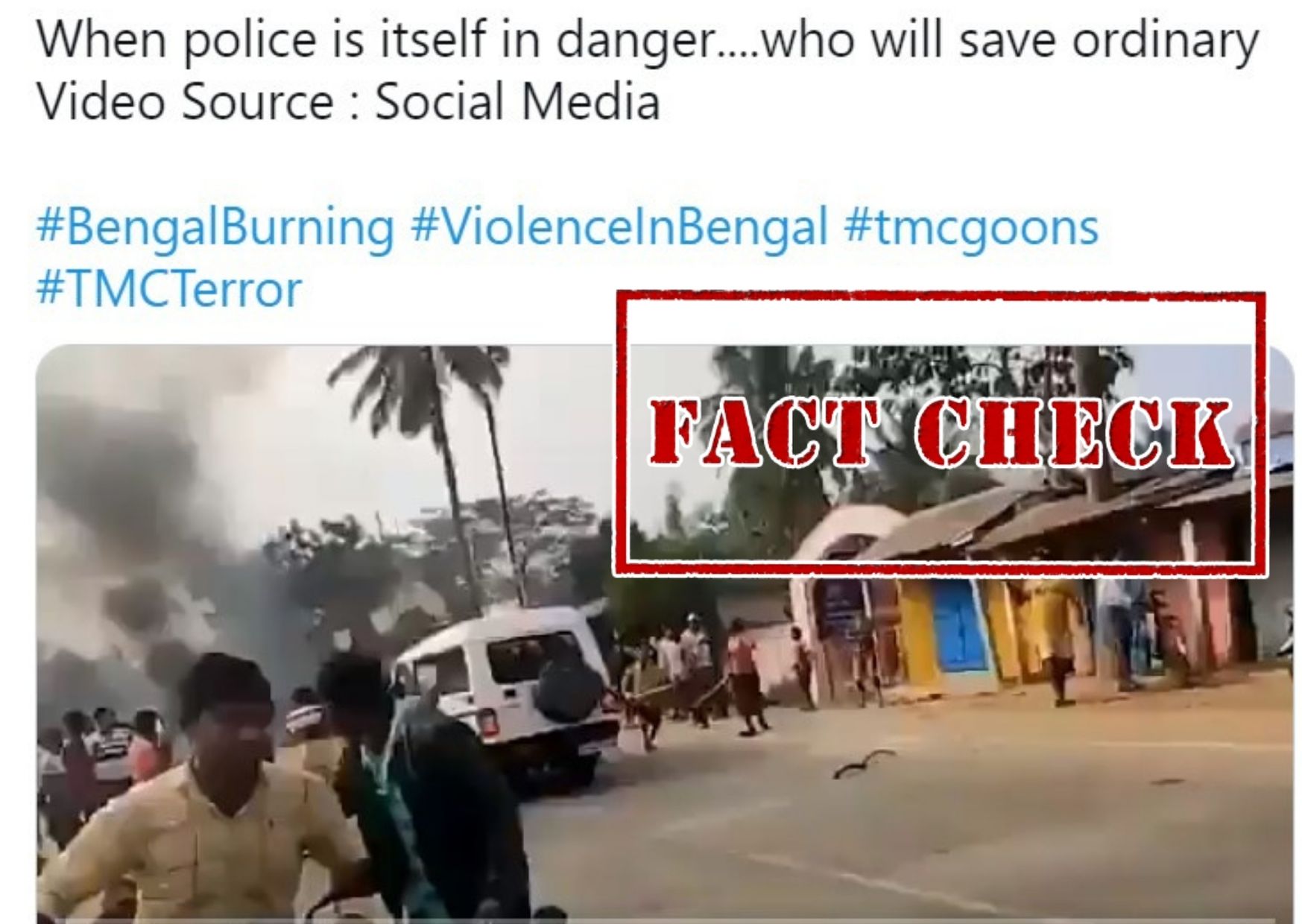 Following the landslide victory of the Trinamool Congress in West Bengal state assembly elections, reports of violence have been pouring in from different corners of the state.

In this backdrop, a video has surfaced on social media platforms showing a group of men attacking police personnel and their vehicle.

A Facebook user shared the video with the caption, “When police is itself in danger….who will save ordinary #BengalBurning.” 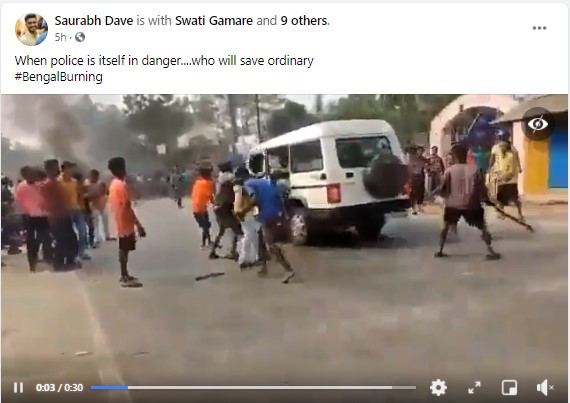 The same video is also doing rounds on Twitter with the same narrative. 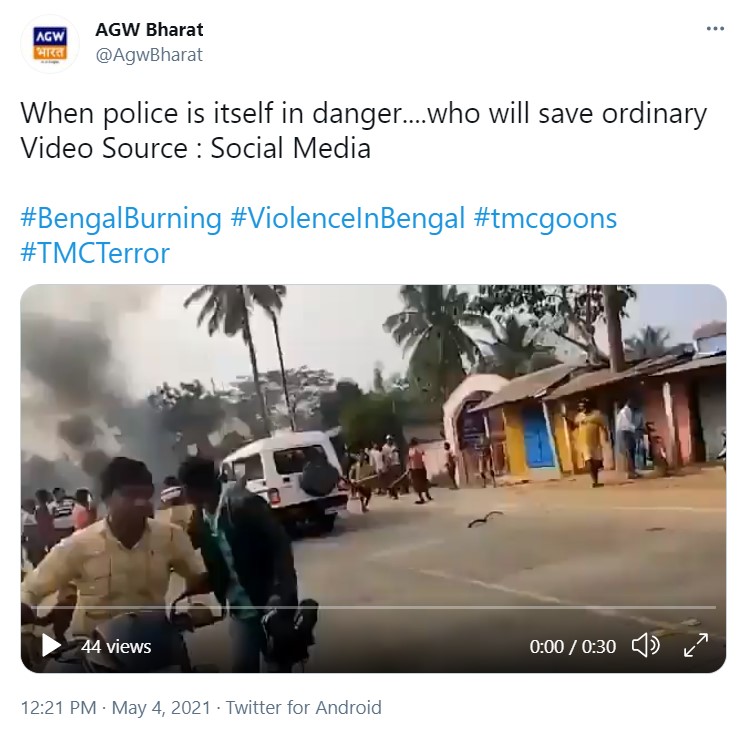 NewsMobile fact-checked this post and found the claim shared with it to be false.

With the help of relevant keyword search on google, we found a video uploaded by Kalinga TV  on YouTube on January 13, 2021, in which similar visuals can be seen.

As per the report, the incident is from Bhadrak, Odisha where locals had attacked and torched a police vehicle over an alleged suspect’s death after his body was found floating in a pond in the village.

Similar visuals recorded from a different angle were also found in a report by Kanak News.

A comparison between the keyframes of the viral video and news report reveals that both show the same incident. 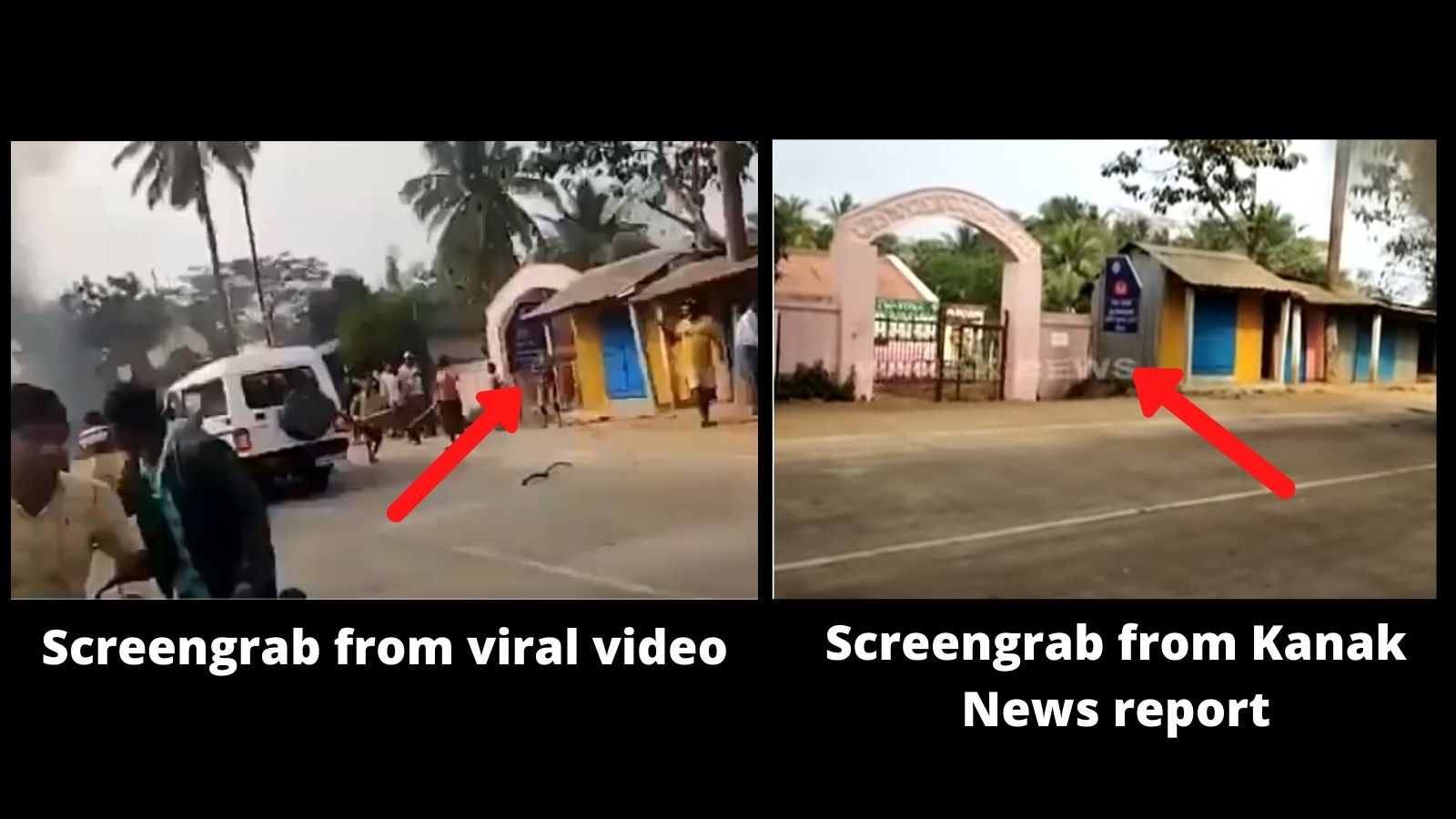 Sambad English also reported the incident stating that Bapi Mahalik of Hatuari village was detained by police for questioning in connection with an offence. However, his body was later found floating in a pond in the village. 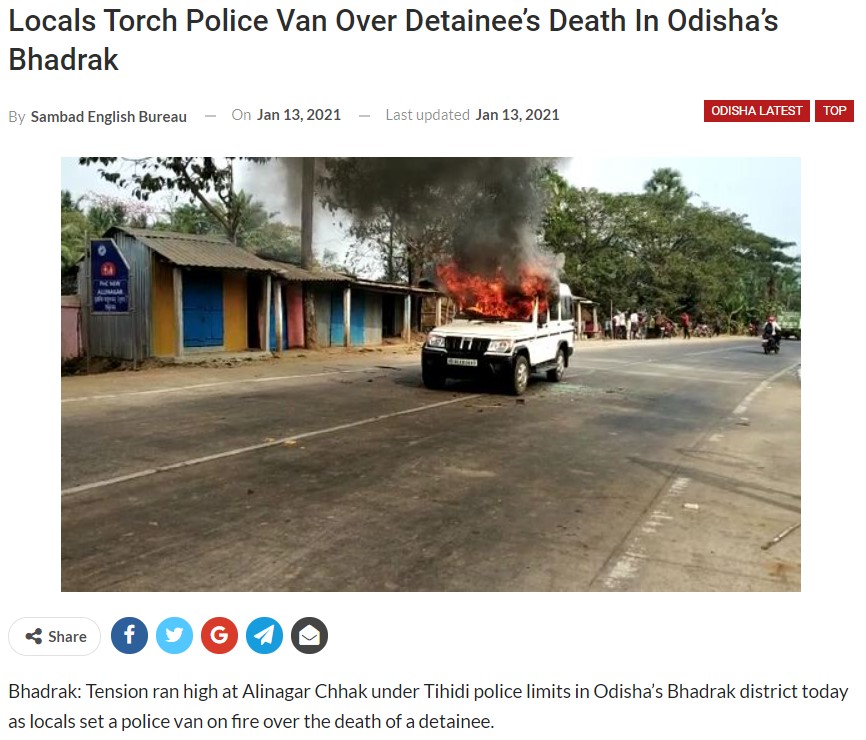 ‘Irate locals torched a vehicle in which cops had come to the locality. They also blocked Bhadrak-Chandbali road at Alinagar by placing the body on road’, the report further adds.

Therefore, we can conclude that an old video from Bhadrak, Odisha, dating back to January 2021, is being falsely linked to the post poll violence in West Bengal.