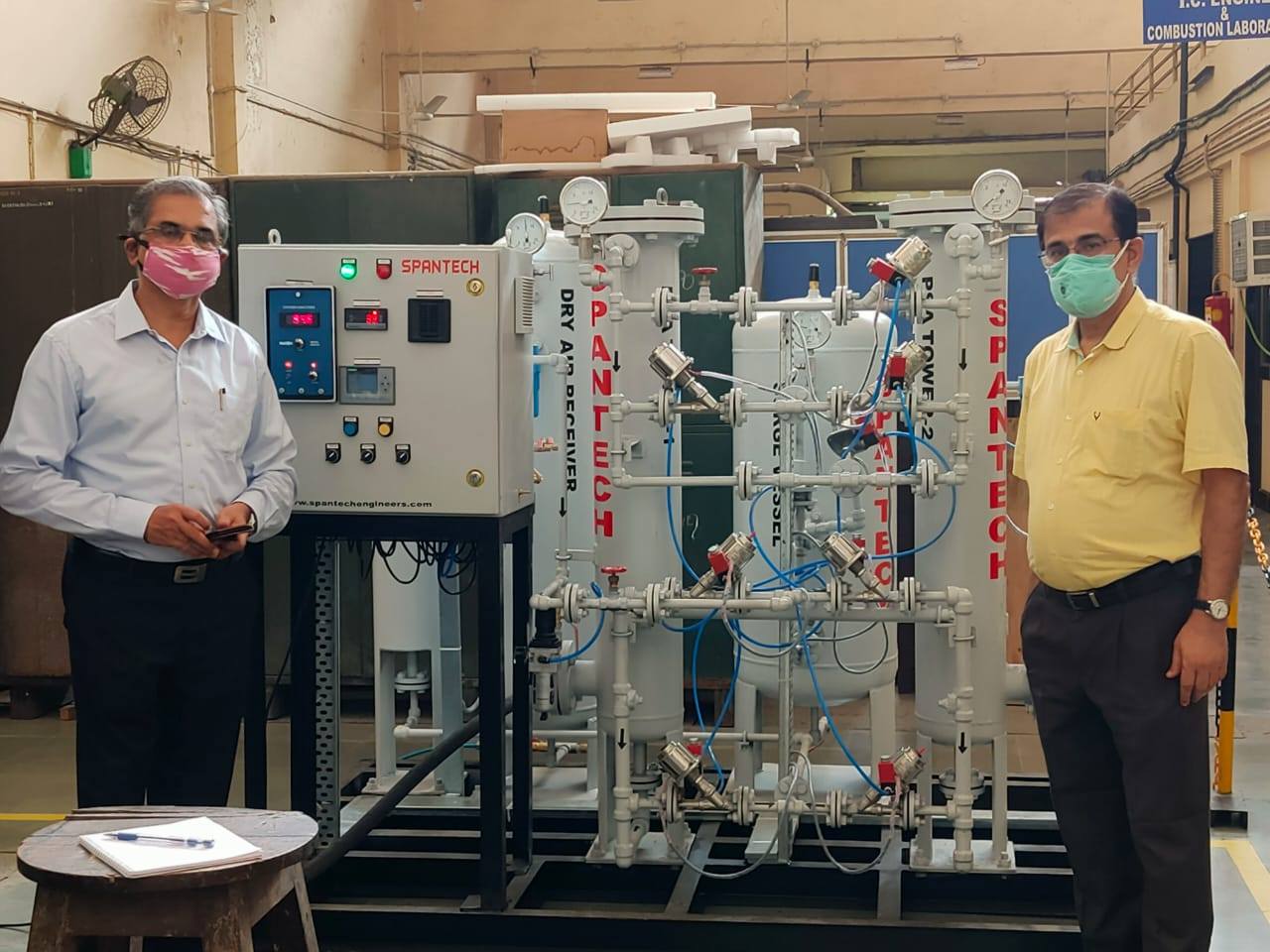 At a time when the country is grappling with acute shortage of hospital beds, critical drugs and life saving oxygen, a team of experts at the Indian Institute of Technology (IIT) Bombay is now holding out a glimmer of hope.

Requesting the government, private sector and NGOs to get in touch for a “simple and fast solution for the current oxygen crisis”, IIT Bombay has demonstrated conversion of nitrogen generator to oxygen generator.

The desired result is being achieved by fine-tuning the existing nitrogen plant setup in the Refrigeration and Cryogenics Laboratory and changing the molecular sieves from Carbon to Zeolite.

IIT Bombay explained that such nitrogen plants, which take air from the atmosphere as raw material, are available across India in various industrial units. Each of them can be converted to an oxygen generator to tide over the present shortage of oxygen.

To accelerate the study, an MoU was signed between IIT Bombay, Tata Consulting Engineers and Spantech Engineers to finalise an SOP which can be leveraged across the country.