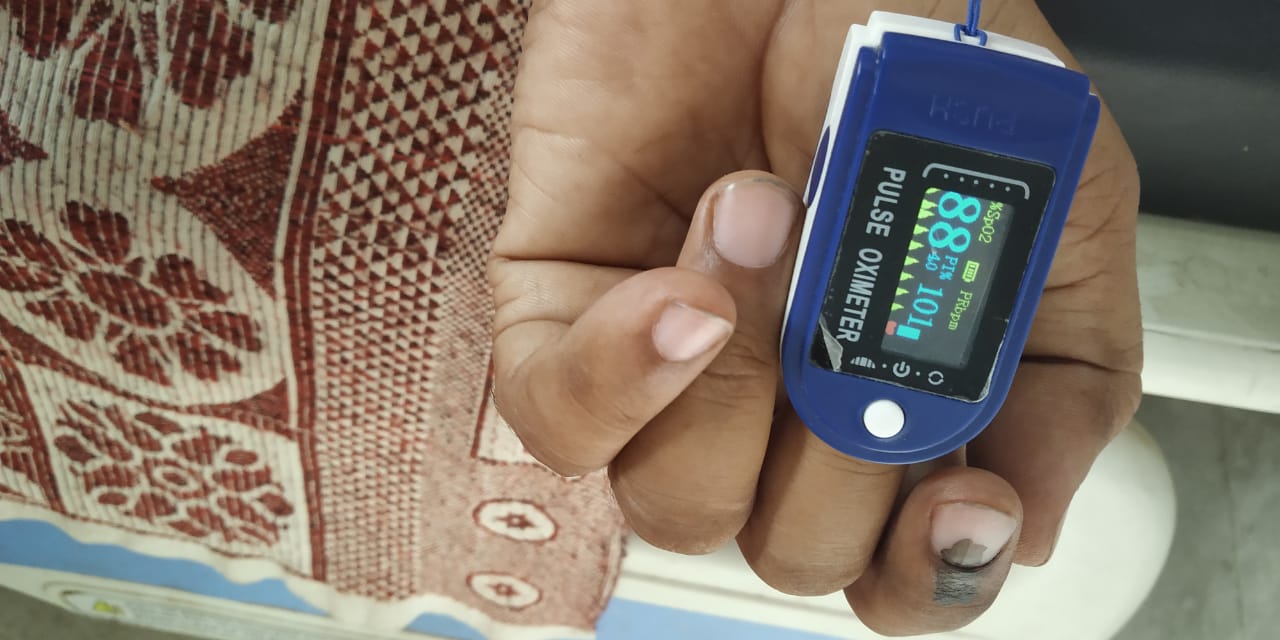 As COVID-19 cases continue to spike across the country and India records its highest ever single day tally ever since the pandemic broke out, social media platforms are flooded with SOS messages asking people for help with finding oxygen.

As medical experts advise home management of patients with mild symptoms to ensure that the undue stress on our already overstretched healthcare system can be lessened to a certain extent, constant monitoring of oxygen levels is of paramount importance.

In this backdrop, the question which is topmost on everyone’s minds is how can we improve our oxygen levels.

In this backdrop, a video talking of ‘prone position‘ is going viral. Posted on Twitter and shared widely on WhatsApp groups, the video shows a man lying in face-down position, with his chest raised and shows how his oxygen level improves in real time.

For those who are having oxygen saturation level around 90

Pronal or Ventilator breathing. See the amazing results. Hats off to the person who made this video pic.twitter.com/mNcnkFepLm

The prone method means making a patient lie down with chest and belly facing downwards. 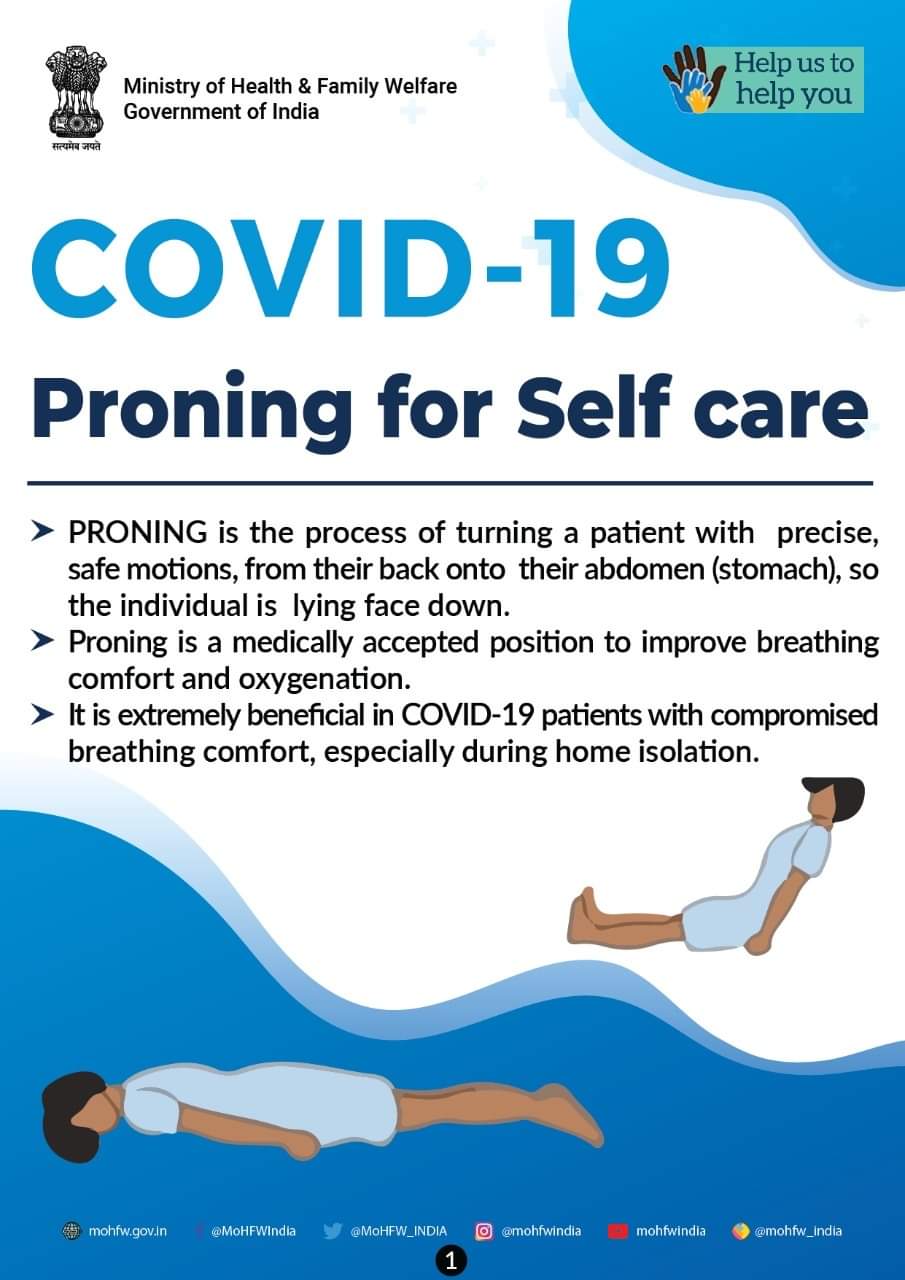 The logic behind the prone position is simple. When someone is in prone position, the heart rests on the breast bone thereby giving space to the lungs to expand. This translates to increasing airflow to the back, where blood circulation is maximum.

The underlying premise is that in conjunction with improved blood circulation and more oxygen, effective oxygenation is possible. 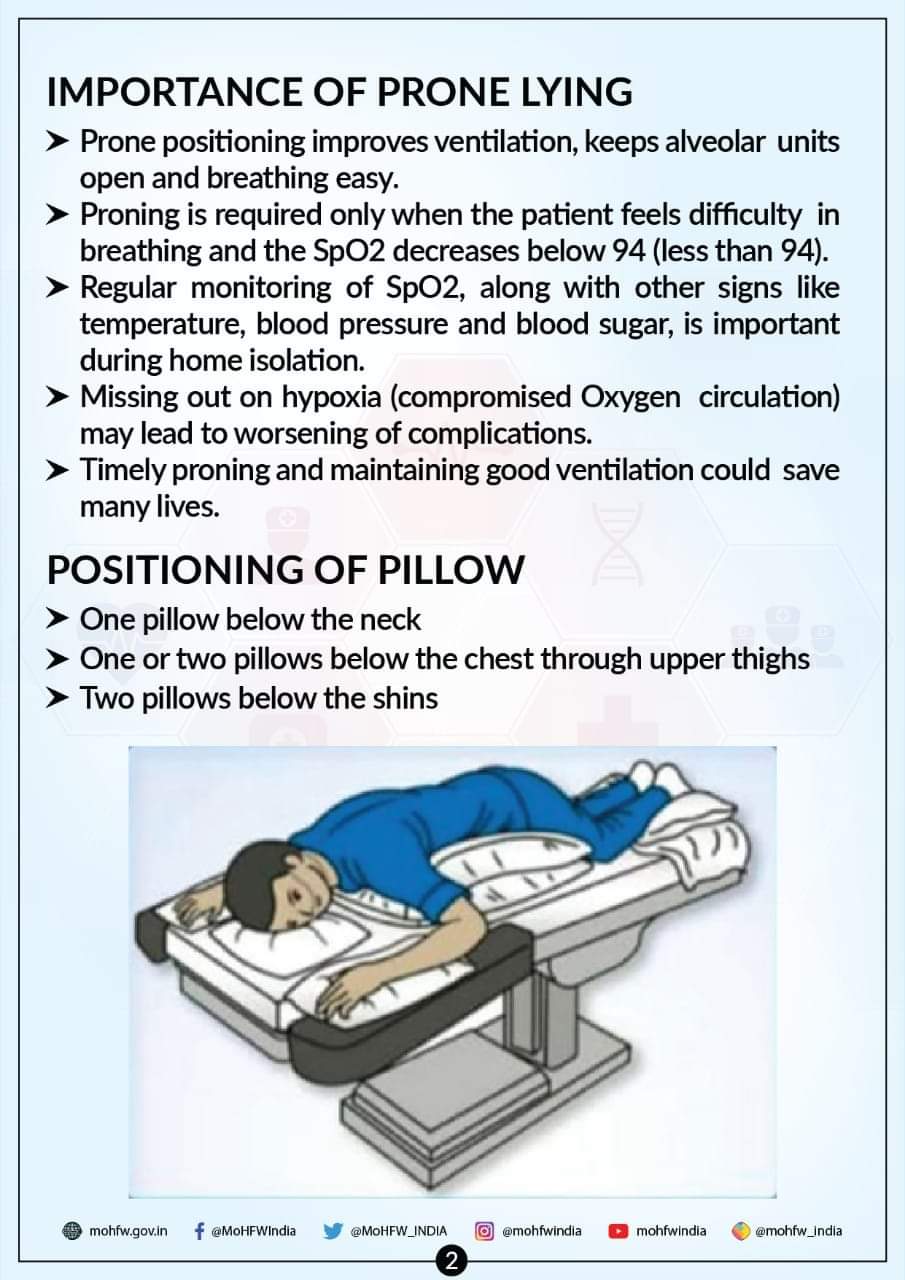 “Air contains 20 percent of oxygen, in most cases we do not need more concentrated oxygen but we need that this air/oxygen reaches our lung blood capillaries for which we need mechanical ventilation and monitoring blood oxygen levels. And other supportive measures,” pediatrician Dr Mohendra Minocha explains. 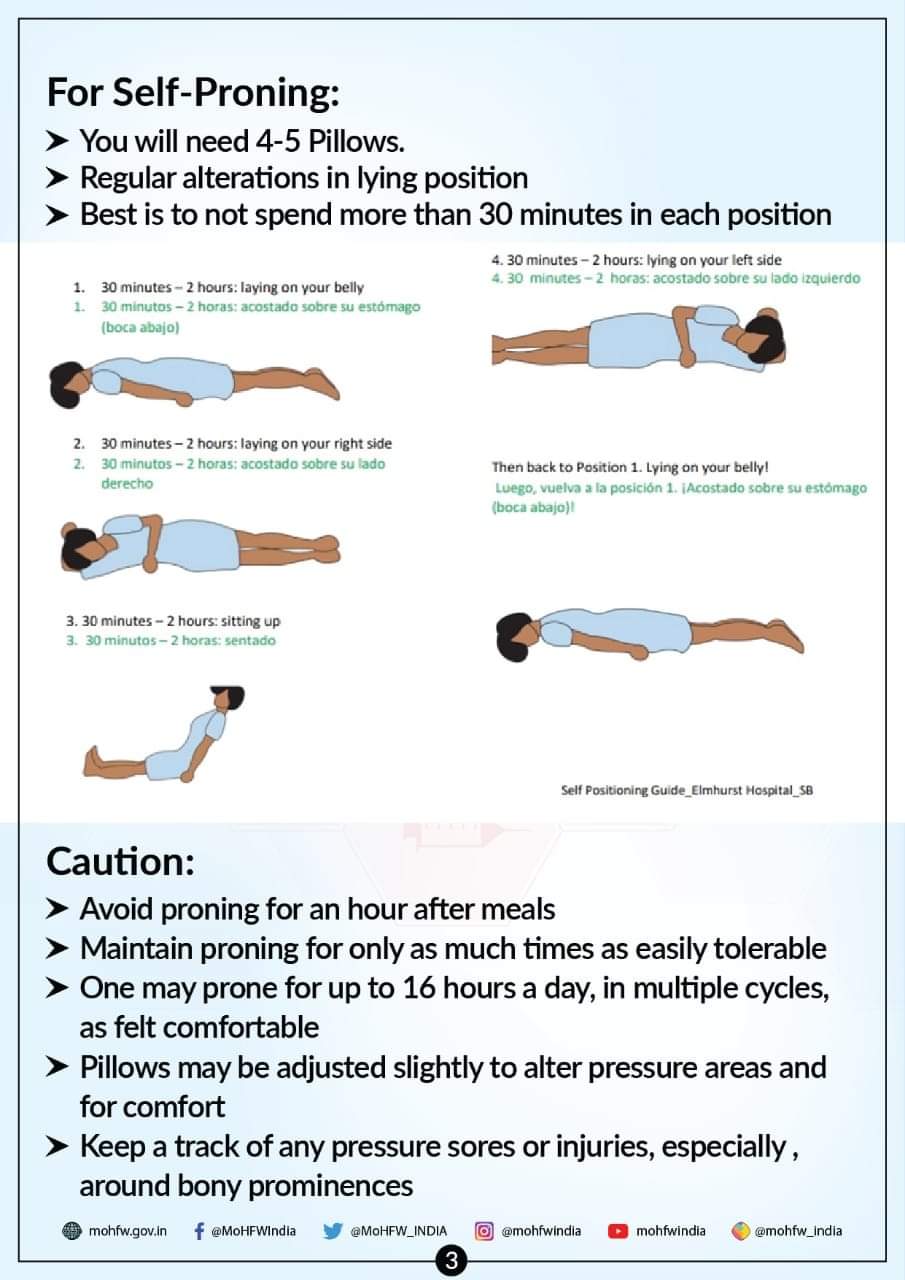 Critical care specialist at Medanta Hospital Dr Mozammil Shafi says they are encouraging “all our patients of moderate to severe COVID-19 to be in prone position for at least one hour as long as they can tolerate”.

But physician Dr Shriram Nene has a word of caution.

Am not suggesting prone as a standard. It was actually used on the vents in the first round globally. Many have found that just high flow oxygen was beneficial and some patients didn’t need vents unless their respiratory drive collapsed. https://t.co/eit2N75Y4k

“Am not suggesting prone as a standard. It was actually used on the vents in the first round globally. Many have found that just high flow oxygen was beneficial and some patients didn’t need vents unless their respiratory drive collapsed,” Dr Shriram Nene explained in his tweet. 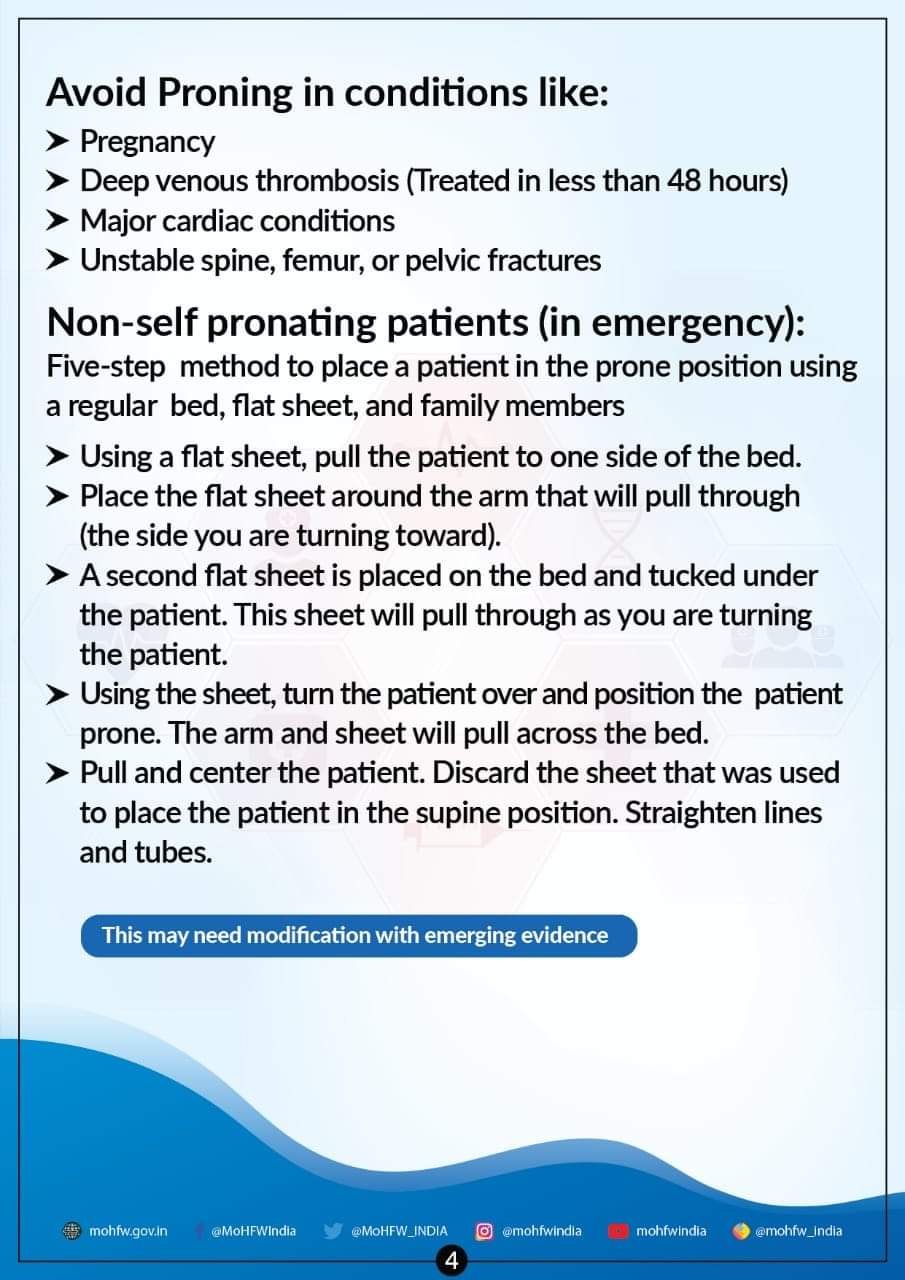 ‘Effect of Prone Positioning on the Survival of Patients with Acute Respiratory Failure’ a study published in New England Journal of Medicine, notes that “During the study period the mean increase in the ratio of the partial pressure of arterial oxygen to the fraction of inspired oxygen, measured each morning while patients were supine, was greater in the prone than the supine group. The incidence of complications related to positioning (such as pressure sores and accidental extubation) was similar in the two groups.”