As the third phase of vaccination against COVID-19 gets underway with the government notifying that all adults are now eligible for the jab, a video of a mob chasing away security personnel and pelting stones has gone viral claiming that coronavirus testing and vaccination squads were driven out of a village.

One Facebook post was shared with a caption that reads, “INDIA: Villagers chase out the testing & vaccination squads. They see through the V-fraud!” 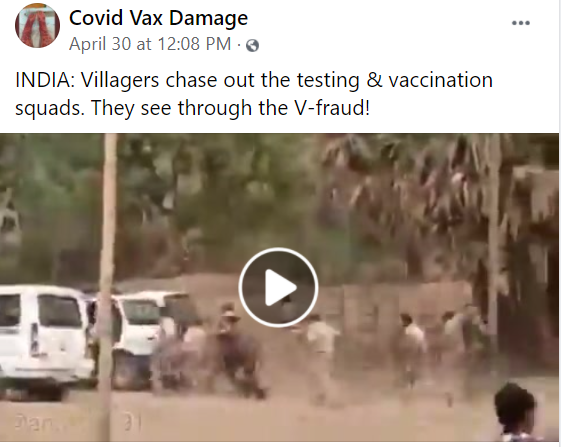 Using the InVid tool, we extracted keyframes and after putting them through Reverse Image Search we found the same video uploaded in a news report published on April 23, 2021. 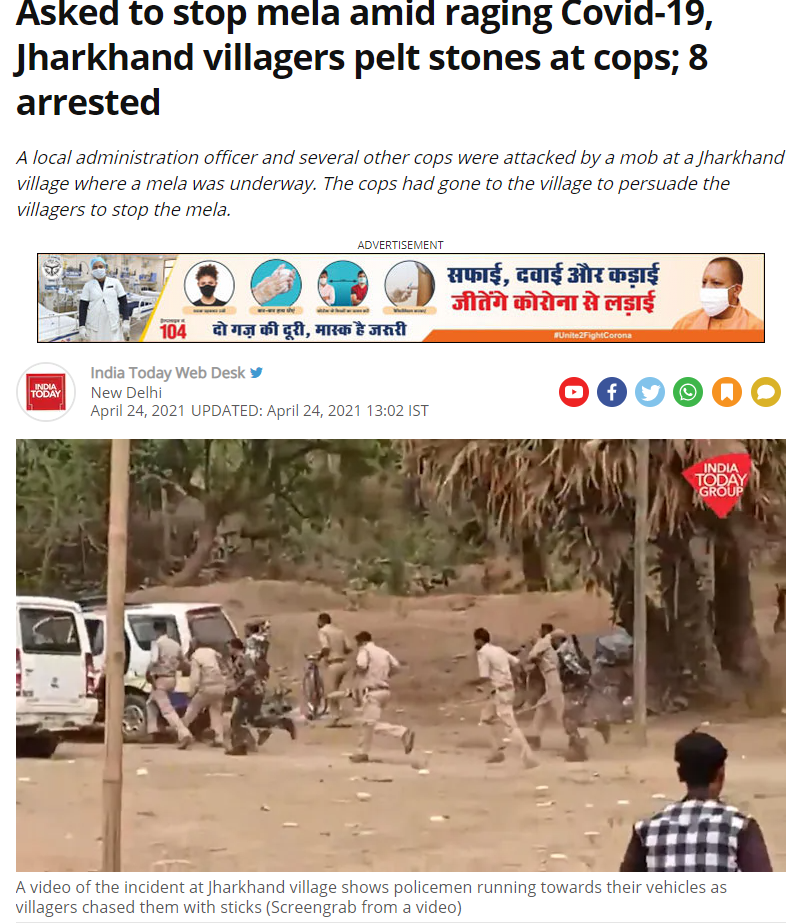 According to the video description, “A local administration officer and a group of policemen were attacked by a mob at a village in Jharkhand’s Saraikela, where a crowded mela was going on amid the deadly second wave of the COVID-19 crisis.”

The incident was also carried by other media organisations. According to these reports, eight people were arrested following the incident. 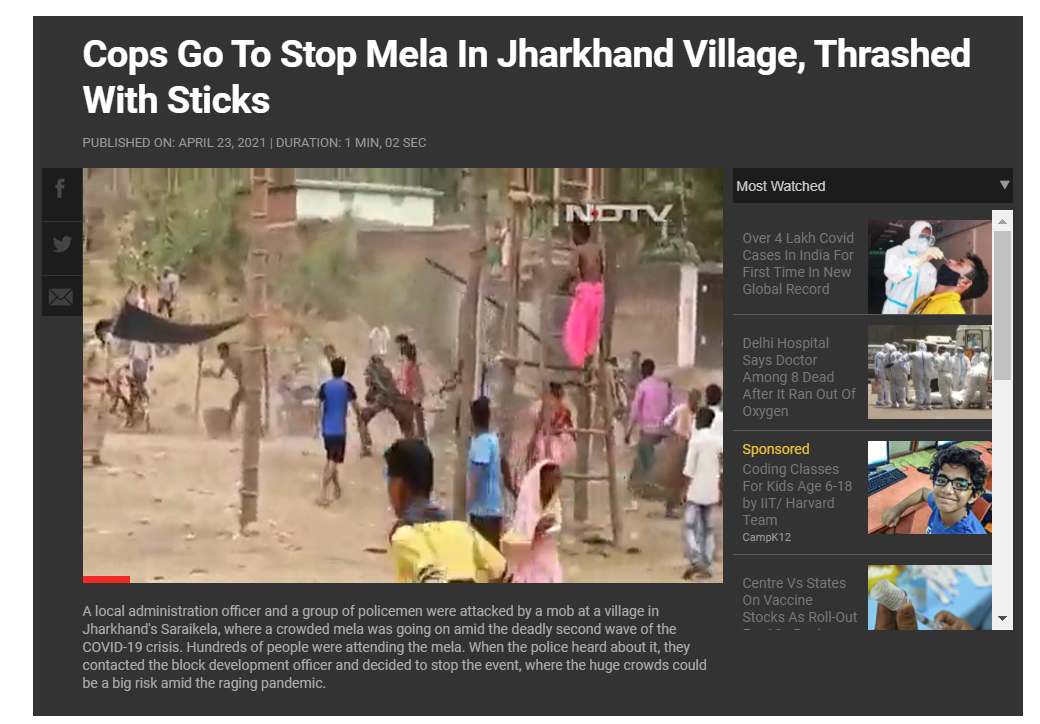 Hence, it is clear that the video in circulation shows a mob chasing policemen who tried to stop a crowded fair amid the COVID-19 crisis. The crowd was NOT chasing a COVID-19 testing and vaccination team as is being falsely claimed.