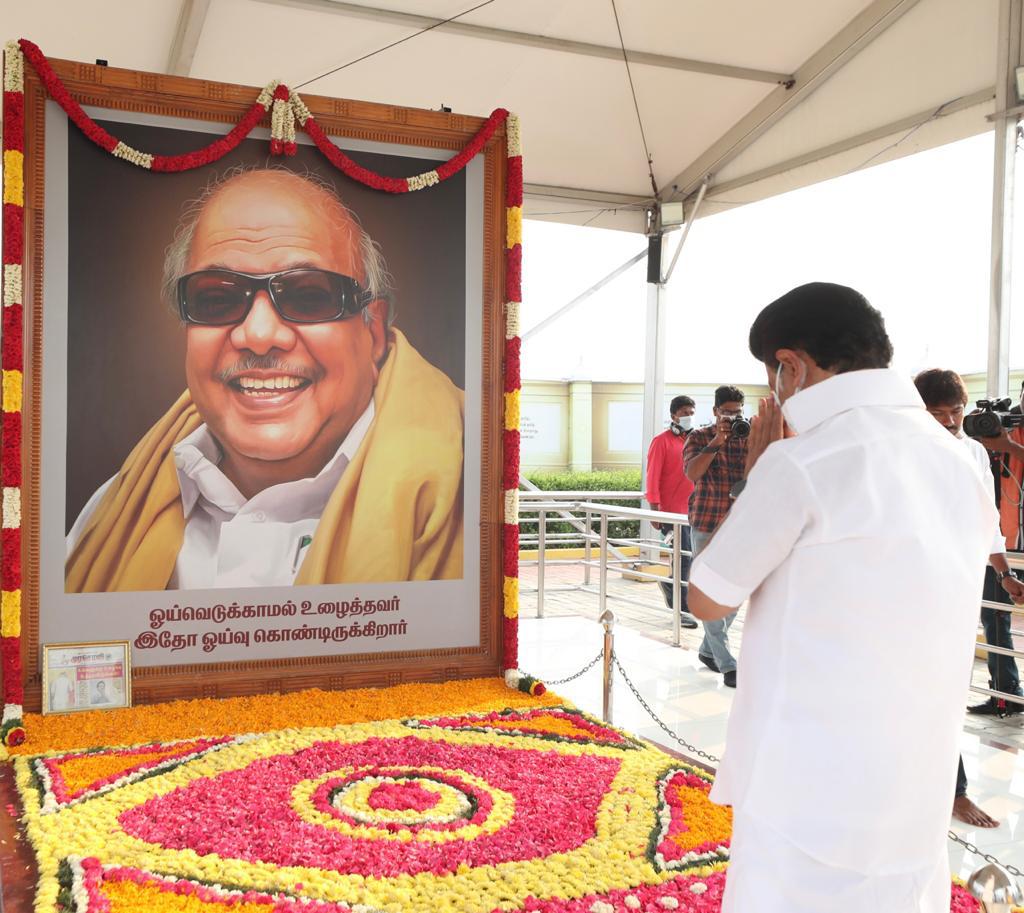 Days ahead of polling in Tamil Nadu (April 2), when his son-in-law’s houses in Chennai was raided by the Income Tax department, Dravida Munnetra Kazhagam (DMK) leader Muthuvel Karunanidhi Stalin walked on stage at Perambalur, and said, “I am the son of Kalaignar (nickname of late DMK supremo Karunanidhi). I will not be scared with this.”

Stalin is the second son of former Chief Minister M Karunanidhi with his second wife, Dayalu Ammal. Born four days after the death of the Soviet communist leader, Stalin was named after Joseph Stalin. He was groomed from an early age by Karunanidhi as his successor and heir. 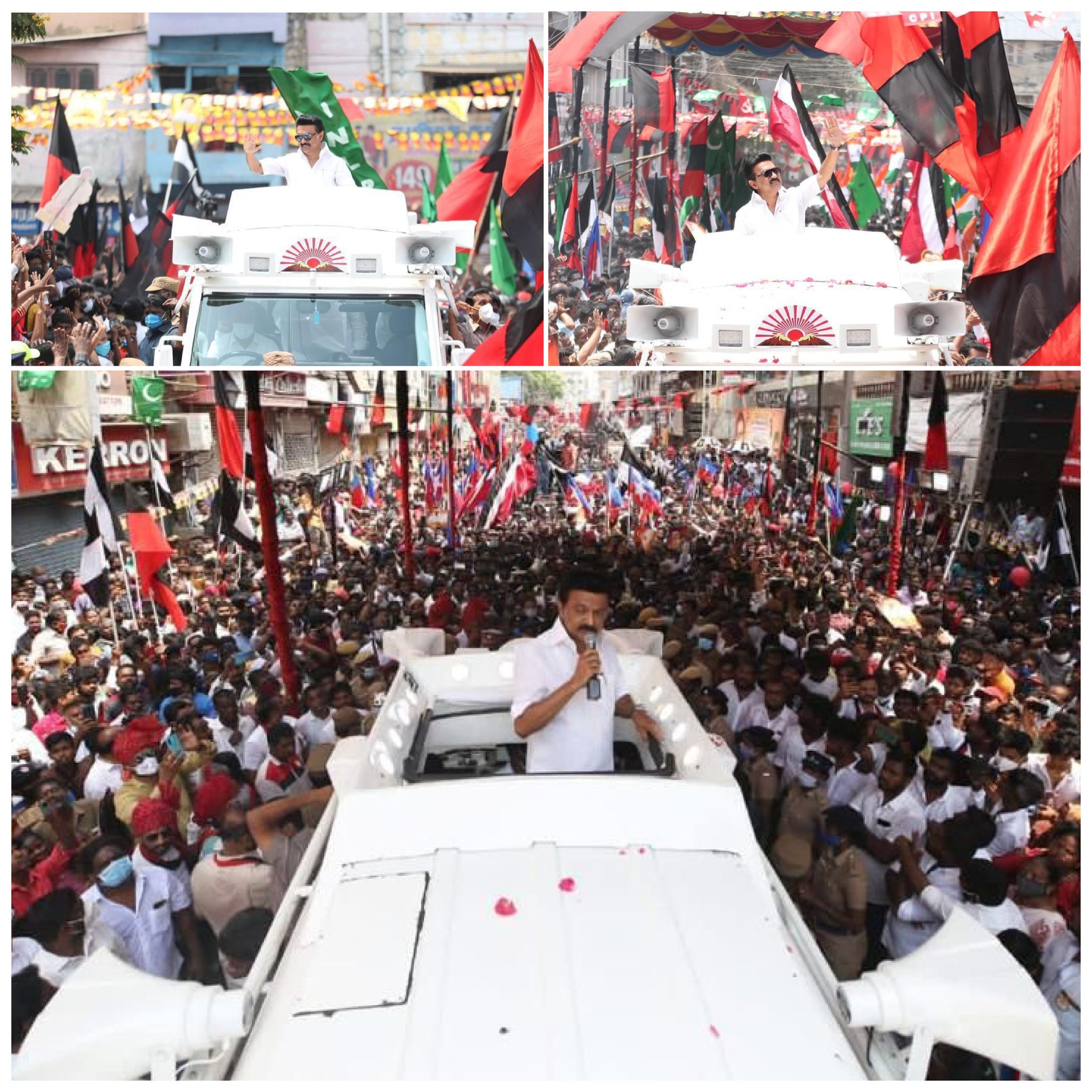 68-year-old Stalin was contesting as the chief ministerial candidate for the first time during these polls. He was elected unopposed as the DMK chief in August 2018, after the death of his father, a post that Karunanidhi held for 49 years. That didn’t come as a surprise to anyone, as during his lifetime, Karunanidhi, on multiple occasions made his preference for his successor abundantly clear and systematically groomed him for the job.

These Assembly polls were seen as a real test of Stalin’s leadership, despite DMK registering a sweeping victory on 38 out of 39 seats in 2019 parliamentary elections under his guidance. However, that win was hugely credited to an anti-AIADMK-BJP wave following Jayalalithaa’s death in 2016.

Moreover, these are the first Assembly polls to be held in the absence of two towering leaders of the state who ruled Tamil Nadu for decades—former chief ministers J Jayalalithaa and M Karunanidhi. This was Stalin’s chance to come out of his father’s shadow and be “Thalaivar” (leader) as his party cadres call him.

DMK, which is out of power since 2011 in the state, gave a head-to-head fight to the ruling party AIADMK in nearly 130 constituencies, under the leadership of Stalin during the campaigning for these polls.

Stalin has called the AIADMK government a slave to the BJP and alleged corruption during its tenure. He had challenged Chief Minister Edappadi K Palaniswami-led government, which has promised in its manifesto to ask the Centre to drop the recently enacted Citizenship (Amendment) Act if voted back to power, to speak against the CAA in front of Central leaders. He had alleged that the AIADMK government had taken Tamil Nadu back 50 years.

“This AIDMK government has taken Tamil Nadu back 50 years. All the rights of the people of Tamil Nadu have been taken by introducing NEET, the new education policy and the Citizenship Amendment Act,” Stalin had said, addressing a public meeting in Salem on March 29. He also called the election a means to get back Tamil Nadu’s rights.

Known as a tireless worker, Stalin began his political journey during the 1967 Assemble elections in Madras state by campaigning for his father’s party when he was a lad of 14.
However, during his early political career, Stalin was not considered a serious politician. Things changed when he was jailed for six months during Emergency under the Maintenance of Internal Security Act (MISA).

At the rally in Perambalur on April 2, challenging his rivals and asserting his might, DMK chief had said, “This Stalin has faced Maintenance of Internal Security Act…. emergency. They think they can scare us with the raids, this may happen with AIADMK but this will not happen with DMK. You should not forget that people will reply to your act on April 6.”

Stalin holds a bachelor’s degree in political science from the Presidency College in Chennai. He is credited for forming the youth wing of DMK and headed it for more than four decades. He became the first directly elected mayor of Chennai from 1996 to 2001. He was also elected legislator from the Thousand Lights constituency in Chennai in 1989, 1996, 2001 and 2006. In 2011, he was elected to the Assembly from the Kolathur constituency in Chennai.

He served as the Local Administration and Rural Development Minister in his father Karunanidhi’s Cabinet from 2006 to 2011. He also held the charge of Deputy Chief Minister from 2009-2011. In 2016 he again won the Assembly election from the Kolathur constituency and held the charge of the leader of opposition in the Tamil Nadu assembly.

In Tamil Nadu, the people have traditionally seen the DMK and the AIADMK hold power alternately since 1967. However, AIADMK emerged victorious in the last two Assembly elections. These polls were Stalin’s chance to lead his party back to power after two terms.

During this election, ruling All India Anna Dravida Munnetra Kazhagam (AIADMK) contested the poll in a pre-poll alliance with the Bharatiya Janata Party (BJP) and the Paattali Makkal Katchi (PMK).

On the other hand, Stalin-led DMK allotted 25 seats to its Congress party, and six each for CPI, CPI (M), Viduthalai Chiruthaigal Katchi (VCK) and Vaiko’s Marumalarchi Dravida Munnetra Kazhagam (MDMK), who contested polls in alliance with him.

The high-octane poll was held in a single phase on April 6.