With Coronavirus cases soaring across the nation, people are struggling to avail even basic medical amenities.

In this backdrop, a picture of two men carrying a woman on a two-wheeler is doing rounds on social media with a claim that a son had to carry his mother’s dead body on a motorbike in Gujarat along with his father. 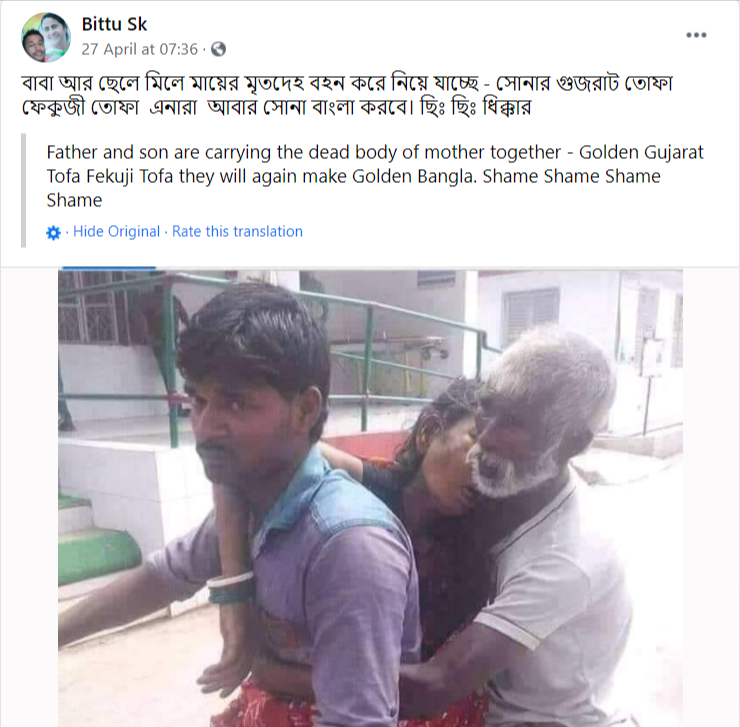 We put the picture through Reverse Image Search and found the same image in a blog post from 2017. 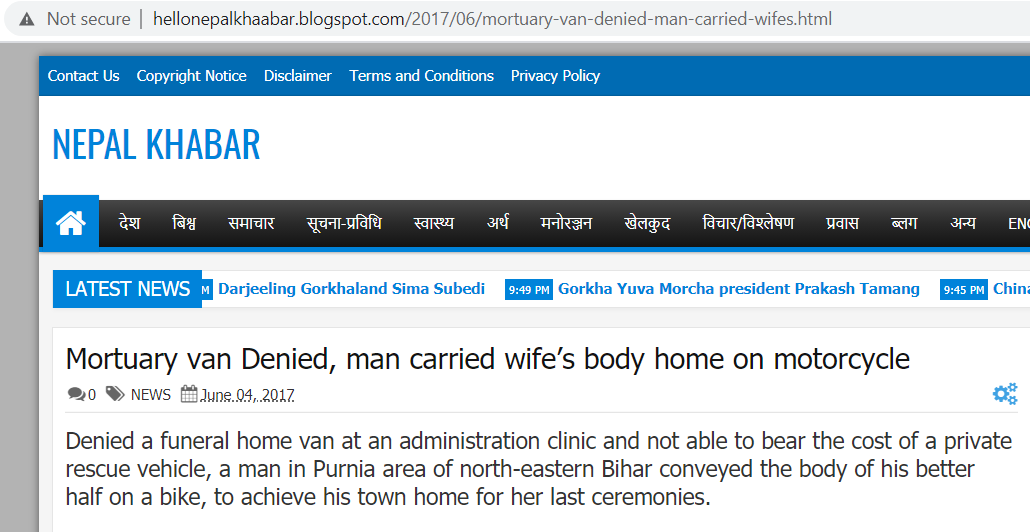 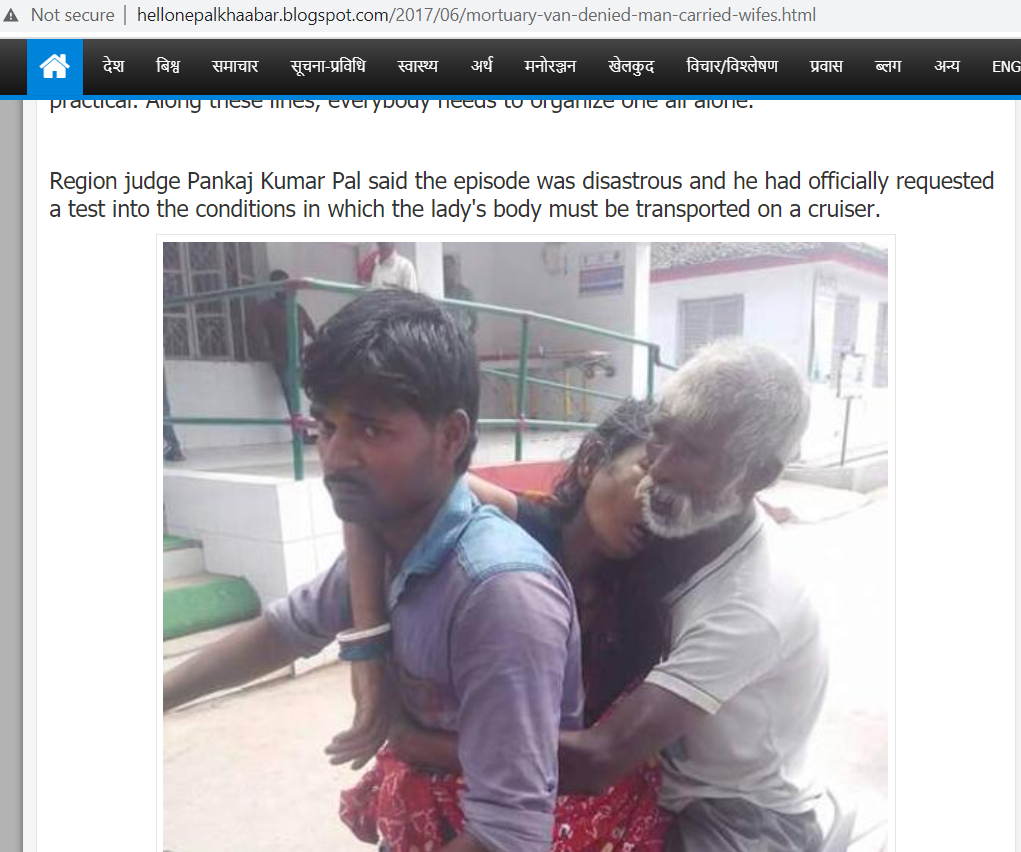 According to the post, a man carried his wife’s body home on a motorcycle after he was denied a mortuary van.

We then ran a keyword search and found that the same incident was reported by Hindustan Times on June 4, 2017. 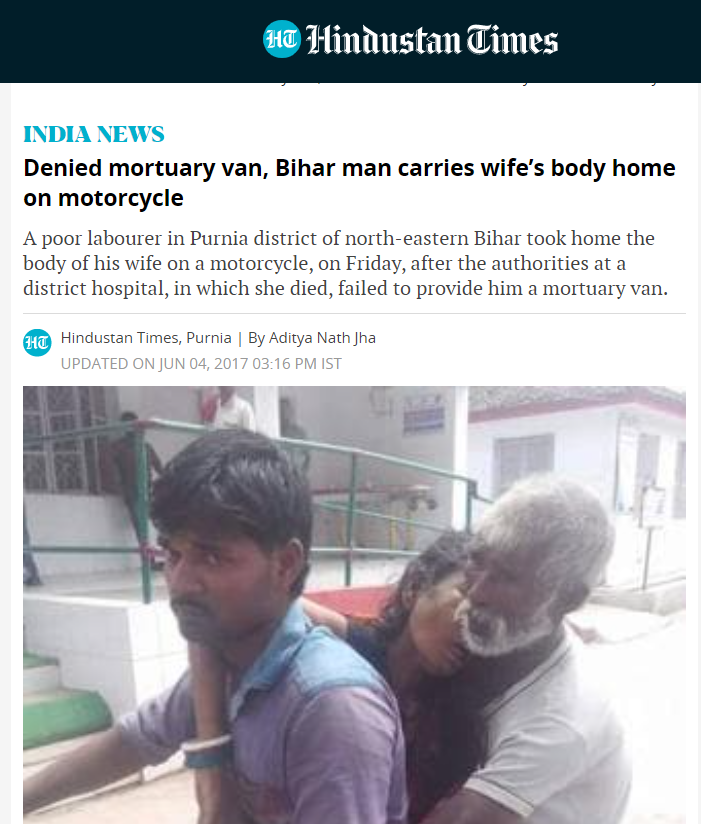 According to the report, the incident is from the Purnia district of north-eastern Bihar, where a labourer named Shankar Sah took the body of his wife Susheela Devi home on a motorcycle after the authorities at the district hospital allegedly failed to provide him with a mortuary van.

This proves that the picture was taken well before the first case of Coronavirus came to light in 2019 and that the incident is from Bihar, NOT Gujarat. 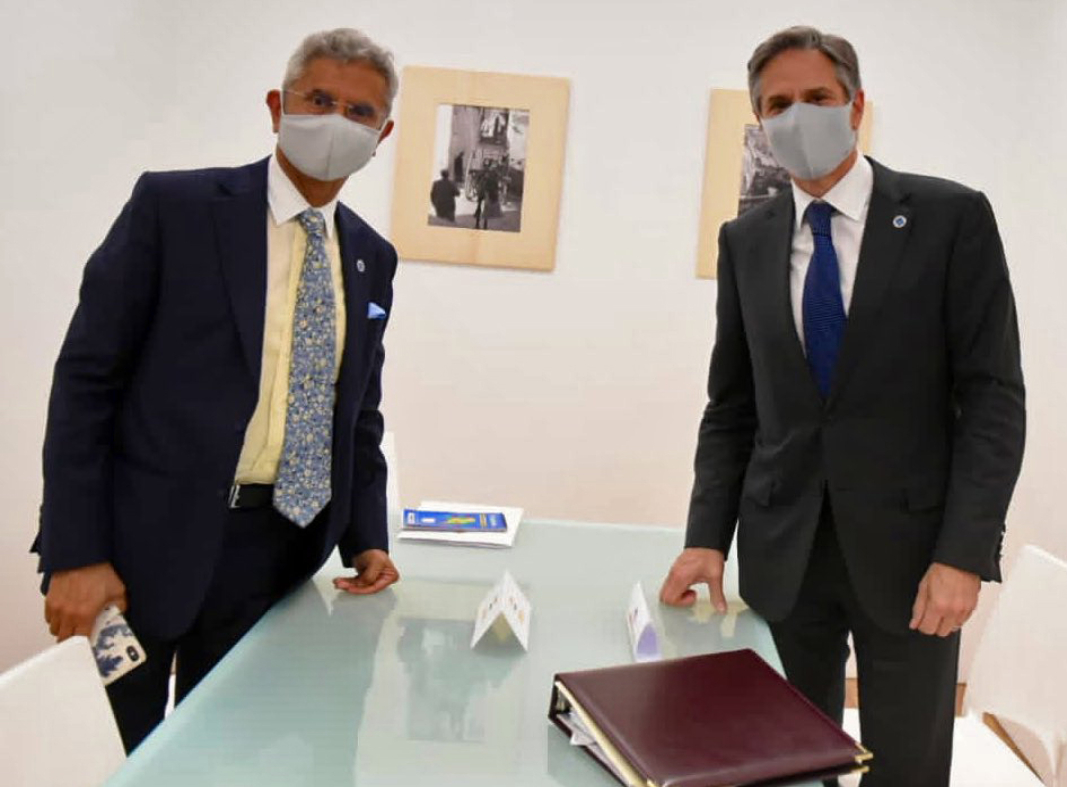 US Secretary Of State To Visit India Today To Discuss Bilateral...