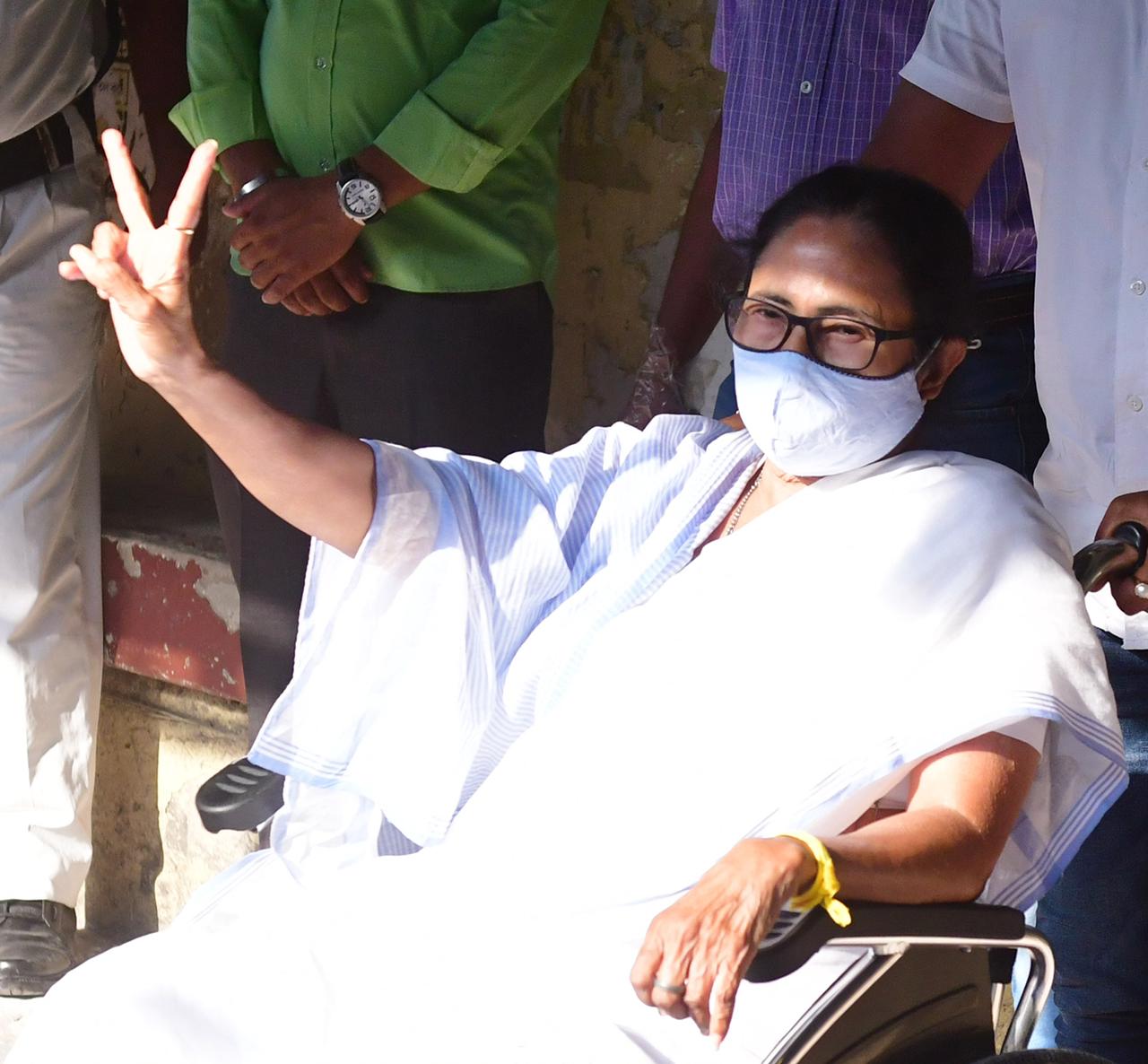 If there is one politician on whom the spotlight has been there 24*7 this entire poll season, it is Trinamool Congress supremo Mamata Banerjee.

Pivoting her campaign on “Bangla nijer meyekei chaye” (Bengal wants its own daughter) slogan, Mamata has emerged stronger than ever before. Having scripted history in 2011 by decimating the 34-year-old Left regime in the state, Didi, as she is fondly called, has trumped the BJP this time around in one of the most bitterly fought electoral battles in recent times. 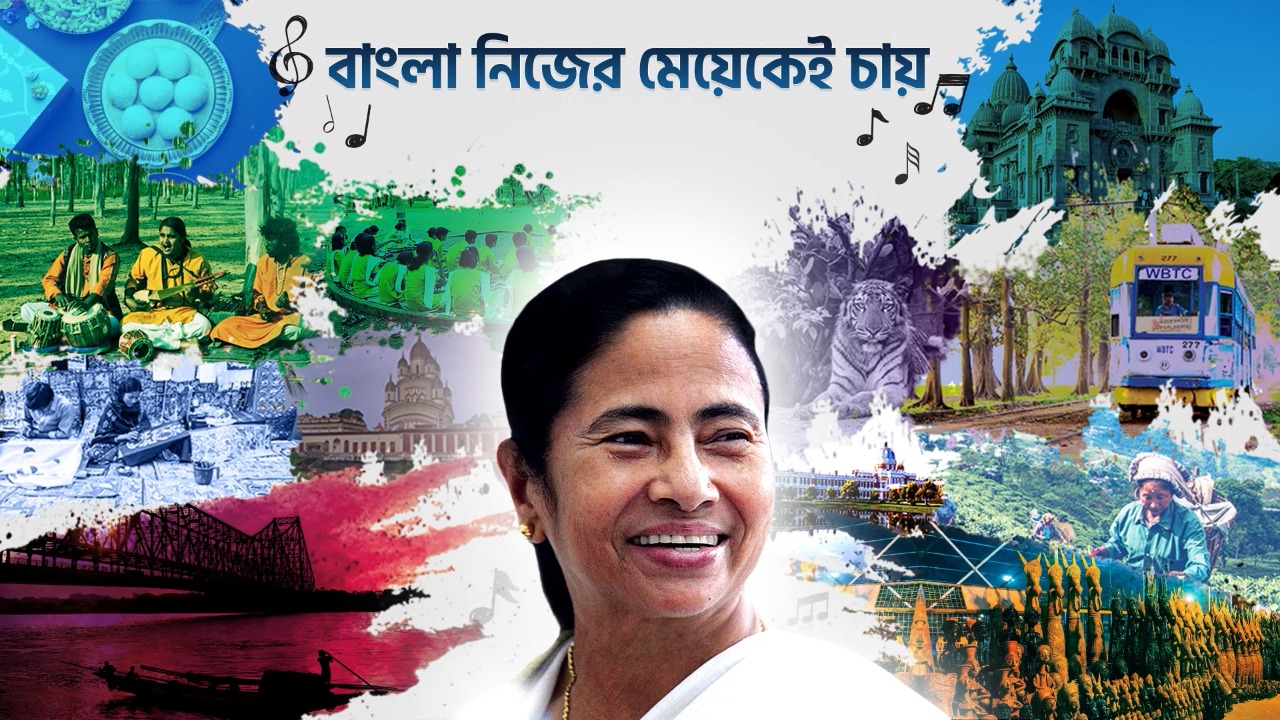 She continues her stride in the political spectrum that began in 1975 making the headlines by dancing on the car of the most influential leaders of that time Jayaprakash Narayan as a mark of protest.

Forty-six years have passed since then; her fighting spirit continues to shine in Indian politics. After ruling the state for two consecutive terms, Mamata is all set to return to the state government headquarters ‘Nabanna’ with greater aplomb.

The Game of Thrones this time around was something she had had never faced before. The BJP was visibly upbeat with the 2019 general election results and worked overtime to consolidate its position and ensured a series of defections of Trinamool Congress camp. The emergence of the Left-Congress-ISF alliance made the situation more complicated for her.

Mamata had so far based the foundation of her governance on the rule of three ‘M’s – ‘Maa’, ‘Mati’ and ‘Manush’ (mother, soil and people). But, Bengal elections had a different  3M factor this time around – ‘Mamata’, ‘Modi’ and ‘Muslims’.

So, while Mamata’s big challenge was to counter Prime Minister Narendra Modi’s popularity in Bengal on one hand, the other task was to regain her support base of the minority community that was impacted by ISF and stepping in of Asaduddin Owaisi’s AIMIM.

In a move that sent out a message loud and clear to the BJP top brass that she wasn’t ready to give up at any cost, Mamata chose to contest from Nandigram in East Midnapore district and contested against her former aide Suvendu Adhikari who wields tremendous clout in the area for generations. Mamata in the process left her ‘safe’ Bhowanipore seat and fought tooth and nail.

Incidentally, it was Mamata’s anti-land acquisition movement in Singur and Nandigram which had catapulted her to power in 2011.

What many poll pundits say turned the tables in Mamata’s favour this time around was her campaign on wheelchair with a plastered leg after she suffered an injury in March while campaigning in Nandigram.

Standing tall among all Opposition leaders, Mamata today is being hailed as a Bengal Tigress.

Congratulations @MamataOfficial didi on @AITCofficial being elected again in the Assembly election. Good wishes for your next tenure.

Leaving no stone unturned to galvanise the Opposition and hit out at what she calls ‘anti-people’ policies of the NDA government, she played an instrumental role in bringing together all opposition parties against the Centre prior to the 2019 general elections.
She has been extremely critical of the Centre be it regarding demonetisation to Citizenship Amendment Act (CAA), unplanned lockdown to steep surge in fuel prices.

Mamata started her political career as a Youth Congress worker in the 1970s. She quickly rose the ranks and became the general secretary of Mahila Congress and later All India Youth Congress. In 1984 she was elected as a Member of Parliament in the 8th Lok Sabha becoming one of India’s youngest parliamentarians. She founded the All India Trinamool Congress in 1997 after a disagreement with Congress. 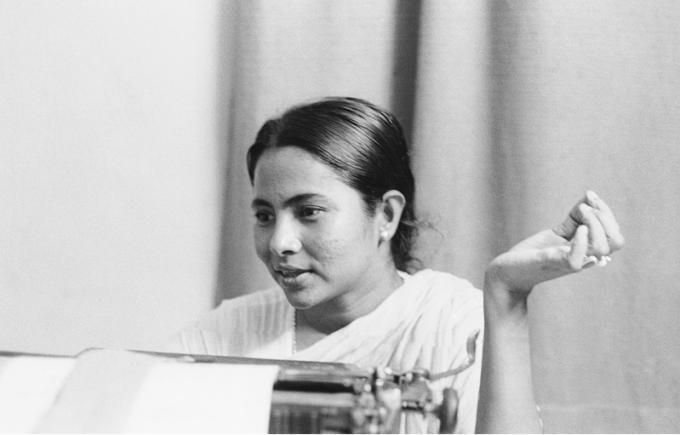 Mamata worked with three Prime Ministers including PV Narasimha Rao, Atal Bihari Vajpayee and Dr Manmohan Singh. She had been a Union Minister in both National Democratic Alliance (NDA) and United Progressive Alliance (UPA) governments and held portfolios like Human Resource Development, Youth Affairs and Sports, Women and Child Development, Coal and Mines and the Railways.

Notably, she was the first woman to become a railway minister in the country. The Time Magazine named her among the 100 most influential people in the world in 2012.

Hailing from a lower-middle-class family, Mamata worked as a milk booth vendor to battle poverty. Her father passed away due to the lack of treatment when she was just 17. The fighter in her never let the barriers dominate her. She continued her education and earned a Bachelor’s degree in History, a Master’s degree in Islamic History and degrees in Education and Law from the University of Calcutta. She also worked as a stenographer and a private tutor before joining full-time politics.

Another disposition of Mamata Banerjee is her minimalist lifestyle. Despite being the Chief Minister, she still lives in her ancestral terracotta-tiled roof house at south Kolkata’s Harish Chatterjee Street. White cotton sarees having mono-colour borders and slippers are all that define the fashion statement of Mamata Banerjee.

The West Bengal Chief Minister is also a self-taught painter, poet and writer. She has authored more than 100 books. She is also tech-savvy and remains active on social media. The Trinamool supremo is also known for her walkathons or marches. Here it needs to be mentioned that she walks five-six kilometres on a treadmill every day. When it comes to evening snack time, she likes to have tea, puffed rice and ‘aloo chop’.

As the ‘Khela’ of power in West Bengal ended with the completion of vibrant eight-phased state assembly elections on Thursday, all eyes are on the counting of votes that will take place on Sunday. (With ANI inputs)