Home ANI At Least 18 Killed In Fire At COVID Hospital In Gujarat’s Bharuch,... 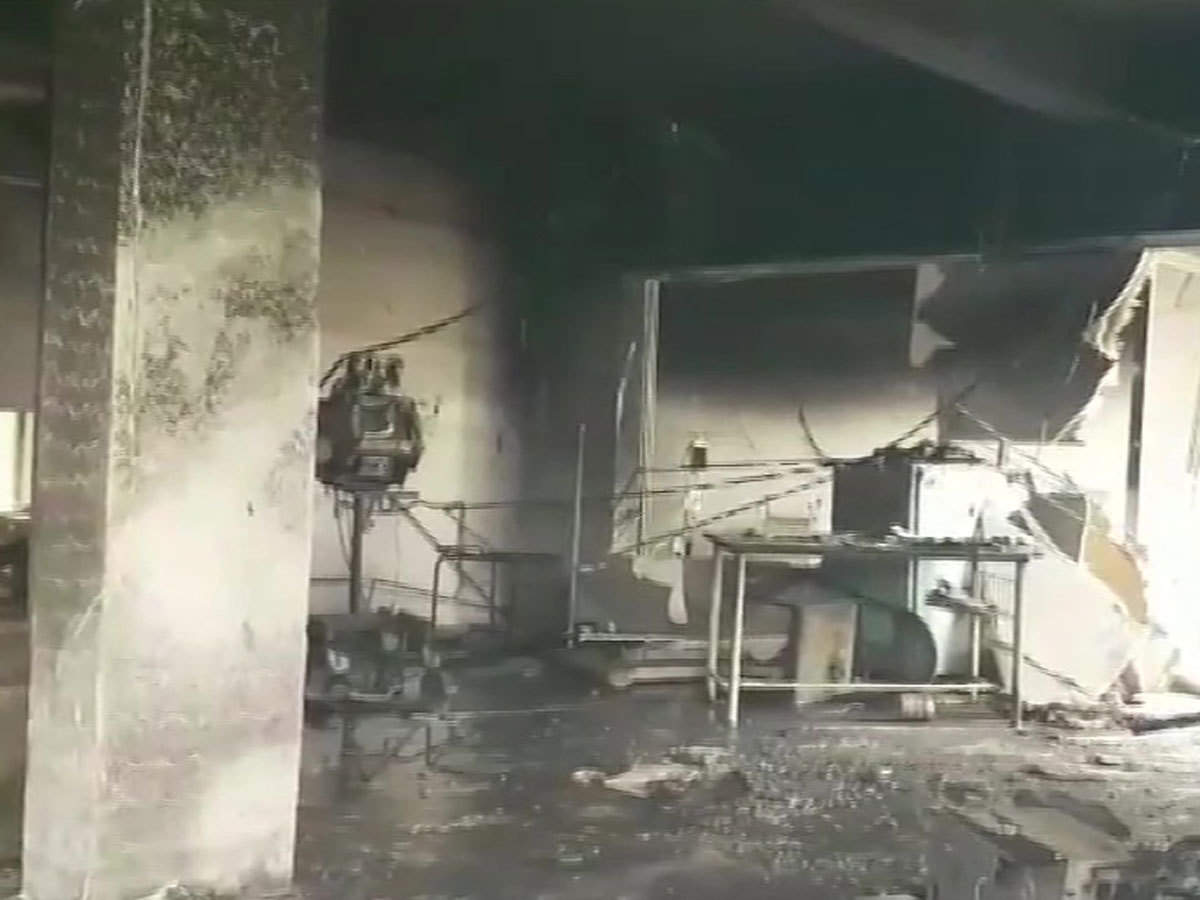 At least 16 people and two nurses were killed after a fire broke out at Patel Welfare COVID Hospital in Gujarat’s Bharuch on the intervening night of Friday-Saturday, police said. There were around 50 other patients at the four-storeyed Welfare Hospital when the fire broke at 1 am. They were rescued by locals and firefighters, immediately.

According to Rajendrasinh Chudasama, Superintendent of Police, Bharuch, the fire broke that broke out in the ICU due to a short circuit have been doused. “A fire broke out at ICU one unit at Patel Welfare COVID Hospital due to short circuit at around 12.30 am. The fire has been doused. The initial reports suggest that there is a possibility that at least 18 people died in the fire. The 12 patients in the COVID-19 ward died due to the fire and resultant smoke. It is not clear if the remaining six also died in the Welfare Hospital or while being shifted to other hospitals, he added.

Zuber Patel, the trustee of the hospital, told ANI:  “It’s an unfortunate incident not only for us but for entire Bharuch. With police and administration’s help, we could shift patients to other hospitals. 14 patients and two staff nurses lost their lives in the incident.”

It's an unfortunate incident not only for us but for entire Bharuch. With Police & admn's help, we could shift patients to other hospitals. 14 patients & 2 staff nurses lost their lives in the incident: Zuber Patel, trustee of the COVID care centre in Bharuch where fire broke out pic.twitter.com/lT1AQ9HGU7

“I express my condolences to the patients, doctors and hospital staff who lost their lives in the fire accident at Bharuch Hospital. The state government will provide assistance of Rs 4 lakh to the families of each of the victims of the accident,” tweeted Rupani.

The Chief Minister has also directed two senior IAS officers of the state, Additional Chief Secretary for Labour and Employment Vipul Mitra and Commissioner Municipalities Rajkumar Beniwal, to immediately reach Bharuch and investigate the incident. He has also said that the state government is also taking action to hand over a judicial inquiry into the tragedy.

Prime Minister Narendra Modi, too, expressed his condolences, saying, “Pained by the loss of lives due to a fire at a hospital in Bharuch. Condolences to the bereaved families.”

Pained by the loss of lives due to a fire at a hospital in Bharuch. Condolences to the bereaved families.

The COVID-19 designated hospital is situated on the Bharuch-Jambusar highway, around 190 km from Ahmedabad and is being run by a trust. As per the fire department, they received the call at 12.55 am about the fire in the ICU COVID ward of the hospital.