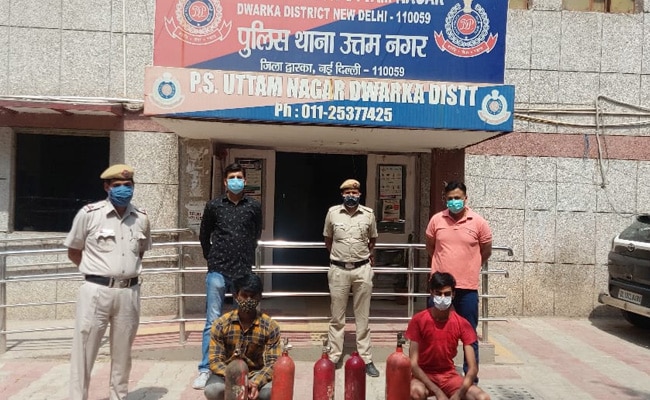 Two people were arrested here on Thursday for allegedly cheating a woman by selling her a fire extinguisher instead of an oxygen cylinder which she required for her COVID-19 positive relative, police said.
The two were arrested from west Delhi’s Uttam Nagar area.

At a time when the country is witnessing surge in COVID-19 cases, the demand for oxygen has subsequently increased.

The arrest was made by a joint team of special staff of the Department of Workforce Development (DWD) and Uttam Nagar Police, informed Deputy Commissioner of Police Santosh Kumar Meena.

Speaking to ANI, the police officer informed, “After a complaint was registered with the police by Geeta Arora, a resident of Bindapur that two people duped her with a fire extinguisher upon purchasing an oxygen cylinder for a relative suffering from COVID infection, the police carried out an investigation.”

The police team gathered information about the two accused with the help of Call Detail Record (CDR) and seized five fire extinguishing cylinders from their possession, he said

The accused named in the FIR are Ashutosh and Ayush, both residents of Vikas Puri.