As the COVID-19 cases rise in India, lockdowns have been imposed in several parts of the country. Following this, a picture showing thousands of people gathered on a road is doing rounds on social media claiming that the picture is from a foreign country where the public is protesting against the lockdown.

The image is being shared on Facebook with a caption that translates to, “In foreign, lockdown is being boycotted in this way whereas here, people are waiting for lockdown. God is the almighty, we are just going to trust him.” 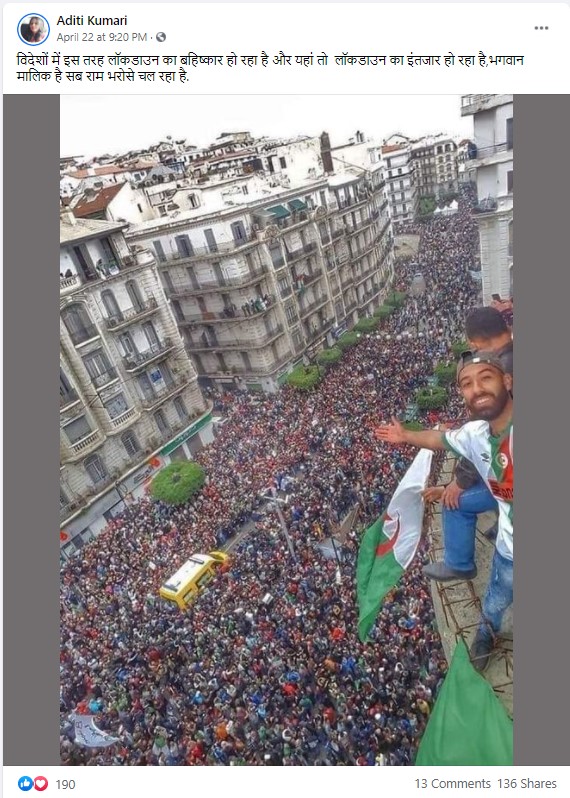 Similar posts on Facebook can be found here, and here.

With the help of Reverse Image Search, we found this image in several news reports published in March 2019. The reports stated that the picture is from Algeria where thousands of people came out on the streets to protest against former President of Algeria, Abdelaziz Bouteflika.

We found this image in an article by  ‘La Liberte’, published in March 2019. The caption read, “More than a million demonstrators in Algiers on Friday March 8, according to some observers (Photo: Nael Shama’s Twitter account). ” 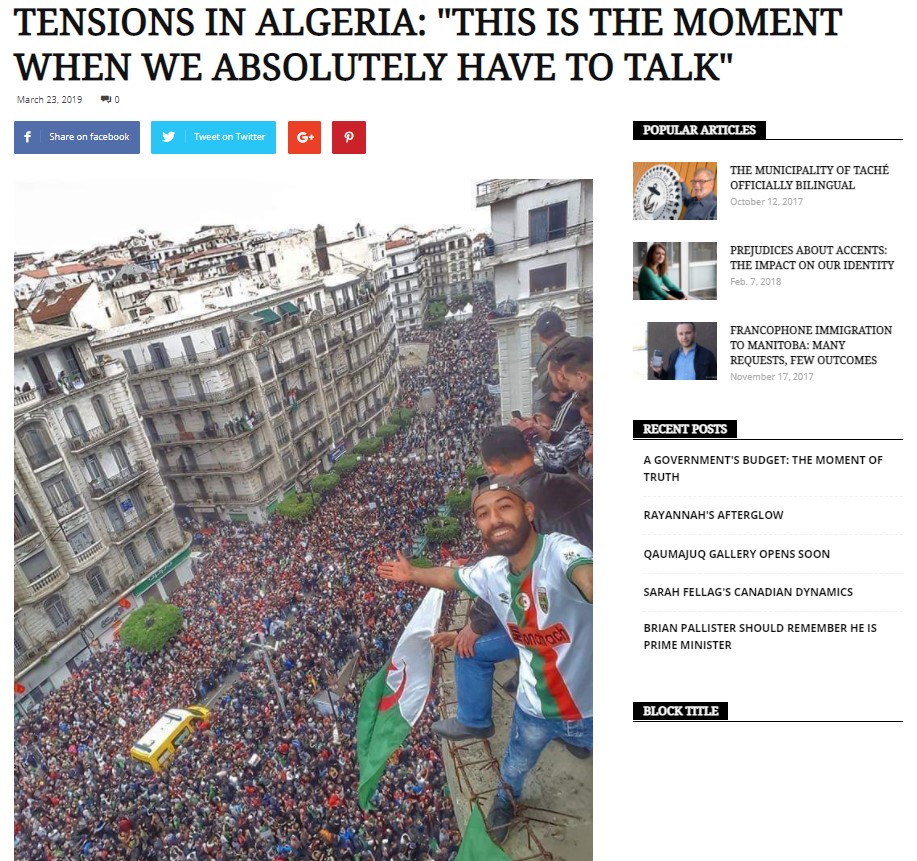 We also found the same news in reports by BBC and Arab 21, according to which thousands gathered in Algeria’s capital to demand the immediate resignation of the then President Abdelaziz Bouteflika.

Following the protest, Bouteflika resigned from his post in April 2019. He was the President of Algeria since 1999.