A picture showing three patients sharing a single hospital bed is doing rounds on social media. It is being claimed that the picture is from an overcrowded hospital in Gujarat.

(Translation: Highest Statue in the world in Gujarat …. Development Model see the condition of the hospital in Gujarat …. Two male patients with one woman on the same bed) 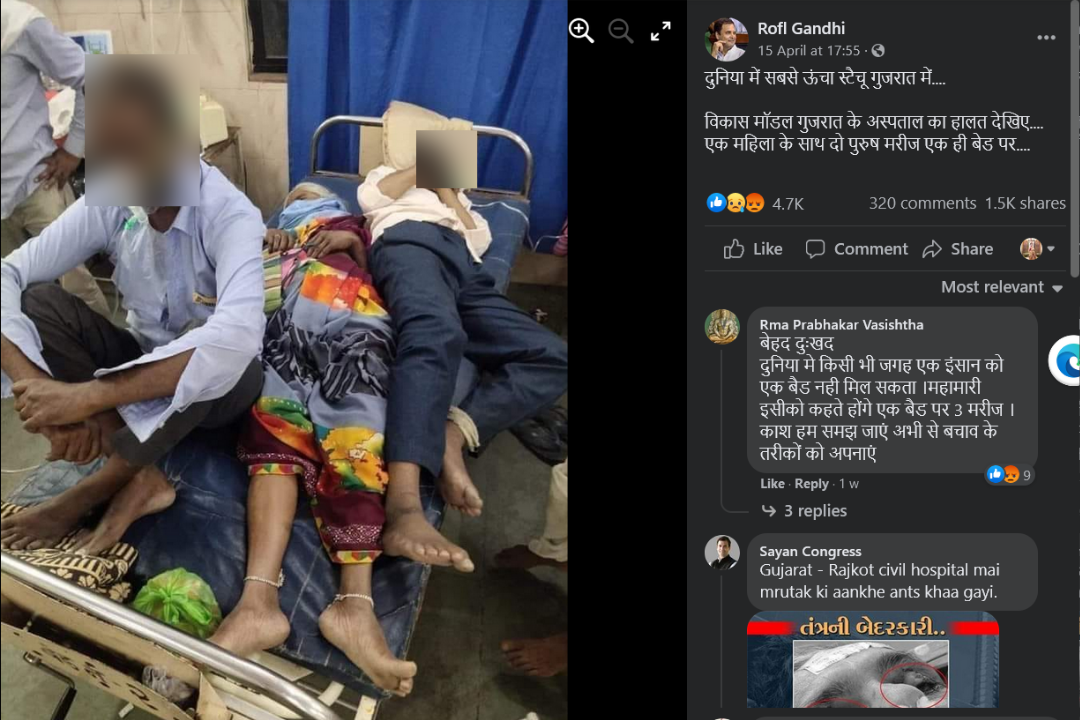 On putting the picture through Reverse Image Search, we found it in senior journalist Mehga Prasad’s tweet dated April 14, 2021. The tweet read, “This is from a hospital in #nagpur #Maharashtra #COVID19.”

This is from a hospital in #nagpur #Maharashtra #COVID19 pic.twitter.com/AdKrZNFYnU

With that information, we ran another search using the keywords and found a tweet by newswire ANI dated April 4, 2021. The tweet stated that the picture shows a COVID-19 patient sharing a bed in Nagpur’s GMC Hospital.

Maharashtra: In a viral video, more than one COVID patient seen sharing a bed in Nagpur’s GMC Hospital

As per the tweet, the hospital was overcrowded because patients were coming not just from urban and rural districts, but also from the state of Chhattisgarh and Madhya Pradesh.

On comparing the viral picture with the picture in the ANI tweet, similarities can be noticed in both the pictures. 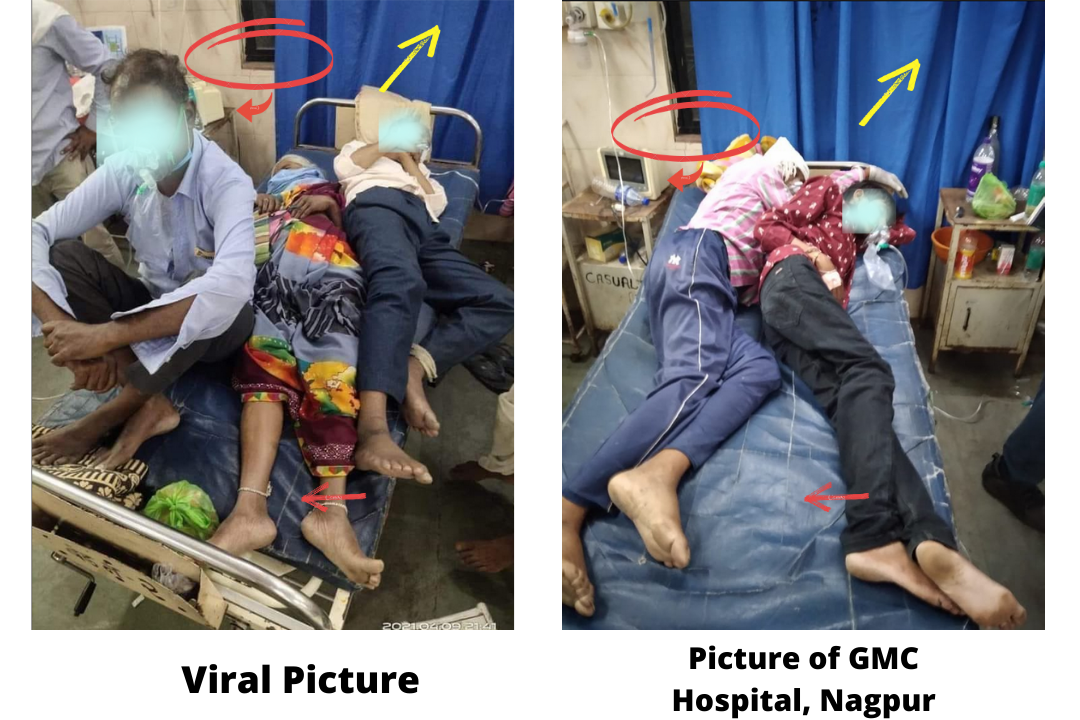 We found a news report by a New18 Hindi, dated March 31, 2021, carrying a report on the overcrowded hospital in Nagpur. The headline in Hindi can be translated to ‘Condition of Nagpur’s government hospital, two patients treated on one bed’. 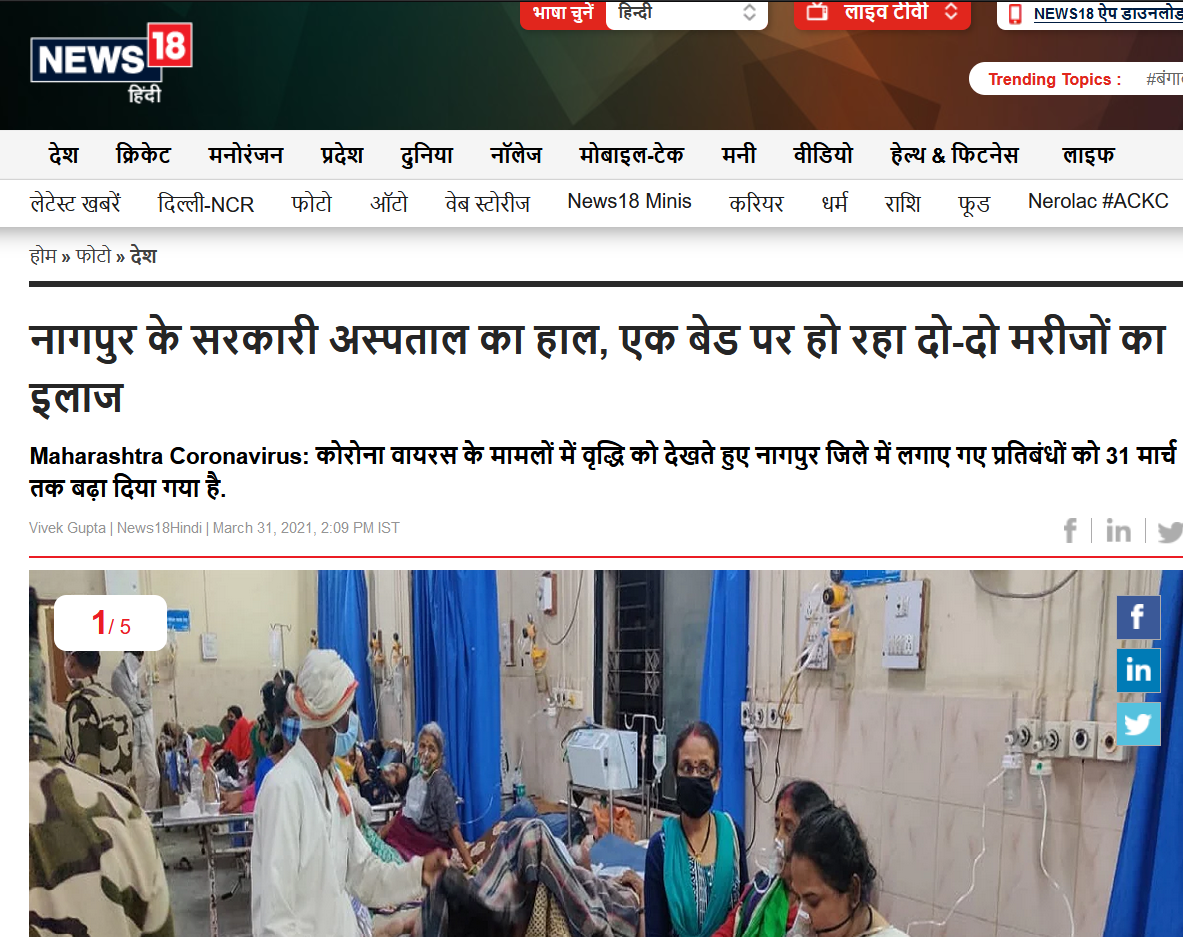 When we compared the viral picture with visuals of the hospital in the report, it became clear that the viral post shows GMC Hospital, Nagpur. 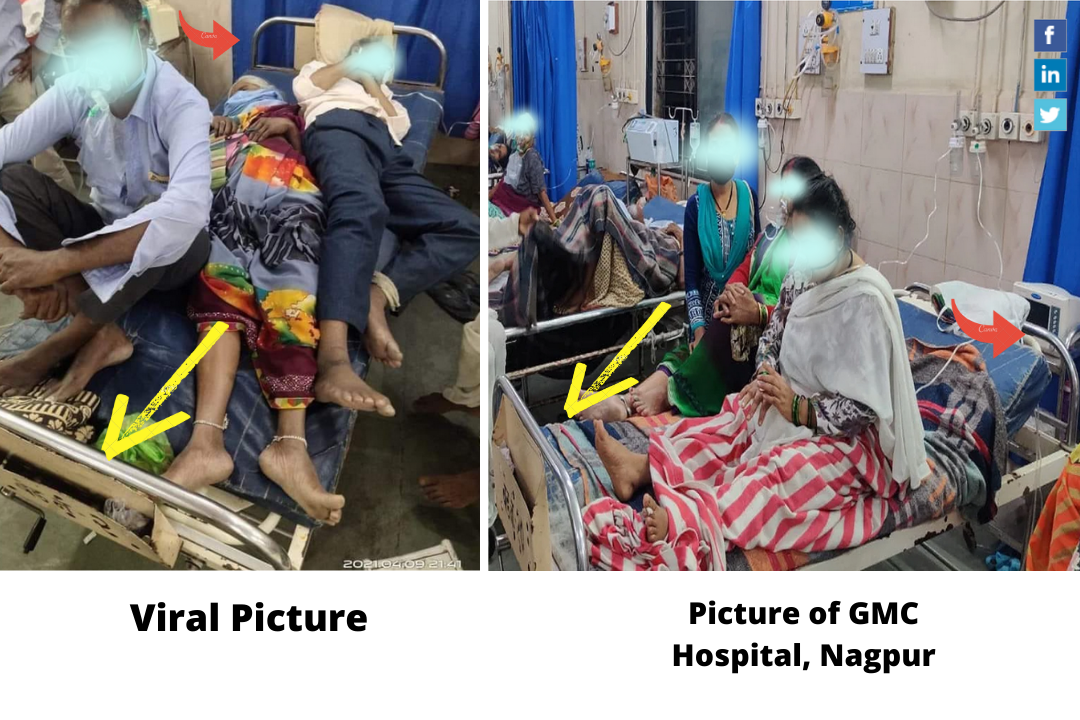 The report stated that due to steep charges in private hospitals, many people are coming to government hospitals. Further, serious patients are also being referred to GMC Hospital which is resulting in overcrowding.

Hence, from the above information, it is clear that the post claiming that the picture shows a hospital in Gujarat is misleading.