Home NM FACT CHECKER Fact Check: No, This Statue Of Lord Narasimha Was NOT Found During... 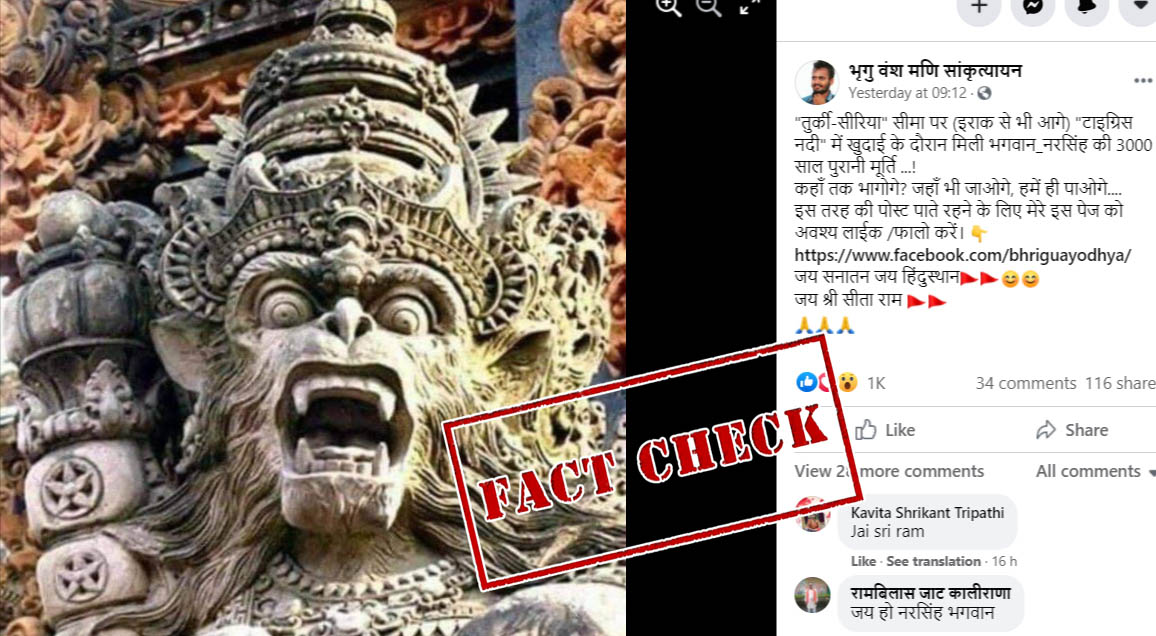 A picture of a statue is doing rounds on social media with a claim that a 3000-year-old statue of Lord Narasimha has been found during excavation near the Turkey-Syria border.

(Translation: A 3000-year-old statue of Lord Narasimha found during excavations in the Tigris River near the Turkey-Syria border! How far will you run? Wherever you go, you will find us because this whole universe belongs to Shri Ram. Long live Rama) 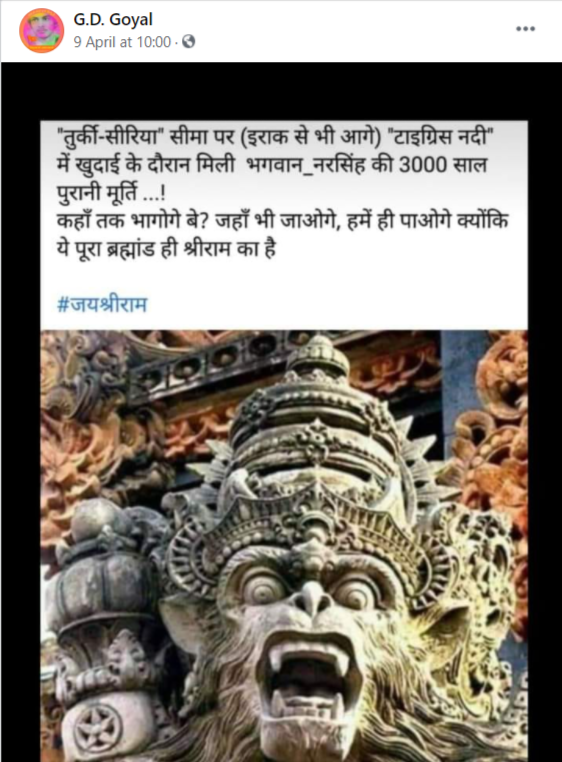 We put the picture through Reverse Image Search in TinEye and found that the picture has been circulating on the internet since 2017. 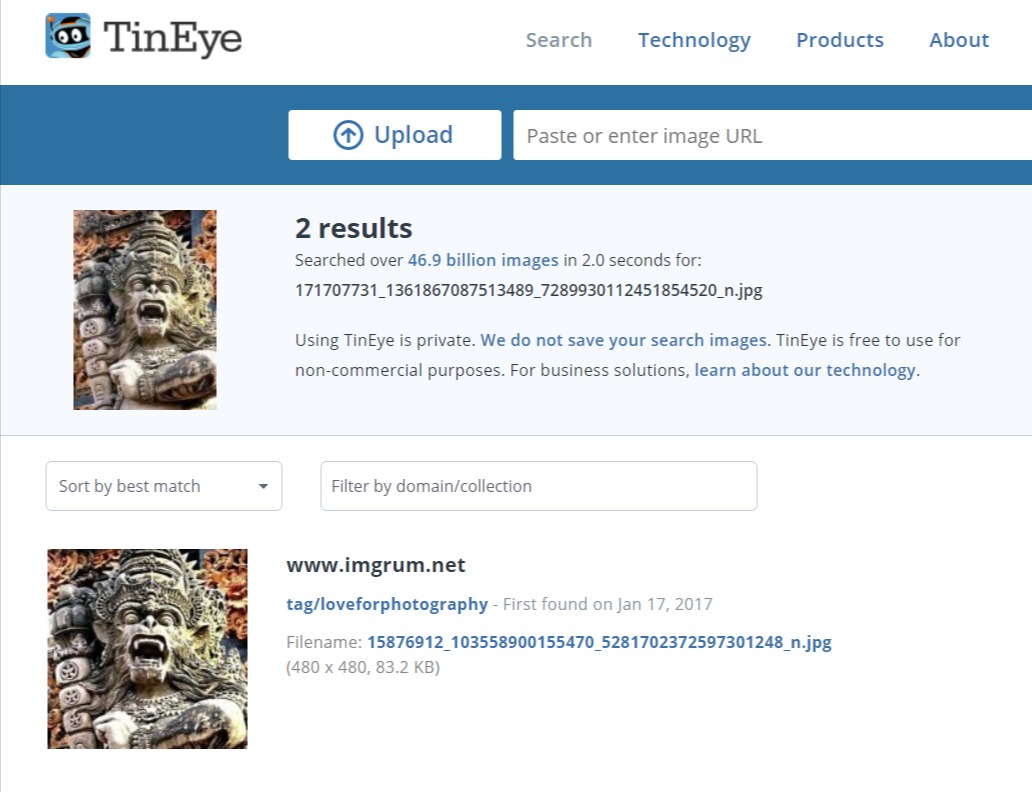 We then ran a Google Reverse Image Search and found the same picture on a website called Virtourist. “Bali, Kuta Beach, Hindu Temples,” the picture was titled. 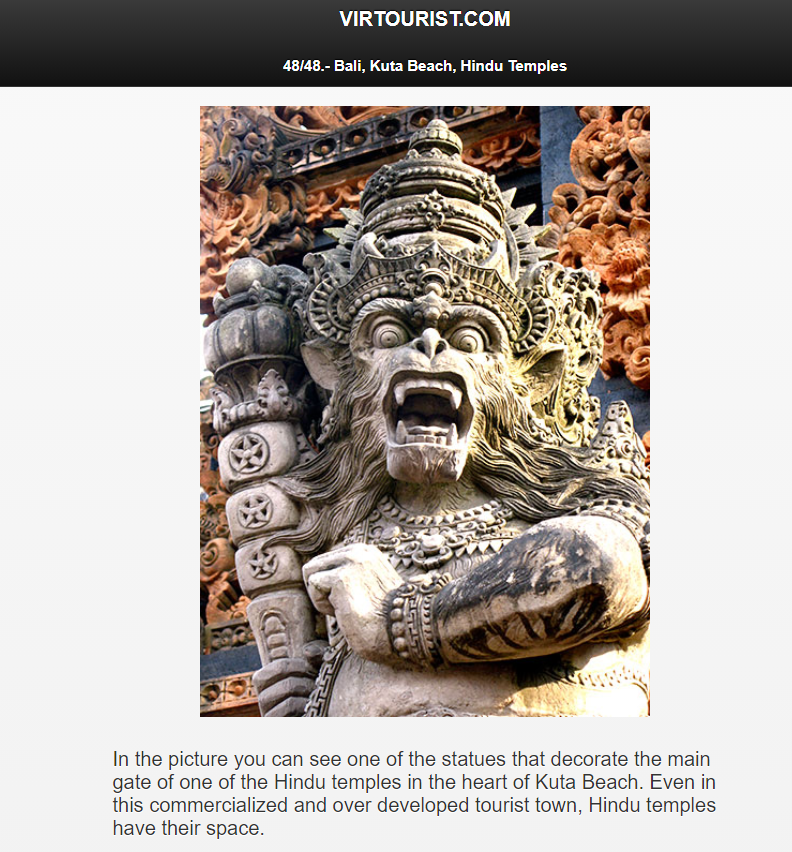 We then ran a keyword search and found different pictures of similar statues. According to Trip Advisor, the picture is from Dalem Penataran Desa Adat Temple near Kuta beach in Bali, Indonesia.

We then looked for the location on Google maps and found more pictures of the similar sculpture. 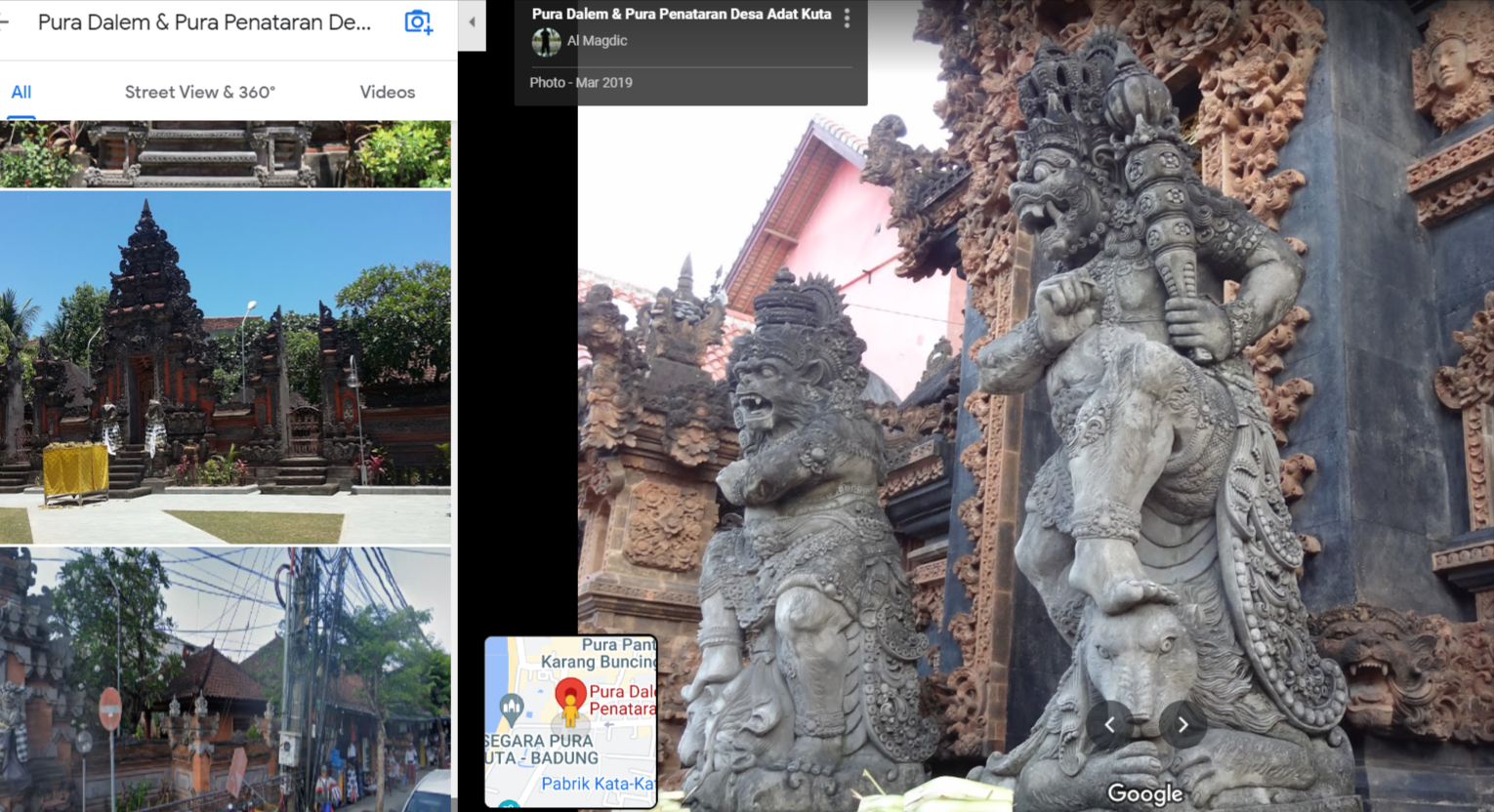 We compared the picture of the statue to the viral picture and found out that they are the same. 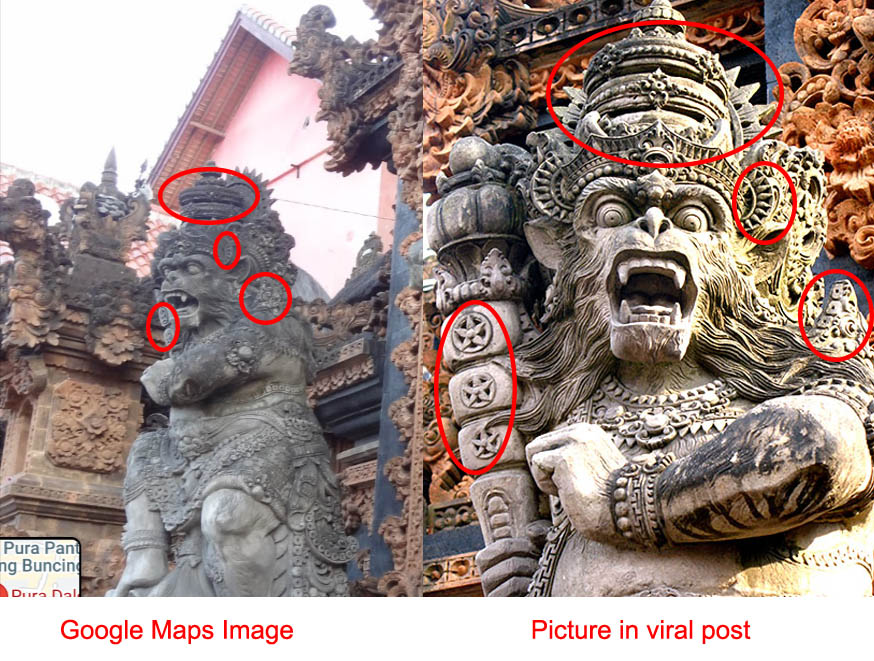 Moreover, we also looked for media reports about any recent excavation near the Turkey-Syria border but did not find any report to support the claim.

Hence, from the above fact check, it is clear that the viral post is false.