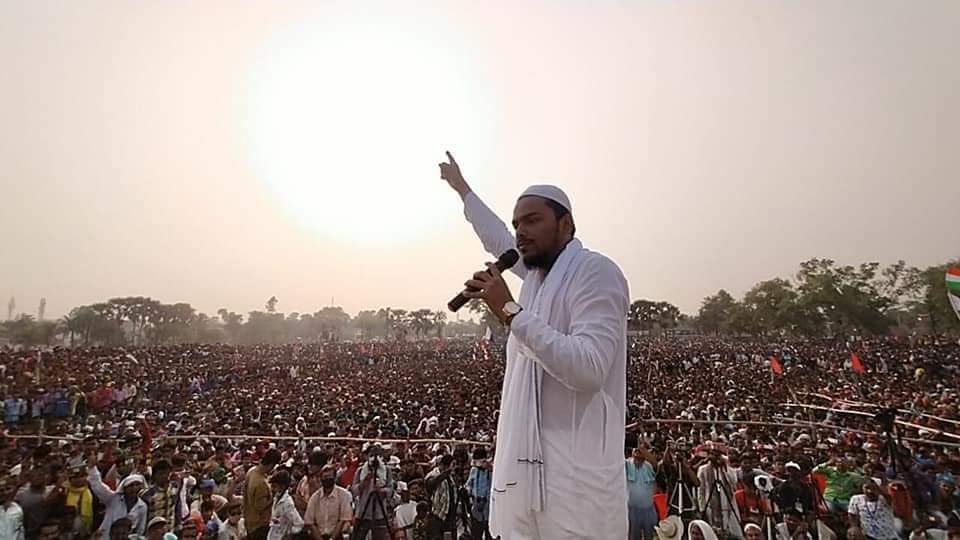 As Battle for Bengal goes down to the wire and political parties get down to the drawing board with their respective permutations and combinations, all eyes are now on minority votes which could emerge as a key deciding factor in the final stages of the 8-tier poll process.

As per the decade-old 2011 Census, West Bengal had over 24.6 million Bengali Muslims, who formed 27.01 per cent of the population of the state. Bengali Muslims incidentally form the majority in terms of population in three districts — Malda, Murshidabad and Uttar Dinajpur.

And politicians in West Bengal have traditionally perceived Muslims as one block which is why no stone is left unturned when it comes to playing the politics of polarisation and appeasement to ensure that the votes are consolidated.

The Muslim vote bank – which adds up to about 30 per cent of Bengal’s electorate – was courted by the Left Front consistently which ruled the state for 34 years. However tables turned to Mamata Banerjee’s advantage when the Sachar Committee report in 2010 said in no uncertain terms that Muslims in Bengal were in ‘worse’ condition on social and economic parameters.

Buoyed by the success of Singur and Nandigram anti-land acquisitions, Mamata did not want to miss this opportunity and worked consistently to dole out sops and benefits for the community, which the BJP is now tearing into, accusing her of playing minority politics.

From giving allowances and stipends to imams to providing free bicycles to girls studying in madrasas, from rolling out scholarships for Muslim students between Classes I to X to offering reservation to Muslim OBCs and making Urdu the second official language in districts where Urdu-speaking population was more than 10 per cent.

Mamata also walked the extra mile to ban the telecast of a drama series to be aired on a regional TV channel by the controversial Bangladeshi author Taslima Nasreen.

Data analysis reveals that the Left Front secured 56 per cent of Muslim votes in 2006 and swept the state assembly polls, bagging 233 of 294 seats. However, in the state elections that followed in 2011 and 2016 – Mamata’s Trinamool Congress pushed the Left to the wall and bagged majority Muslim support.

In the high decibel 2019 Lok Sabha polls, TMC bagged 65 per cent of the minority votes as the community rallied behind Mamata to stall the Modi juggernaut.

This time around, Mamata is not quite at ease. And the reason is not difficult to guess.

Two prominent Muslim leaders vouching for the Muslim identity have thrown a spanner for the Trinamool Congress – Pirzada Abbas Siddiqui from the influential Furfura Sharif in Hooghly district who has joined hands with the Left and Congress this time and Hyrdeabad MP Asaduddin Owaisi who could swing the Urdu speaking Muslim votes in his favour.

Furfura Sahrif is a hugely popular Islamic sect in Bengal, especially in border areas of the state and Abbas Siddiqui’s popularity with the Muslim voters cannot be overlooked.

Mamata pn her part has gone hammer and tongs against Owaisi and called him a BJP plant to split Muslim votes in Bengal, a charge strongly refuted by the AIMIM MP himself.

Addressing a meeting at Murshidabad’s Bhagangola on Tuesday, Mamata reiterated the importance of these seats. “I urge you to be united…don’t allow your vote to be split this time. If we get a good number of seats in these two districts and some others (such as Dinajpur), we will be able to form the government. You must understand that I am appealing to you for a reason…do you want our state to go to the BJP and become another Gujarat?” she asked.

In a subtle reference to the Sanjukta Morcha (United Front) of which Siddiqui’s Indian Secular Front is a key player, Mamata said that others are seeking votes from people were working in tandem with the BJP.

For the BJP, which has been extremely vocal against Bangladeshi infiltrators, this election is essentially about consolidation of Hindu votes. At a local level, BJP supporters are bringing back the nightmare of Malda riots of 2016 and the sinister Jaamat ul Mujahideen (Bangladesh) or JMB link to the Burdwan blasts to showcase how Mamata Banerjee government has conveniently turned a blind eye to atrocities reportedly committed by minorities and Islamic fundamentalists to pander to the Muslim vote base at the cost of national security.

Prime Minister Narendra Modi is also slated to hold public rallies both in Malda and Murshidabad on April 23 to appeal to voters for a mandate favouring BJP. In many seats in these districts, the share of Muslim population is even over 50% while in some it is as high as 80%-90%.

Political pundits say BJP will have the last laugh if the Muslim votes are split – between Mamata, Owaisi and Abbas Siddiqui.

In a state where Ram Navami processions were unheard of till the recent past and Jay Shri Ram had never been a part of the political lingo, where references to ‘mini Pakistan’ never dominated the socio-political specturm, it remains to be seen how the saffron camp can make the lotus bloom by uprooting the Trinamool.

Will Muslim voters then hold the key to mandate 2021 in Bengal? We will have to wait till May 2 for a clearer picture.