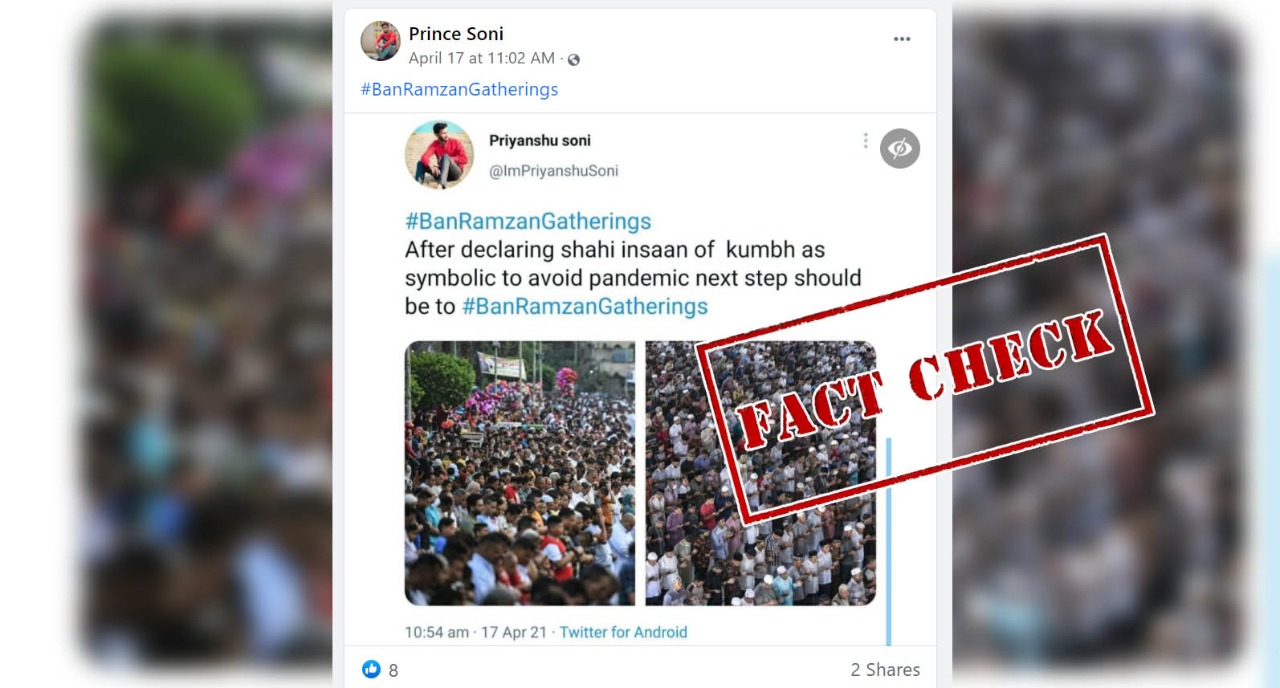 Amidst the second wave of the Coronavirus, a post with two images showing a large group of people wearing skull caps has gone viral on social media. The images are being shared with a claim that they were taken in India during the ongoing Ramadan. 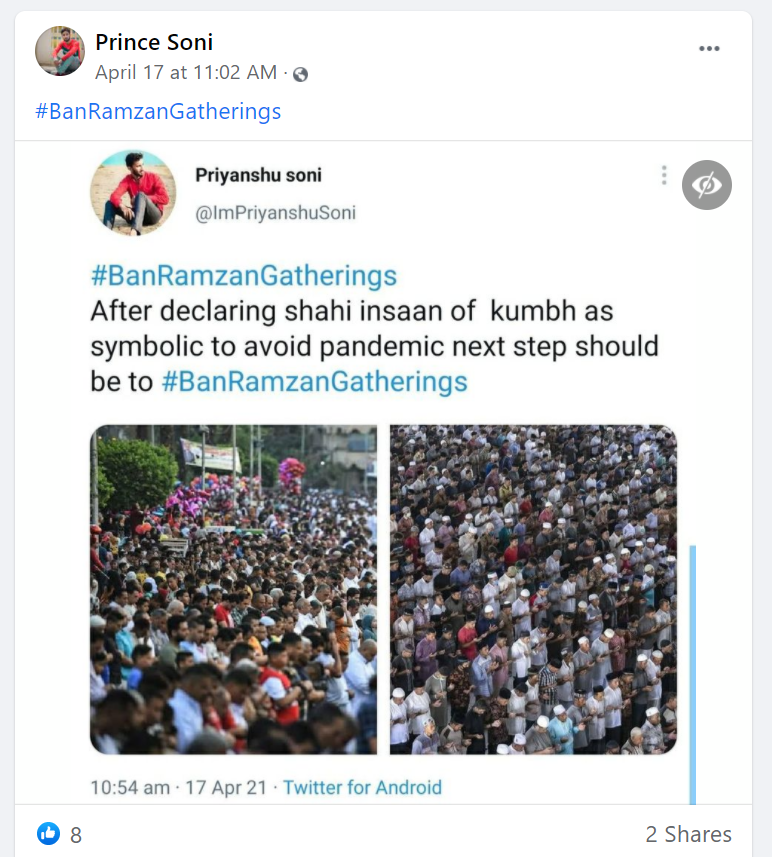 We performed a Reverse Image Search and came across an article published by Arab News dated 7 April 2020, that carried the same image. The headline of the article read, “Egypt to ban Ramadan gatherings to counter spread of coronavirus”. 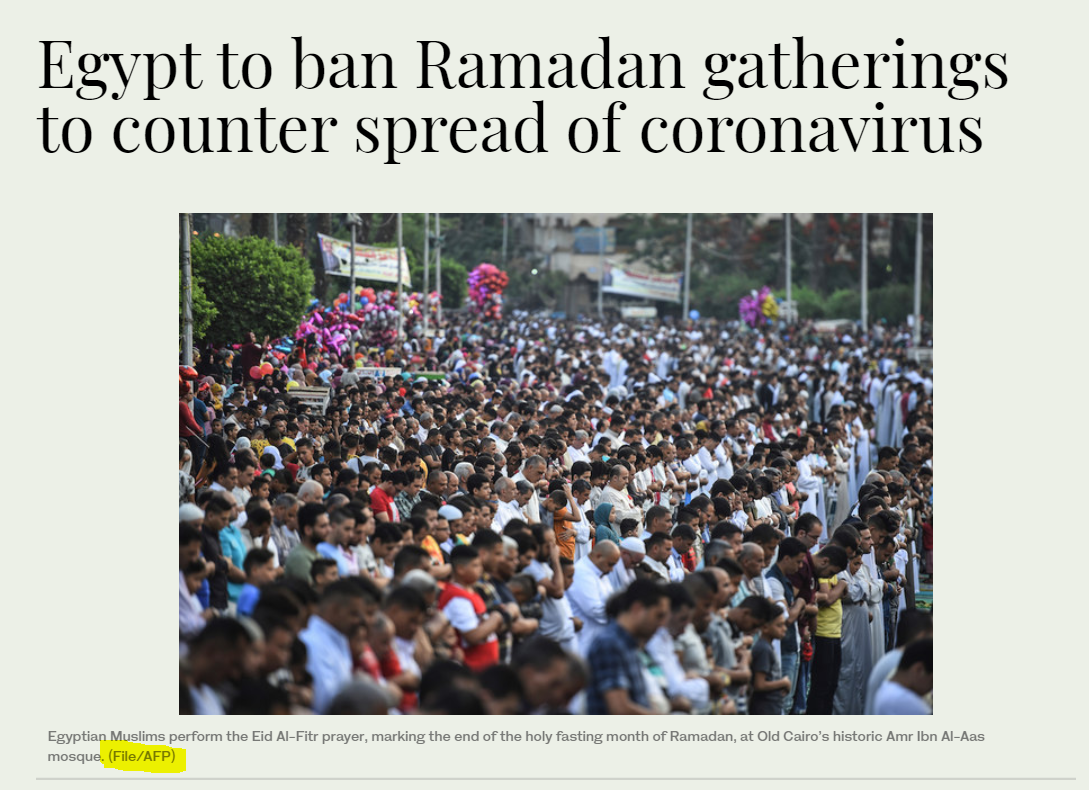 The article mentions that the picture shows a gathering of people at Old Cairo’s historic Amr Ibn Al-Aas mosque in Egypt on the last day of Eid Al-Fitr in 2019. 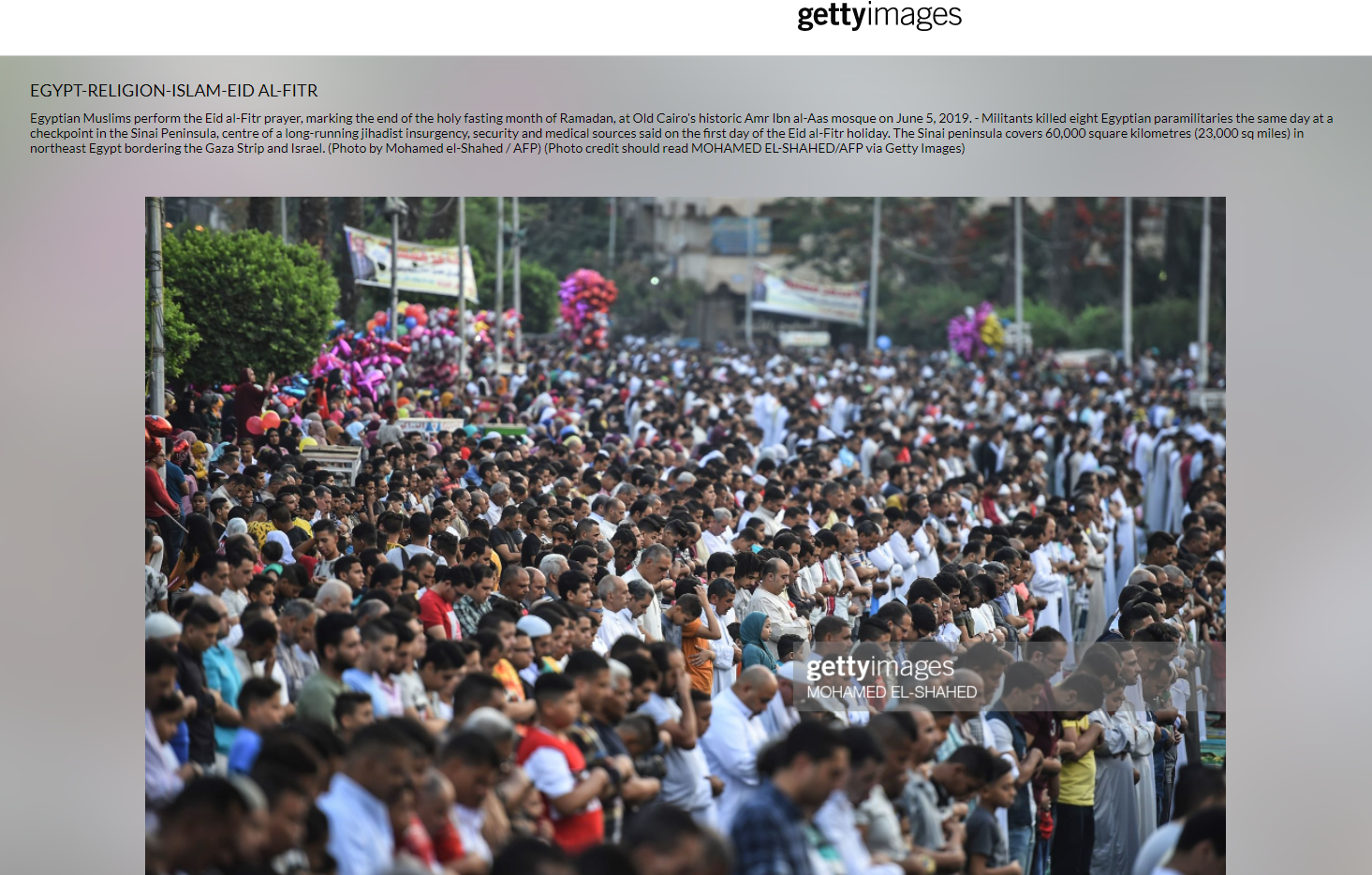 Thus, it is proved that the viral image was taken in Egypt and not India.

On conducting a Reverse Image Search on the second picture, we found this picture in a report by a US based news organisation, NPR dated April 24, 2020. The headline of the report read, “Muslims Around The World Face A Different Kind Of Ramadan”.

The caption of the picture mentioned that it was taken in Indonesia in 2020 despite concerns of the coronavirus outbreak. 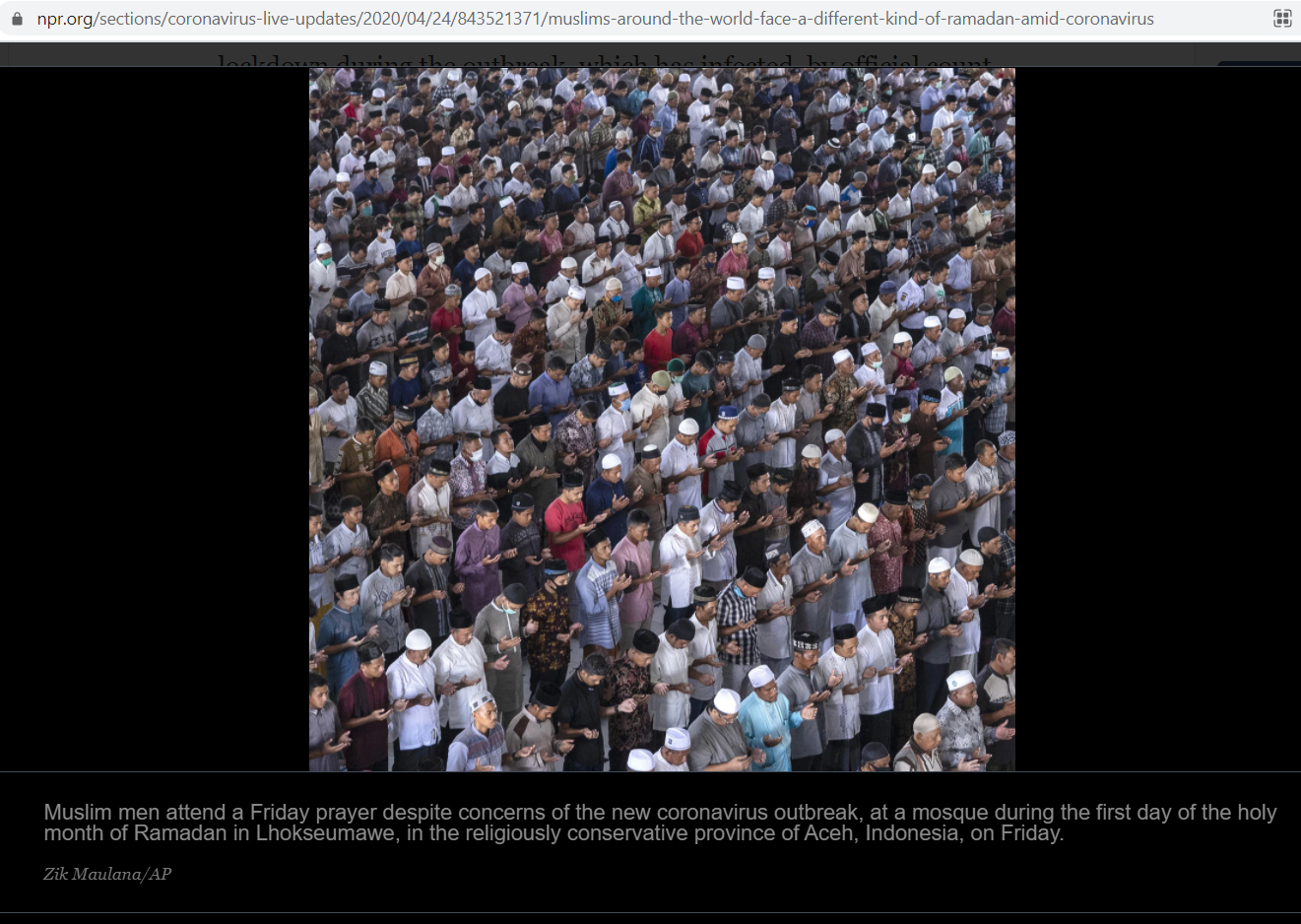 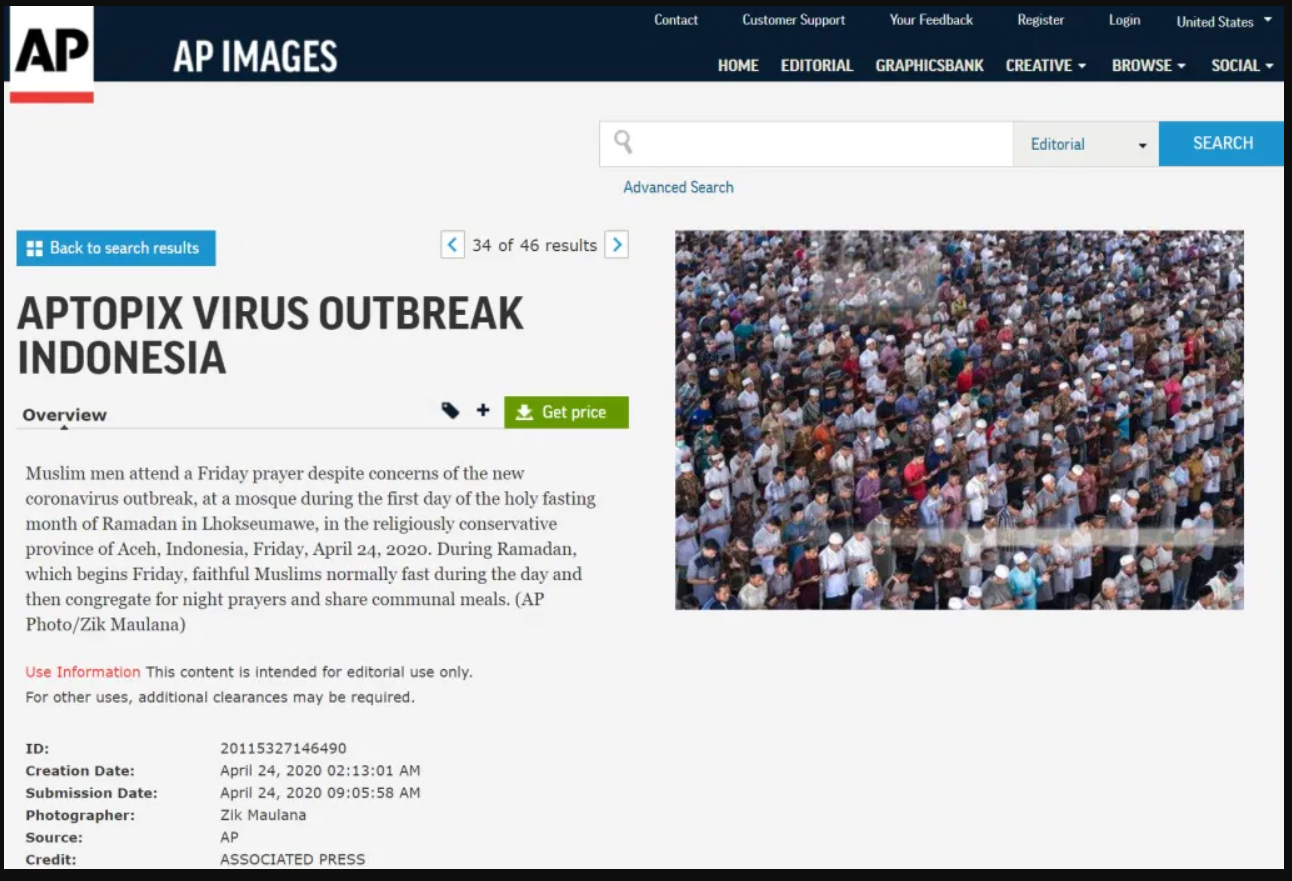 The description mentions that the picture shows a large group of men attending Friday prayera at a mosque during the first day of the holy month of Ramadan in 2020 in Lhokseumawe, Indonesia.

Thus, the second viral image is from Indonesia and not India.

From the above information, it is clear that old and unrelated photos from Egypt and Indonesia are being shared as crowds gathered in India for Ramadan prayers.