Home NM FACT CHECKER Fact Check: No! This Picture Does NOT Show Joe Biden Apologizing To... 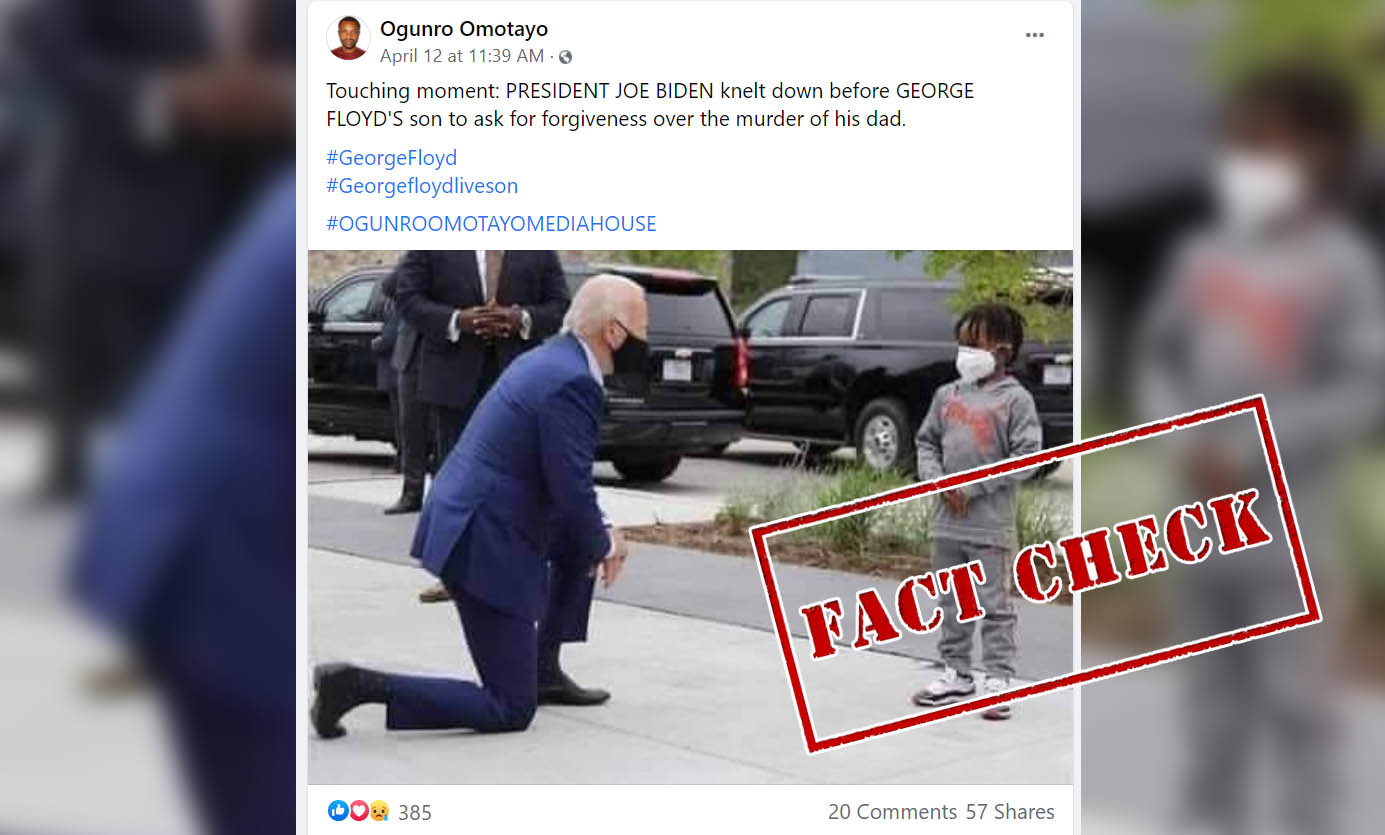 A picture of US President Joe Biden kneeling in front of a kid is doing rounds on social media. It is being shared with a claim that the picture was taken when he publicly apologized to George Floyd’s son.

George Floyd was an African American man who was killed in police custody in Minneapolis, leading to widespread protests across the United States last year.

Caption of the post shared on Facebook reads, “Touching moment: PRESIDENT JOE BIDEN knelt down before GEORGE FLOYD’S son to ask for forgiveness over the murder of his dad.” 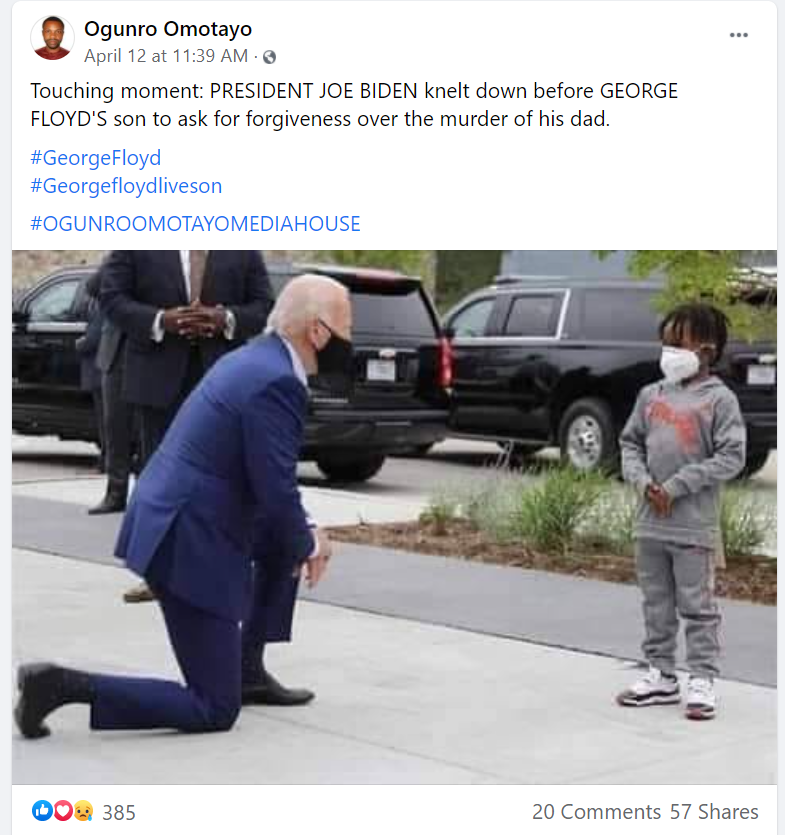 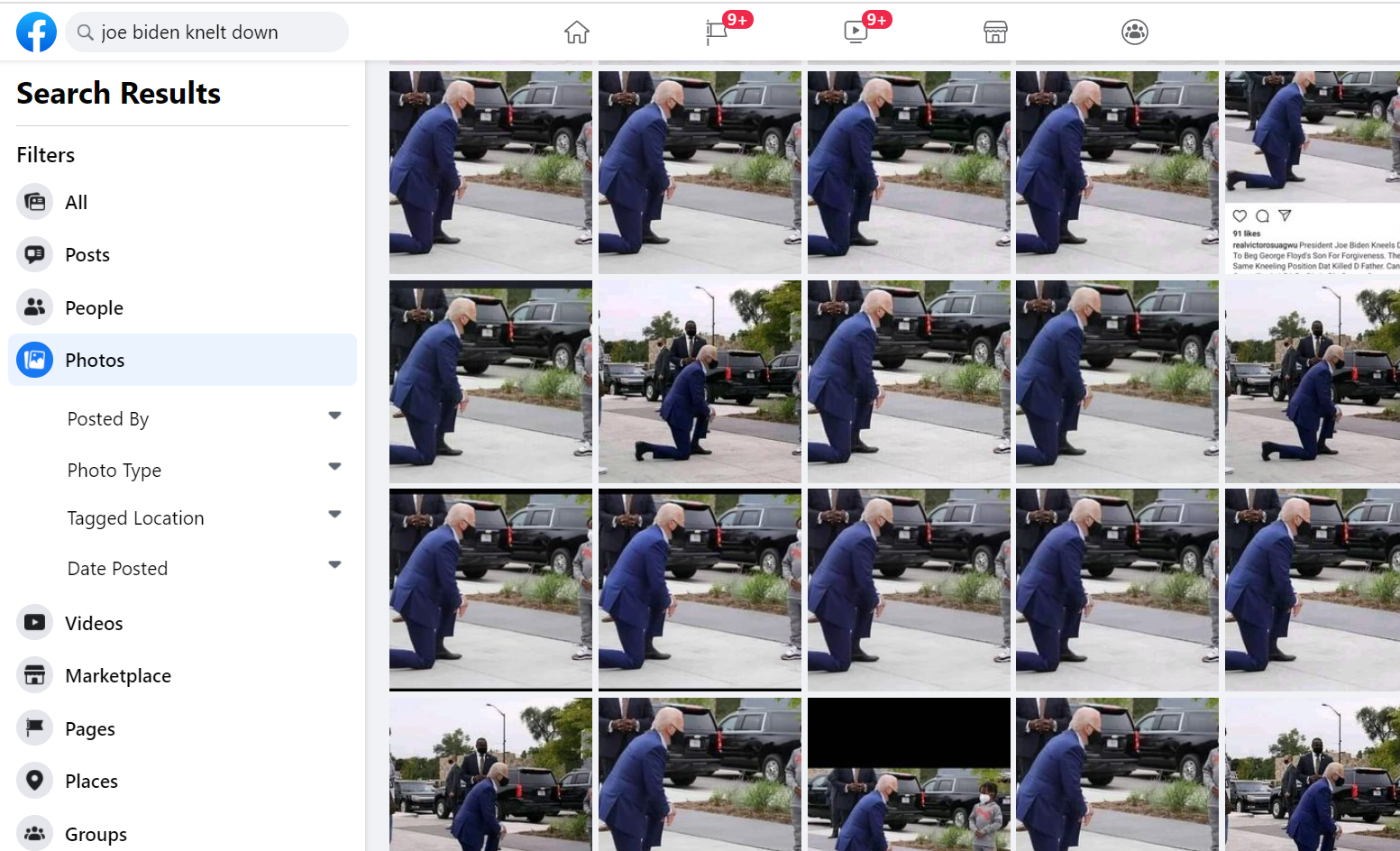 A simple Reverse Image Search of the picture led us to the same picture being uploaded on Reuters dated September 9, 2020. The caption of the picture read, “Democratic U.S. presidential nominee and former Vice President Joe Biden speak to CJ Brown as he makes a brief stop at “Three Thirteen” clothing store to buy a few items for his grandchildren while visiting Detroit, Michigan, September 9, 2020.”

As per Reuters description, the picture was clicked by Leah Millis, so we scanned through her social media accounts to look for some more information. 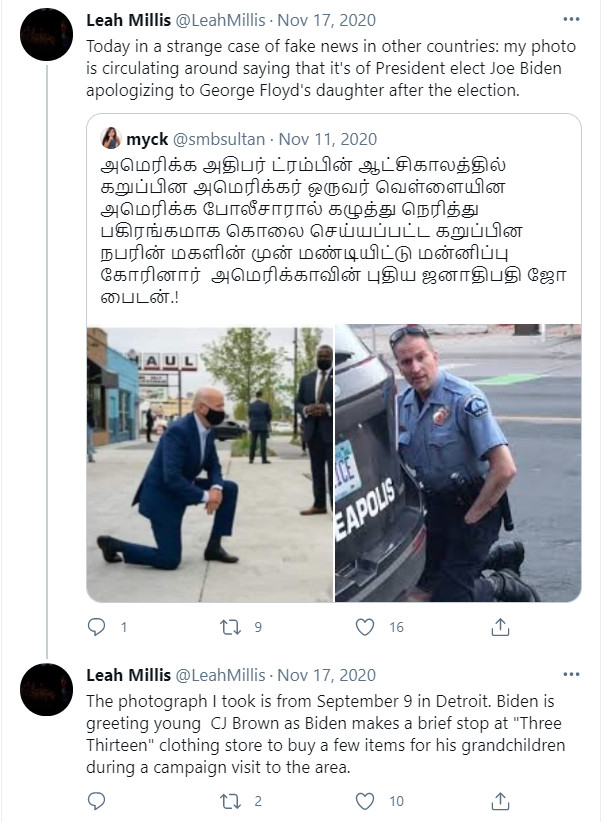 The same photo was posted on Instagram by Biden on September 15, 2020, tagging the location of the photo taken in Detroit, Michigan. 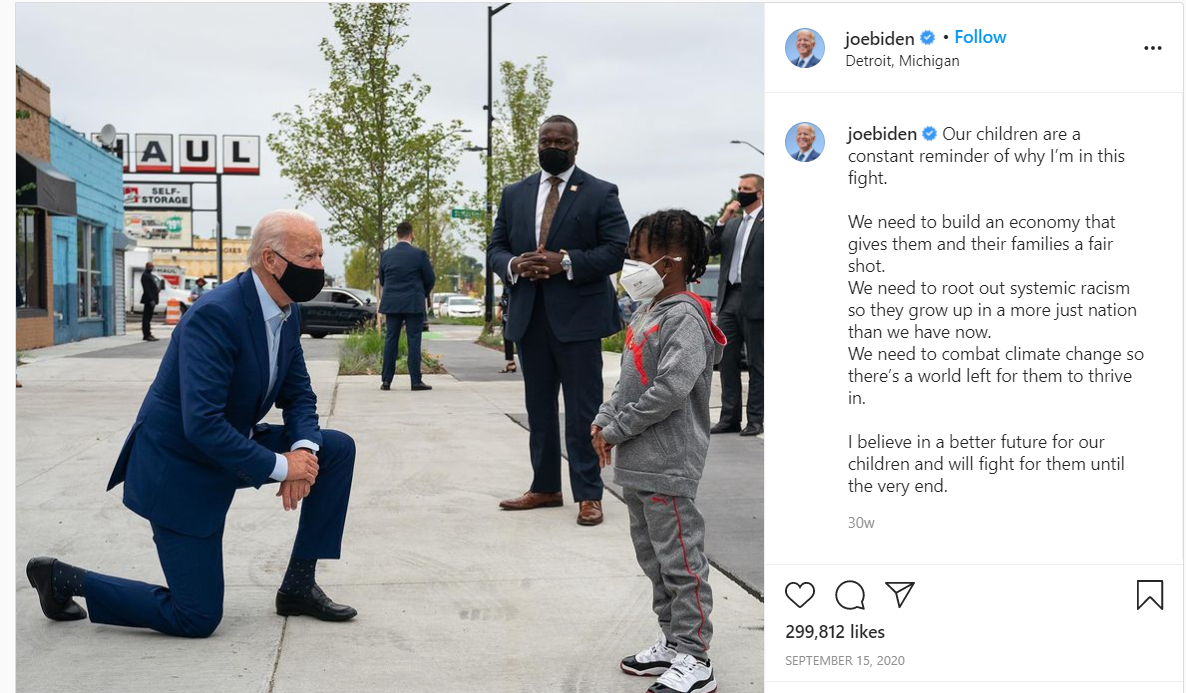 The incident with similar photos was also published in an article by Detroit Free Press on September 9, 2020, stating that Biden had made a quick stop at Three Thirteen clothing store in Detroit to shop for his grand kids. 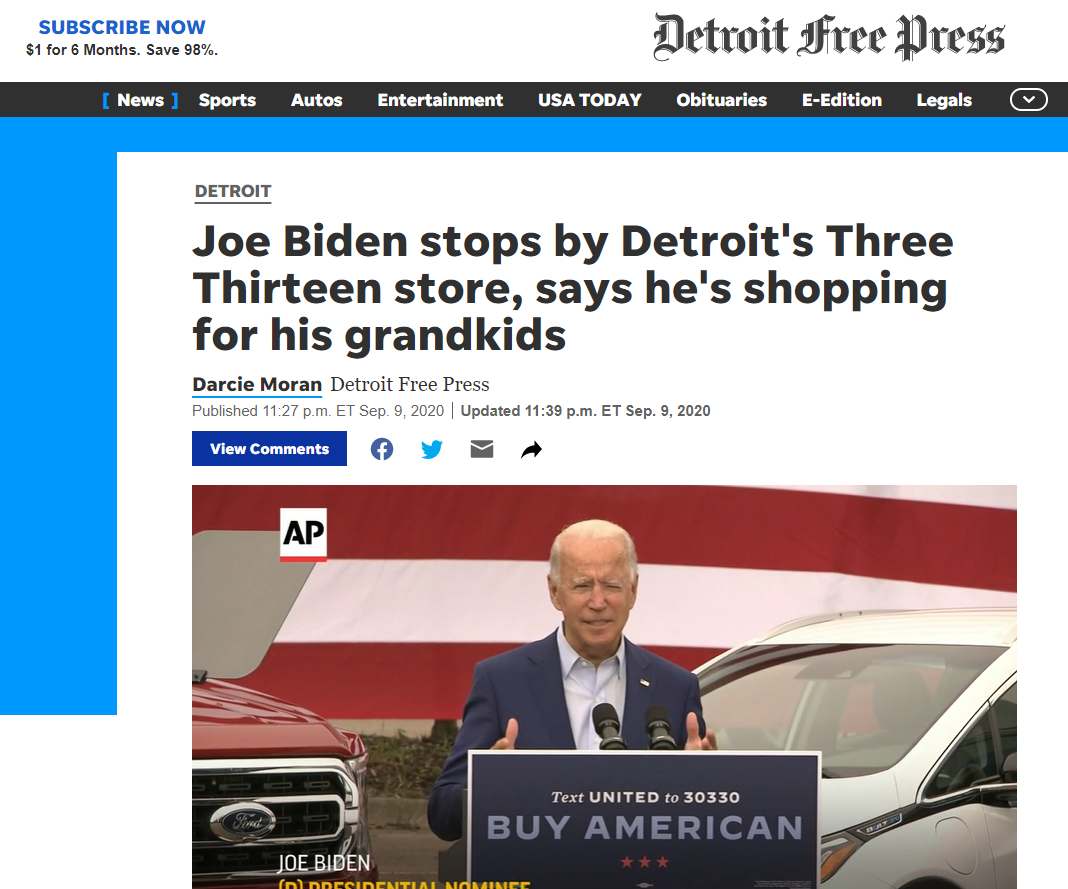 We have also done a similar fact check in which it was claimed that Joe Biden was apologizing to George Floyd’s daughter.

Fact Check: This picture is NOT of Joe Biden apologising to George Floyd’s daughter; Here’s the truth

Hence, from the above information, it is clear that the viral post claiming that Joe Biden is apologizing to George Floyd’s son is false and misleading.