A screenshot of a news channel claiming that US President Joe Biden’s administration has requested YouTube to remove the public dislike count is being shared on social media. 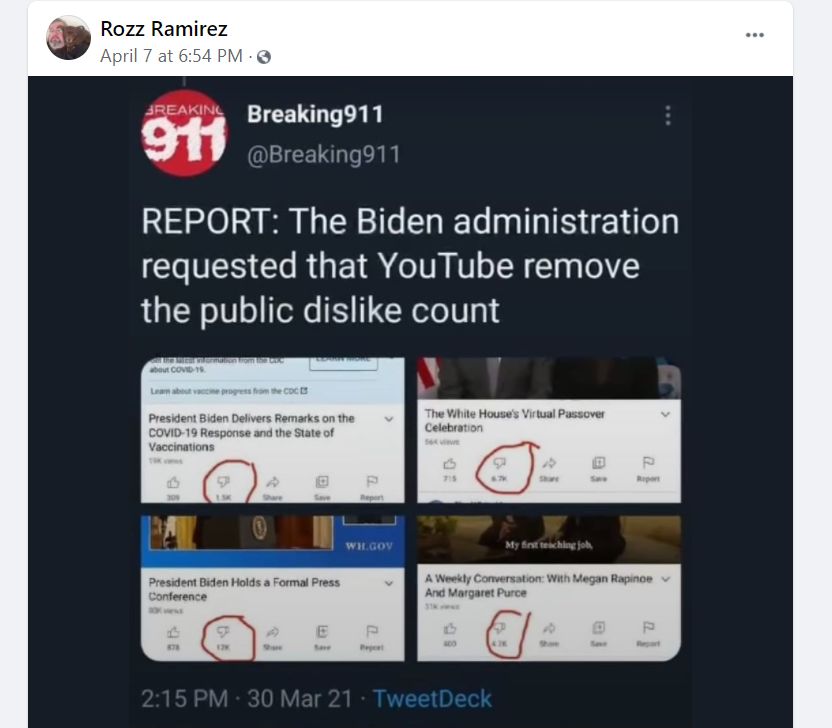 Initially, we searched the web but could not find any media reports corroborating the viral claim. News this big should have been covered by big media organisations. Although, there were many reports stating that as part of an experiment, Youtube is testing hiding dislike on a creators’ video. 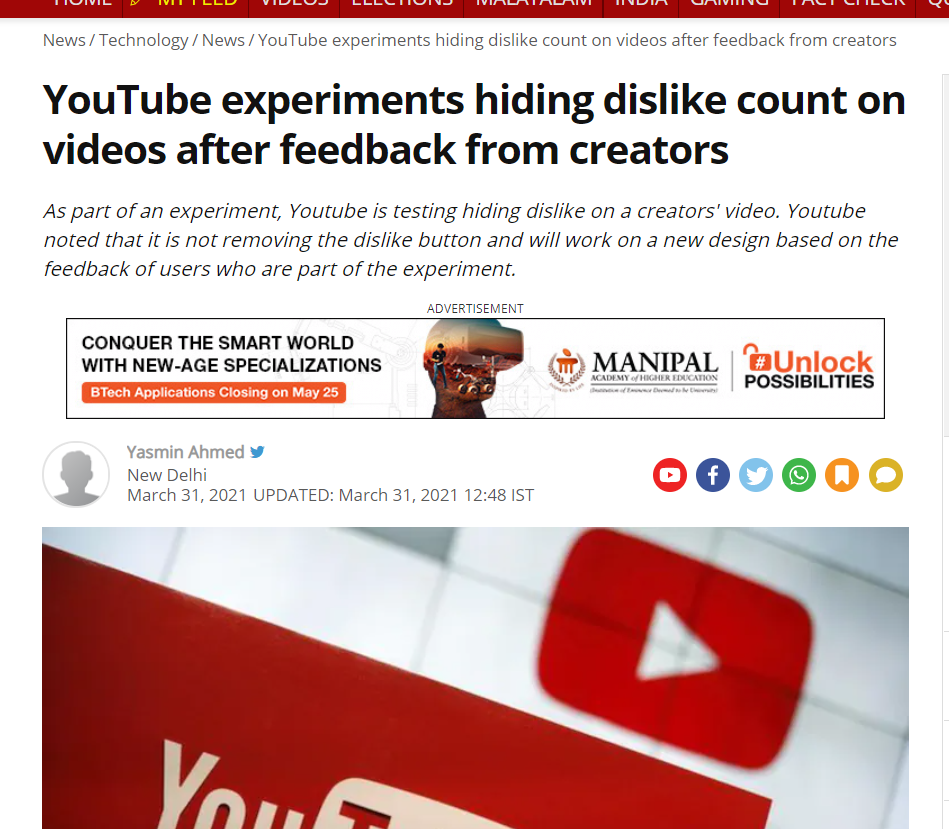 Taking a cue from this, we came across a tweet by YouTube’s official handle posted on March 30. The tweet mentioned that YouTube is testing new designs that do not show the number of dislikes on a video in a small experiment. 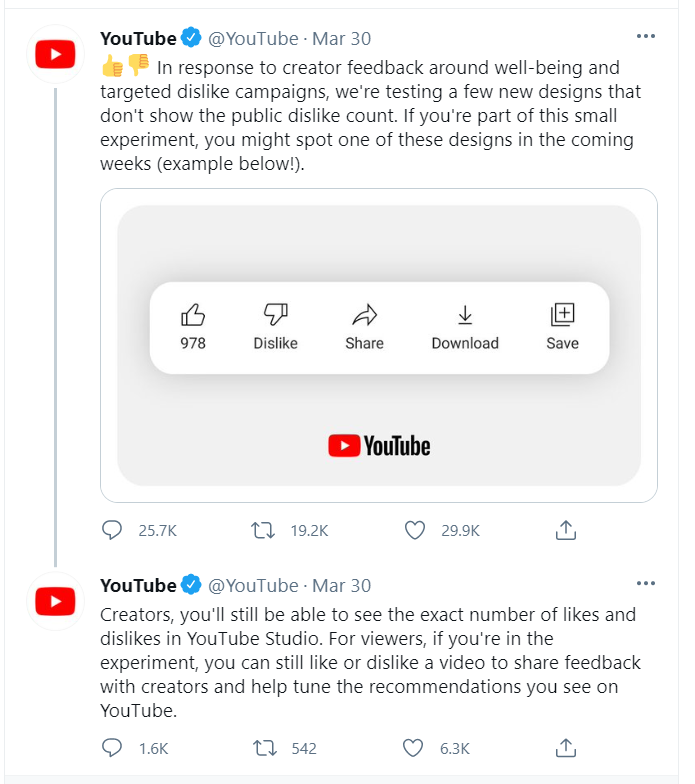 “Creators, you’ll still be able to see the exact number of likes and dislikes in YouTube Studio. For viewers, if you’re in the experiment, you can still like or dislike a video to share feedback with creators and help tune the recommendations you see on YouTube,” the tweet says.

The test is in response to creator feedback that the public dislike counts affect their wellbeing and may incite ‘a targeted campaign of dislikes’ on a video, according to YouTube. For now, the dislike button will not be removed. 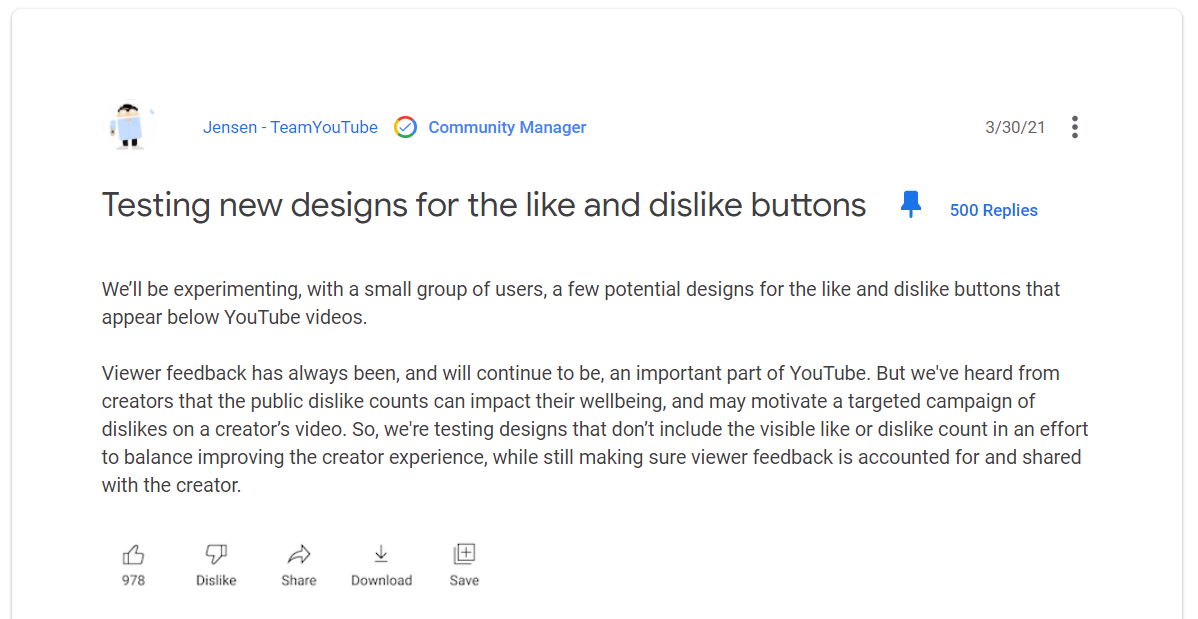 Thus, from the above information, it is clear that YouTube is testing designs where the number of dislikes on a video is hidden in response to creator feedback. There is no evidence that the Biden administration asked the company to remove the dislike count. Hence, the above claim is misleading.