Home Home Slider History Would Be Kinder To You If Congress Took Your Advice: Harsh... 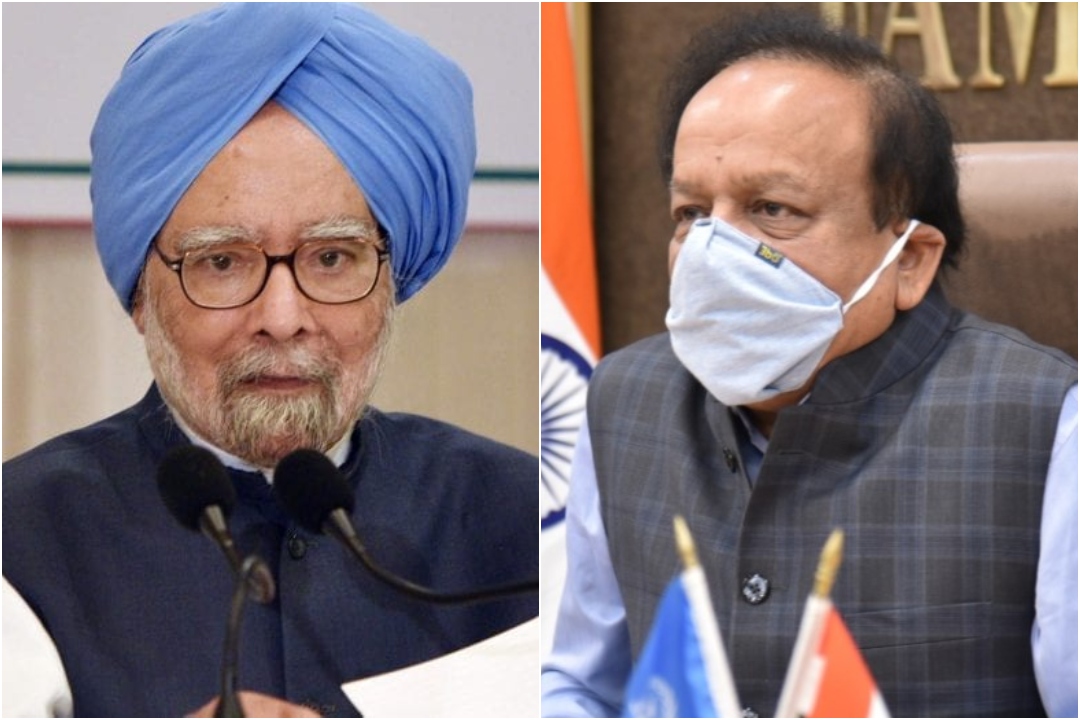 Union Health Minister Harsh Vardhan on Monday responded to former PM Manmohan Singh’s letter to Prime Minister Narendra Modi over the COVID-19 situation in the country and alleged that Congress-ruled slate governments were engaged in spreading doubts regarding the efficacy of the vaccines, thereby playing with the lives of the countrymen.

In a reply to former Prime Minister and Congress leader Dr Manmohan Singh’s letter listing out suggestions for consideration ‘in a spirit of constructive cooperation’, to Prime Minister Narendra Modi urging him to ‘resist the temptation to look at the absolute number of vaccinations and focus on the percentage of the population vaccinated’, Union Health Minister Harsh Vardhan said history shall be kinder to him if his offer and valuable advice was followed by his party members.

Union Health Minister Harsh Vardhan said, “History shall be kinder to you Dr Manmohan Singh ji if your offer of ‘constructive cooperation’ and valuable advice was followed by your INCIndia leaders as well in such extraordinary times !”

The Union Health Minister’s letter read,”The emphasis you have laid on vaccination as an important tool to fight COVID-19 is well taken, which is exactly why India launched the world’s biggest vaccination drive and also became the fastest in the world to reach the milestones of 10, 11 and 12 crore administered doses. Your advice to not get tempted to go by absolute numbers, but to go by percentage of population covered, is not incorrect. However, I am sure that you will agree with me that this is a practice that must be followed uniformly and junior members of your party too must follow your advice.”

Harsh Vardhan in his letter further told the senior Congress leader that while he well understands the importance of vaccination as an important method of fighting the COVID-19 battle, people in responsible positions in his as well as in the state governments formed by his party does not seem to share his opinion.

The letter stated, “Quite obviously, it cannot be that the discussion on total cases, active cases or mortality is based on absolute numbers, which the Congress party often tries to do, but the vaccination numbers continue to be touted as a percentage of the population covered. It is saddening, Dr Singh, that while you very well understand the importance of vaccination as an important method of fighting the COVID-19 battle, people in responsible positions in your party as well as in the state governments formed by your party do not seem to share your view.”

In all humility, a word of advice to you as well, Dr Manmohan Singh ji !

A learned man of your stature could do well to surround himself with better advisors.

All suggestions given by you have been implemented a week prior to your letter.