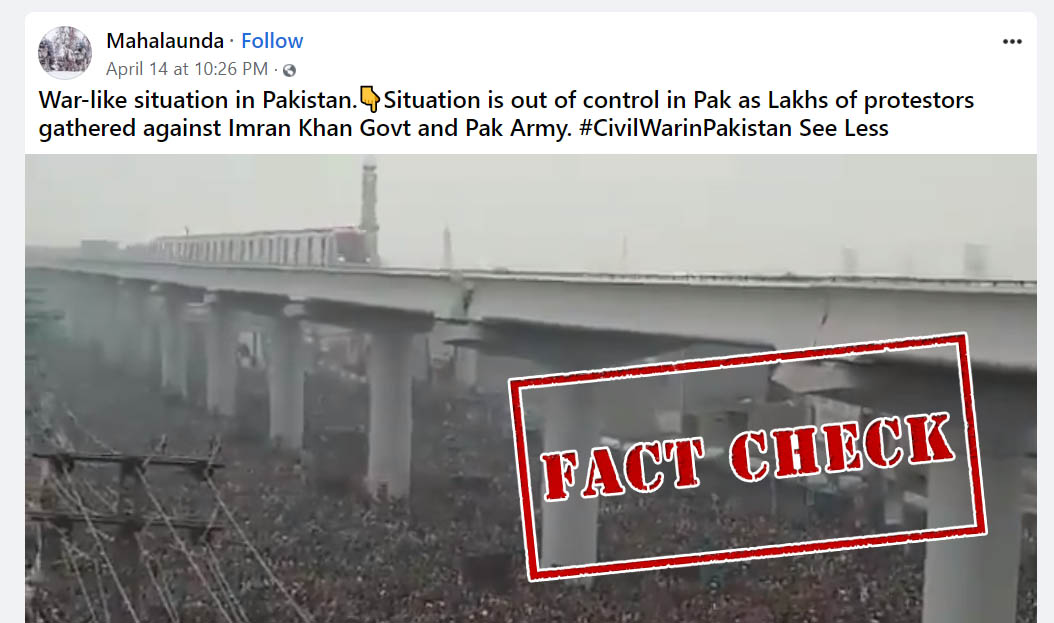 A video of thousands of protesters chanting slogans is being shared on social media with the claim that it shows Pakistani citizens protesting against Prime Minister Imran Khan and the Pakistani army.

The video became viral at the pretext of the recent conflict in Pakistan between Islamist group Tehreek-i-Labaik Pakistan (TLP) and Pakistan authorities which was sparked by French President Emmanuel Macron’s support for displaying caricatures of Prophet Muhammed after a high school teacher was beheaded for showing them in class.

The video was shared on Facebook with a caption that reads, “War-like situation in Pakistan. Situation is out of control in Pak as Lakhs of protestors gathered against Imran Khan Govt and Pak Army. #CivilWarinPakistan.” 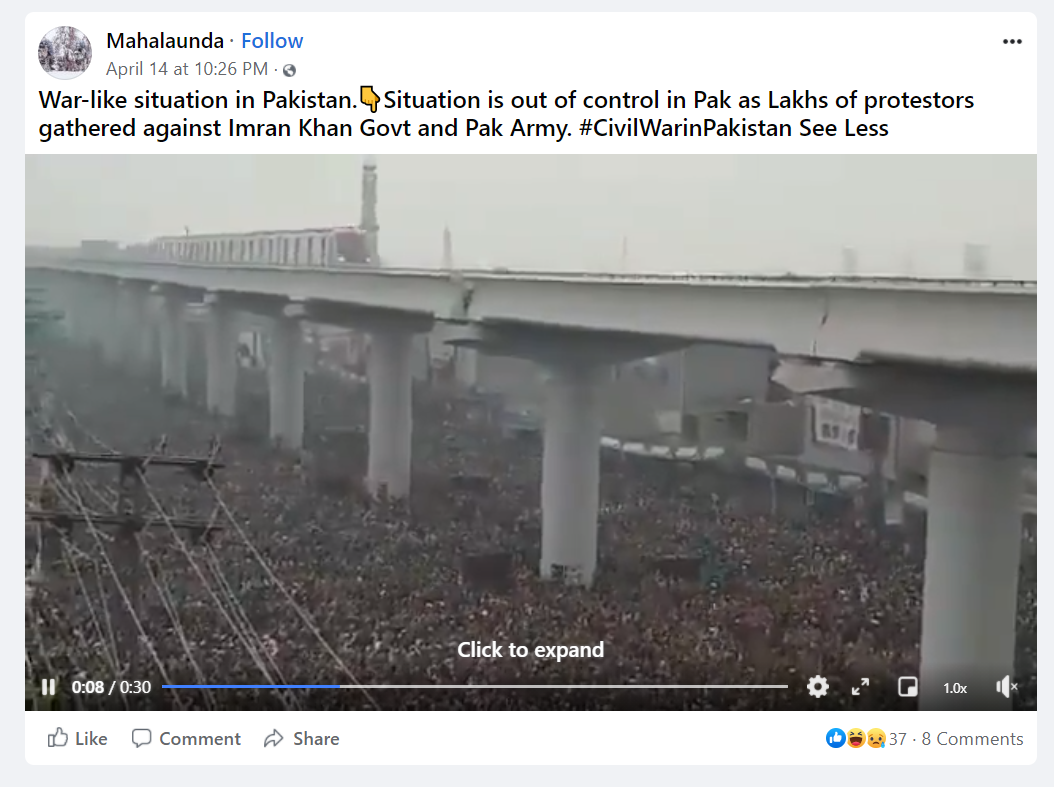 We extracted the keyframes after uploading the video on InVid. Our investigation led us to a tweet posted on January 3, 2021, which included the same video. 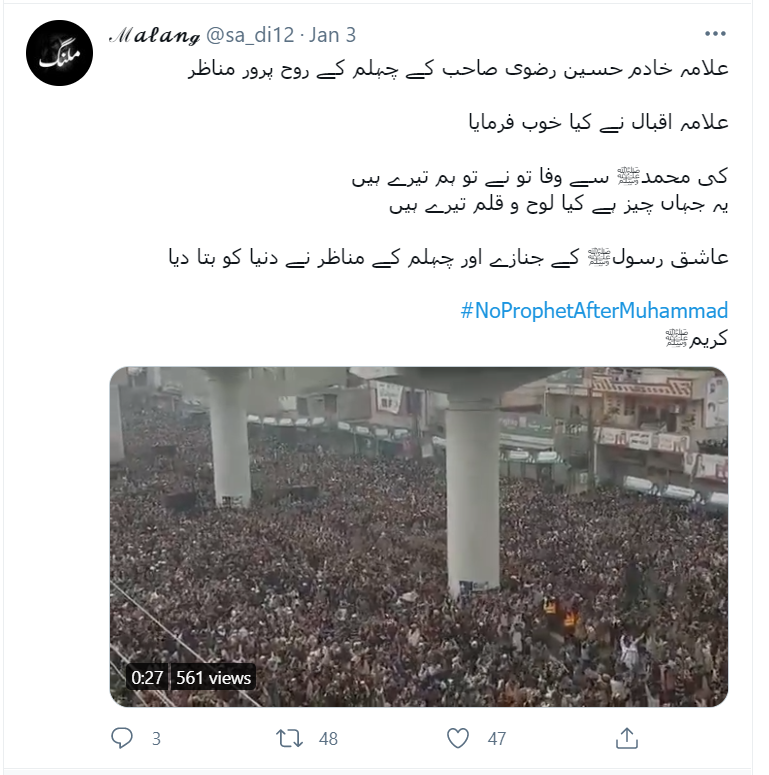 As per this tweet, the video shows a mass gathering during Khadim Hussain Rizvi chehlum. ‘Chehlum’ is a religious observance in Islam held forty days after the death of a person. Rizvi was the founder of the Islamist party Tehreek-i-Labaik Pakistan (TLP). 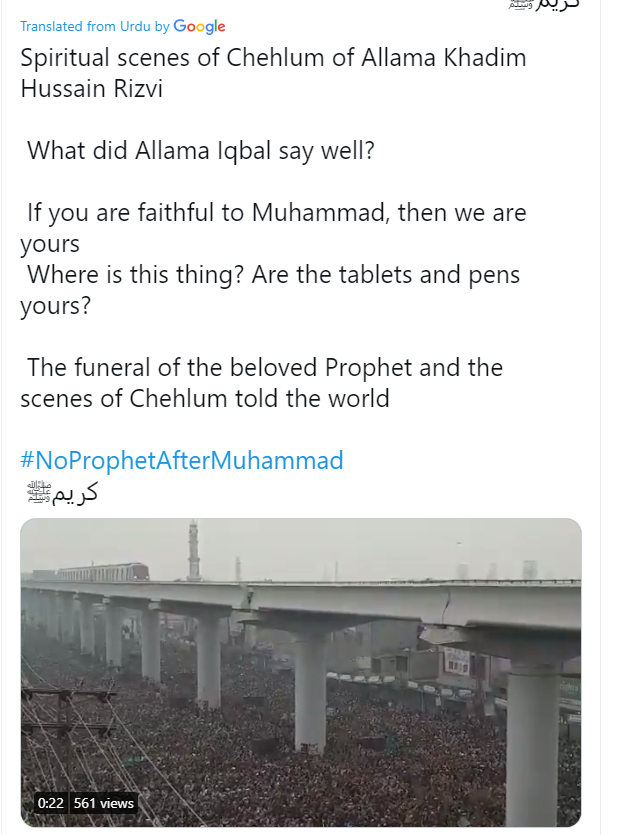 A report by a Pakistan-based news outlet and social media hashtag #3Jan_KHR_Chehlum establishes that Rizvi’s ‘Chehlum’ was held on January 3. As per another news organisation, people attended Rizvi’s ‘Chehlum’ near Yateem Khana Chowk on Multan Road, Lahore.

Going through the tweets that used “#3Jan_KHR_Chehlum”, we found that the viral video was tweeted by another account on January 3.

We also found a tweet posted on January 4 with multiple images of the huge gathering, as seen in the viral video. 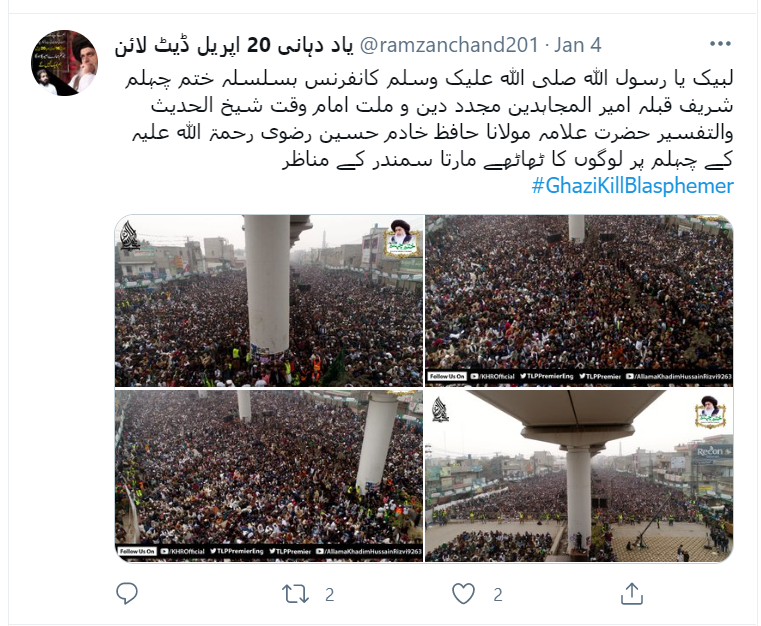 Thus, from the above information, it is evident that a video from January is being falsely linked with the recent clash between Islamist group TLP with Pakistan authorities.