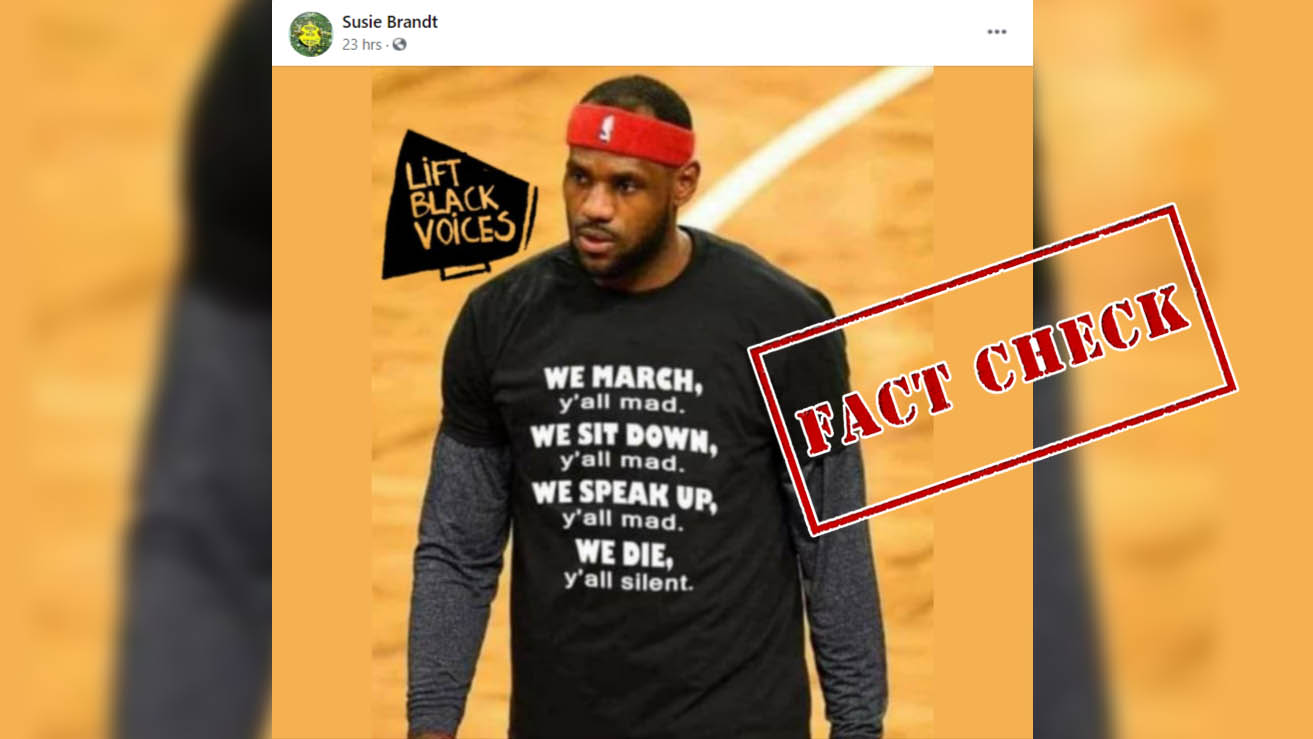 A picture of renowned basketball player LeBron James sporting a T-Shirt with a quote on it is being shared widely on social media.

The picture is being shared as part of the Black Lives Matter Protest against police brutality after an African-American man Daunte Wright was shot and killed by a police officer in Minnesota in the United States on April 11. According to the police, it was an accidental discharge as the officer mistook her gun for a Taser. 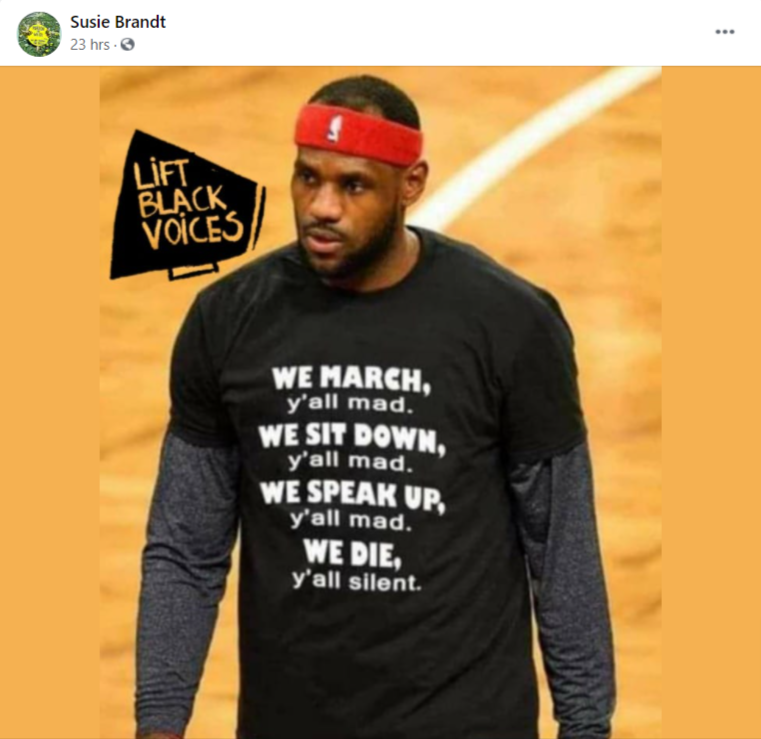 Earlier, the same picture was circulated in solidarity with George Floyd who died in May 2020 after being handcuffed and pinned to the ground by a police officer in Minneapolis. This had sparked huge global outrage.

NewsMobile fact-checked the picture and found it to be morphed.

A simple Reverse Image Search on the picture led us to an article by New York Post from 2020 featuring the original picture. 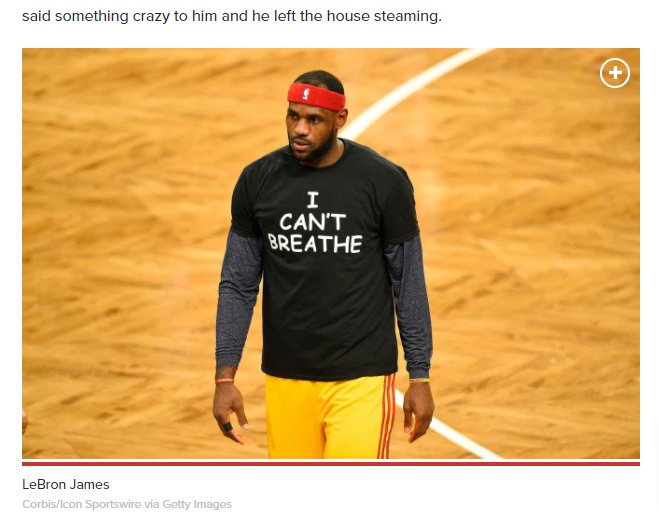 In the original picture, accredited to Getty Images, we can see the text ‘I can’t Breathe’ on the T-Shirt.

We searched and found the original image on Getty Images. According to the picture description, the image was taken in 2014 when LeBron James wore the T-Shirt to honour Eric Garner.

Eric Garner died in 2014 after a New York City police officer put him in a chokehold. In a video filmed by a bystander, he can be heard gasping ‘I can’t breathe’. He was later pronounced dead at a hospital.

LeBron James, who now plays for the Los Angeles Lakers, has been an active voice in the protest against racial divide in the US and has always voiced his opinion on such matters. The reports can be seen here and here.

Hence, from the above fact check, we can say that the picture in circulation is morphed.