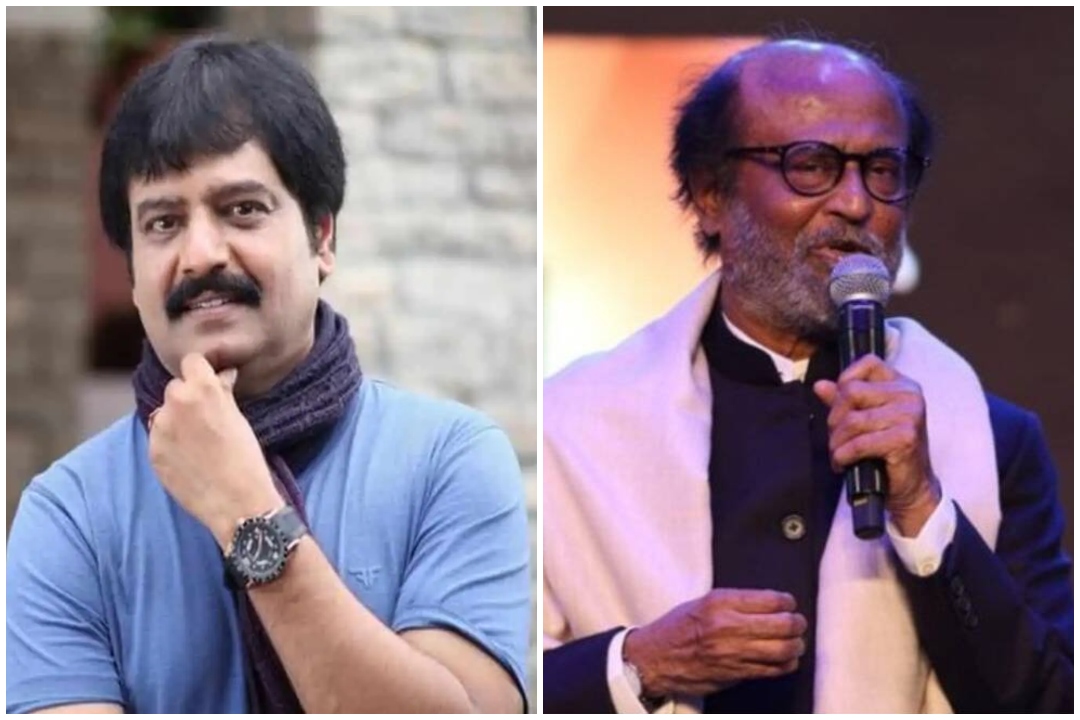 Superstar Rajinikanth took to Twitter on Saturday to offer his condolences on the demise of actor Vivek. Rajinikanth shared a tweet in Tamil where he recalled the time he spent with Vivek during the 2007 film Sivaji.

He wrote, “Jr Kalaivanar, social activist, and my close friend, Vivek. His demise has caused me a lot of pain. I can never forget the time I shared with him during the making of Sivaji. My deep condolences to his family. Let his soul rest in peace.”

Popular Tamil actor and comedian Vivek passed away on Saturday at SIMS hospital, Chennai. He was 59.

The Padma Shri awardee actor was admitted to the intensive care unit of SIMS hospital in Vadapalani after he suffered from a heart attack on Friday.

The 59-year-old actor reportedly fainted after expressing discomfort and his family rushed him to the SIMS Hospital at Vadapalani while he was in an unconscious state. He later underwent an emergency coronary angiogram followed by angioplasty.

The actor’s condition was reported to be critical and he was on extracorporeal membrane oxygenation (ECMO) in the intensive care unit of the hospital.

Shocked to hear the demise of @Actor_Vivek sir! You will be missed sir. May your soul Rest In Peace. #RipVivek #Vivek pic.twitter.com/dikuuATHKu

@Actor_Vivek can’t believe you’ve left us ..May you rest in peace ..you’ve entertained us for decades ..your legacy will stay with us🌹

Not able to believe this… He made us laugh, he educated us through his performances, he cared for this world and helped teach us how to take care of it.
There will never be another like you sir.
We will miss you.
Rest in peace @Actor_Vivek sir#ripvivek pic.twitter.com/3JXfRkn3T2

Frozen in disbelief. Cannot digest that Vivek sir is no more.This is a dark day for all of us . I have lost a valuable friend. Tamil cinema has lost a favorite son. The country has lost a wonderful role model. Om Shanti Vivek 😟😥 pic.twitter.com/ZWvji6m2x5

The ace actor had earlier made headlines on Thursday for his efforts to remove the fear of the COVID vaccine among the public. Instead of opting for a private hospital, he had chosen to get vaccinated from a government hospital to spread awareness.

The renowned comedian Vivek was popularly called ‘Chinna Kalaivanar’ for his social reformative dialogues in Tamil cinema. He was bestowed with the Padma Shri Award, India’s fourth-highest civilian award in the year 2009 by the union government.

An environmentalist, in order to laud the green movement, Vivek started a movement to plant a billion trees across Tamil Nadu, he was advised to do so from the former late president APJ Abdul Kalam.

Vivek, who was last seen in the Tamil remake of the Hindi film ‘Vicky Donor’ titled ‘Dharala Prabhu’, is also part of director Shankar’s upcoming film ‘Indian 2’, which stars Kamal Haasan in the lead role.

Legendary filmmaker K Balachander had launched Vivek in the late 1980s. He later went on to become one of the most sought-after comedy actors of Tamil cinema and still retains his stronghold in the industry.

Apart from being an actor and a comedian, Vivek was also an activist and a playback singer. He was widely regarded for his performances in movies like ‘Perazhagan’, ‘Run’, ‘Perazhagan’, among several others.

Vivek is survived by his wife and two daughters.