A video apparently filmed on a flyover in Uttarakhand’s Haridwar is being shared on social media. In the video, a person can be heard saying that roads and ghats in the city are deserted with virtually no one in sight. The video further claims that the video busts the claim of the Kumbh Mela being a potential COVID-19 ‘super spreader’.

A person in the video can be heard saying that ‘Haridwar is completely deserted, contrary to popular claims that 25 lakh devotees are visiting the city to attend the Kumbh fair’.

One of the posts uploaded with this video has a caption that reads, “Entire propaganda about the Kumbh Mela being a Super Spreader of COVID19 is falling flat on its face. Do watch this video to see the REAL SITUATION on the ground in Haridwar.” 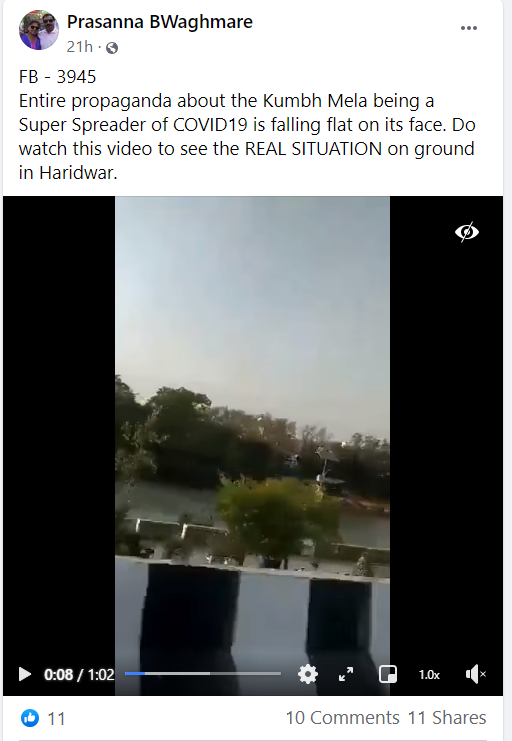 We analysed the video frame by frame and at 49 seconds, we found a board reading ‘Hotel Ganges Park’ on one of the buildings. 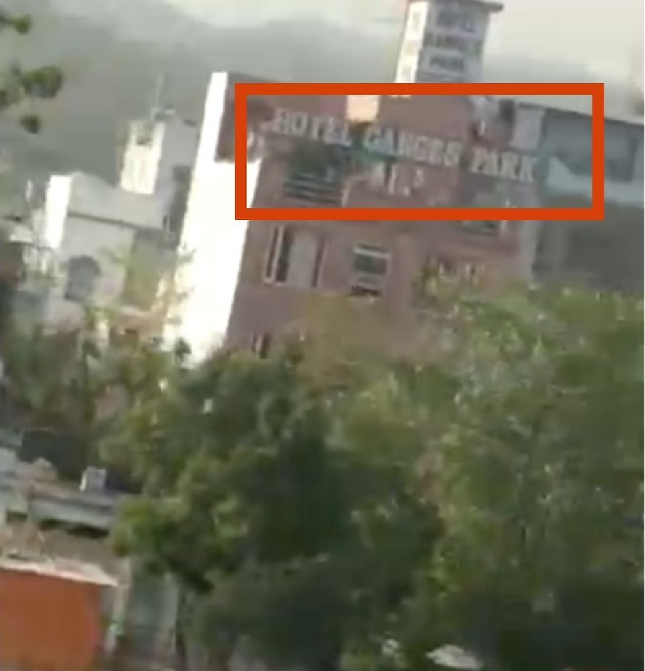 Taking the cue from this, we searched the hotel on Google Maps and found that it is indeed in Haridwar.

Next, we searched for the distance between the said hotel and the famous ‘Har ki Pauri Ghat’ where people gather for the holy dip. 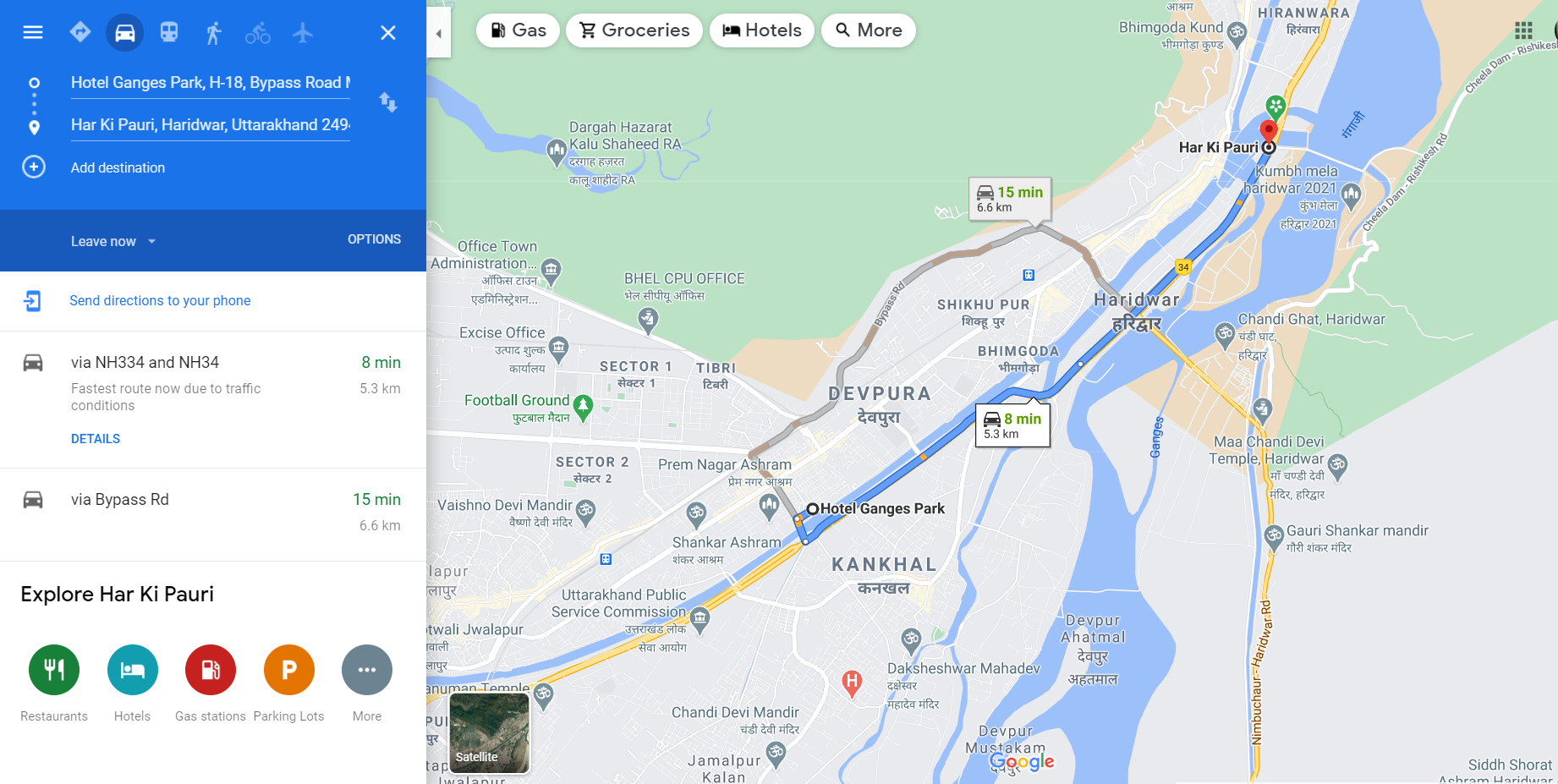 As per Google Maps, the distance between the place where the viral video was shot and where the devotees had gathered (Har Ki Pauri) ranges between 4.6 km (on foot) to 6.7 km (via car). That means the video does not do justice to the claims made that devotees are not gathering at Kumbh Mela. 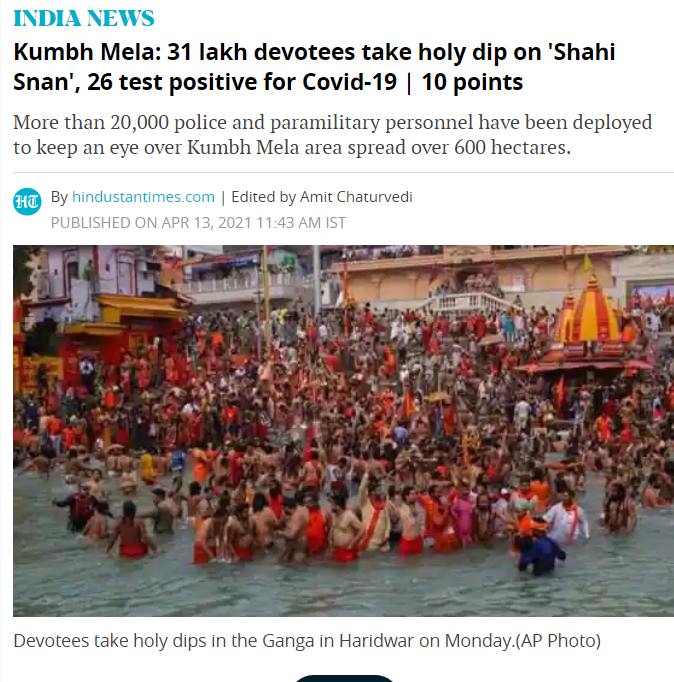 Many videos also establish that a huge crowd of devotees gathered in Haridwar to participate in the fair.

Thus, from the above information, it is clear that a misleading video is being shared on the internet to claim that contrary to what is being shown in news reports, devotees are not gathering in Haridwar for the Kumbh Mela.