Thought Winning Was Tough, Boys Did Well To Get Over The Line, Says Samson | Newsmobile
Tuesday, December 6, 2022

Home Sports Thought Winning Was Tough, Boys Did Well To Get Over The Line,... 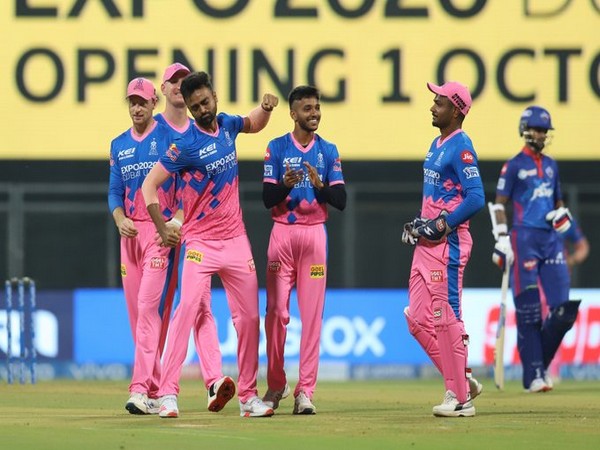 Rajasthan Royals registered a thrilling three-wicket win against Delhi Capitals on Thursday in the Indian Premier League. Skipper Sanju Samson in the post-match presentation said he thought gaining victory would be tough.

“Had some hopes with Miller and Morris to come but to be really honest I thought that it was tough from there and I think the boys did really well to get over the line. It’s about reading the conditions. Was a bit sticky to start with,” Samson said at the post-match presentation.

David Miller claimed the ground with an outstanding 62-run knock followed by a sweet cameo of 36-runs off just 18 balls by Chris Morris leading Rajasthan Royals to the much-awaited victory at the Wankhede Stadium.

Miller guided the Rajasthan innings from a tough spot. At the end when 27-runs were needed off the final two overs, Morris stepped up to the occasion to take his side over the line with two balls to spare. With this win, Rajasthan has registered their first victory in this edition of the IPL.

“Hard lengths and mixing up with the variations was the key. That’s also our strength – three left-armers. They are slightly different from the others so we can use them in a different way. We had a chat with Sakariya, he was very confident and very clear,” Samson added.

Earlier, an inspired bowling performance by Jaydev Unadkat, Chris Morris, and Mustafizur Rahman helped Rajasthan Royals restrict Delhi Capitals to 147/8. Delhi kept on losing wickets at regular intervals, and although skipper Rishabh Pant played a knock of 51, Rajasthan managed to maintain a stranglehold over the opposition.