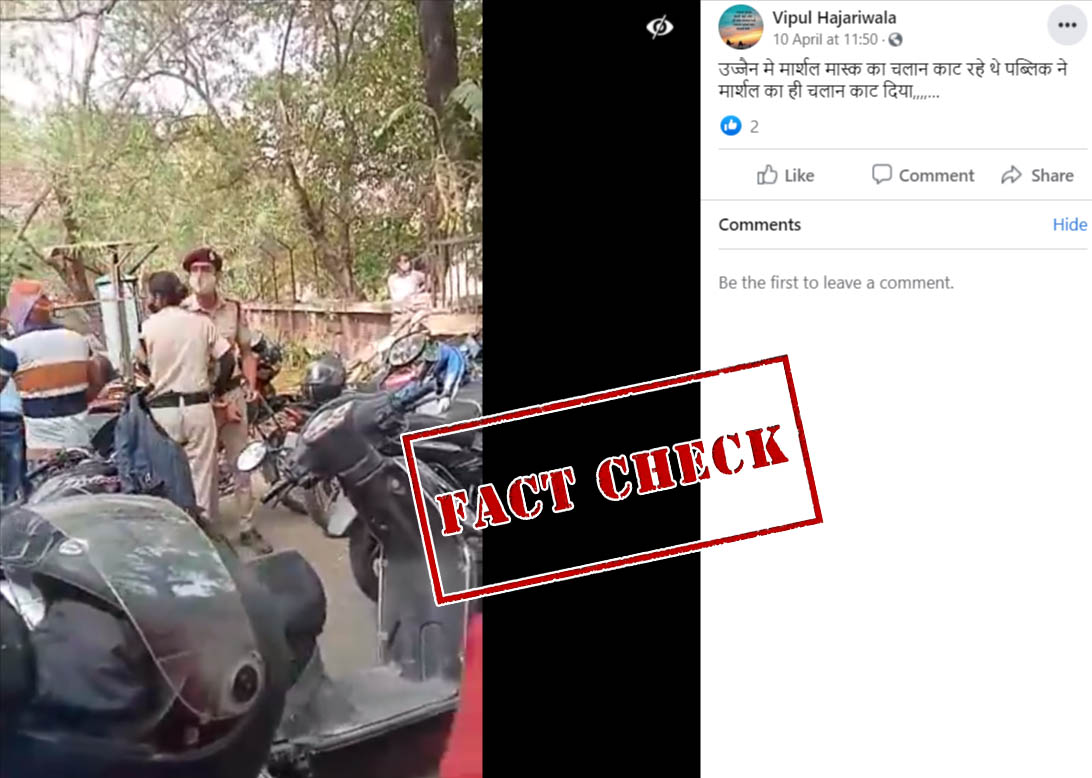 A video of a skirmish between a man and a uniformed personnel is doing rounds on social media with a claim that people taught a lesson to a man in uniform for taking fine for not wearing a mask in Ujjain, Madhya Pradesh. 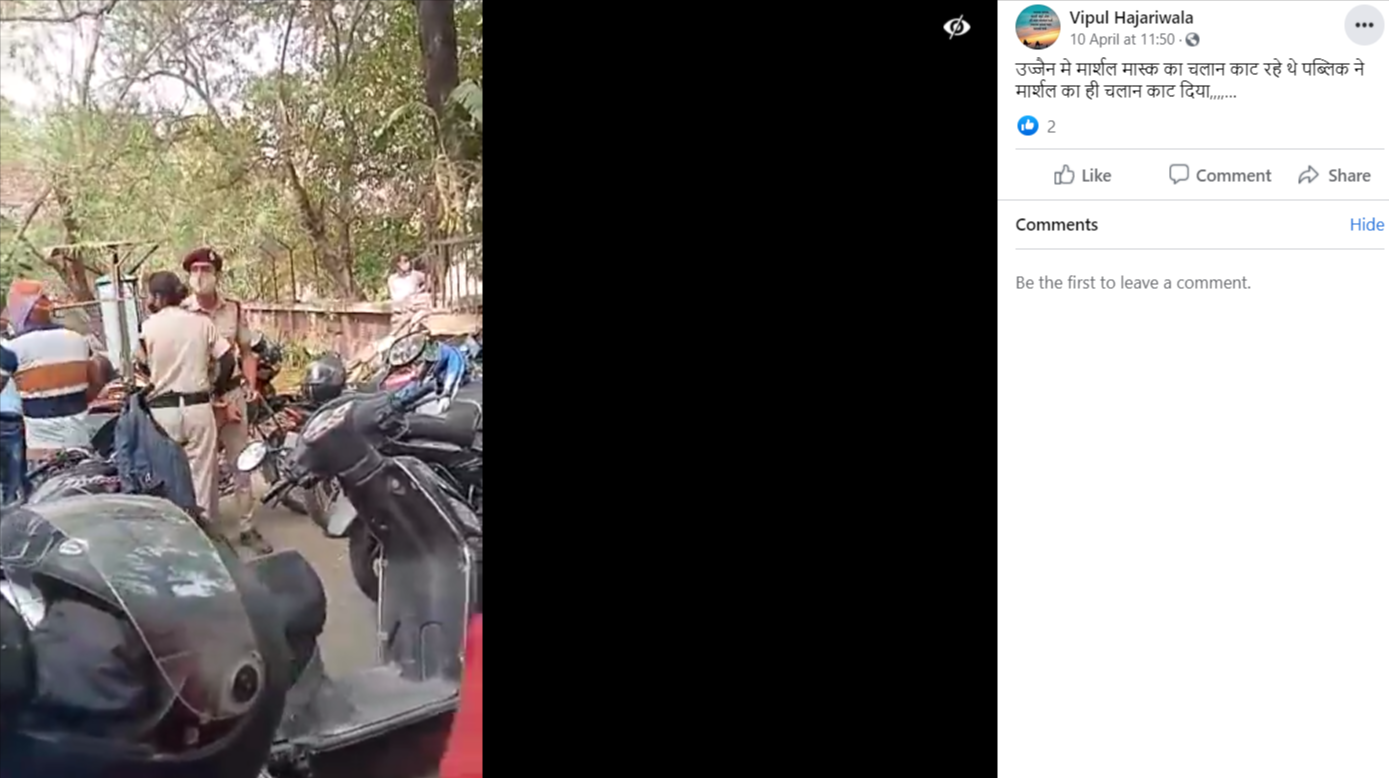 We ran a keyword search along with a Reverse Image Search on some of the keyframes from the video and found that the same video was uploaded by LatestLY on YouTube on April 7, 2021.

The title of the video read: Delhi Civil Defence Personnel Beat Up Pedestrian For Lack Of Mask, Are Later Beaten Up; Watch Videos

According to the video description, the incident took place on April 5, 2021.

According to a report that The Lallantop shared, on April 5, a civil defence volunteer​ and a passerby clashed with each other over not wearing masks in the Hauz Khas area of Delhi. The reports can be seen here and here.

A video of the same incident taken from a different angle was also uploaded by NDTV on April 6, 2021.

NDTV shared the video with the description: A dramatic clash broke out in south Delhi on Monday afternoon, between Delhi government’s civil defence volunteers and passers-by, as the volunteers were carrying out a mask-checking exercise in the area. Three of the personnel have been injured.

Hence, from the above information, it is clear that the video is from Delhi and not Ujjain.