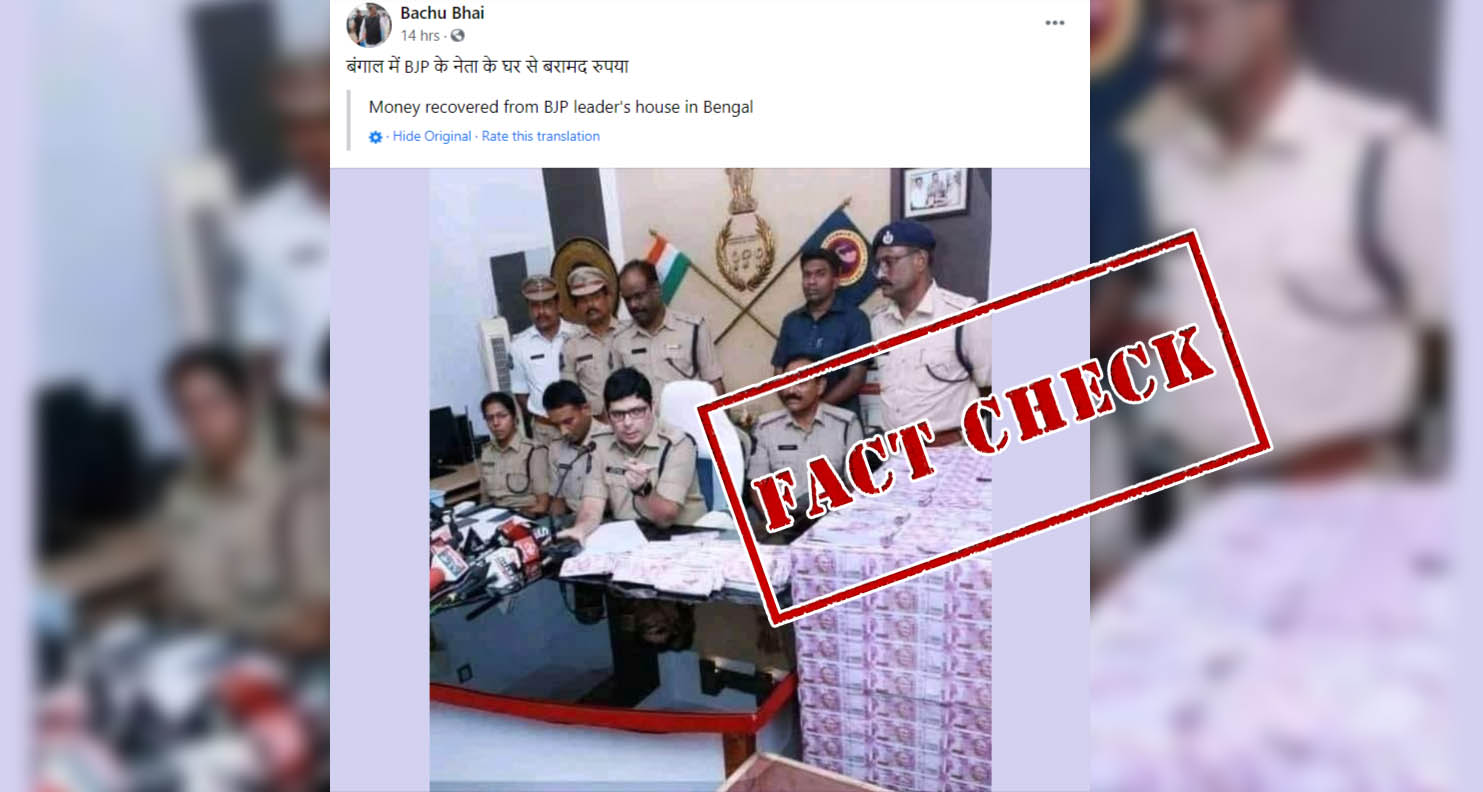 A post is being shared online where police can be seen with bundles of Rs 2,000 denomination currency notes. It is being claimed that the police found the currency notes at the house of a BJP leader in West Bengal. 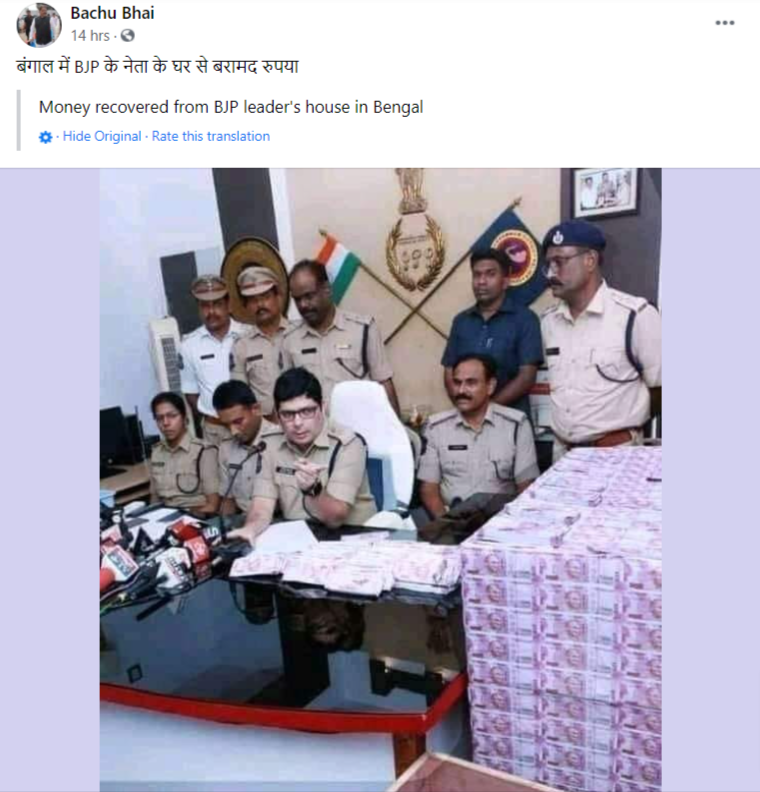 NewsMobile fact-checked the above image and found that the claim attached to the picture is false.

On putting the images through Reverse Image Search, we found that a tweet by newswire ANI dated Nov 2, 2019. As per the tweet, Telangana Police arrested five persons for cheating the public in the guise of exchanging Rs 2,000 denomination currency notes. 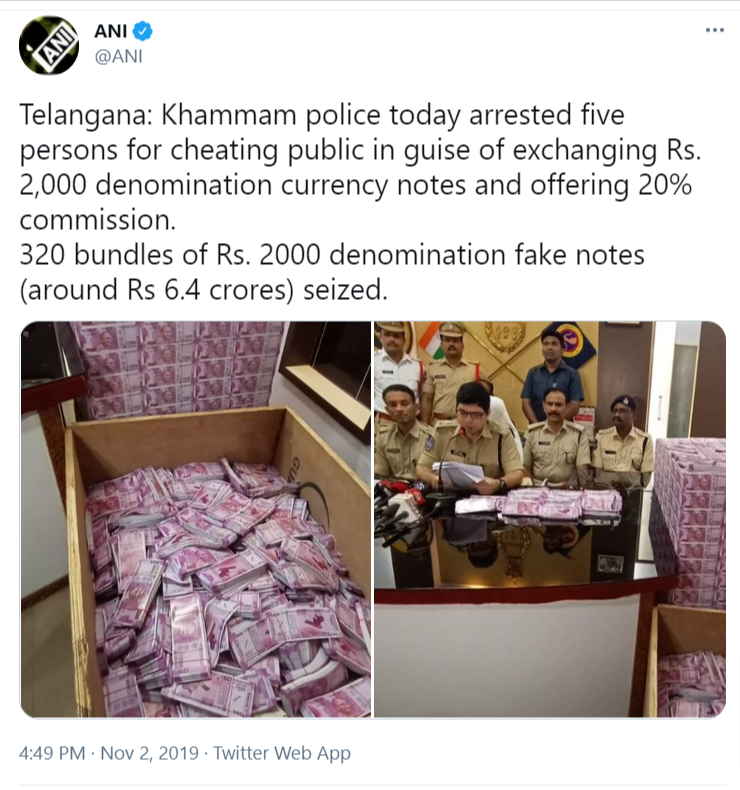 We then ran a keyword search and found a report by Telangana Today published on November 2, 2019, stating that the police busted a duplicate note exchanging racket that consists of four members of a family besides some others and seized 350 bundles of fake notes that look like Rs 2000 currency notes. 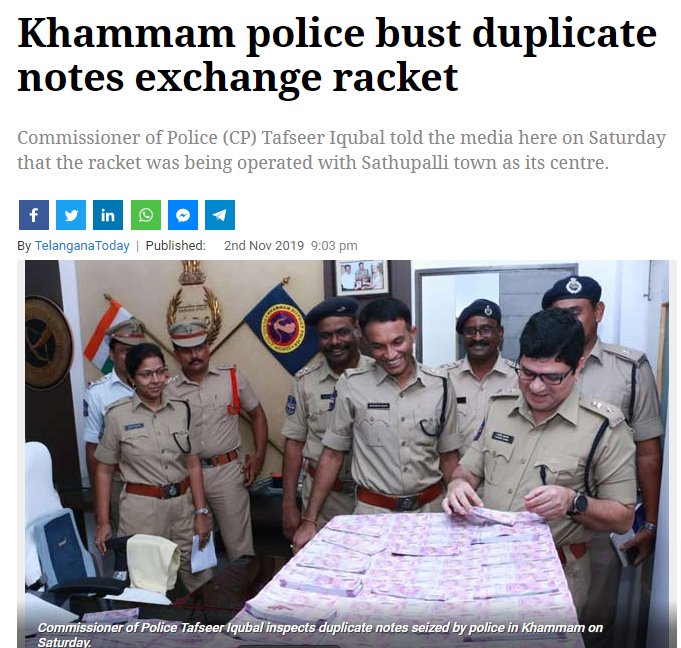 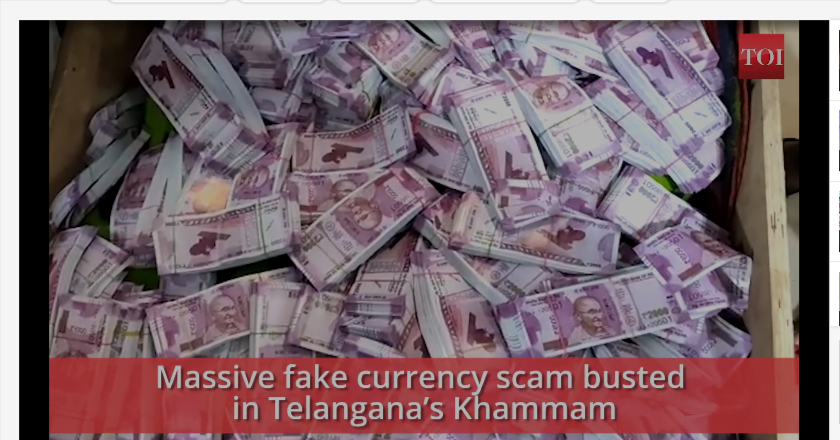 Also, when we ran a search to check if any such recent incident has come to light, we did not find any credible media report to support the claim.

Moreover, the same picture was debunked by NewsMobile in 2020 when it was shared with the claim that the police found counterfeit currency in the car of an RSS supporter in Gujarat.

Police recovered consignment of fake Rs 2,000 notes from an RSS supporter in Gujarat? Here’s the truth

The above information proves that the viral pictures are not from West Bengal and hence the claim is false.