Home NM FACT CHECKER Fact Check: No, This Picture Is NOT Of CISF Jawan Injured In... 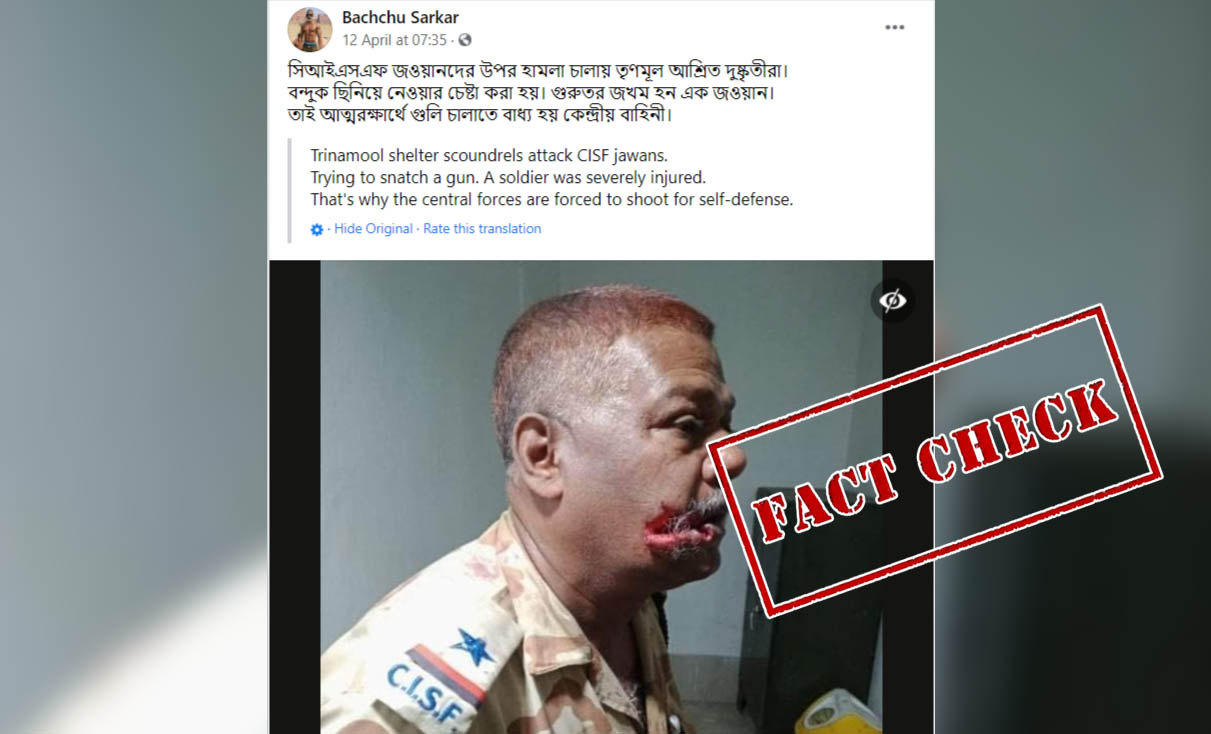 A picture of a CISF jawan is being shared on social media with a claim that he was attacked by Trinamool Congress (TMC) workers while polling was on in the area.

The picture is being shared in the backdrop of recent violence that took place on April 10, 2021, where at least four people died as central forces opened fire after coming under attack in Sitalkuchi in West Bengal’s Cooch Behar district. 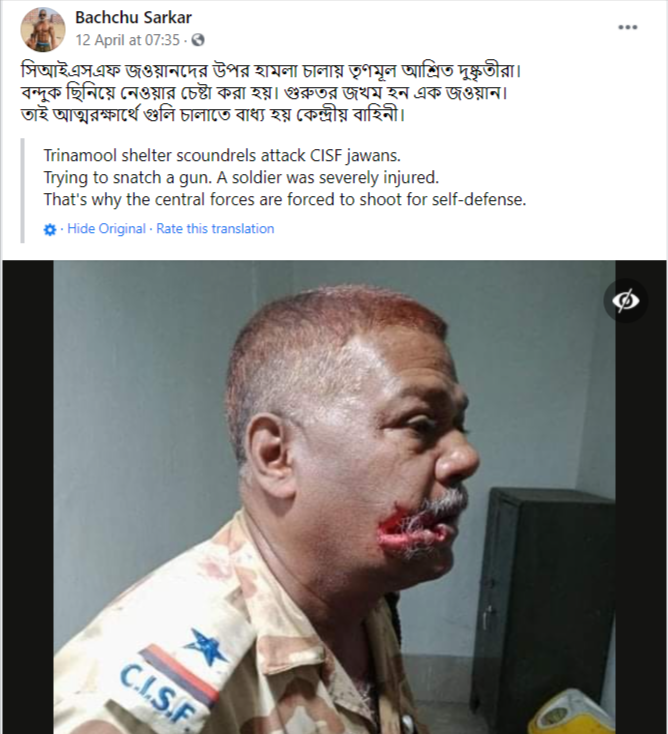 The post links can be seen here and here.

A simple Reverse Image Search on the picture led us to a report by Monday Morning News Network dated April 10, 2021.

According to the report, the picture is of Assistant Sub-Inspector of CISF SP Sharma, who was on duty at Baghmara in Dhanbad, Jharkhand was attacked by langurs on April 9, 2021. 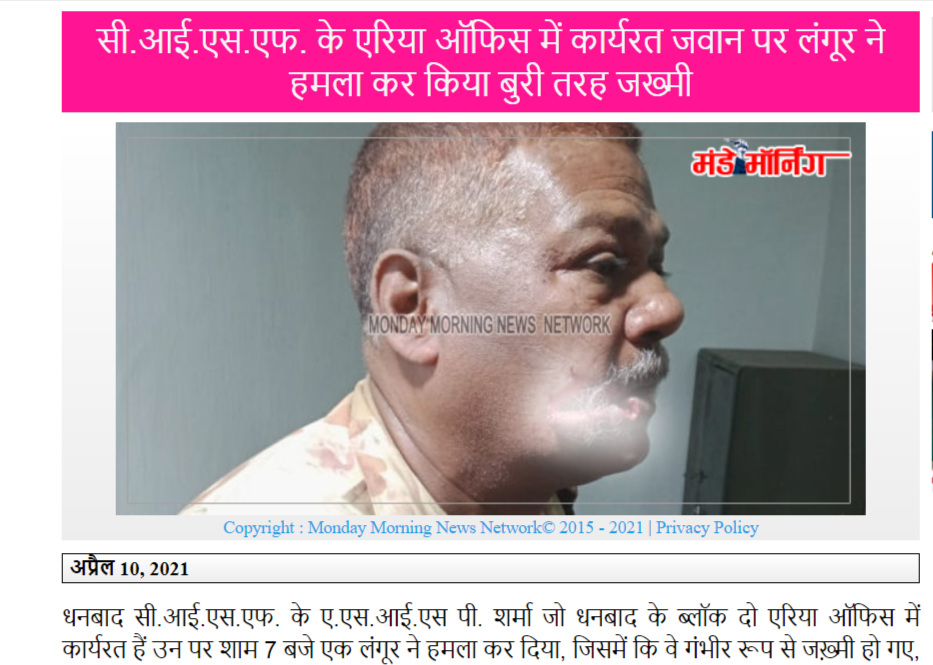 We also found the same report by Dainik Jagran published on April 10, 2021. The report mentioned that SP Sharma was on duty at night when suddenly three to four langurs attacked him and left a deep wound on his cheek. He was referred to the central hospital after receiving primary treatment at the local healthcare facility. 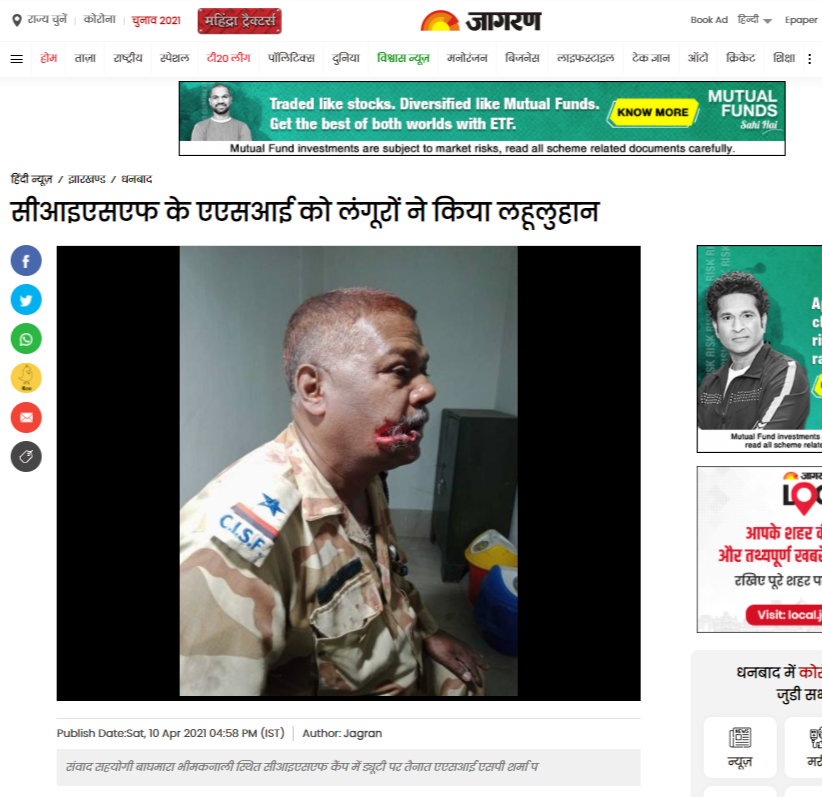 Earlier, NewsMobile had also debunked an old video from Manipur which was viral in the name of poll violence in West Bengal’s Cooch Behar disatrict.

Hence, from the above post is clear that the picture is being circulated with a false and misleading claim.