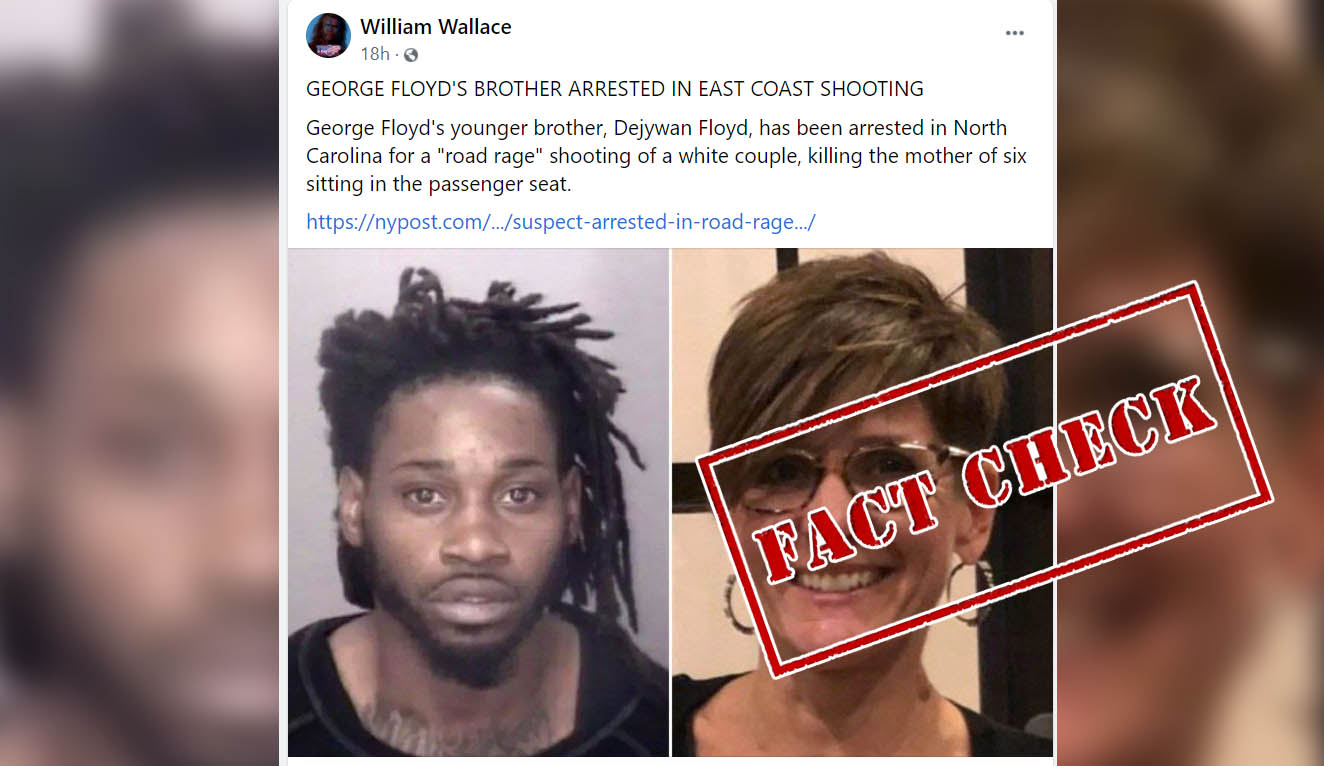 Several posts with the claim that Dejywan Floyd, who was charged with first-degree murder, in April 2021, is the younger brother of George Floyd are going viral on social media.

46-year-old George Floyd died in May 2020 after being handcuffed and pinned to the ground by a police officer’s knee on a Minneapolis street triggering massive protests across the United States.

One of the posts was shared with a caption that reads, “GEORGE FLOYD’S BROTHER ARRESTED IN EAST COAST SHOOTING. George Floyd’s younger brother, Dejywan Floyd has been arrested in North Carolina for a “road rage” shooting of a white couple, killing the mother of six sitting in the passenger seat.” 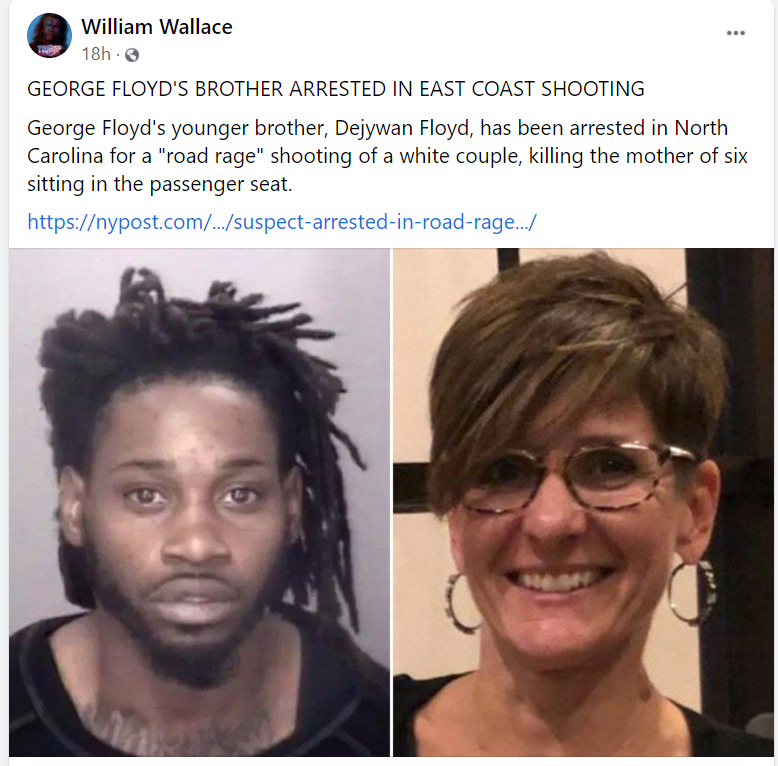 NewsMobile fact-checked the claim and found it to be fake.

While doing our investigation, we could not find any media report corroborating the viral claim. Although, we could find a wide range of reports about George Floyd’s life and none mentioned a brother named Dejywan.

In George Floyd’s obituary, a long list of family members is given, including three sisters (Zsa-Zsa, Bridgett, and LaTonya) and three brothers (Terrance, Philonise, and Rodney). It also mentioned two stepsisters and two stepbrothers, none of whom is named Dejywan. 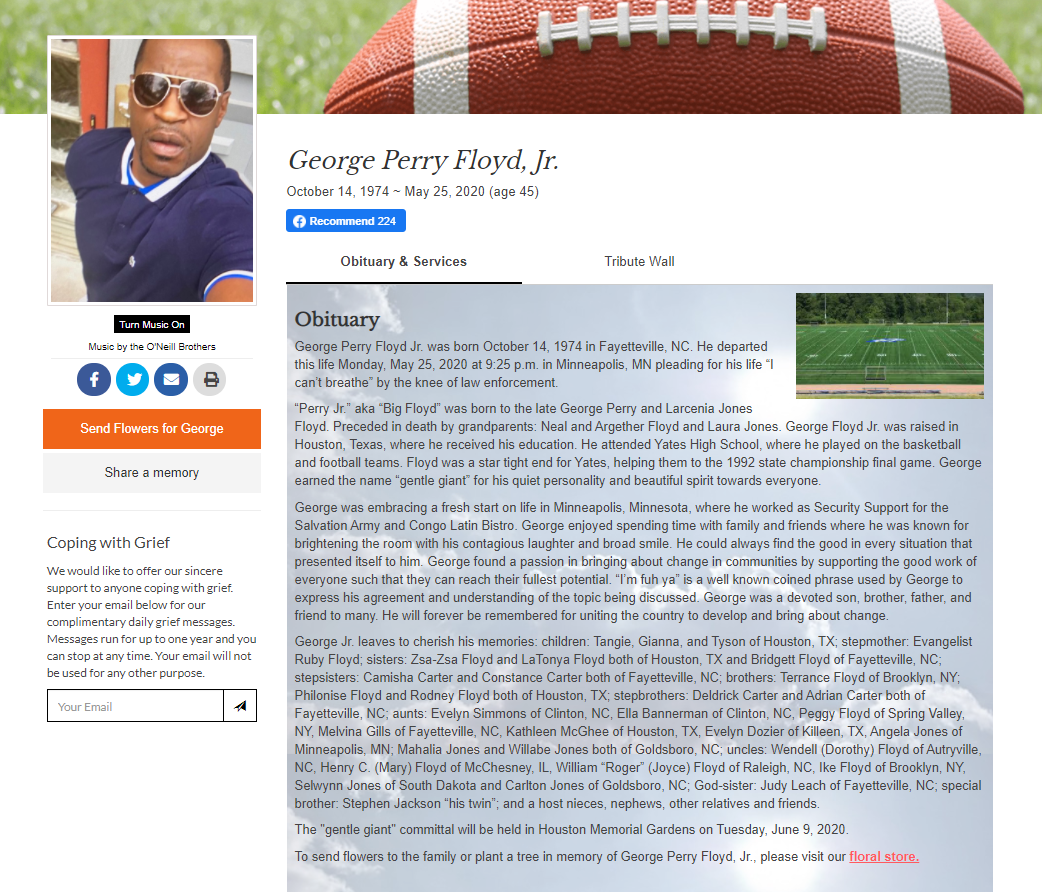 The claim that these two Floyds were related could not be corroborated by any credible news report, police reports, or other documentation.

Rather, it appears that this claim is based solely on the fact that these two people share a surname.

Hence, from the above information, it is evident that the viral post claiming that Dejywan Floyd and George Floyd are brothers is fake.