A two-minute-long video clip of a crowd barging into a building is being shared on social media. The post claims that it shows people storming into a polling booth in West Bengal’s Cooch Behar during the fourth phase of voting.

The viral claim came after at least four people died as central forces opened fire after coming under attack in Sitalkuchi in the Cooch Behar district.

One of the posts with the viral video had a caption that reads, “CISF had fired because of this , Sitalkuchi booth coochbehar west bengal !!” 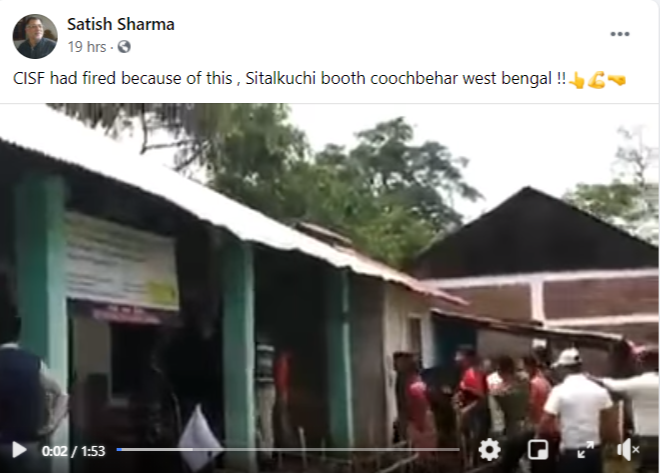 Here’s the link to the above here.

A similar post can be seen here and here.

NewsMobile fact-checked the viral post and found it to be fake.

Using the InVID tool, we extracted keyframes from the viral video and ran a Reverse Image Search on some of the frames. While searching we came across a tweet from 2019 that carried the same video. 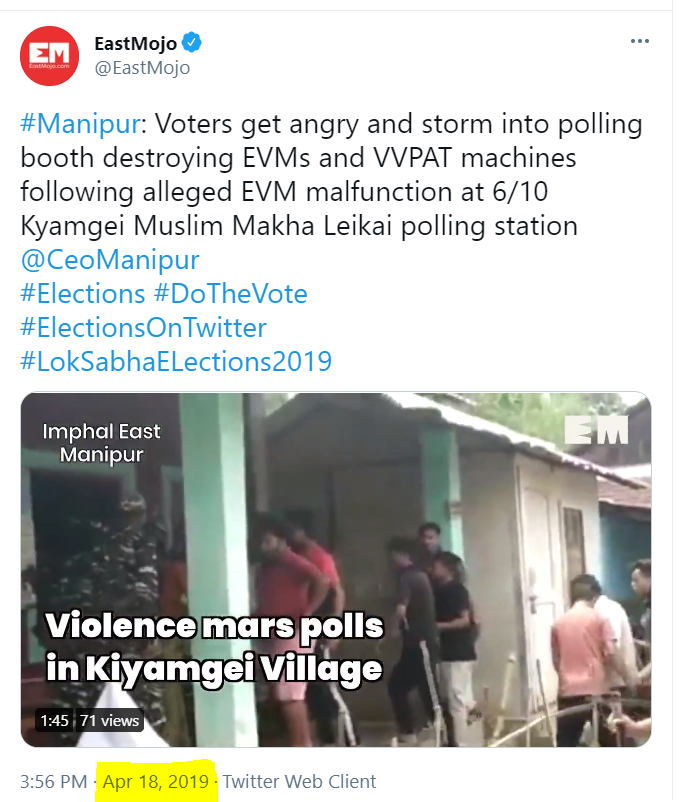 The tweets posted on April 18, 2019, clearly said that the footage was from Manipur, where voters stormed into a polling booth and destroyed EVMs and VVPATs machines following alleged EVM malfunction. The location of the incident was specified as 6/10 Kyamgei Muslim Makha Leikai.

The same video was carried in a 2019 report by NDTV. 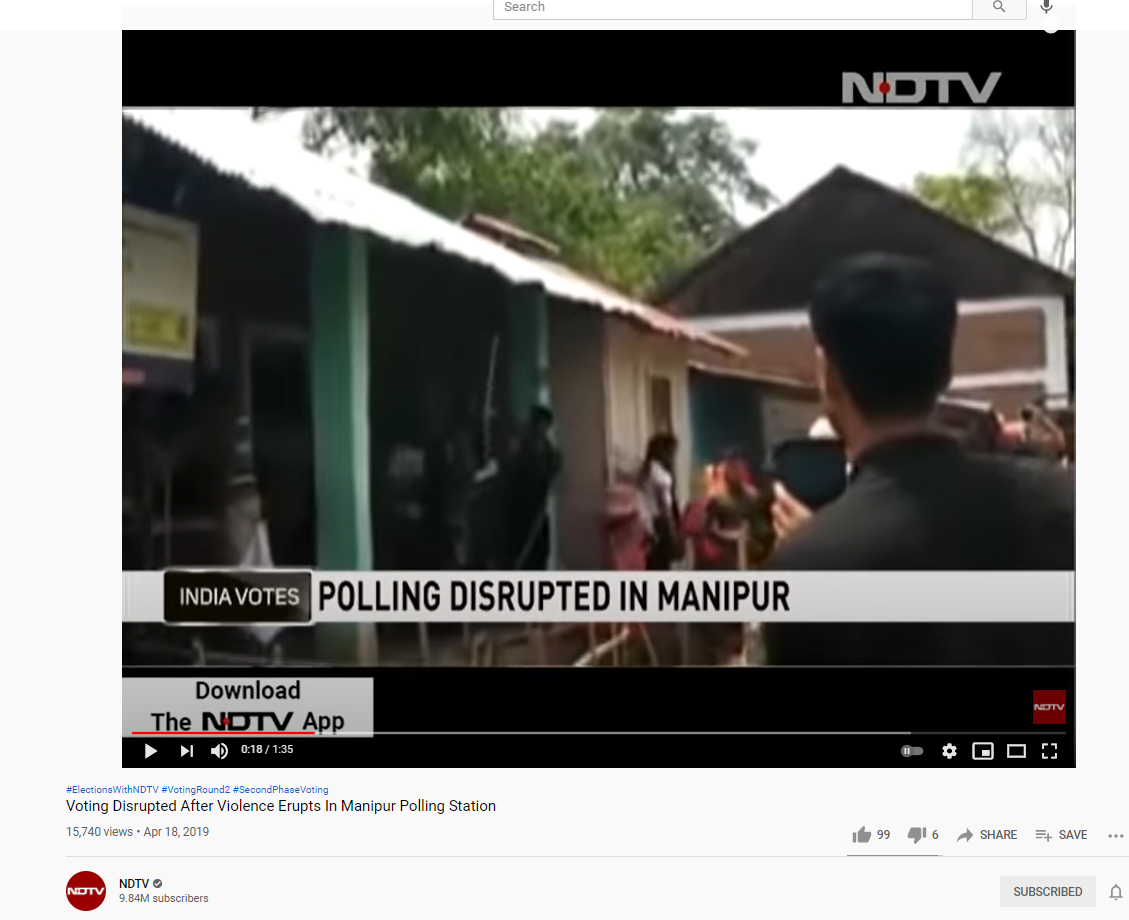 According to the report, violence erupted during the 2019 general election at Kiyamgei High Madrassa polling centre in Manipur’s Imphal East district.

Many other media outlets also carried this news. They can be checked here, and here. 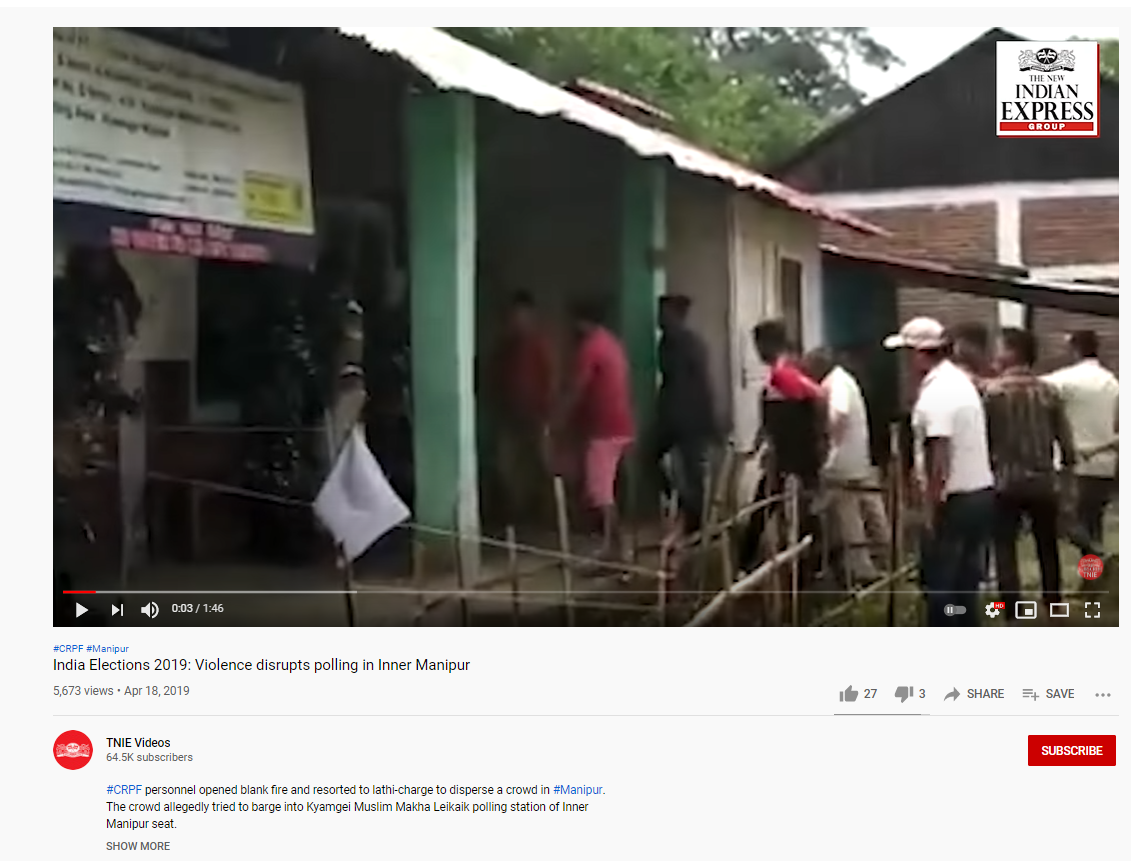 Thus, from the above information, it is clear that a video of violence during polling in the 2019 elections was shared with the false claim that it shows the violence that took place in West Bengal’s Cooch Behar.