Home NM FACT CHECKER Fact Check: No, This Visual Is NOT From Tripura ADC Polls; The... 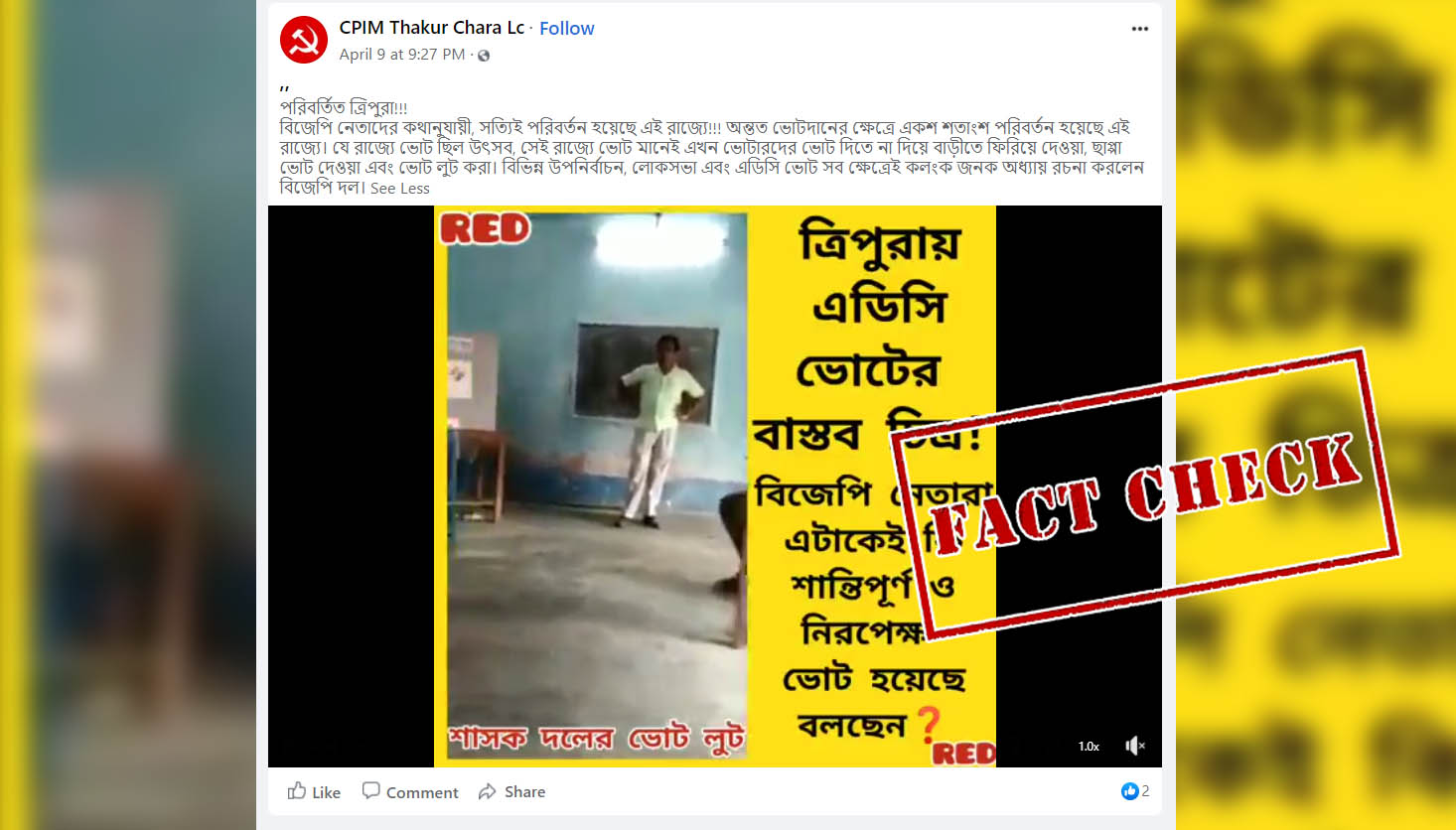 A video showing a man helping voters inside a polling booth is being circulating on social media with the claim that this was how the Tripura Tribal Areas Autonomous District Council (ADC) polling was conducted.

Elections to the 28-member ADC Polls were held on April 6 and the results were declared on April 10, 2021.

The video is being shared with a caption that translates as follows: “Changed Tripura !! According to BJP leaders, this state has really changed! At least one hundred per cent change has taken place in the state in this regard. In the state where voting was a festival, voting in that state now means turning voters away from voting, printing votes and looting votes. The BJP has written scandalous chapters in various by-elections, Lok Sabha and ADC polls.”

Text embedded in the video in Bangla translates to, “This is the real picture of ADC polls in Tripura. Did the BJP just call this fair and peaceful election?” 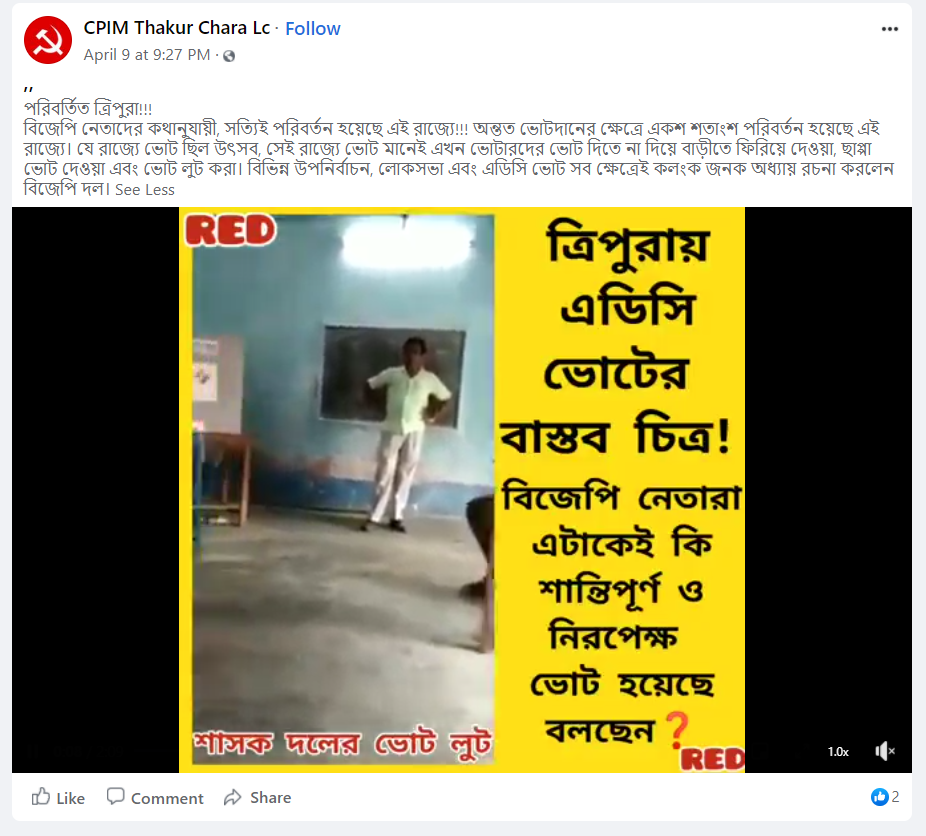 As we started our investigation, one thing that struck us was that none of the voters or polling agents were wearing masks. This has been made mandatory for all elections conducted due to the COVID situation.

When we ran a Reverse Image Search on the keyframes, we found the same video posted on Facebook on April 30, 2019. The Bangla claim along with the video said, “Hidden camera reveals how the ruling party is rigging polls inside the booth. Video shot inside Amgaria polling booth under Ketugram MLA constituency and Bolpur MP constituency.” 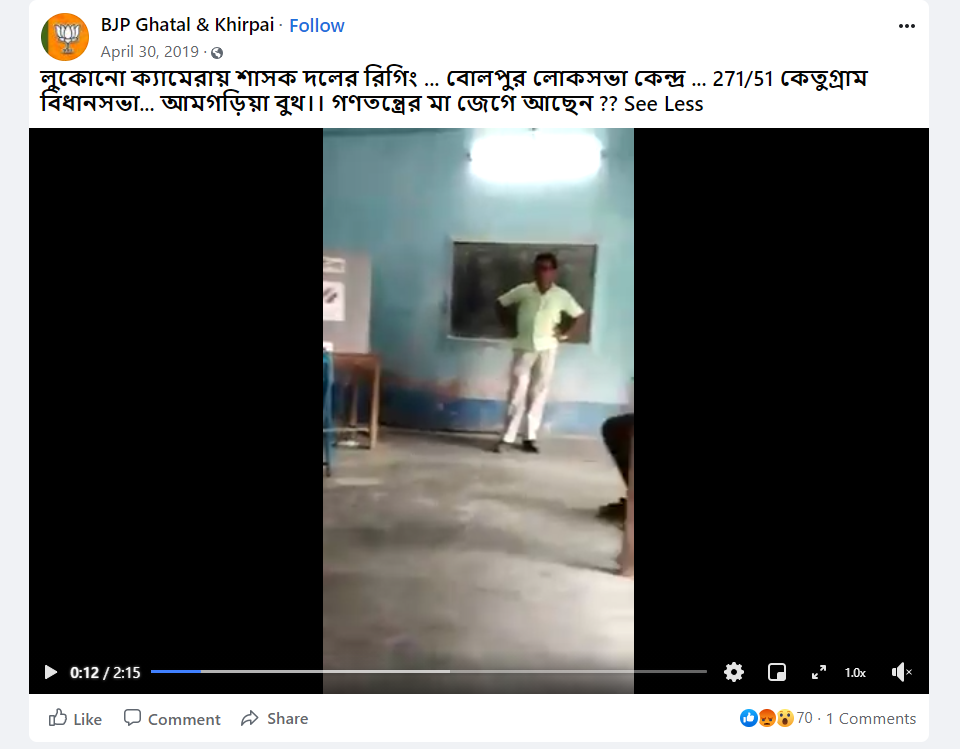 Taking this hint, we did a keyword search and found a report with the same video on a prominent Bangla news channel. The report by ABP Bangla, uploaded on May 9, 2019, said, “False votes being cast in the presence of polling agents. The video was shot inside a polling booth at Ketugram under Bolpur MP constituency. Election Commission has ordered re-poll.”

We further investigated and found out another report by the Quint published on May 9, 2019, stating that the Election Commission has announced a re-poll at polling booth number 52 at Ketugram in West Bengal’s Bolpur Lok Sabha constituency. 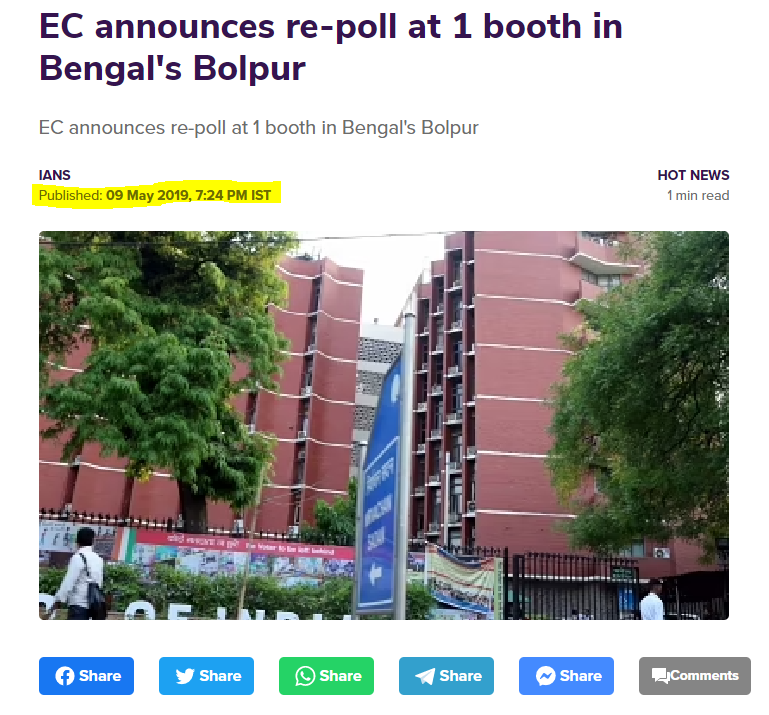 In other news, we also found media reports about CPI(M) and Congress accusing BJP of rigging TTAADC Polls and demanding re-polls in several booths. 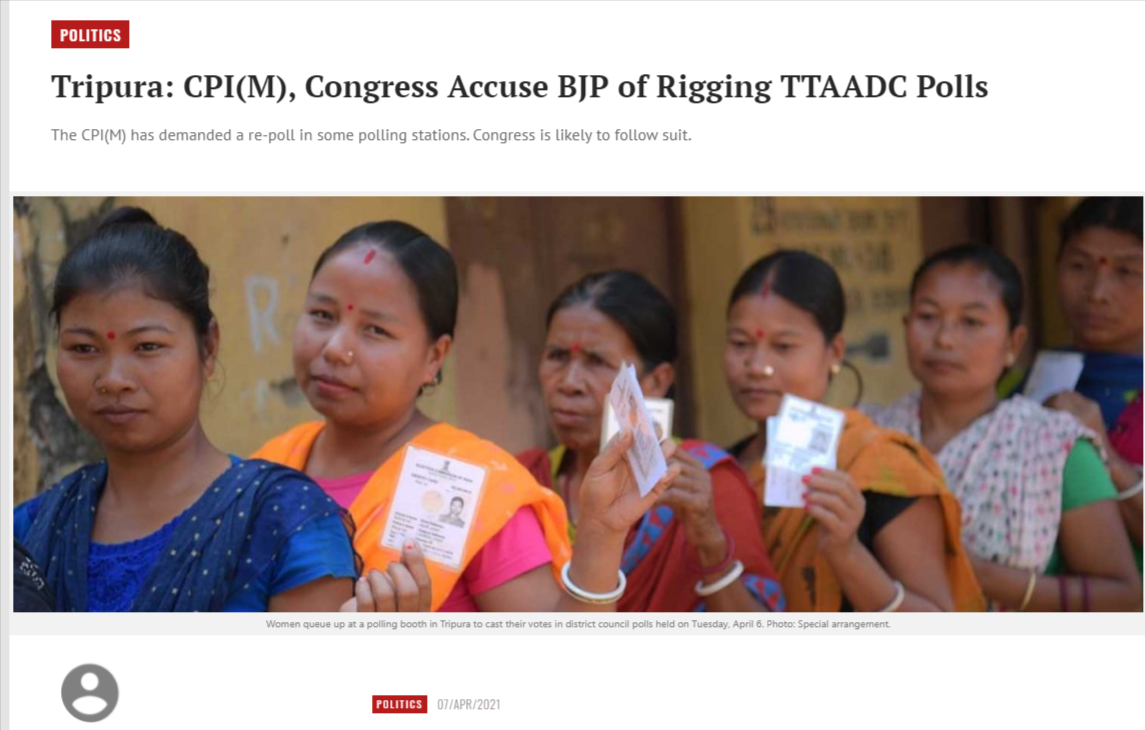 Therefore, it is clear that the viral video is from West Bengal, and it was shot inside a polling booth under Bolpur Lok Sabha constituency during the 2019 General Elections. It does not have any connection with the 2021 ADC polls in Tripura.