A video is going viral on social media with a claim that the video dates back to 1956 and  contains a warning about a virus that will spread in the year 2020. The video also states that the virus will start from Asia and spread all over the world.

The caption of the post reads, “Will you believe it? This recording was done 65 years ago. That is, it was told only in the year 1956. This is so eerie.” 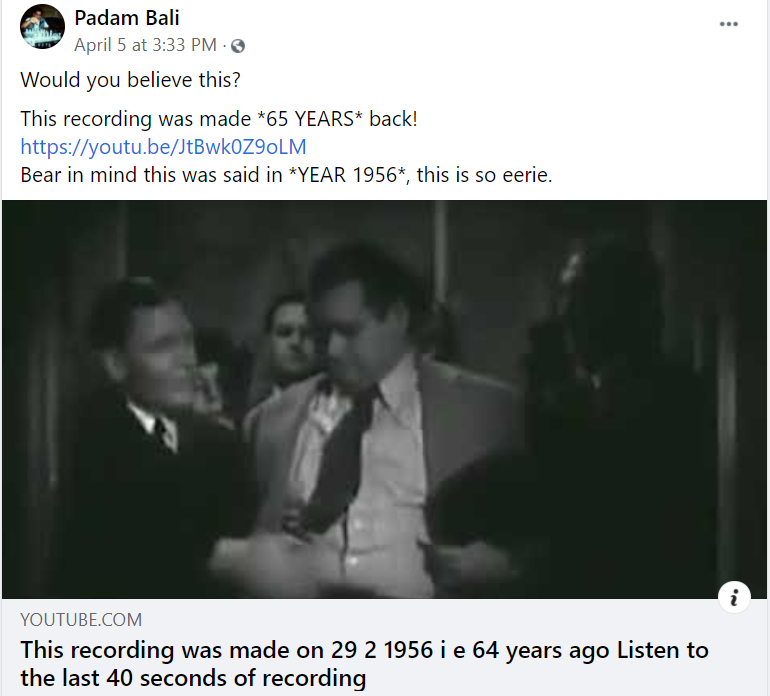 Putting the video through the Invid tool, we extracted keyframes of the video. One of the keyframes, with the help of Reverse Image search, led us to a 4-minute long video on the YouTube channel RamsesThePigeon. 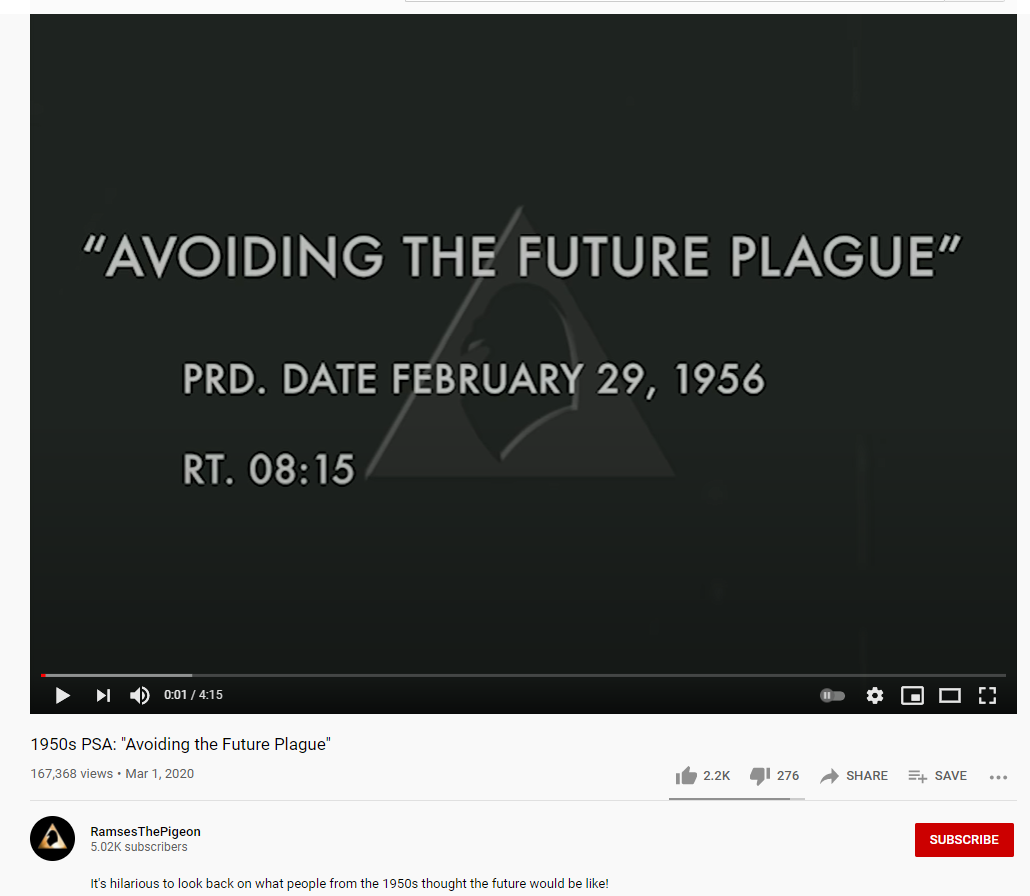 The video, uploaded on YouTube on March 1, 2020, was accompanied by the description: “It’s hilarious to look back on what people from the 1950s thought the future would be like. Archival and public domain footage were acquired from Archive.org. Also, yes, I only threw this together because I wanted to have a video upload on February 29.”

We found this video on @RamsesThePigeon’s Twitter handle with a similar description. Here too, this video was tweeted on 1 March 2020.

After the video went viral, the author, in a Reddit post, clarified that it is a satirical video.  “IAmA writer, absurdist, and satirist who recently started a viral misinformation campaign… by accident. You might know me as RamsesThePigeon. AMA!” he wrote on Reddit.

In the post, he said: I created this satirical piece shortly after COVID-19 started being recognized as a genuine threat. In the months that followed, quite a few different people ripped, cut, and shared incomplete versions of the video across a variety of social media sites. Worse still, many of those individuals insisted that they were presenting “proof” of the pandemic having been intentionally engineered.
Given that my original upload barely passed 60,000 views, I was entirely unaware of this… until fact-checkers from Belgium, France, and The Netherlands started reaching out to me. In the days that followed, I learned how far the “misinformation” had spread, and I found myself explaining not only that that the majority of my video content is absurd satire (like “The Mick Jagger Conspiracy Theory”), but that the viral piece in question was intended to lampoon the anti-science perspectives which were arising at the time. 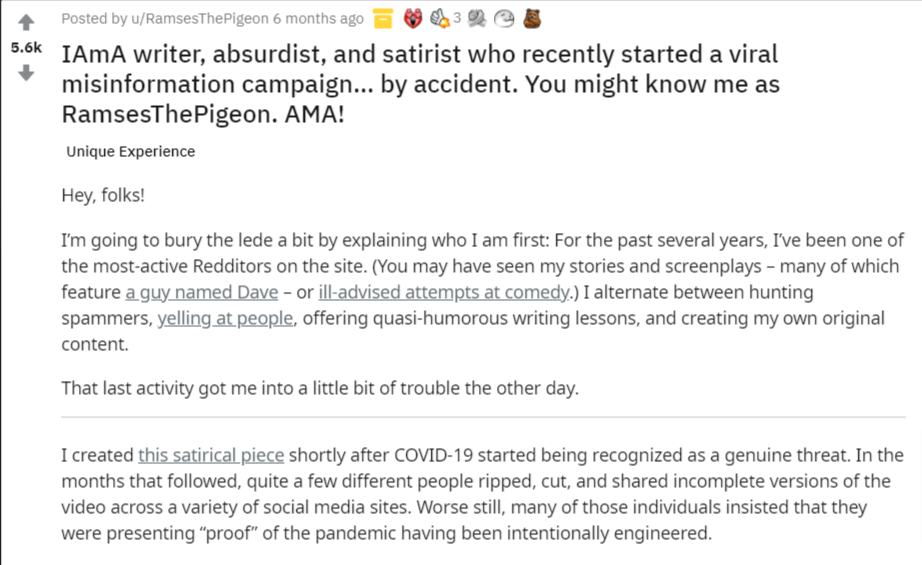 We also searched the web but could not find any media reports or relevant data to support the viral claim.

Thus, from the above information, it is evident that this viral video was created as a satire in 2020 only and it is not a 65 years old video warning of COVID-19.