A video of cops arresting two men at a railway station is doing rounds on social media with a claim that they were terrorists who were arrested at the Dahod railway station in Gujarat, India. 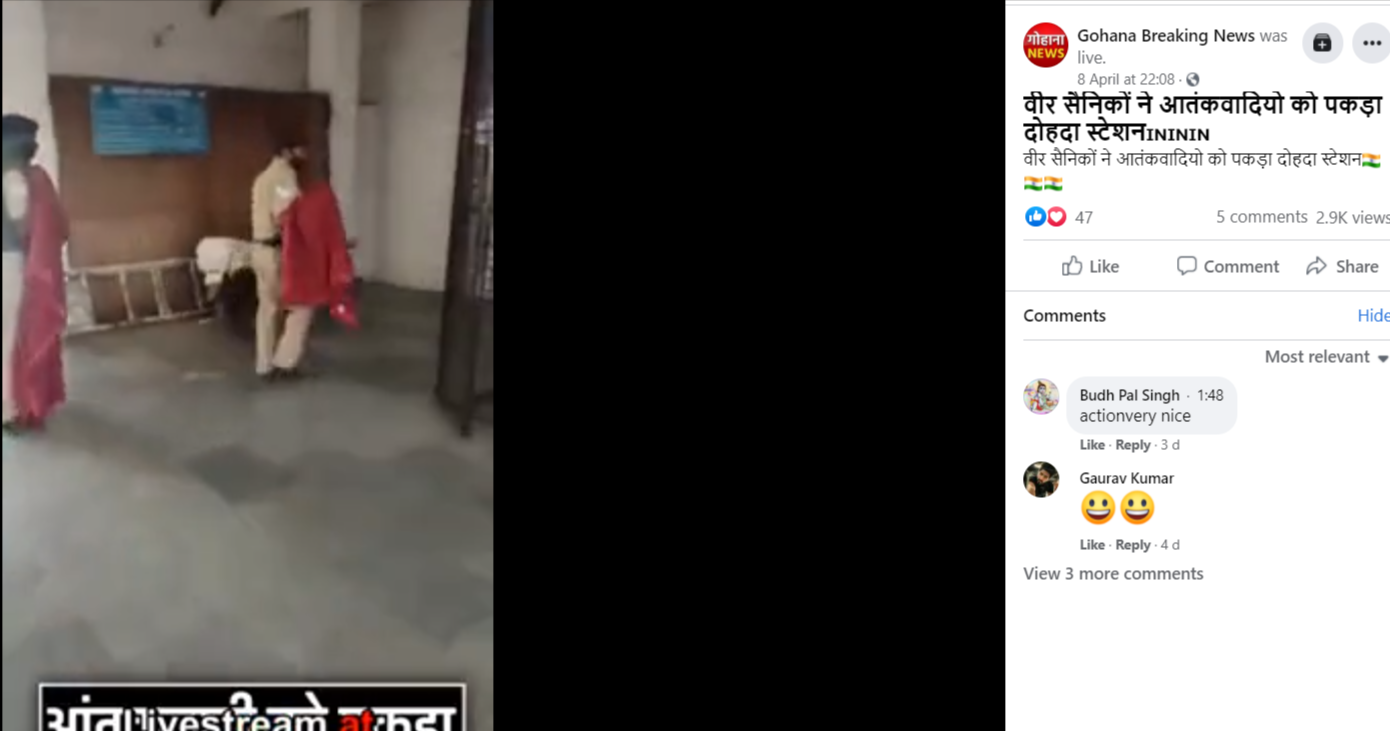 We extracted keyframes from the video and put them through Reverse Image Search along with some keywords.

This led us to the same video on YouTube. “Dahod railway station taken hostage by terrorists! Fast-paced terrorists, mock drill video goes viral,” title (translated) of one of the videos read.

We also found another video of the mock drill on YouTube which was taken from a different angle.
Another keyword search also led us to some Gujarati news reports about the same mock drill. The reports (can be seen here and here) mentioned that the mock drill was conducted by the Railway Police at Dahod station on March 31, 2021. 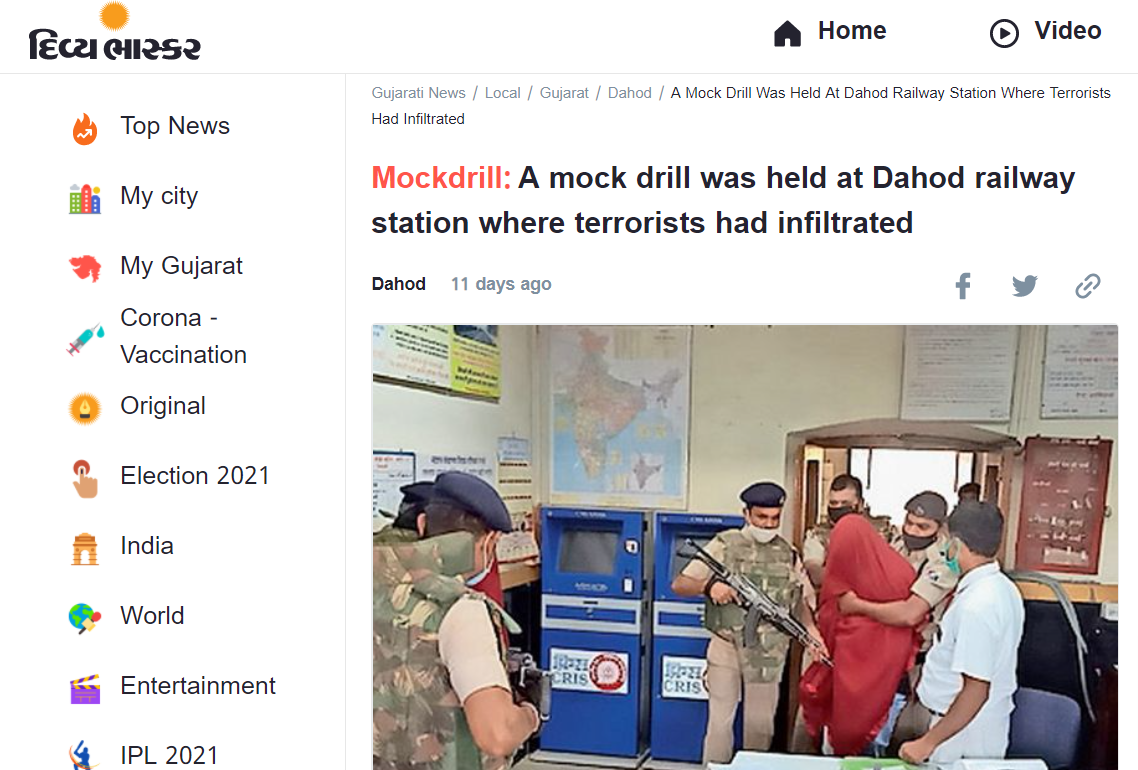 We searched for media reports about any terrorists arrested at the Dahod railway station but did not find any report to support the claim that it is real.
Hence, from the above information, it is clear that the video of a mock drill is being shared as a real one.