Fact Check: No, PM Modi Did Not Claim To Have Provided 150 Crore Jobs During COVID Lockdown; Viral Screenshot Is FAKE | Newsmobile
Monday, October 3, 2022

A screenshot of a news channel is doing rounds on social media. According to the screengrab, PM Modi has said that his government gave employment to 150 crore people during the COVID-19 lockdown period.

Social media users are also commenting on PM Modi’s alleged statement about how the government provided 150 crore jobs in a country with a population of approximately 130 crores.

Keeping in mind the surge in COVID-19 cases, the screenshot also mentions the possibility of another lockdown.

(Translation: Smack, Charas Ganja addicts altogether. Every child has got employment. What happened to the PM Cares fund? How much money was spent on the public? Everyone ate the drug) 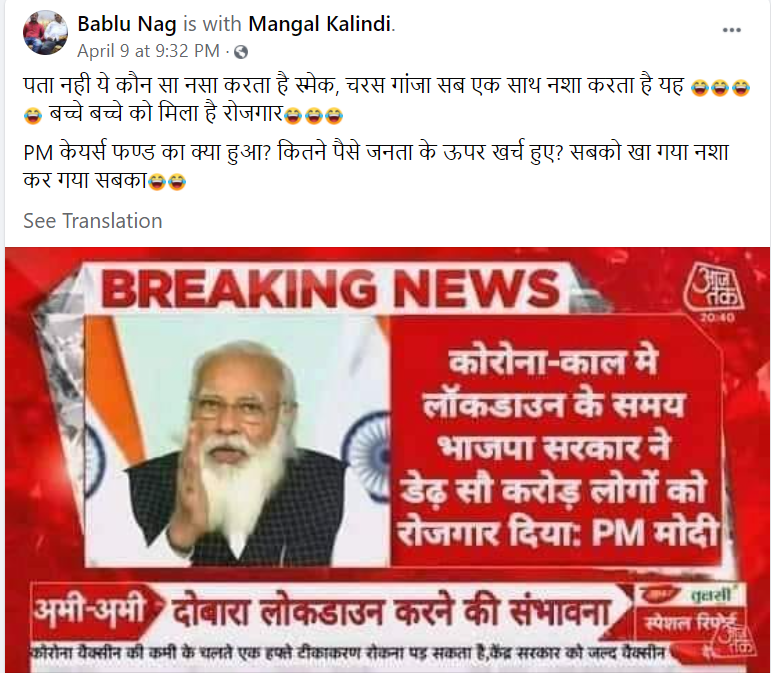 Similar posts can be seen here, and here.

NewsMobile fact-checked the screenshot and found it to be fake.

After doing a keyword search, we found a video on Hindi news channel AAJ TAK’s YouTube channel dated April 8, 2021, when PM Modi was speaking on coronavirus situation and status of vaccination in India.

In the video, the viral screen grab has been taken from 34.08 minutes of the video. It can be seen in the video that PM Modi appealed to celebrate “Tika Utsav” from 11 to 14 April. 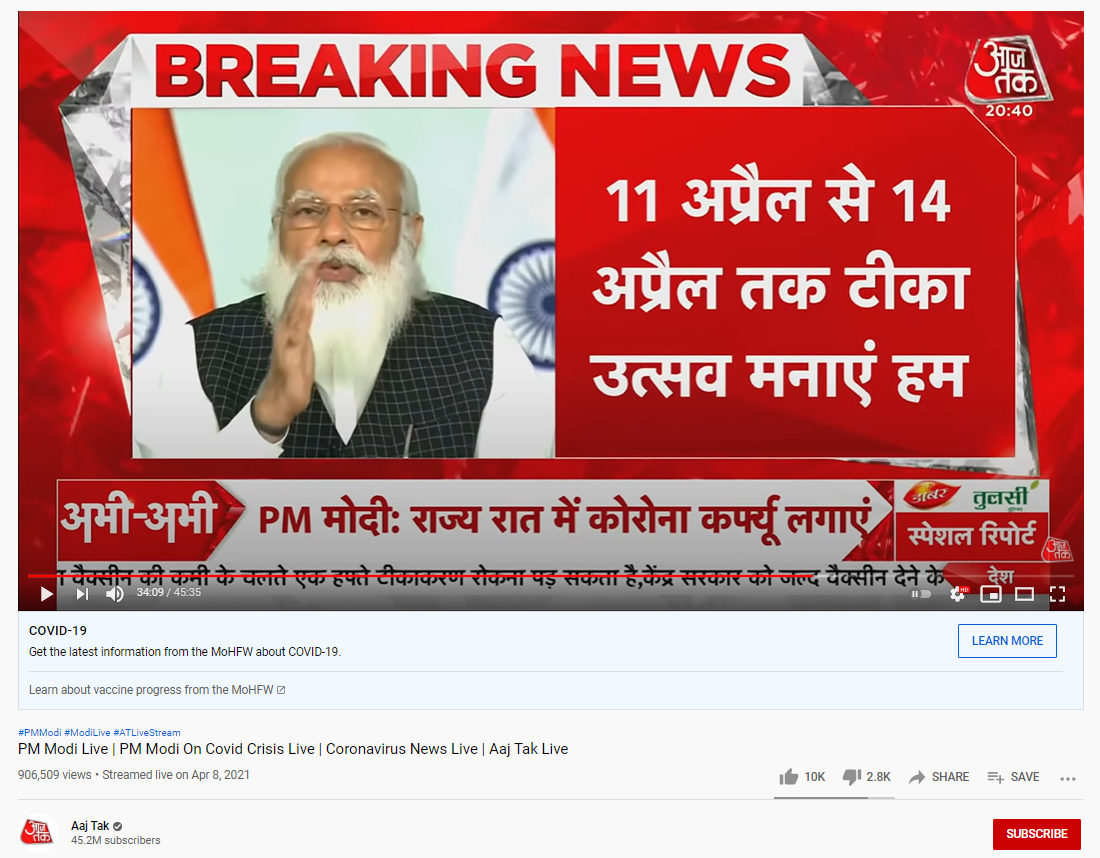 The possibility of another lockdown, as claimed in the viral screenshot, is also not visible in the video. Rather, PM Modi himself has stated that right now the country does not need complete lockdown. 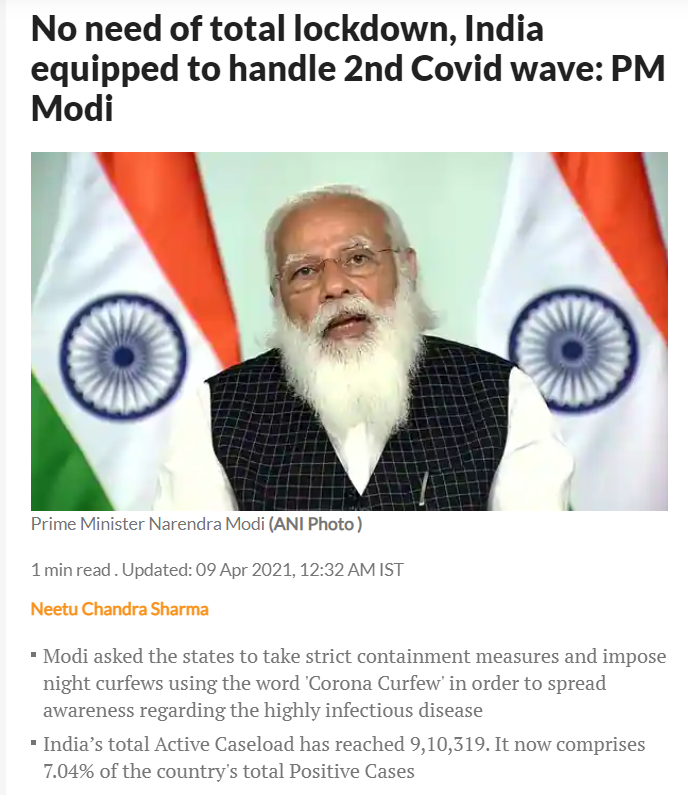 We searched the web, and could not find any media report mentioning that PM Modi has made such any such statement about employment. If Prime Minister had actually made such a statement, it would have been reported widely.

Hence, according to the above information, the viral screenshot is fake. With the help of editing software, an attempt has been made to show that Prime Minister Modi had made this statement.