A picture of Queen Elizabeth and her husband late Prince Philip is doing rounds on social media in which the Queen can be seen giggling. It is being claimed that Prince Philip dressed up as palace guard to play a prank on the Queen.

A user shared the post with a caption, “A photo shows Queen Elizabeth laughing after Prince Philip “pranked” her by disguising himself as a palace guard.” 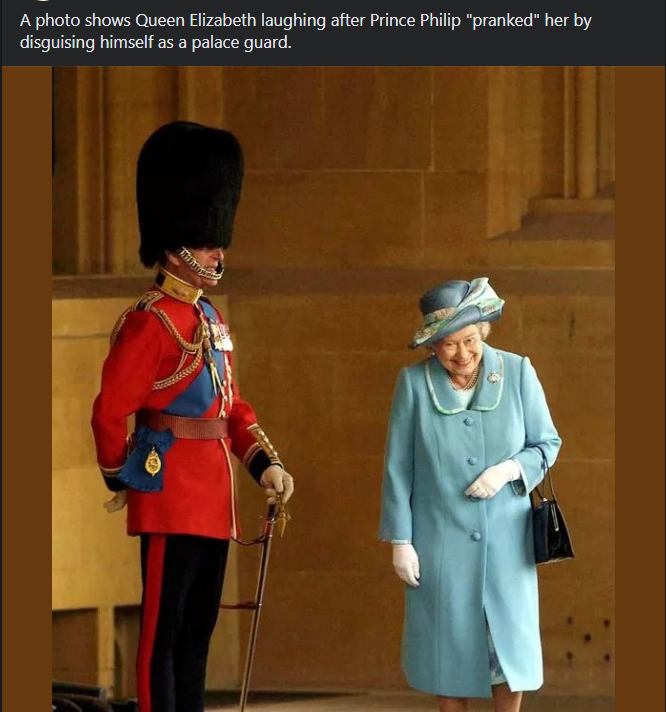 We ran a Google search and found that Prince Philip has wore the traditional uniform on numerous occasions to perform his royal duties. He can be seen in the uniform in a picture on the Getty Website.

The caption of the picture read, “Prince Philip, Duke of Edinburgh wears a traditional bearskin hat (busby) and guardsman uniform at Trooping the Colour on June 17, 2006 in London, England.” 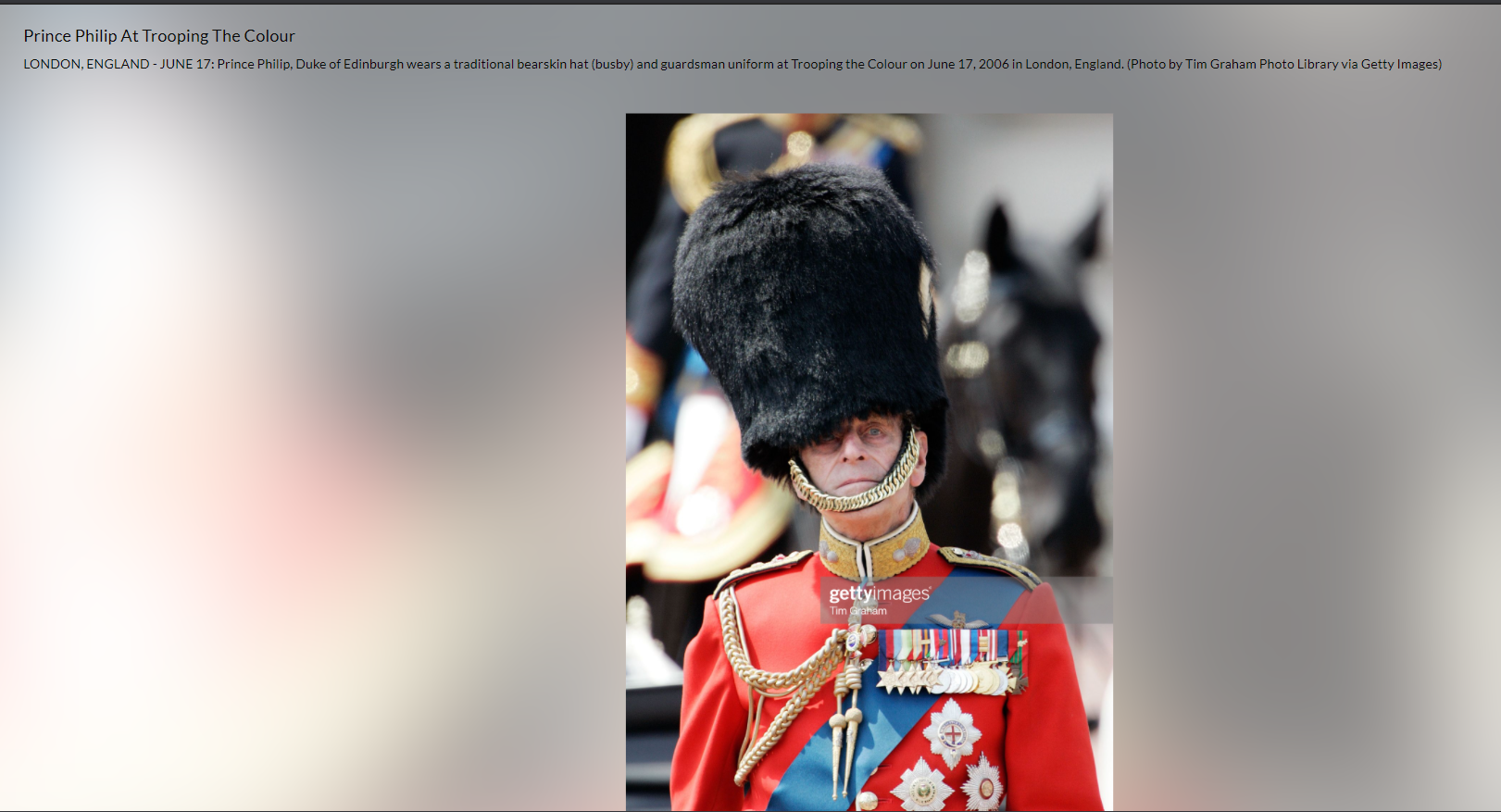 The above information proves that Prince Philip wore the uniform on several occasions and he was not pretending to be the palace guard.

Further, we put the picture through Reverse Image Search and found the picture on the PA Images website. It was taken in 2003 by photographer Chris Young of The Associated Press in 2003, and shows the Prince and the Queen shortly before a ceremonial review of the Grenadier Guards at Windsor Castle.

The caption of the picture read, “Her Majesty The Queen and Prince Philip enjoy the spectacle, as a swarm of bees cause concern prior to The Queens Company Review at Windsor Castle.”

We found the picture on another UK based website, Topfoto, whose caption read, “Her Majesty The Queen and Prince Phillip enjoy the spectacle, as a swarm of bees cause concern prior to The Queens Company Review at Windsor Castle. A beekeeper removed the swarm, which had gathered on one of the dignitaries chairs, prior to the ceremony.” 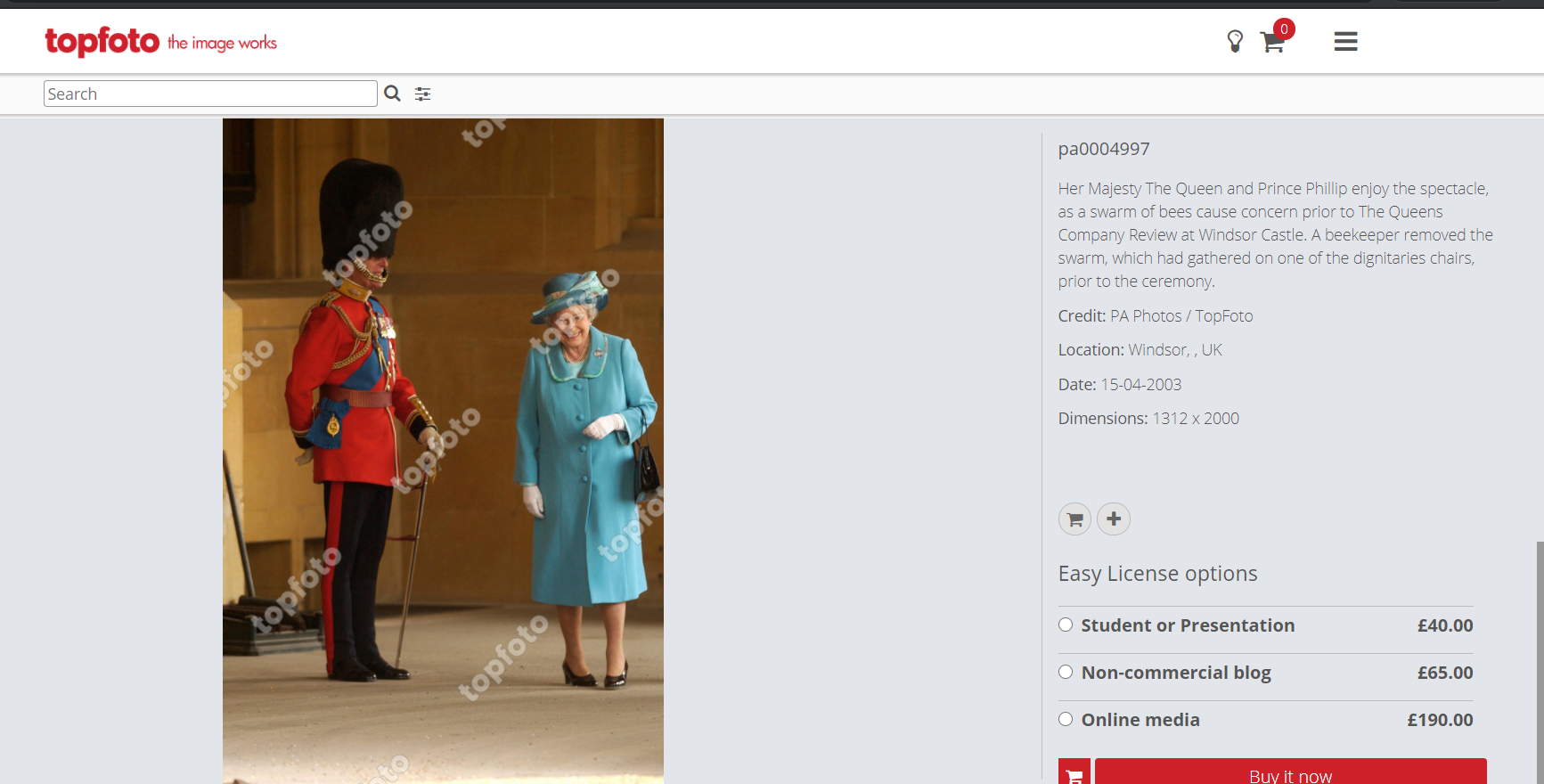 Hence, based on the above information, we can say that Prince Philip did not dress up as palace guard to pull off a prank on the Queen.