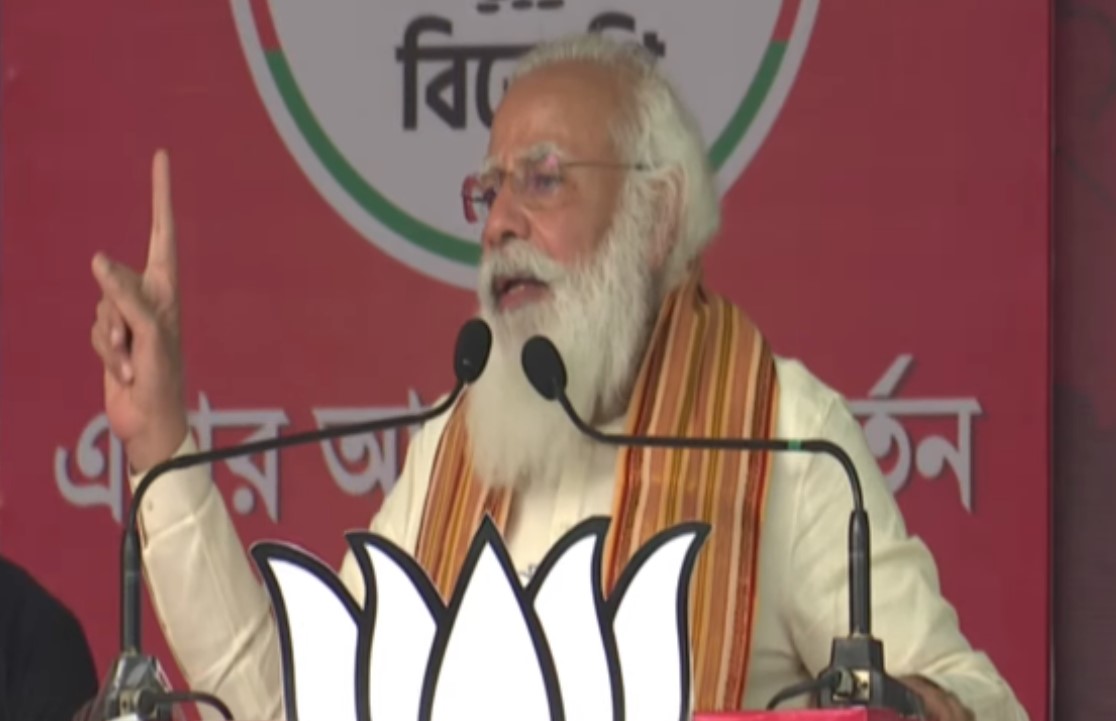 Prime Minister Narendra Modi on Monday attacked the ruling Trinamool Congress in West Bengal and alleged that the West Bengal Chief Minister Mamata Banerjee has put the present and future of the youth of Bengal at stake to protect the future of her nephew.

Addressing a rally at Barasat, he also said the central government is opening fast track courts for heinous crimes against women but the Mamata Banerjee government has stopped its implementation.

“I want to reveal another truth about Didi. The central government is opening fast track courts for heinous crimes against women. Didi’s government has stopped the implementation of even that in West Bengal,” he said.

Four of eight phases of assembly elections have been held in Bengal. The fifth phase of voting will take place on April 17.

(Except for the headline, this story has not been edited by NM team and is published from a syndicated feed.)