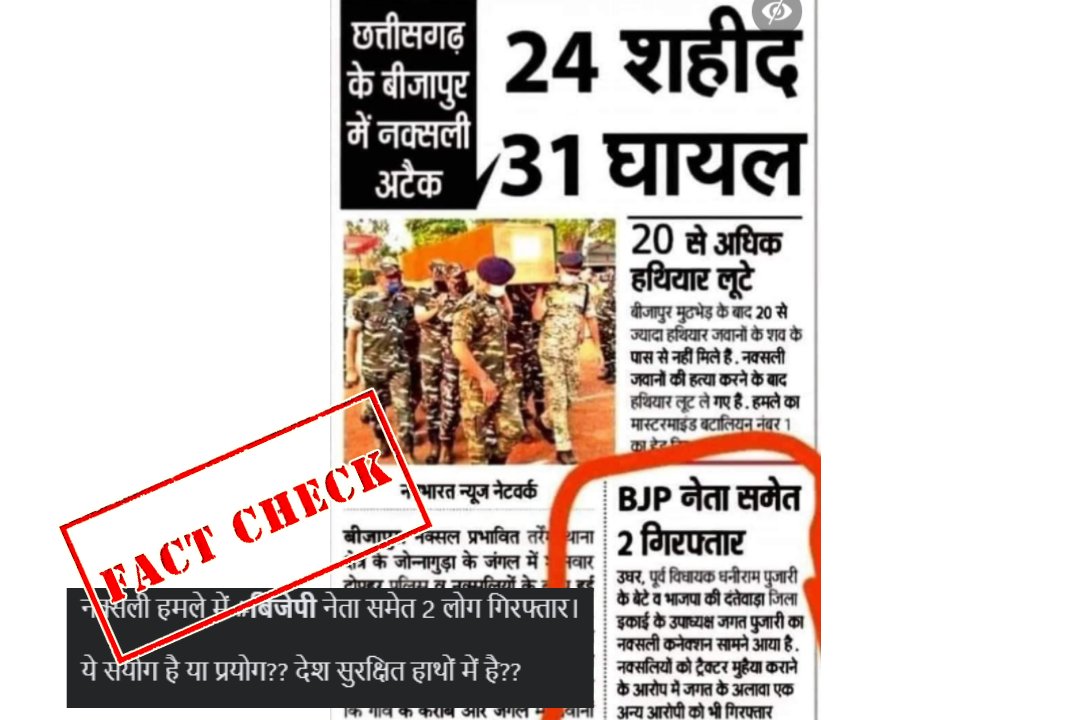 After 22 security personnel were killed and 30 others injured in the Naxal attack at Sukma-Bijapur in Chhattisgarh, a newspaper clipping started doing rounds on social media claiming that a BJP leader was arrested in connection with the incident.

The headline of one of the articles in Hindi read: “BJP नेता समेत 2 गिरफ़्तार” (BJP leader among two arrested).

(Translation- BJP leader among two arrested in the Naxalite attack. Is this a coincidence or experiment ?? Is the country in safe hands ??). 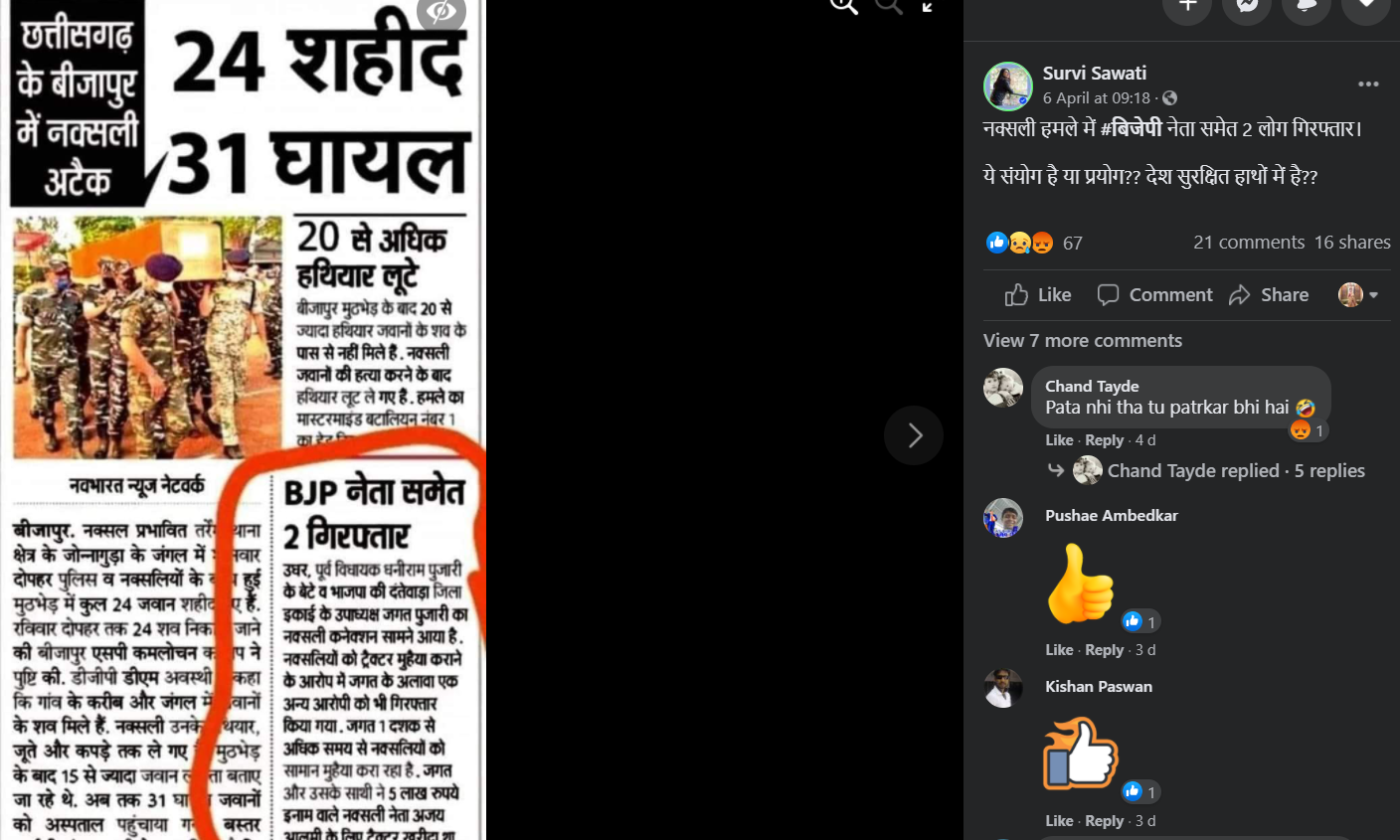 Firstly, we put the picture posted in a different article, through Reverse Image Search and found the picture in a tweet by the newswire, ANI dated April 4, 2021. The picture shows soldiers carrying a coffin of a martyred colleague after the attack.

Chhattisgarh: Mortal remains of a jawan of CRPF’s CoBRA battalion who lost his life in an encounter with Naxals in Sukma yesterday brought to Jagdalpur. pic.twitter.com/JmkWM33CH6

Further, we noticed ‘Navbharat News Network’ in the clip and checked the recent editions of the newspaper. We found the original newspaper clipping of the e-paper published on April 5, 2021. 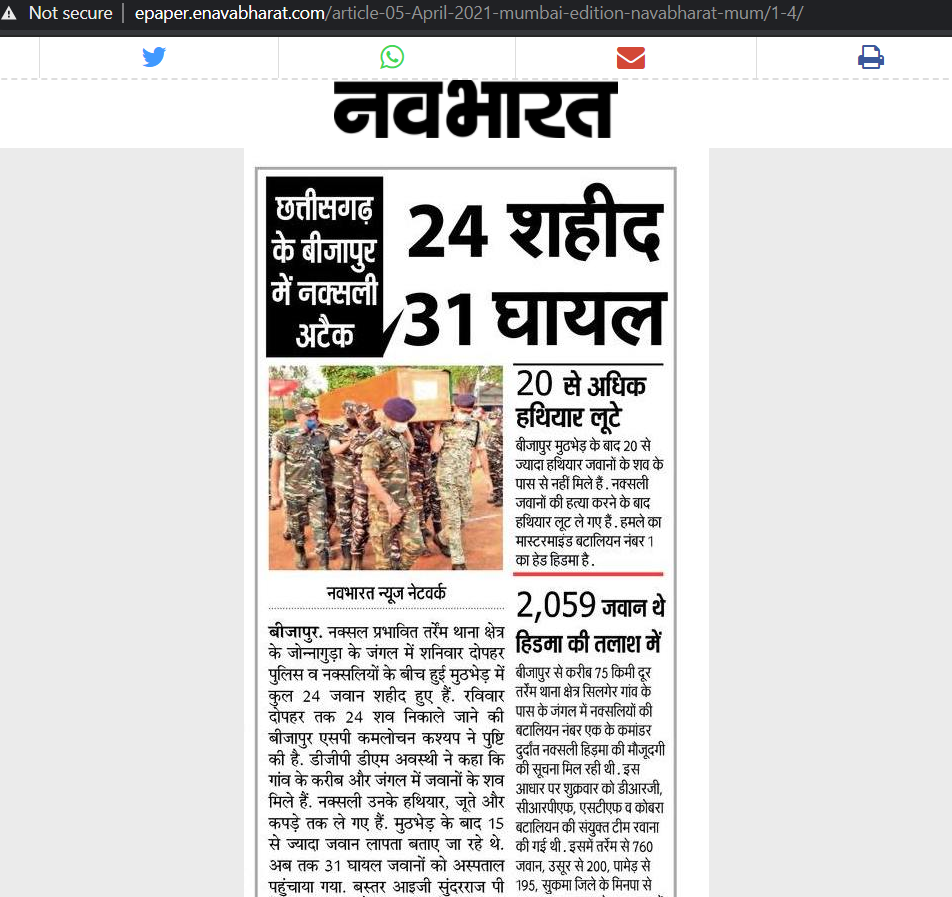 On comparing both the clippings, it becomes clear that the article about the BJP leader has been superimposed on the original clipping using digital manipulation tools. 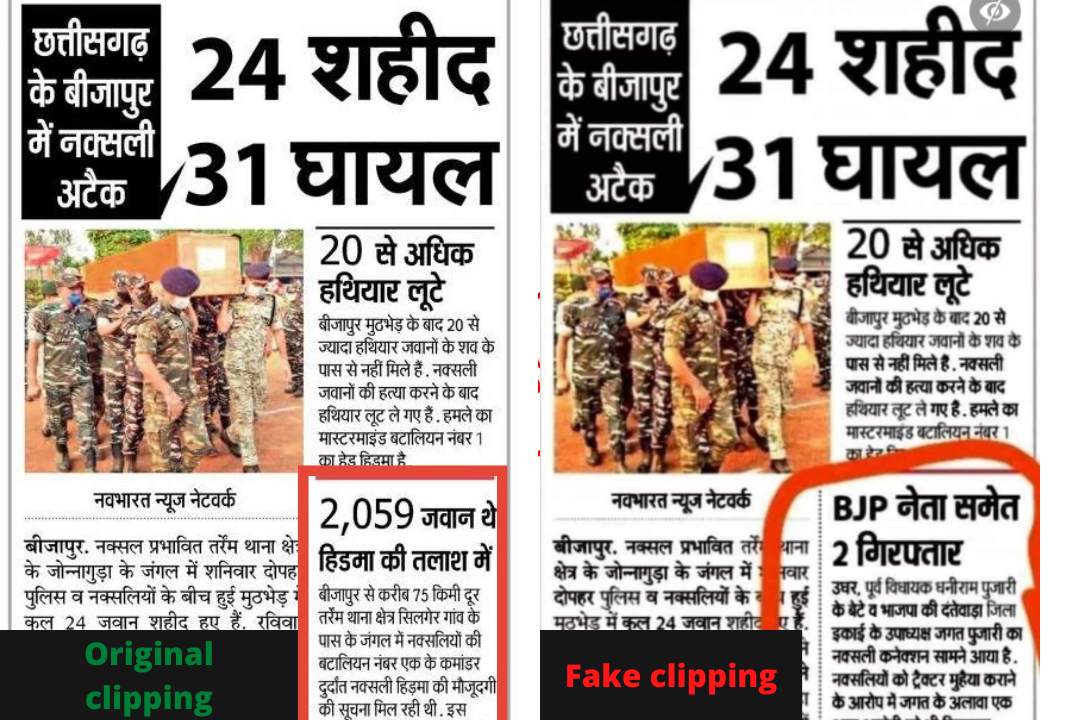 Further, we looked for media reports on the BJP leader’s arrest for having connections with the Naxalites and found reports by various media reports from last year, dated January 14, 2020. 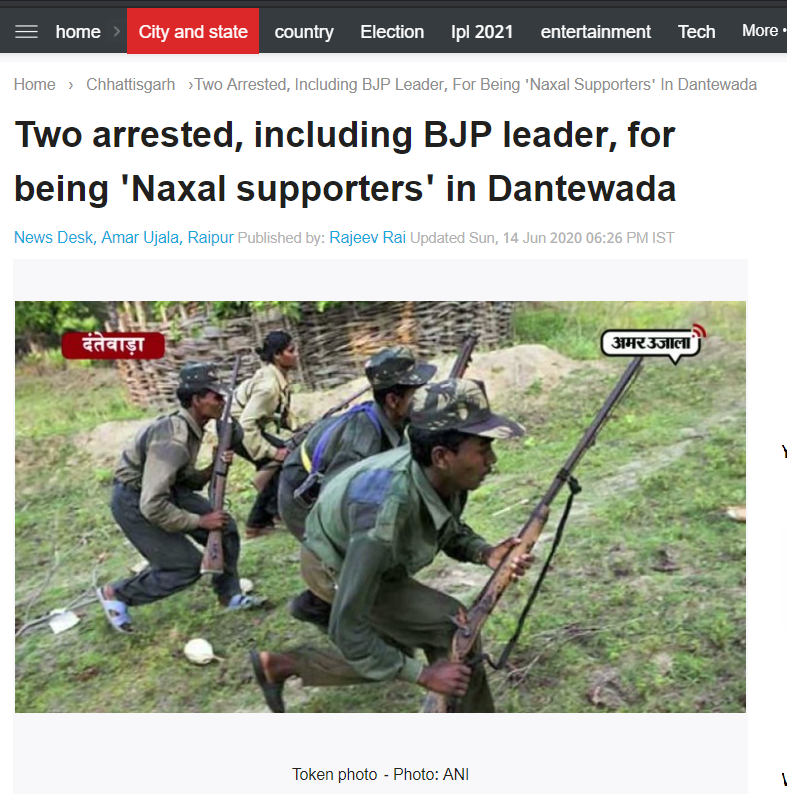 As per the article, a local BJP leader, Jagat Pujari, was arrested in January 2020 in the Dantewada district of Chhattisgarh for helping Maoists to buy a tractor and providing money.

In conclusion, upon analysing our findings, it is safe to say that a year-old incident is being recirculated in connection to the recent attack.