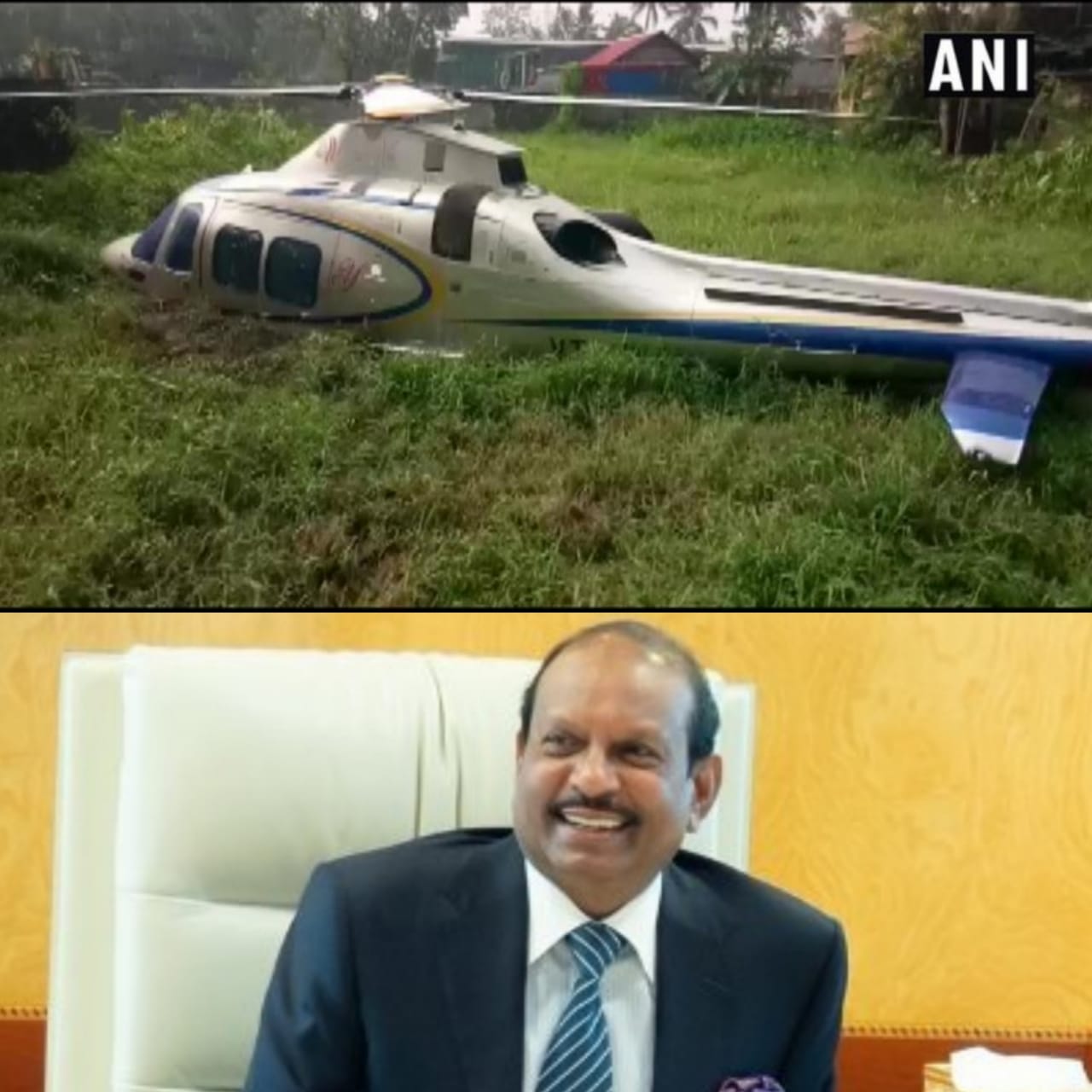 A private helicopter carrying UAE-based businessman Yusuf Ali M. A., his wife and three others crash-landed in a vacant plot in Kochi on Sunday morning.

The chopper crash-landed near the Kerala University of Fisheries and Ocean Studies (KUFOS) campus in Panangad. The hospital authorities say that they are safe.

He is the chairman and managing director of LuLu Group International. Originally from a village in Kerala state in south India, Yusuff Ali left for Abu Dhabi in 1973 to join his uncle’s small distribution business.

Billionaire of Indian Origin in UAE

According to Forbes, Ali’s net worth is around $4.8 billion. He presides over $7.4 billion (revenue) LuLu Group International, with 193 stores in the Gulf and elsewhere.
In April 2020, a member of Abu Dhabi’s royal family reportedly acquired a 20% stake in LuLu. Yusuff Ali donated $6.8 million to fight the Covid-19 pandemic. He also built and donated a treatment centre with 1,400 beds in Kerala.

Assets include the Waldorf Astoria in Scotland and the Great Scotland Yard Hotel, the former headquarters of the U.K. Metropolitan Police. Ali owns a fleet of luxury cars and a private jet that costs 150 Crore bought from the Brazilian Aviation Company.