A picture showing a high rise house set amidst a forest is being shared on the internet. It is being claimed in the picture that it is Russian President Vladimir Putin’s house in Sochi, Russia. 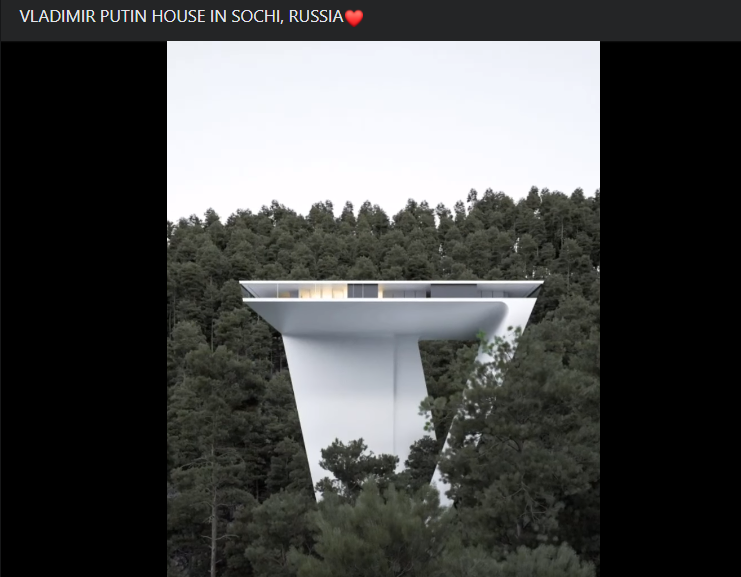 NewsMobile fact-checked the picture and found that the claim is fake.

When we put the image through Reverse Image Search, we found the picture on Instagram posted by a Russian designer Roman Vlasov on January 25, 2021.

The caption of the post read, “PUTIN HOUSE or a story about what his villa might look like By @_vlasov_roman_ #romanvlasov  #architecture #archilovers #modern #modernhouse #design #concept #luxury #luxuryhomes #villa #house #interior #designbunker #architecture_hunter”

In the caption, he mentions ‘what his villa might look like’ which suggests that the building does not exist. He has also used hashtags like ‘concept’ and ‘design’.

Further, we found the same picture in an architecture magazine, Designboom. The headline of the article read, “Russian architect Roman Vlasov imagines what Putin’s house might look like”. 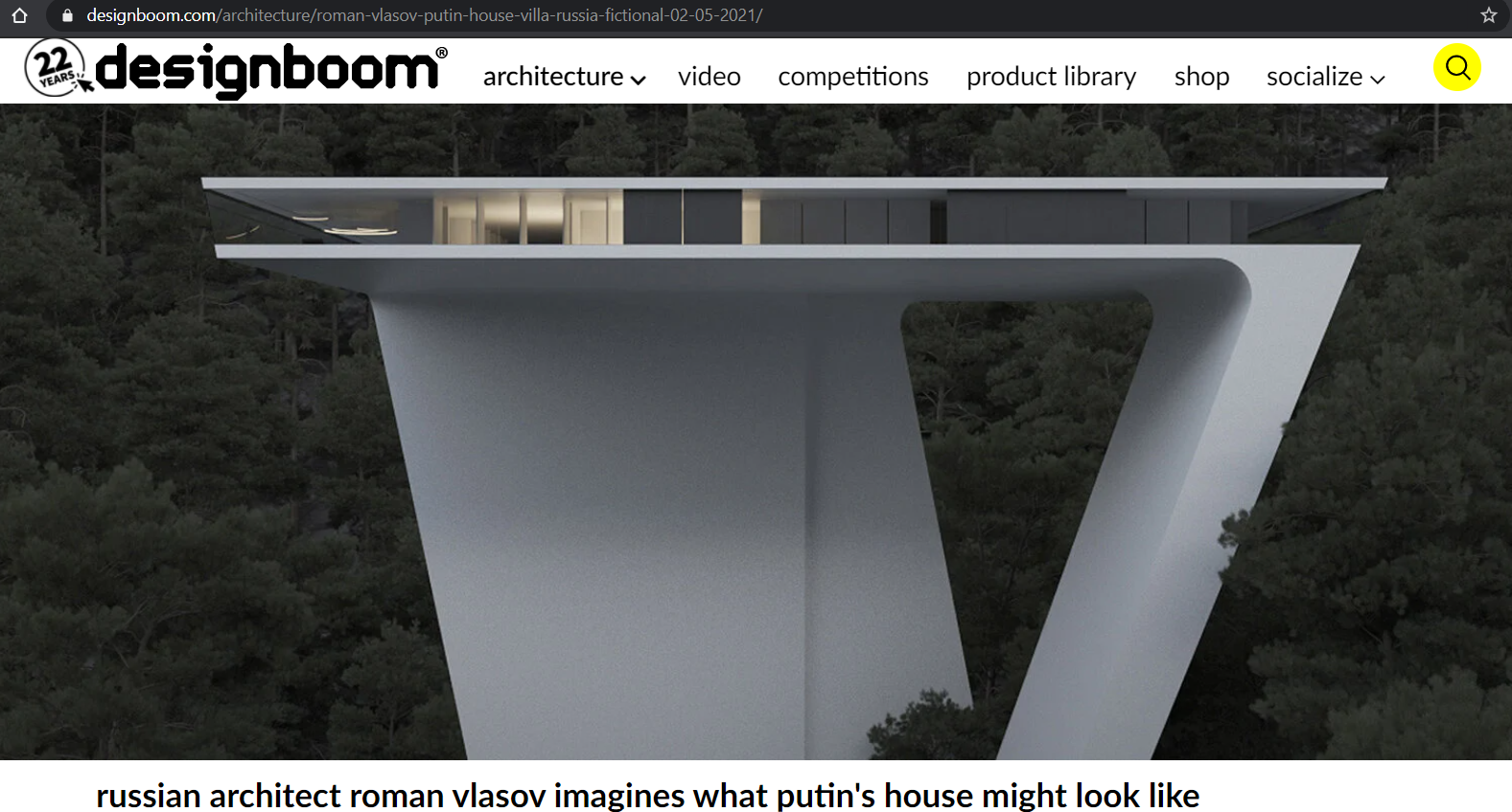 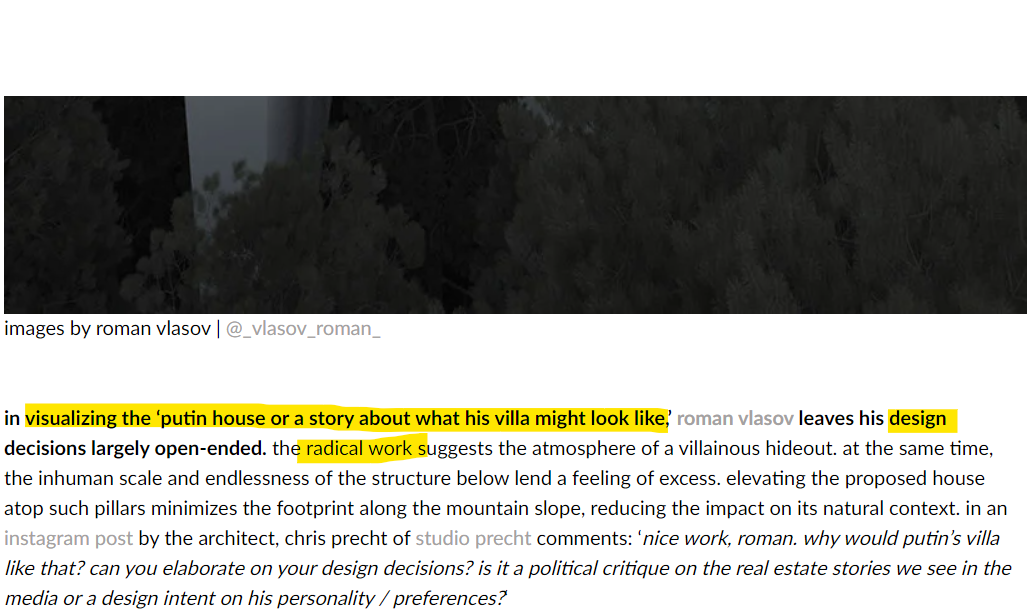 In the article, it has been mentioned that it is a visualisation/ design by the designer which proves that it is a digital concept.

Further, we found the picture in an article dated March 12, 2021, on a website, Visual Atelier 8.  The headline read, “Monumental Design Of Putin House By Roman Vlasov”.

In the article it has been mentioned that it is a concept design. Apart from this fact, it also mentions the tools used to make the design, which are Autodesk Maya and Redshift. 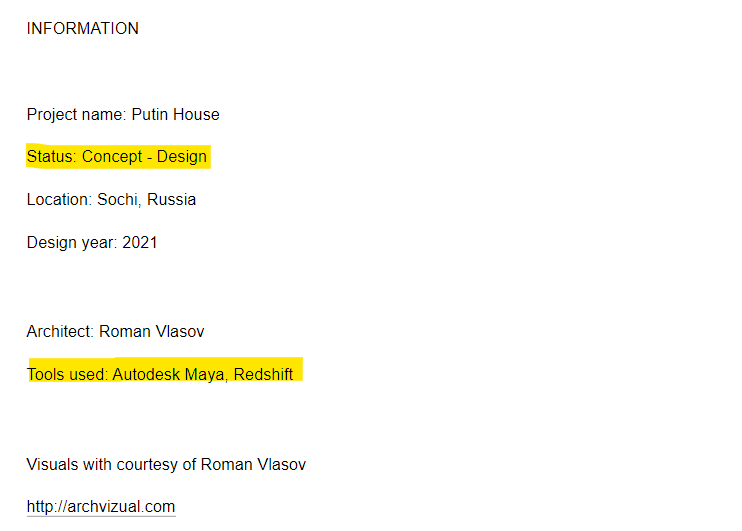 Hence, the above information proves that the picture is an illustration by a Russian designer and not the actual residence of Russian President Vladimir Putin.