An image depicting the aerial view of a crowded gathering claiming that it shows the crowds at Haridwar Mahakumbh Mela, which began on April 1, 2021, has gone viral on social media. Many social media users have also tried to give a communal angle to it.

A Facebook user shared the image with a caption that reads, “Tablighi spreading COVID in Kumbh Mela.” 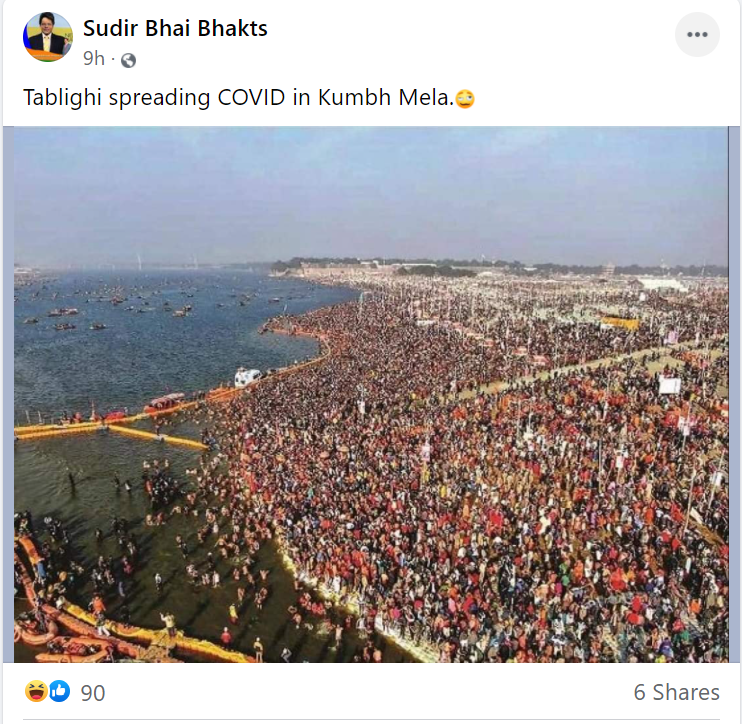 We did a Reverse Image Search on the viral image and were able to trace news reports from 2019 that carried the same picture. It means the image has been on the internet since 2019 and it is not from the ongoing Kumbh Mela 2021. 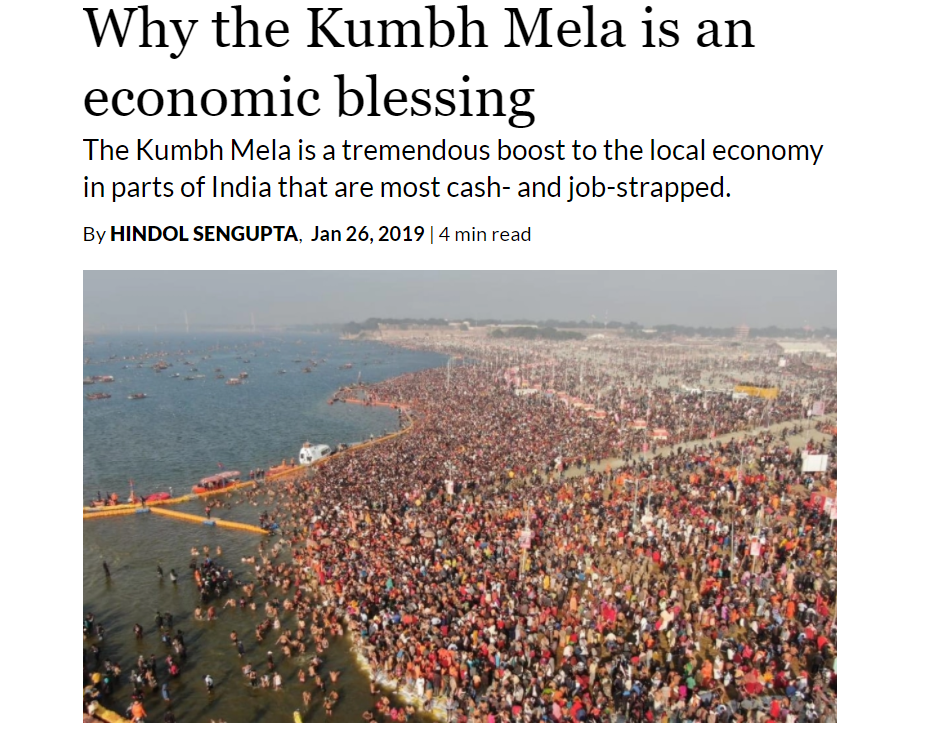 We also found the image posted on the official website of Kumbh 2019. 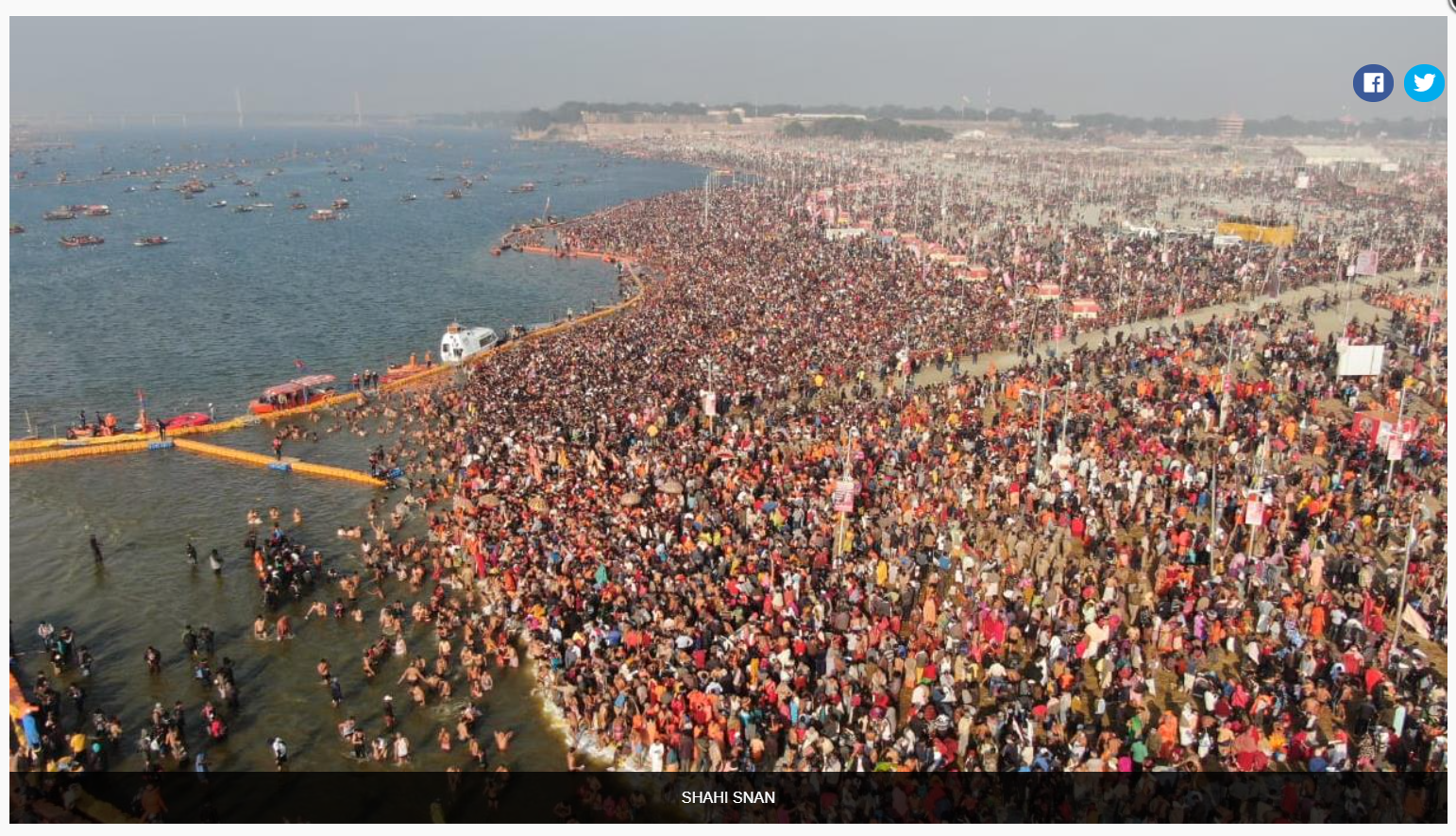 The image on the official website of Prayag Kumbh 2019 was titled “Shahi Snan”. According to a news report, “The Shahi Snan is an integral part of the Kumbh Mela, which is considered as one of the most important pilgrimages for Hindus.”

As for the Tablighi Jamaat, it was a religious gathering in Delhi’s Nizamuddin Mosque in early March 2020, which became a coronavirus hotspot. The incident was also communised by many Indian media and political parties.

Thus, from the above information, it is evident that an image from the 2019 Prayag Kumbh Mela was revived amid the ongoing 2021 Mahakumbh Mela, in the middle of the Coronavirus pandemic.