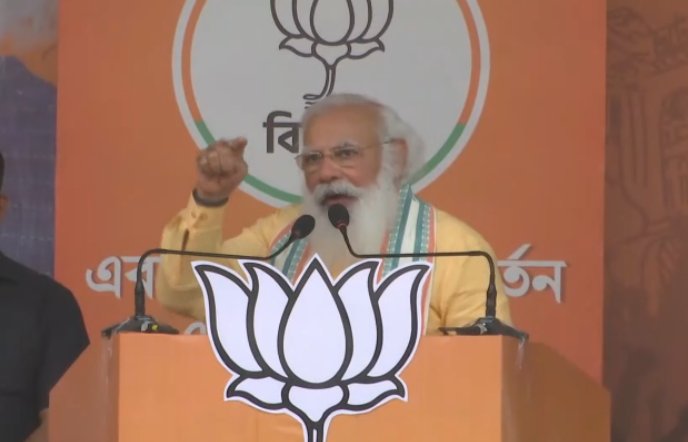 As the Battle for Bengal enters a decisive phase and voters go out to cast their vote in the fourth phase of polling on Saturday, a Clubhouse Chat reportedly of TMC’s key poll strategist Prashant Kishore with some journalists where he is heard admitting that Prime Minister Narendra Modi is very popular in West Bengal has taken centrestage.

BJP seized on to the leaked tapes and shared it on their social media platforms to corner Mamata Banerjee-led Trinamool Congress which has gone all guns blazing against PM Modi and BJP in one of the most bitterly fought election battles ever in Bengal.

That moment when Mamata Banerjee’s strategiest realised that the Club House room was open and his admissions were being heard by the public at large and not just a handful of Lutyens journalist.

Admitting that there is no anti-incumbency against Prime Minister Modi, Kishor is purportedly heard saying, “There is a cult of Modi which has been created across India, the degree could vary. The Hindi-speaking population is Modi’s core base. The anti-incumbency (in West Bengal) is against the state government. And yes, Modi is popular here, very popular.”

Modi is hugely popular in Bengal and there is no doubt about it. There is a cult around him across the country.

There is anti-incumbency against TMC, polarisation is a reality, SC votes is a factor plus BJP’s election machinery, says Mamata Banerjee’s strategist in an open chat. pic.twitter.com/Vrl8vl231b

In the purported conversation, Kishor can also be heard saying that political parties so far have engaged in minority appeasement and that the Matuas are favouring the BJP this time. 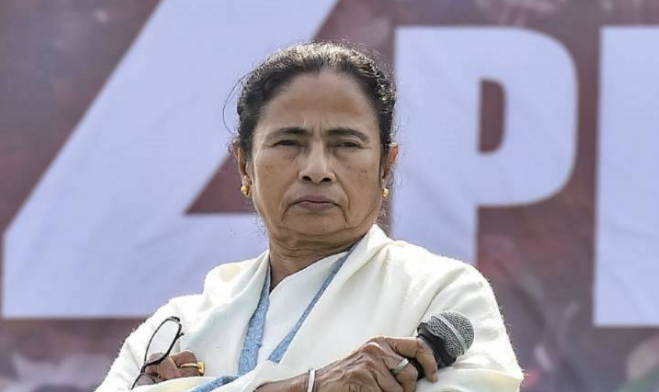 Prashant Kishor was quick to react to the purported audio clip and said that BJP should release the full conversation thread.

Glad BJP’s taking my clubhouse chat more seriously than words of its leaders. On selective use of part of conversation, urge them to release full conversation: Prashant Kishor to ANI on leaked audio where he’s saying “Modi, Mamata equally popular” among Bengal poll-related things pic.twitter.com/8LTUv6gRjX

“Glad BJP’s taking my clubhouse chats more seriously than the words of its leaders. On selective use of part of the conversation, urge them to release full conversation,” Kishor told news agency ANI.

BJP leaders however said that Prashant Kishor has realised that its going to be a BJP government in West Bengal.

Prashant Kishor also knows that Modi Ji is the best and a ‘sonar Bangla’ will be made under his leadership. But to fool the people he got associated with TMC: BJP leader Locket Chatterjee, in Hoogly pic.twitter.com/YlVuFFNSoT

Prashant Kishor’s strategy will not work in Bengal, his strategy has failed. TMC has finished here. In Bengal, only Narendra Modi’s strategy will work: BJP leader Rajib Banerjee, in Domjur, #WestBengal pic.twitter.com/BVdtlkDrqT

With the battle for ballots being fought to the wire, this audio leak for sure is the latest arsenal in BJP’s kitty to counter the TMC.