An image of Bharatiya Kisan Union (BKU) leader Rakesh Tikait and his supporters is being shared on social media. The viral posts claim that their faces were blackened with ink by some people in Rajasthan.

(Translation: They went to shut down India; the public in Rajasthan’s Papalaj threw ink on their face after raining slaps and kicks.) 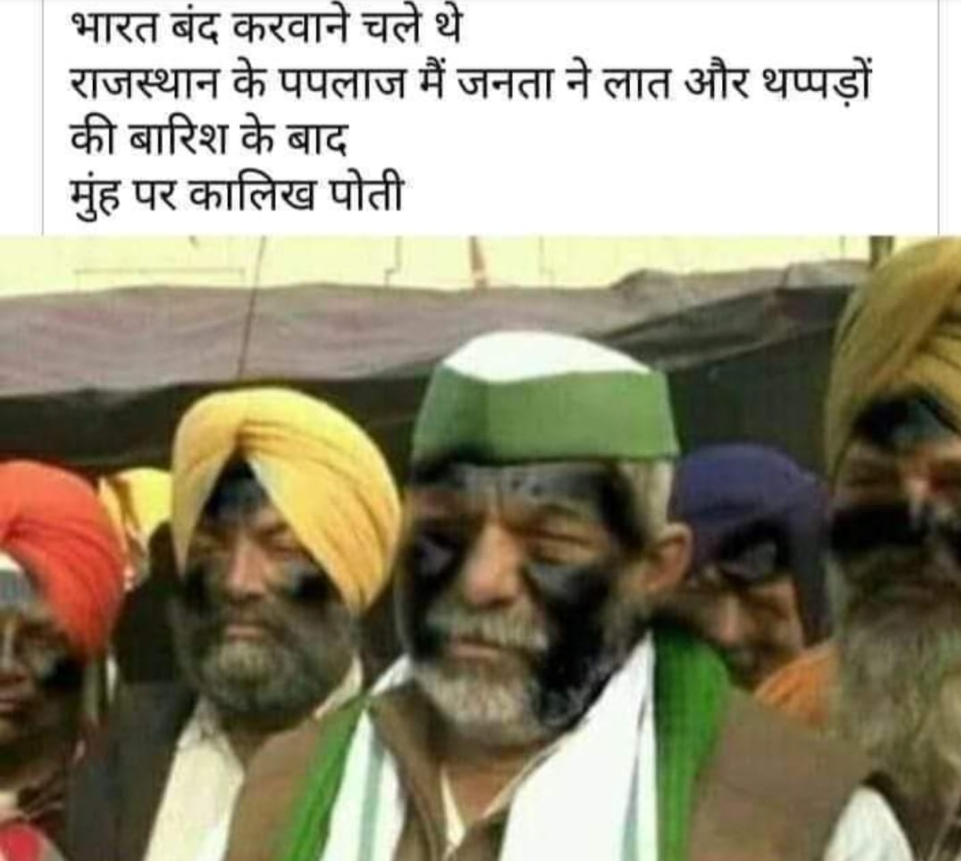 More posts can be seen here, here, and here.

We ran the picture through Reverse Image Search and found the same picture in an article by News18 Hindi from January 31, 2021. 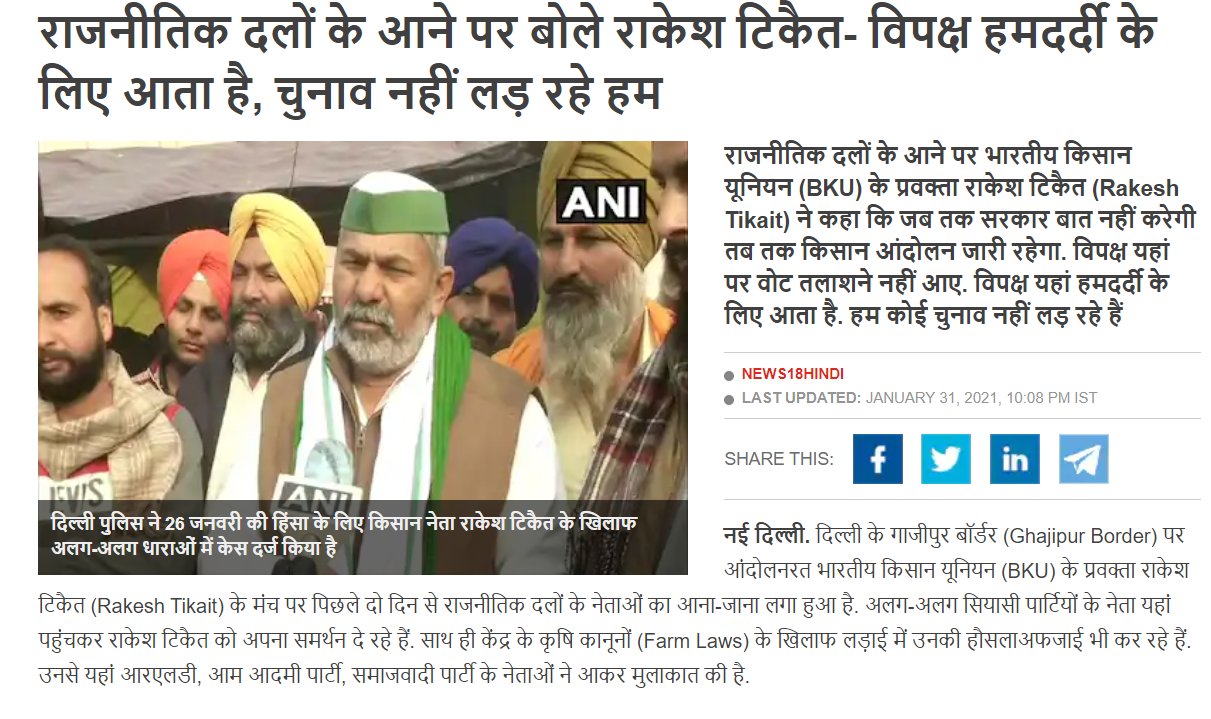 We could also trace the original image to ANI’s tweet, dated January 19, 2021 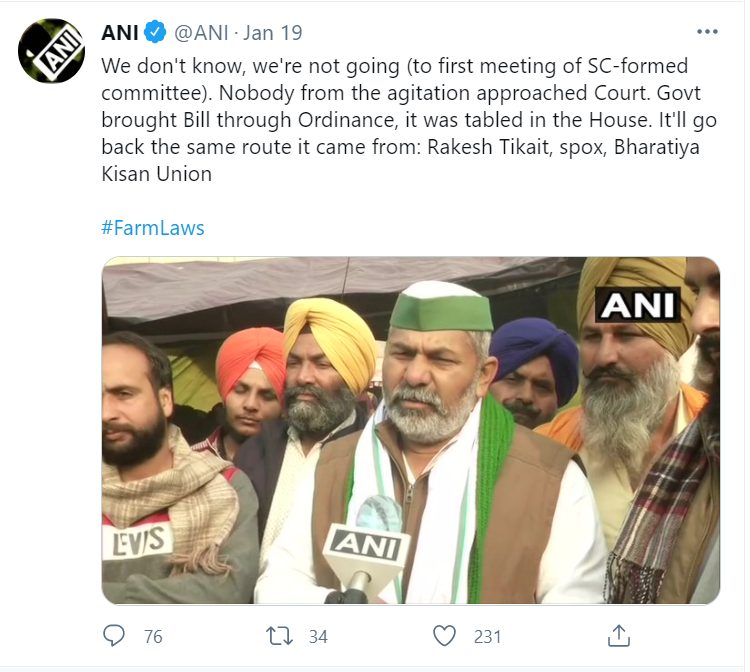 Rakesh Tikait and the people standing next to him can be seen in the same outfits as in the viral image.

We also found a video of his interview with ANI that has been geotagged at the Delhi border, not anywhere in Rajasthan. 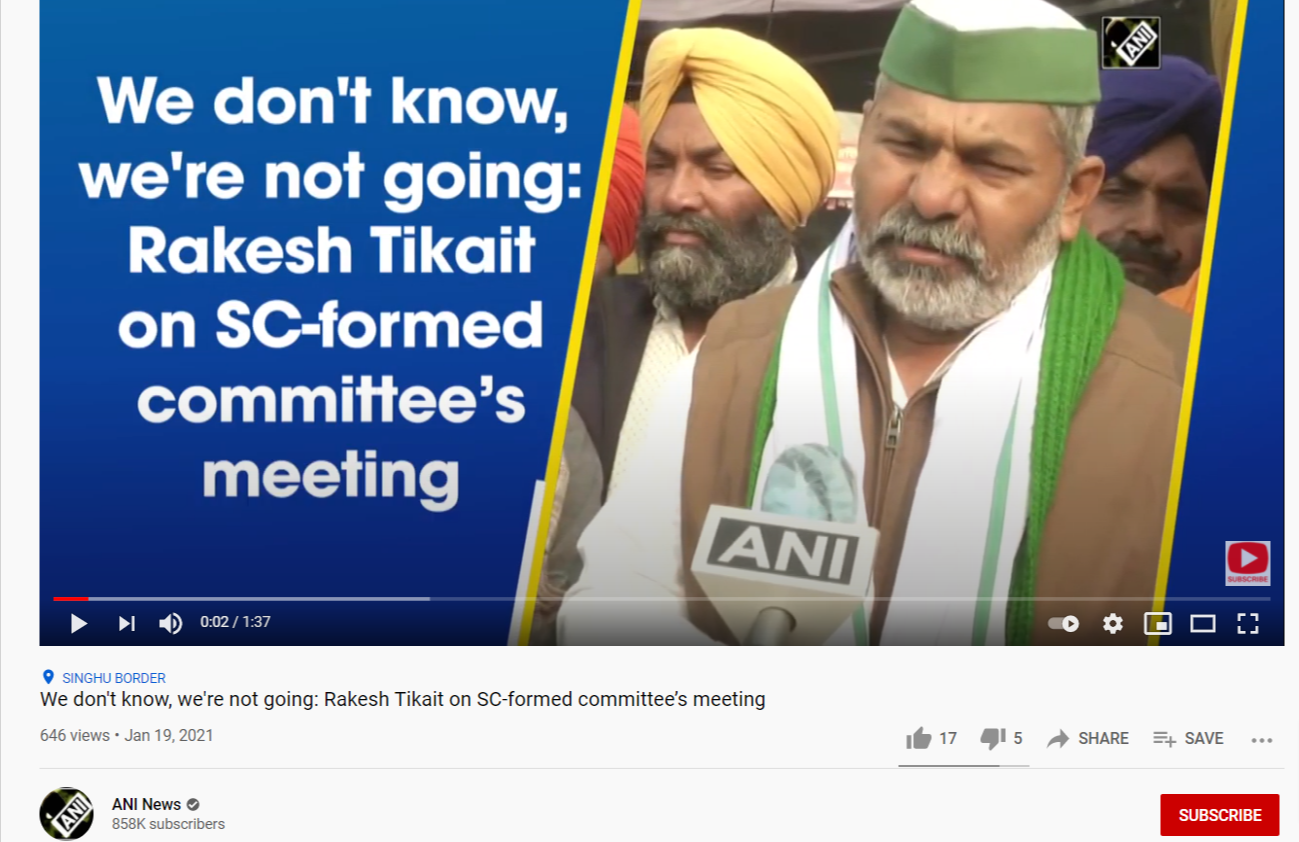 In the above video and reports, we can see that there’s no ink on their faces.

Further, we also looked up for any credible media reports about any ink attack on Rakesh Tikait or his supporters. We did not find any.

Although we found news reports stating Rakesh Tikait’s convoy was attacked in Alwar on April 2, 2021, while he was on his way to address a gathering in Harsora village, Rajasthan.

According to a report by The Times Of India, the police confirmed that no one was injured in the attack and Tikait’s car was “far ahead” of the scuffle.

Another report by The New Indian Express also mentioned that a violent group of people broke the rear windshield of a car and even threw black ink, but Rakesh Tikait was not present in the car. 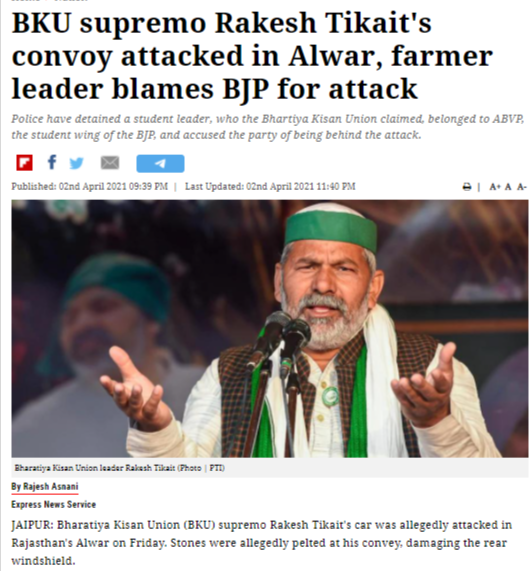 Thus, the viral claim is misleading and the viral photo is edited. In the original photos, there was no ink on Rakesh Tikait’s face.

However, Rakesh Tikait’s convoy was attacked on April 2 in Alwar district of Rajasthan, but this picture has nothing to do with that incident.