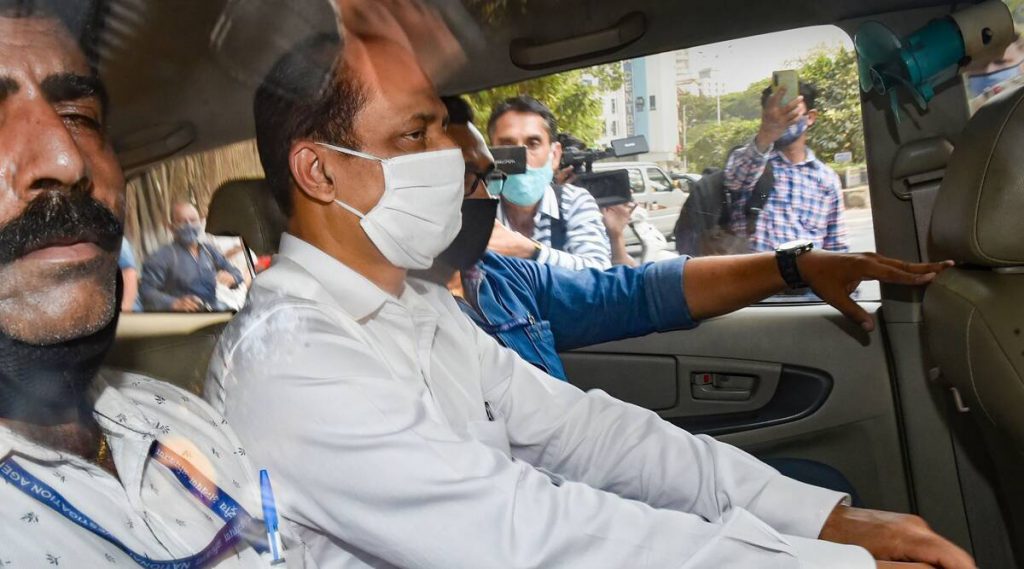 In a letter written to National Investigation Agency (NIA) court by suspended Mumbai Police officer Sachin Waze, the police officer claimed a person named Darshan Ghodawat, introducing himself as a close aide of a senior Maharashtra Minister, had asked him to collect a monthly amount of Rs 100 crore from the illegal gutkha sellers.

Waze further said that he had refused to do so and when he initiated action against illegal gutkha sellers, Ghodawat came to his office and expressed the Minister’s displeasure on Waze actions against the illegal gutkha sellers. The suspended police officer had written a letter to the NIA court on Wednesday claimed that another Maharashtra Minister had also asked him to illegitimately collect money for him.
The court did not accept the letter, stating that it was not submitted in a proper format.

Waze, who is being probed by the NIA in the Antilia bomb scare, was produced by the agency for further custody when he attempted to submit this letter. The court, however, told him to follow due process and did not accept it.