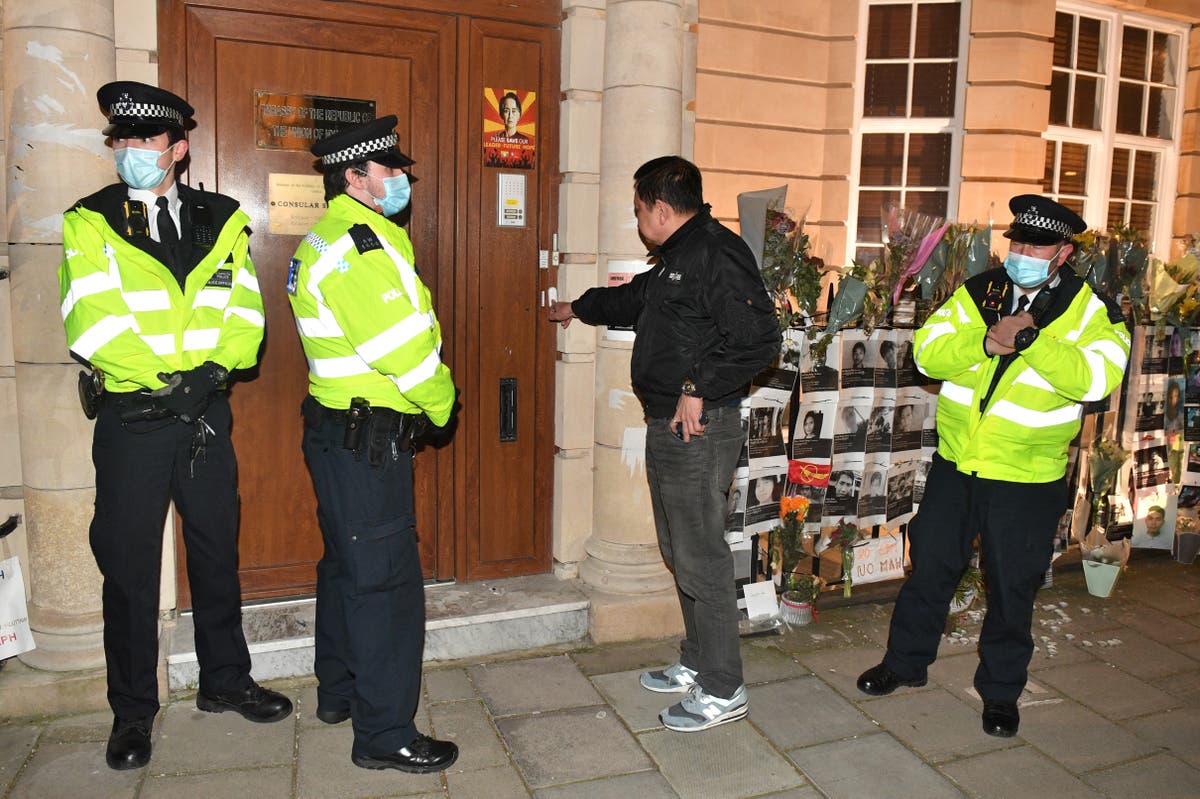 Myanmar’s ambassador to the UK said he has been locked out of the London embassy in what he described as another “coup.”

Ambassador Kyaw Zwar Minn told CNN he tried to gain access to the embassy on Wednesday for several hours but was unable to enter. He also said that several of his staff were still inside the building, and were not being allowed out. Phone calls made to the embassy went unanswered and emails bounced back.

Officers from London’s Metropolitan Police were also on the ground, warning people to disperse as they were in violation of coronavirus restrictions. Most those gathered since dispersed as the evening wore on, but CNN has seen at least four police vans filled with officers park near Myanmar’s embassy.

Also Read : India, China To Hold 11th Round Of Corps Commander-Level Talks In Ladakh On April 9

London’s Metropolitan Police told CNN in a statement: “We are aware of a protest outside the Myanmar embassy in Mayfair, London. Public order officers are in attendance. There have been no arrests.”
In a statement to CNN, UK’s Foreign and Commonwealth Office said it was “seeking further information following an incident at Myanmar’s embassy in London.”

As per the news outlet, Myanmar’s military leaders tried in vain in remove another diplomat in March, after UN Ambassador Kyaw Moe Tun called on the international community members to use “any means necessary” to help restore the country’s civilian leadership. He refused to step down however, a decision that has been supported by the UN.

Myanmar’s military seized power in the country on February 1, deposing civilian leader Aung San Suu Kyi’s elected government. Non-violent protests against the coup have since broken out across the country, and several Myanmar diplomats posted abroad have also made statements of resistance.

NewsMobile is the mobile first media platform that empowers you, entertains you and makes you smarter with its exclusive stories and user generated content selected by our team of award winning journalists and writers.
Contact us: [email protected].