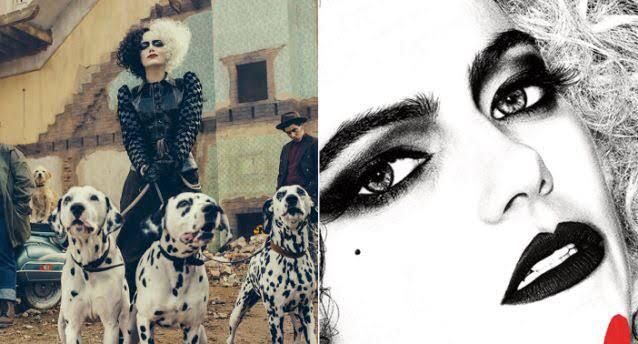 Walt Disney took to Twitter and released an intriguing trailer of the much-anticipated film.  The ‘La La Land’ star Emma Stone is seen as one of the cinema’s most notorious – and notoriously fashionable – villains, the legendary Cruella de Vil.

The two-minute-three second trailer, shows the London amidst the punk rock revolution of 1970s , a young girl named Estella who is clever and creative, determined to make a name for herself in the fashion industry and how she goes on to quench her thirst for fashion, which makes her embark on a wicked path of revenge.

A poster featuring Stone in a crooked avatar, sporting an all-black ensemble was also dropped at the same time as the release of the trailer. The actor is seen donning the iconic black and white hair with red lip shade and spooky white makeup.

Alongside the poster, the makers wrote, “Trouble is Coming. See #Cruella in theaters and on #DisneyPlus with Premier Access May 28th.”

It will take you on the fashion thrill with a little twist of its own.