A newspaper clipping is being shared on social media with a quote attributed to former Chief Election Commissioner TS Krishnamurthy, in which, as per the claim, he said that BJP won the Gujarat and Himachal Pradesh Assembly elections by hacking EVMs. 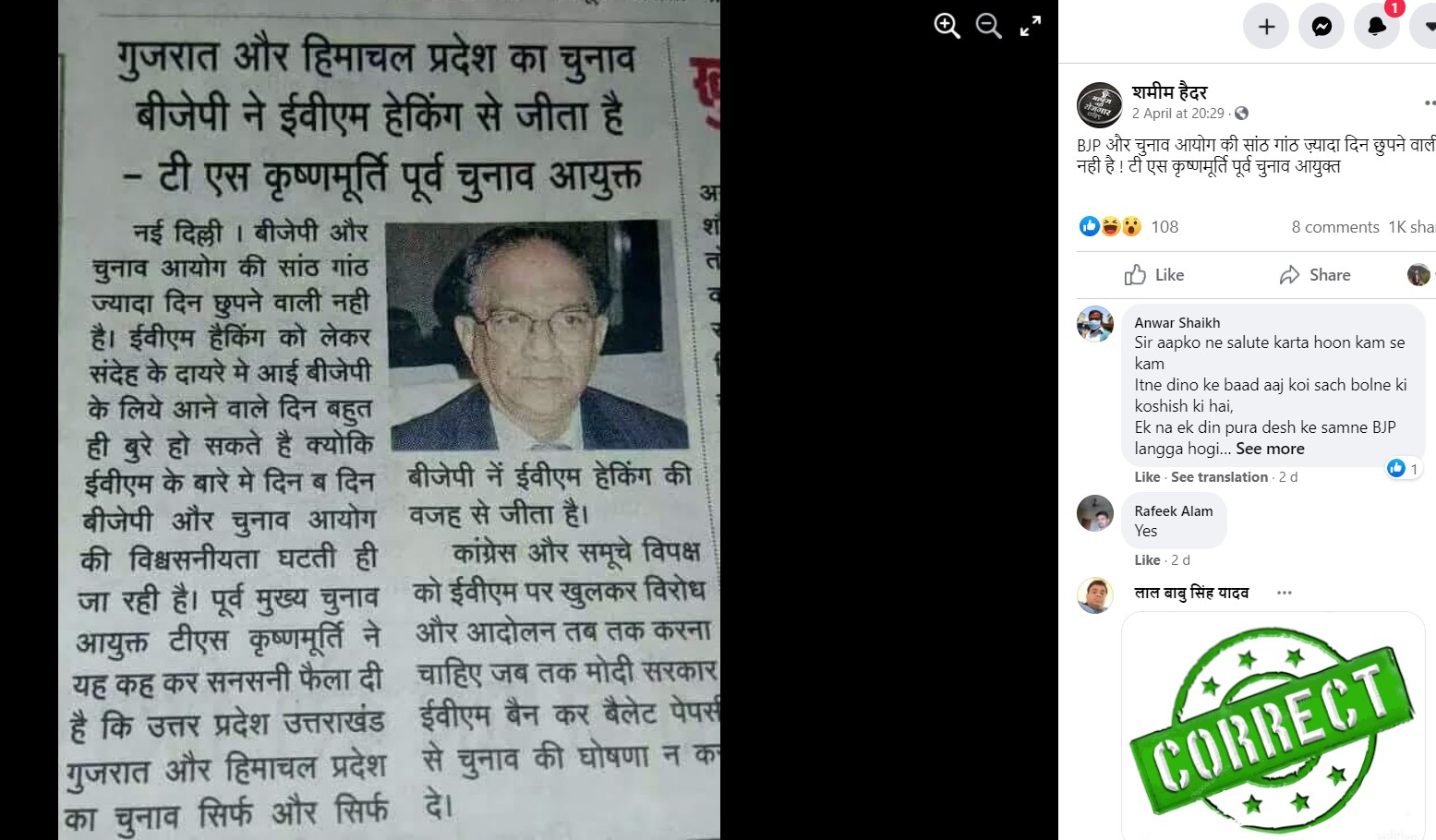 According to a New Indian Express report, dated March 12, 2021, an FIR was lodged against the news of EVM hacking attributed to former CEC, that was being circulated over the internet.

In the report, the poll watchdog had said that it had come to their notice that ‘an old fake news’ about EVM hacking was being circulated on some social media platforms. 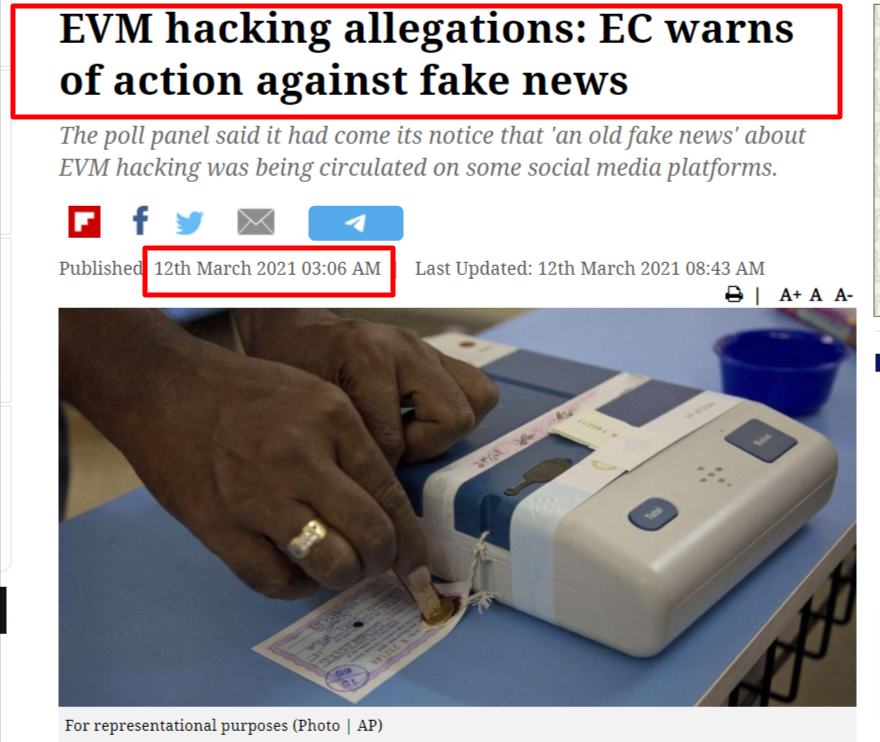 A similar report was published by Times Now Digital, according to which, the ECI claimed that the wrongful information was previously debunked by Krishnamurthy himself, soon after this matter had come to his knowledge in 2018.

On digging further, we checked the Election Commission website, where we found a press note by the poll panel rejecting the viral message attributed to the former CEC.

“The news item dated 21st December 2017 maliciously attributed that former Chief Election Commissioner of India Sh. T.S. Krishnamurthy had opined that a particular party won assembly elections by hacking EVMs. This wrongful information was previously debunked by former CEC himself, soon after this matter had come to his knowledge in 2018. This news is again being circulated by some miscreants on social media,” the poll panel said in the note. 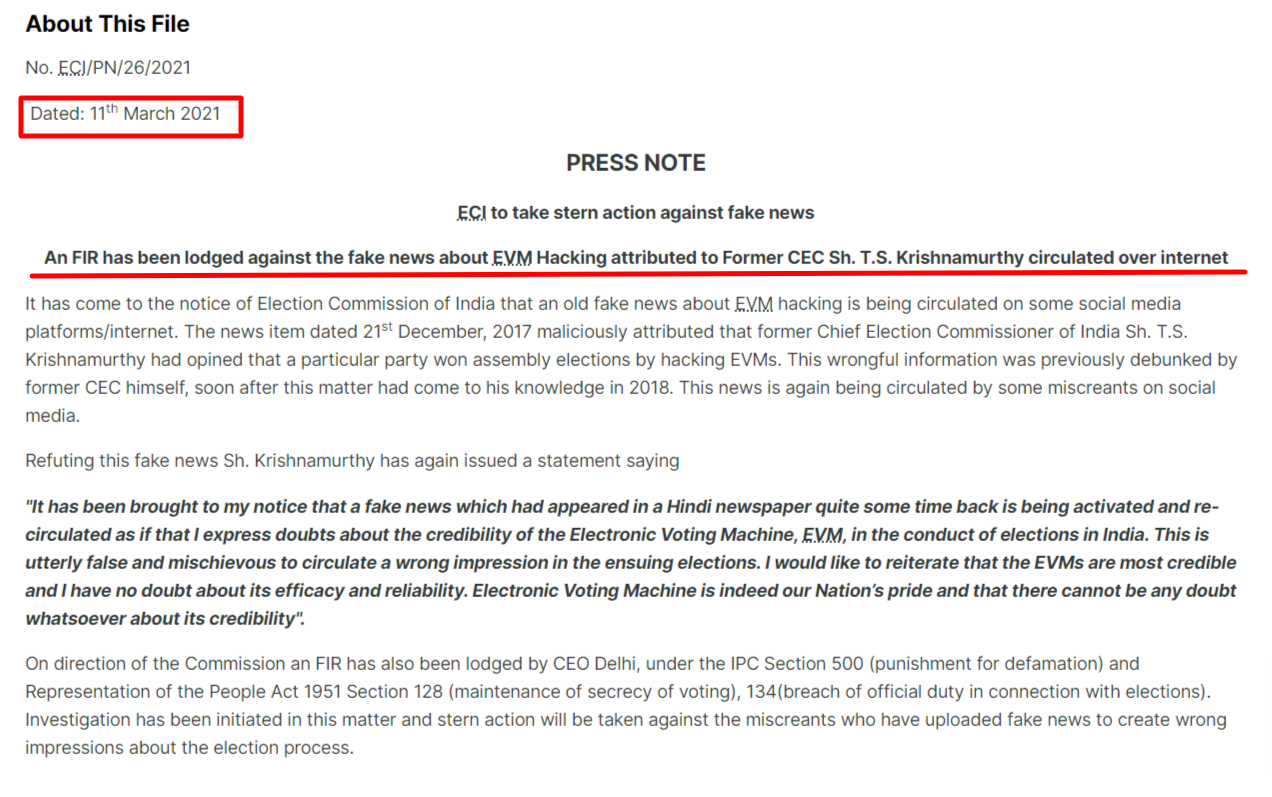 On further investigation, we found the quote was published by a website called www.thedailygraph.co.in on December 21, 2017, just three days after the results of the Gujarat and Himachal Pradesh assembly elections were declared. But we couldn’t find in which newspaper this report was published. Also, the aforementioned website doesn’t exist anymore. Here’s the archive version of the website.

Hence, from the above information, we can say that the quote which is being attributed to former CEC TS Krishnamurthy in the newspaper clip is false.