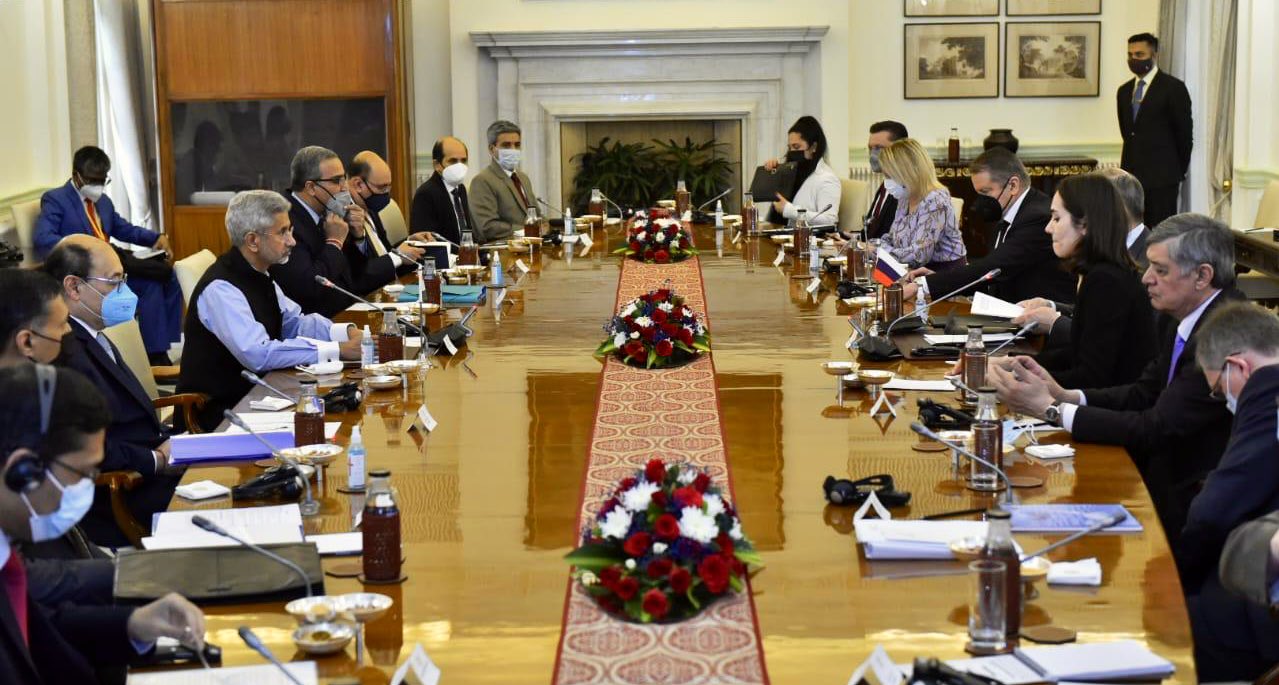 ShareTweetGoogleWhatsappPrint
Mail
Russia has backed talks with the Taliban and said inclusion of the Taliban is imperative for any political settlement of Afghanistan. Russia has also called for exchange of notes between Moscow and India in this regard.

Russian Foreign Minister Sergey Lavrov, who is in India on a two-day visit, also stressed that representatives of India and Russia, dealing with Afghanistan, must remain in constant touch.

India-Russia ties are characterised by consistent ability to identify and update shared interests.

Discussed preparations for the Annual Summit later this year. pic.twitter.com/oFHUrxbtng

“As far as Taliban, the Taliban movement is part of the Afghan society and decision on the settlement should foresee the participation of all political as well as ethnic-religious groups of Afghanistan otherwise it is not going to be stable. This decision has to be based on the balance of political and ethnic and religious interests including the representation in the bodies of power,” Lavrov said in New Delhi.

“Any other way that foresees the exclusion of any group from this process will not lead to the agreement that could be implementable and sustainable. All of those would be at risk of the resumption of hostility which is not anybody’s desire. I mean the members of the process,” he added.

India has taken part in Doha talks where Taliban participated. But there is an apprehension that Pakistan, where sanctuaries of Taliban militia exist, may use its influence on the Taliban against India.

New Delhi is also concerned about growing violence levels in Afghanistan ever since talks began.

India has invested more than USD 2 billion in building essential infrastructure that includes schools, parliament building and dams in Afghanistan. It also plays an prominent role in training the Afghan National army.

Russian Foreign Minister, who held talks with Jaishankar, said, “We have similar positions with India. We always say that neighbours and all-powerful actors in the region should set up conditions for the Afghanistan population to agree domestically and as far as the involvement of external actors, the best way here is to advocate the Moscow format. We brought together several times on table not only neighbours but all central Asian countries, India, Iran, Pakistan, China, the USA and the Russian Federation.”

“We stand ready to hold respective consultation and meetings, if need be, if it is sound appropriate by all of the countries which I just enumerated,” he added.

He said as far as providing security of Afghanistan, “it depends primarily on whether the settlement will be achieved”.

“We should also take into account regional context, we would welcome along with the domestic settlement of Afghanistan, we would welcome the consultations and talks of how to bring forth such agreement on confidence-building measures, strengthening of security with involvement of the neighbours of Afghanistan.” (With ANI inputs)