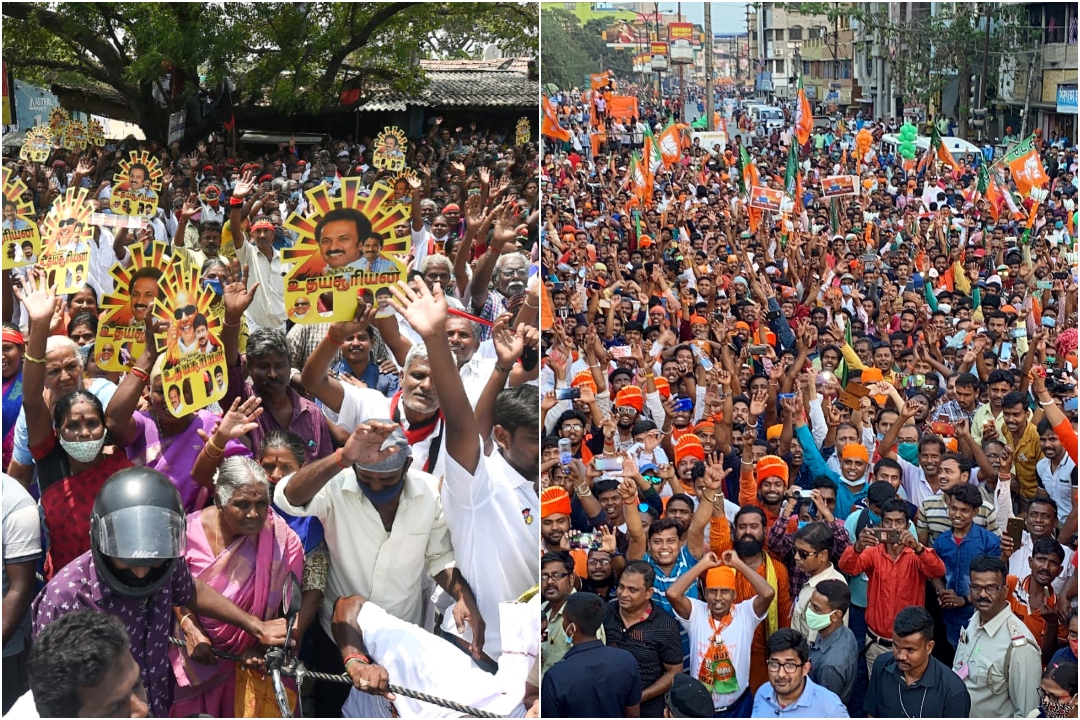 The campaign for assembly polls in four major states and a union territory was fierce as political leaders took potshots at each other. But candidates and leaders employed other means too to woo the electorate including cooking food, singing songs and plucking tea leaves.

The campaign also saw parties trying to outdo each other in their promises to woo the electorate. Slogans, catchlines and epithets played a part in the campaign in all states with bigwigs using them in their speeches to target their opponents.

The elections are crucial for both the national players – BJP and Congress as also major state players – Trinamool Congress, AIADMK and DMK. The polls are also crucial for the Left parties.

Campaigning ended in Tamil Nadu, Kerala and Puducherry on Sunday. It also ended for the third phase of assembly polls in Assam and West Bengal.

The polling process will be completed in Assam with the third phase of polling on Tuesday while Bengal has an eight-phased election.

Mamata Banerjee, who is campaigning on a wheelchair due to injury sustained during a visit to her Nandigram constituency, tried her hands on a football and passed it to the crowds in Howrah last week.

She juggled it in her hands to ‘khela hobe’ cheering by the gathering. She then passed the football towards the crowd.

Congress general secretary Priyanka Gandhi Vadra, during her campaign in Assam, plucked tea leaves with estate workers at Sadhuru tea garden in Biswanath district. Dressed in a saree, the 49-year-old leader had a basket on her back.

Actor-turned-politician Khushbu Sundar, who is a BJP candidate from the Thousand Lights assembly constituency in Tamil Nadu, cooked dosas as part of her election campaign.

Congress leader Rahul Gandhi on Sunday took an autorickshaw ride at two places in Kerala as part of his campaign in the state. CG Rajagopal, BJP candidate from Kochi constituency sang songs in Malayalam for people as part of his election campaign. The counting of votes will take place on May 2.