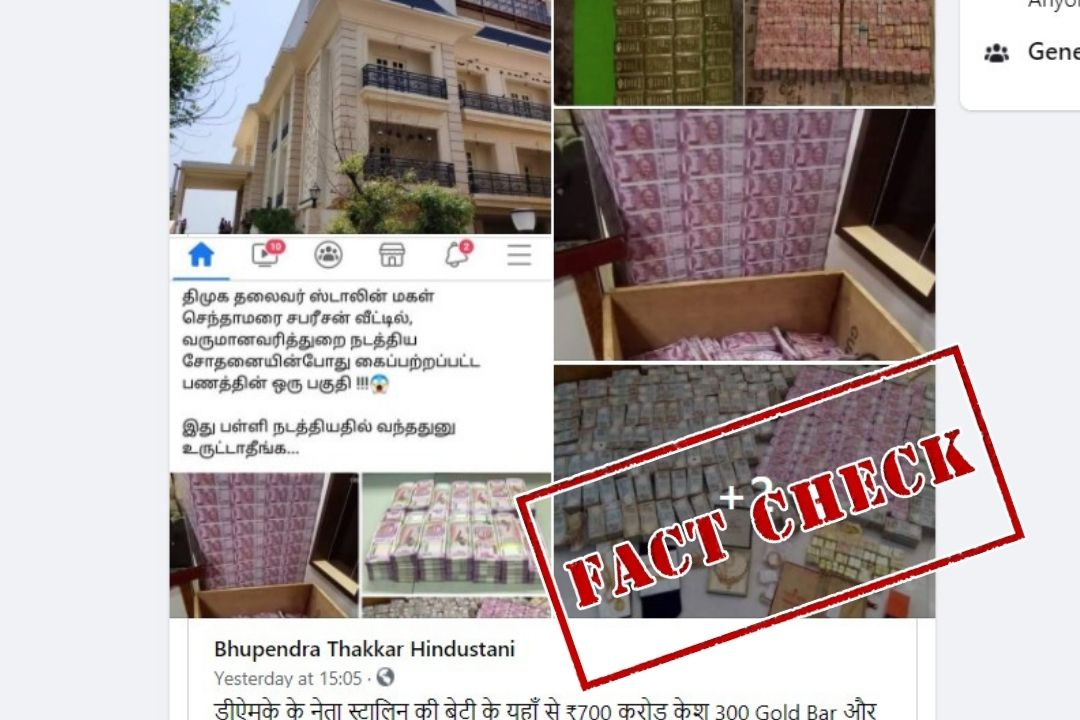 Hours after Income Tax department conducted raids at DMK Chief MK Stalin’s daughter’s house in Chennai on April 2, several social media users shared images of cash and gold bars, with a claim that Rs 700 crores in cash, 300 gold bars and unaccounted documents worth Rs 3,000 crores were seized in the raid.

(Translation: ₹ 700 crore cases, 300 Gold Bar and documents of ₹ 3000 /- crore properties has been found from DMK leader Stalin’s daughter house. Opposition parties always accuse BJP of misusing the government system to suppress their voice. Did BJP ask them to do such black deeds? Did the government officers bring all this (cash, gold bars, documents) along?) 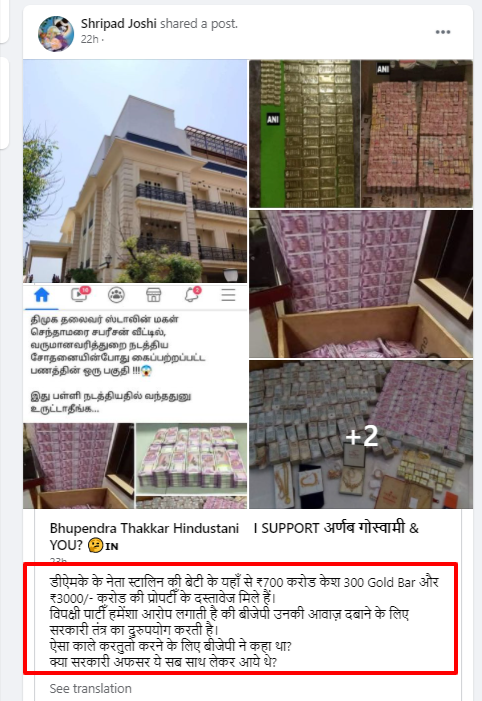 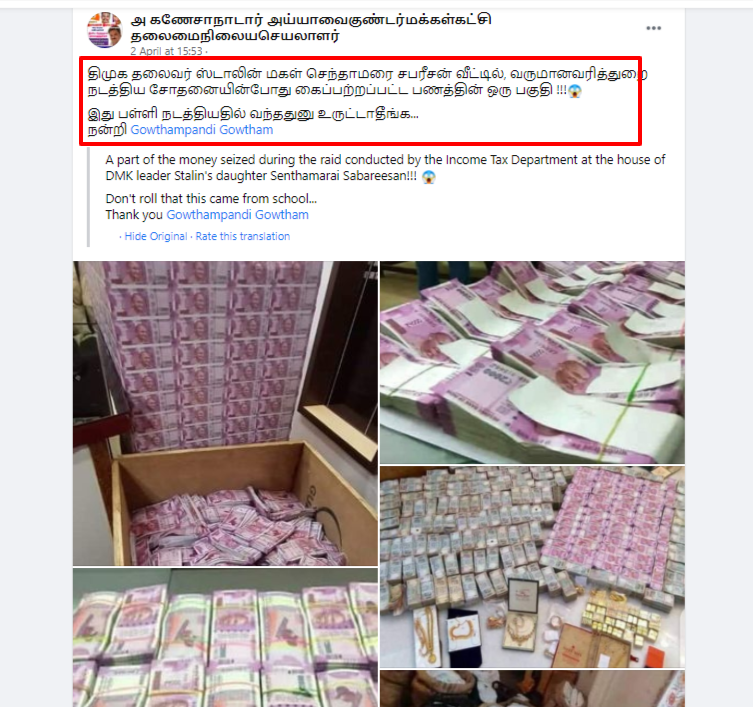 Firstly, we searched about the news and found some media reports which stated that the Income Tax department found only Rs 1.36 lakh in the raid which was returned after family members produced documents accounting for the money, which they said was for household purposes.

According to an NDTV report, which quoted the sources, the raids were based on “credible” information on the movement of cash allegedly meant to bribe voters ahead of the Assembly elections in the state. 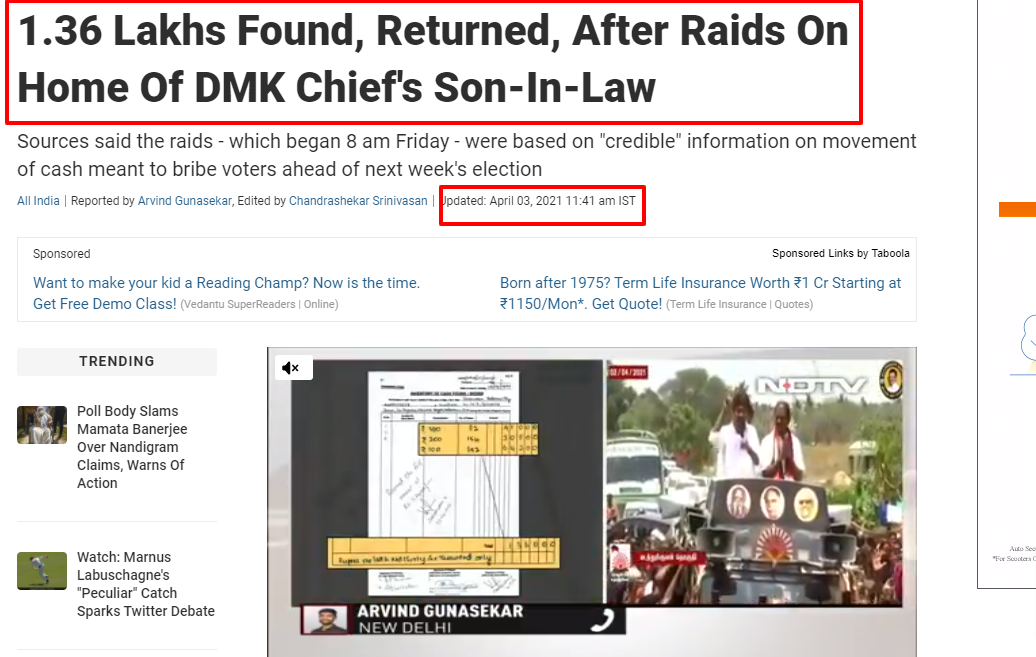 On digging further with relevant keywords, we also found a post by Tamil Nadu-based Sun News which had carried a picture of an actual receipt containing the inventory of cash seized. It names DMK Stalin’s son-in-law Sabarisan Yedamurthy in it.

From the above reports, we can say that the I-T department did not find a huge amount of cash, gold bars etc in the recent raid at MK Stalin’s daughter’s house.

We then checked for the images which are being circulated with the viral post with Google Reverse Image Search along with some relevant keywords. 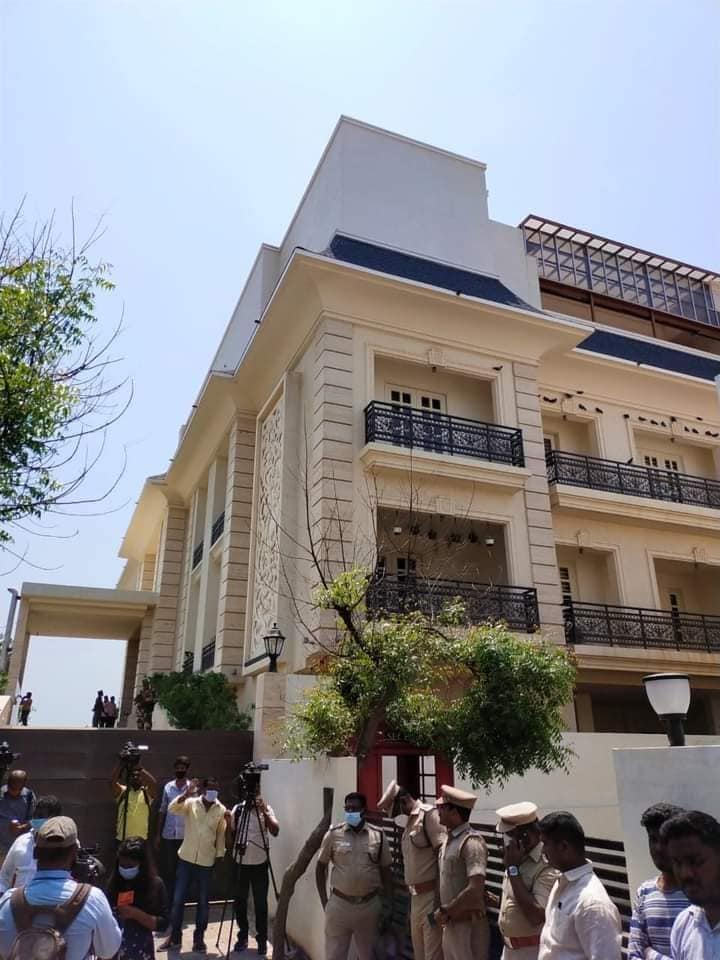 We found the above picture of the house in a Times of India report, dated April 2, 2021, with the caption: “IT raids MK Stalin’s daughter’s houses in Chennai”. 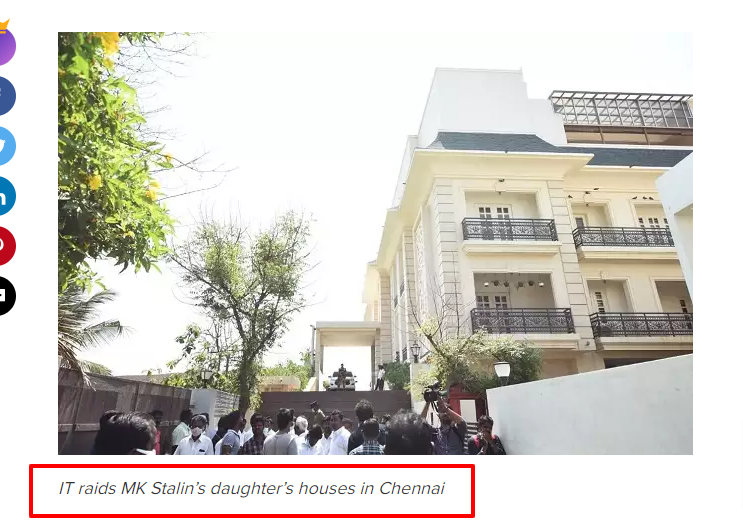 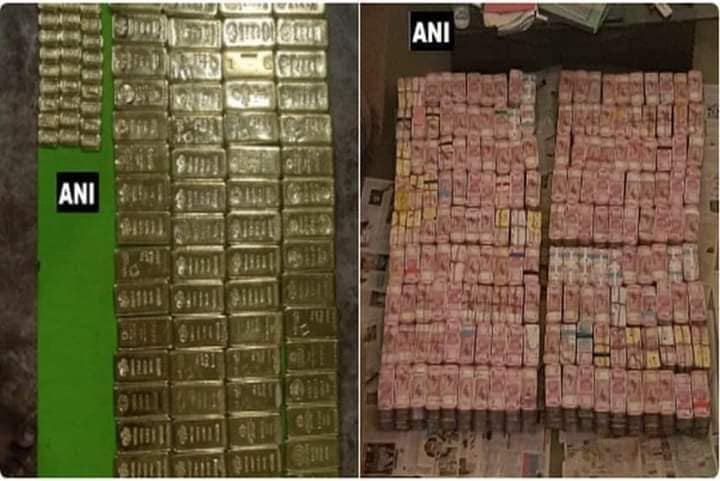 The above two pictures are from 2018 when gold biscuits weighing around 100 kg and Rs 163 crores in cash were seized by the Income Tax department from 20 locations in Tamil Nadu, according to an ANI tweet.

Gold biscuits weighing around 100 kg and Rs 163 crore in cash that is suspected to be unaccounted, seized by the Income Tax department from 20 locations of SPK company in Madurai, Aruppukkottai, Vellore and Chennai. Raids started y’day, still underway at few locations. #TamilNadu pic.twitter.com/LY5fgyS9TM

The above picture is also an old image from 2019 when Telangana’s Khammam police seized 320 bundles of Rs 2000 denomination fake notes, according to ANI. Here’s the tweet. 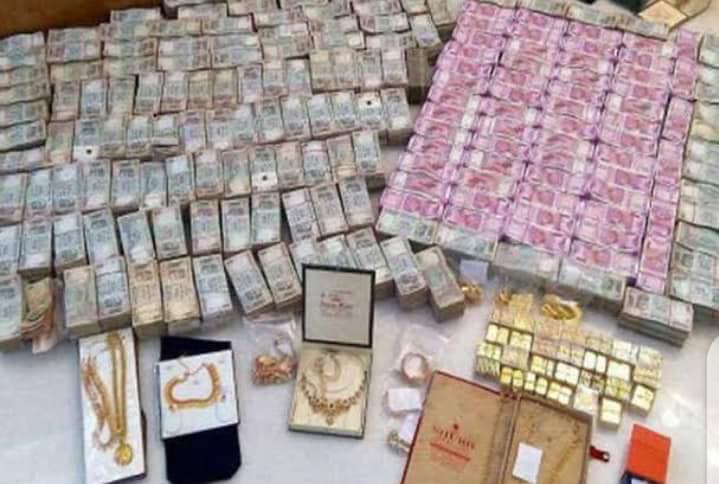 We found the above picture in an article by Hindustan Times, dated December 11, 2016, with the title: “Karnataka: Rs 5.7 cr in new notes, 32 kg gold found in secret bathroom chamber” 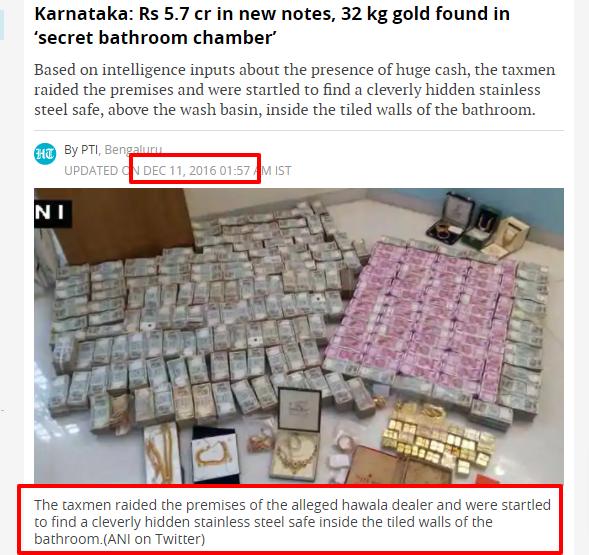 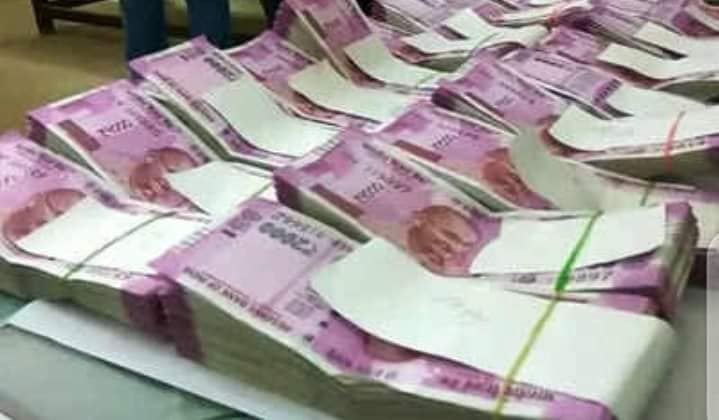 When we ran a Reverse Image Search on the above image, we found an article by The Economics Times, dated January 20, 2017, which featured the same image. This means the image is old and not from the I-T raid conducted at MK Stalin’s daughter’s house. 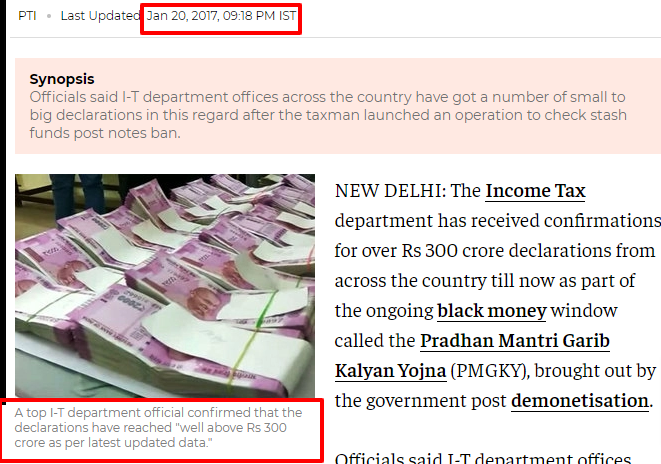 Hence, from the above information, it is clear that the claim – Rs 700 crores in cash, 300 gold bars and unaccounted documents worth Rs 3,000 crores were seized in the I-T raid from MK Stalin’s daughter’s house – is false. The pictures being shared with the viral post are OLD.