Home NM FACT CHECKER Fact Check: No, The Ever Given Ship Did NOT Blare ‘Dhoom’ Tune... 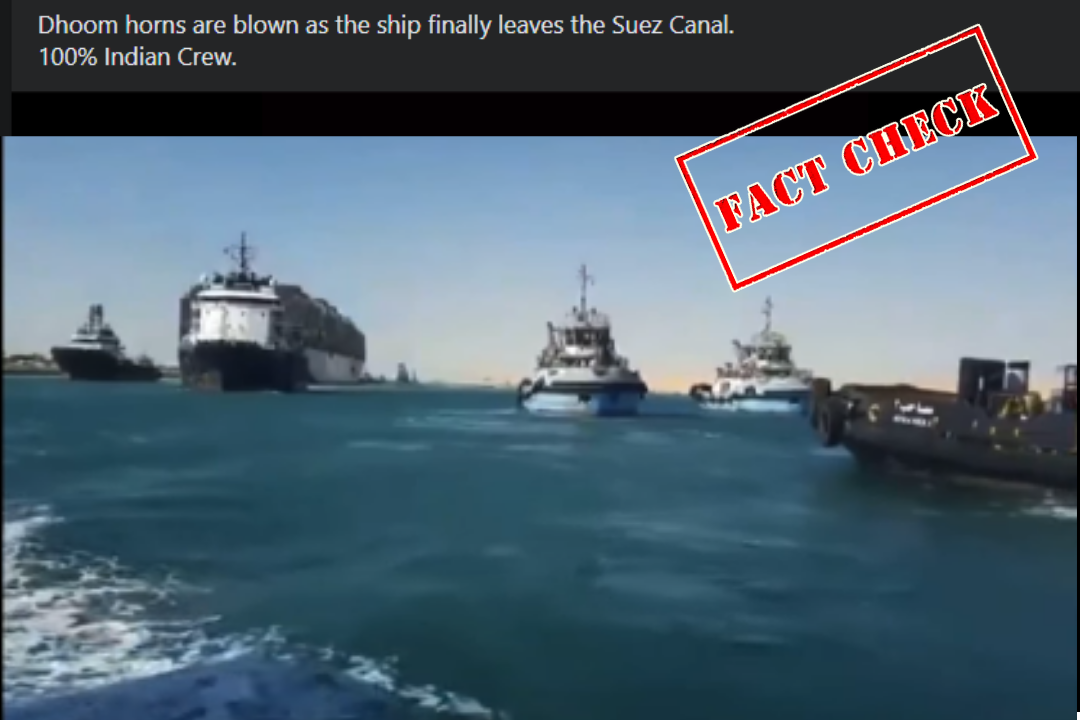 A video is doing rounds on social media with a claim that the Ever Given ship which was stuck in Suez Canal for almost a week blared horns of the Bollywood ‘Dhoom’ tune while sailing back into the waters.

A user shared the post with a caption, “Dhoom horns are blown as the ship finally leaves the Suez Canal. 100% Indian Crew.’ 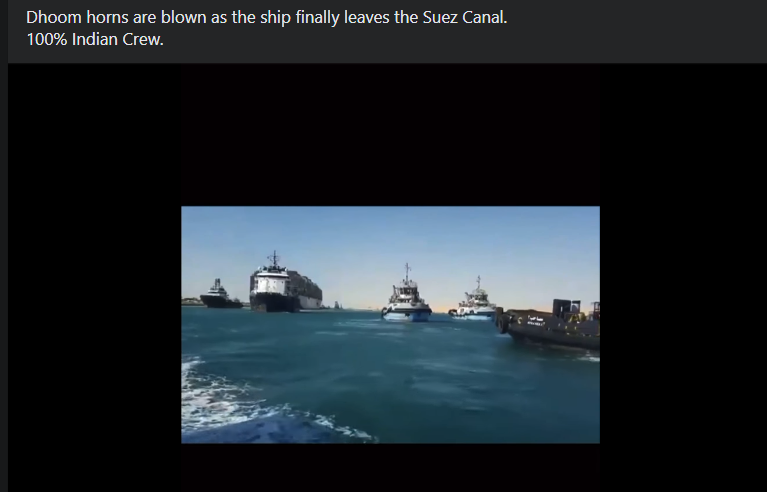 NewsMobile fact-checked the above post and found that the video is morphed and the claim is false.

We ran a Reverse Image Search on the keyframes from the video and found the video on Facebook published by ABC News on March 29, 2021. The caption of the video read, ‘Horns blare in celebration as the Ever Given ship, which has been stuck on the banks of Suez Canal since last week, is finally set free.’.

However, in the video, we could only hear regular horns of ships and the sound of water but not any Dhoom soundtrack horn.

We found another video by The Telegraph dated March 29, 2021, on YouTube. The title of the video read, “Suez Canal: Tugboats sound horns as Ever Given container ship ‘fully refloated”. In this video too, only regular ship horns can be heard.

The description of the video read, “The giant container ship that was blocking the Suez Canal was fully floated on Monday afternoon, according to the Suez Canal Authority (SCA), with footage shared online showing the vessel moving in the channel”.

More videos of the ship sailing back into waters can be seen here and here. The Dhoom soundtrack is not heard in any of these videos too.

Hence, based on the above information, we can say that the video is morphed and the sound of the Dhoom soundtrack has been superimposed on the video.