Home NM FACT CHECKER Fact Check: No, PM Modi Did NOT Wave At An Empty Ground;... 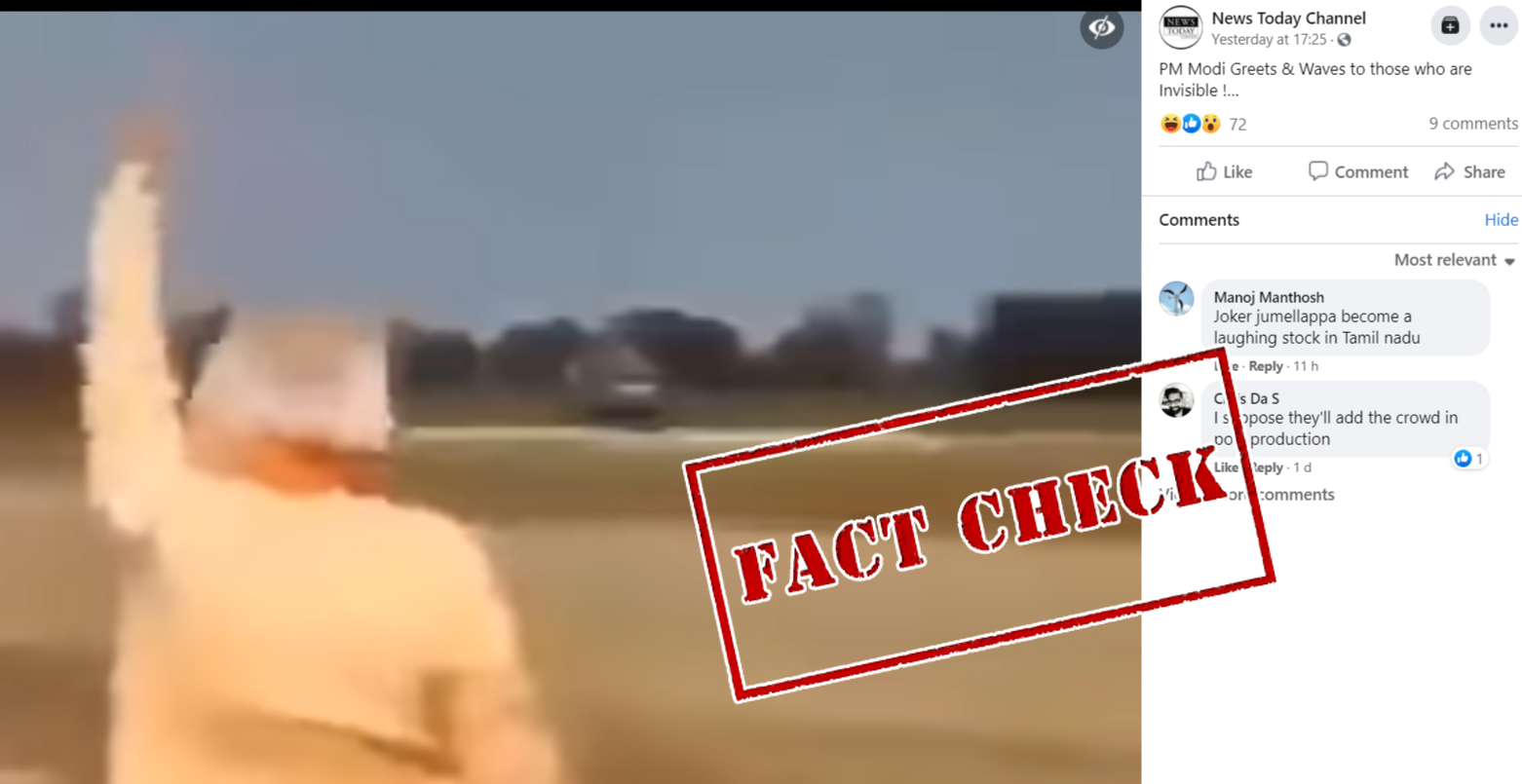 A video of Prime Minister Narendra Modi waving at what appears to be an empty ground is being shared on social media.

Social media users shared the video with the caption,” PM Modi Greets & Waves to those who are Invisible.”

More such videos can be seen here and here.

The same video was also shared by the official Twitter account of Congress but has since been deleted. The archived version can be seen here. 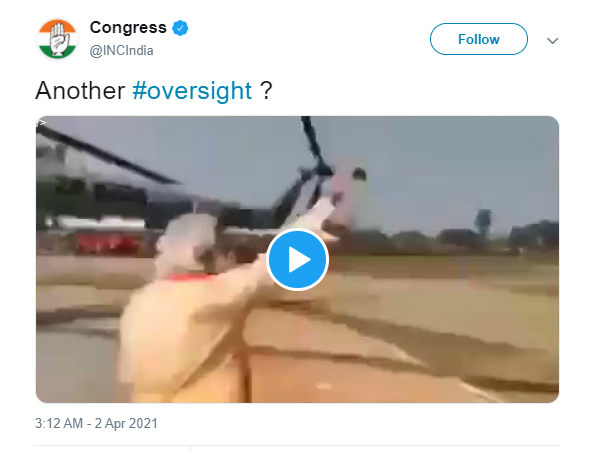 We ran a keyword search and found out that the same video, in high resolution, was shared by the official Facebook page of Bhartiya Janta Party on April 1, 2021.

“Scenes from PM Narendra Modi’s rally in Jaynagar have the unmissable message of Ashol Poriborton in Bengal,” the caption read. 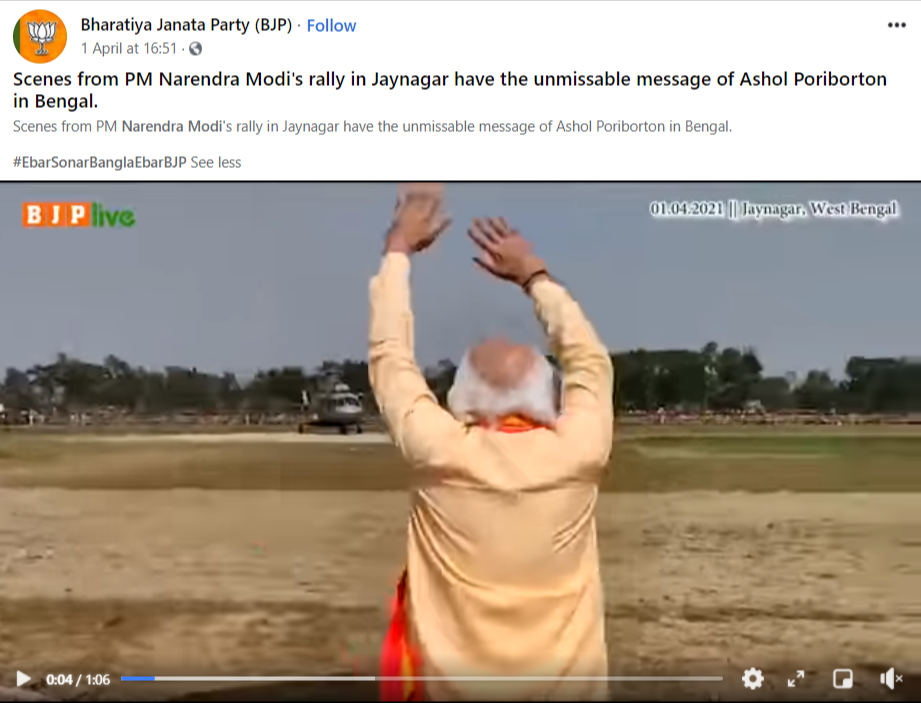 We found that the video was taken when Prime Minister Narendra Modi went to address rallies in Uluberia and Jaynagar in West Bengal on April 1, 2021.

When we compared both the videos, it became clear that people were blurred out and the sound was removed from the original video and the manipulated video was being shared with a misleading claim.

Hence, from the above fact check, it is clear that video is being shared with a misleading claim.